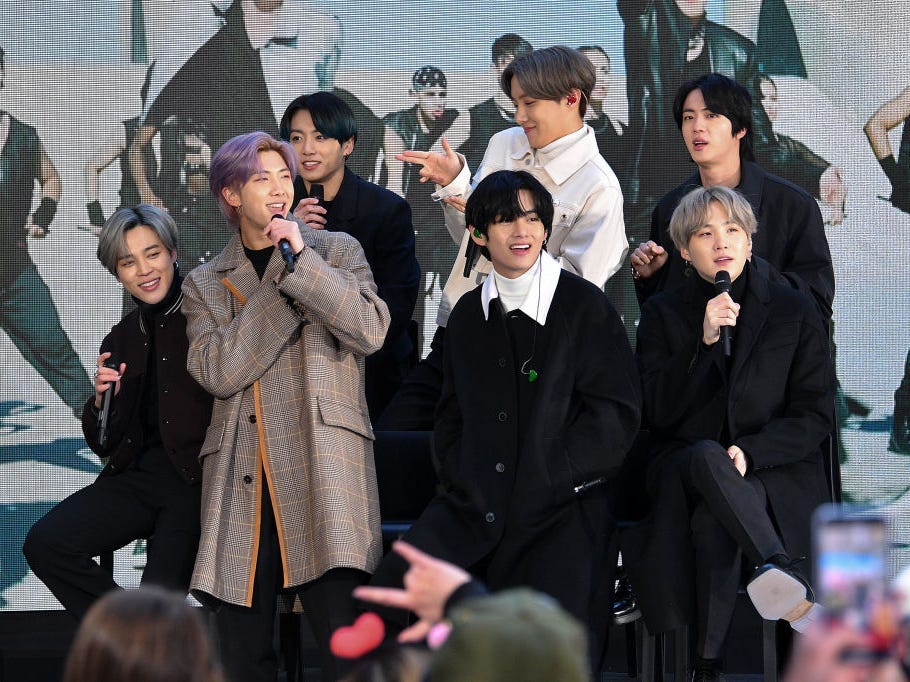 In the years since BTS debuted in 2013, they have become not only the biggest boy band in the world, but also one of the most powerful voices of youth across the globe.

Their Korean name, Bangtan Sonyeondan, loosely translates as “Bulletproof Boyscouts,” and from their first single album onwards they have delivered incisive cuts and thoughtful ruminations on youth and identity through their music.

It’s no exaggeration to say that their discography is stacked with good album after good album.

From their earliest years, BTS’s strong thematic focus and involvement in writing and producing their own music has helped them consistently release great music across a variety of genre influences ranging from hip-hop to EDM to neo-soul.

In ranking the group’s four studio albums and two compilation albums, Insider considered factors including lyrical quality, ingenuity, cohesiveness, number of standout songs, critical reception, and legacy â€” the impact that each work had on BTS’ own career and the music industry.

This ranking is limited to the group’s Korean discography. EPs, singles albums, and albums rerecorded in other languages were not considered.

7. BTS’s first studio album “Dark & Wild” is full of spirit, but isn’t quite as cohesive or deep-cutting as later releases. 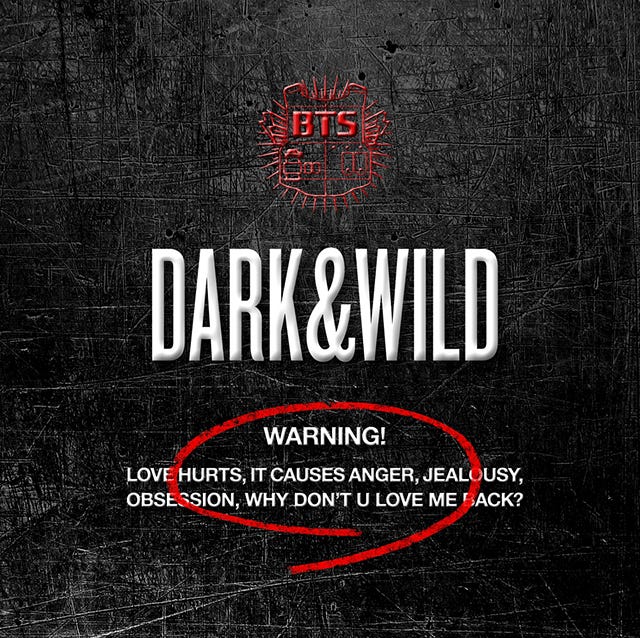 “Dark and Wild” may have come in at last on this list, but overall, it was a strong showing for the group’s first full-length album.

It bears the hip-hop style that dominated their early single albums and EPs, driven by a rap line – RM, J-Hope, and Suga – that could spit solid bars from the get-go.

“Dark and Wild” isn’t nearly as cohesive nor polished as the group’s later albums, and doesn’t quite have their heart.

But, it’s a wild ride through and through: while dominated by passionate tracks like “Danger” to flirtatious cuts like “War of Hormone” or “Look Here,” there’s still a sense of balance on the album.

Tracks like “Let Me Know” and “Rain,” which lean more towards melancholy, are two of the best songs on the album and standouts even in BTS’s wide discography.

Ultimately, “Dark & Wild” doesn’t bear the same kind of thematic resonance present in many of BTS’ later works. The group waxes poetic about love troubles in one track and reflects on their hip-hop influences in the next, and certain tracks like “Could You Turn Off Your Mobile phone” fit the album’s groove but aren’t as strong lyrically.

While “Dark & Wild” is a diverse set of angst-driven bops, it doesn’t quite measure up to its successors.

6. BTS dove into the darker sides of love on “Love Yourself: Tear,” one of the group’s shortest studio albums. 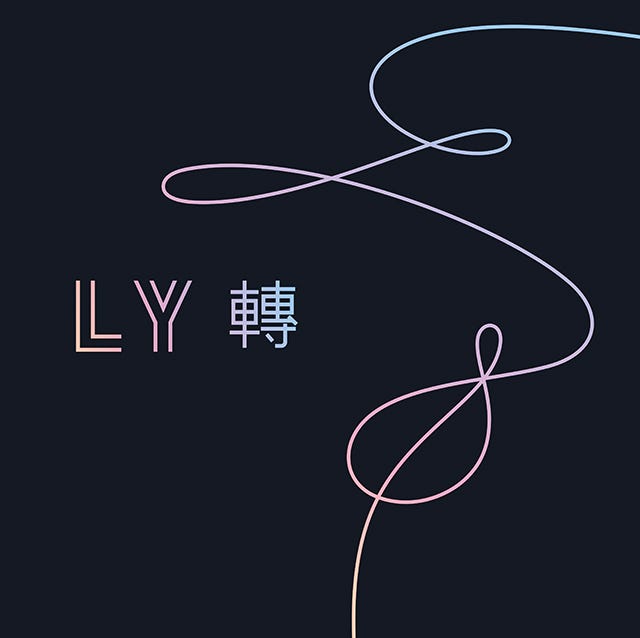 BigHit Entertainment‘Love Yourself: Tear’ was released on May 18, 2018.

“Love Yourself: Tear” is a middle instalment of BTS’ “Love Yourself” series, and is primarily concerned with the darker sides of love. A tight, 11-song package, “Tear” is one of the group’s shortest studio albums, and it puts the brevity to use.

Despite some impressive genre-shifting over the course of the album, the sequencing is impeccable. It starts with V’s simmering neo-soul introduction, “Singularity,” before launching into the primary single “Fake Love,” which laments the trials of trying to change yourself for love.

From there, “Tear” picks up the pieces, sinking into the vocal depths of Steve Aoki-produced “The Truth Untold” and embarking on a pop journey that culminates in the rap line’s explosive “Outro: Tear.”

Compared to some of the group’s deepest dives like “Map of the Soul: 7” or “Wings” though, “Love Yourself: Tear” isn’t quite as ambitious or elaborate, nor did it represent a profound shift in their career like “The Most Beautiful Moment in Life: Young Forever.”

Still, as a standalone album, it’s a tight product with few low points – even its worst song, the anthemic “So What” is more than capable of holding its own.

Worst songs: “So What”

5. “Map of the Soul: 7” is introspective and full of references to the group’s old music, but isn’t quite as coherent as other releases. 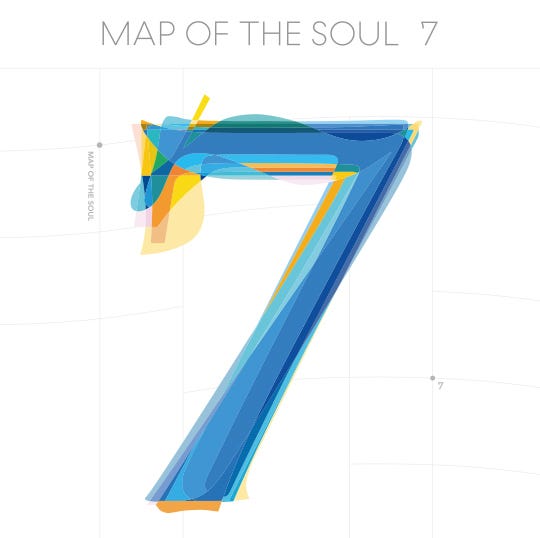 The fact that “Map of the Soul: 7” falls in the lower half of this list is a testament to how ridiculously stacked BTS’ discography is.

Prior to “Be,” “Map of the Soul: 7” was marked as the group’s most personal album, leveraging Jungian psychology to examine the self. Using selections from their 2019 EP “Map of the Soul: Persona” as a five-track introduction, “7” is a wild journey that doesn’t feel quite as cohesive as some of the group’s other albums.

However, it does have some of the group’s best tracks to date.

Lead single “Black Swan” is shockingly candid, grappling with the members’ fear of a “first death” from falling out of love with music. The album’s solo tracks, particularly Jimin’s simmering “Filter” and Jin’s lush, affectionate “Moon,” are some of the best across the group’s discography.

More than anything though, “Map of the Soul: 7” feels like a bridge between the group and their passionate fans, ARMY, offering glimpses into the members’ fears, joys, and memories.

It’s also a reward for longtime listeners of their music: in examining their identity, BTS samples tracks from their earliest years, repurposing them in RM’s “Intro: Persona,” Suga’s “Interlude: Shadow,” and J-Hope’s “Outro: Ego.” The Halsey-assisted “Boy With Luv” and “ON” are inversions of the group’s 2013 single “Boy In Luv” and 2014 single “N.O,” respectively.

While there aren’t any truly bad songs on “Map of the Soul: 7” (perhaps with the exception of the version of “ON” featuring Sia), it lacks the cohesion and dramatic arc of some of the group’s earlier albums. In a discography like BTS’, that matters. 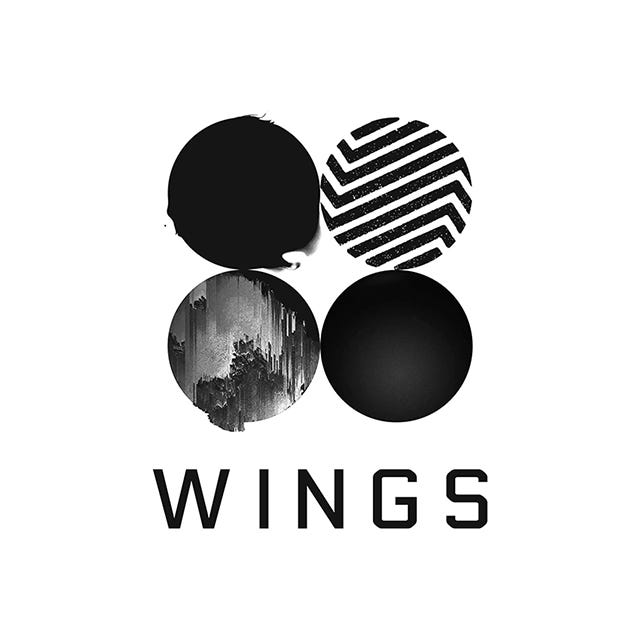 Thematically, it draws influences from texts like “Demian” by Herman Hesse.Musically, it’s a triumph that lives up to the soaring promise of its title.

For the first (but not the last) time in BTS’ discography, all seven members have a solo track on the album. Together they paint a cohesive picture, giving “Wings” one of the most poignant emotional arcs in their catalogue.

Kicking off with Jungkook’s “Begin,” the solo descends through Jimin’s dramatic “Lie,” V’s anguished “Stigma,” and Suga’s reflective “First Love” before landing at RM’s “Reflection,” in which the rapper speaks about feeling isolated and struggling with self-love.

J-Hope’s euphoric “Mama” brings back the sun, building to the emotional climax of Jin’s strings-backed “Awake.”

The album repackage, “You Never Walk Alone,” delivers “Spring Day,” one of the group’s most beloved singles (which references Ursula Le Guin’s short story “The Ones Who Walk Away From Omelas”) as well as the bombastic “Not Today.”

If I was forced to pick the worst songs, it’d have to be the politically-charged“Am I Wrong” and “21st Century Girl,” which would feel right at home in the group’s “Most Beautiful Moment In Life” era but don’t fully align with the rest of the album.

3. “Love Yourself: Answer” is a tome that encapsulates all varieties of love. 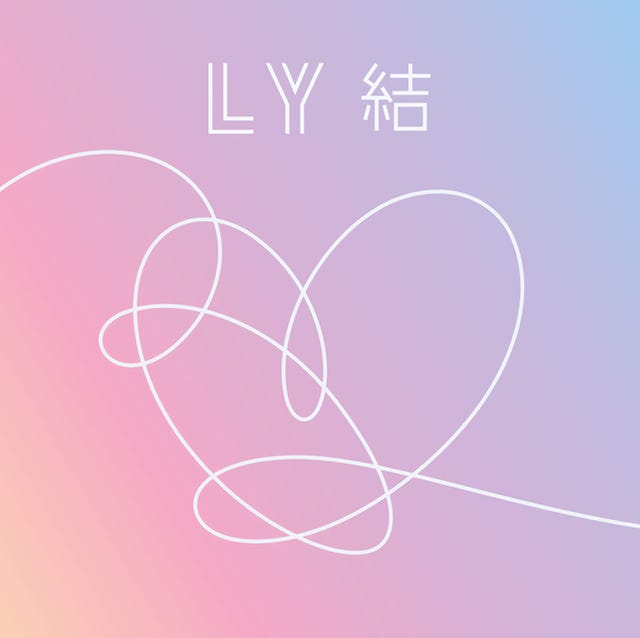 BigHit Entertainment‘Love Yourself: Answer’ was released on August 24, 2018.

The conclusion of the trilogy focusing on various kinds of love, “Answer” thematically ties the series together through another full set of solo tracks and “Idol,” a self-love anthem that had stadiums of people yelling “you can’t stop me loving myself.”

Jungkook’s “Euphoria” is pure production ear candy, while RM’s “Trivia: Love” uses wordplay on the Korean words for person (saram) and love (sarang) to express how someone you love can “erode all [your] edges. Suga’s “Trivia: Seesaw” shows off the rapper’s considerable vocal skill, and Jin’s “Epiphany” is an overwhelming wave of self-acceptance.

Listening through “Answer” is an exhilarating, but not fully unified, experience.

As a compilation album, its first 16 tracks have a definite arc that encompasses the new tracks, while the following is a collection of some of the group’s iconic b-sides from “Her” and “Tear.” Remixes, including the jarring “DNA (Pedal 2 LA Mix),” round out the album.

Still, it’s hard to not let the album’s heady emotions wash over you as it transitions between songs about infatuation, dark love, and self-confidence.

2. “Be” is a refreshingly candid pandemic album done right. 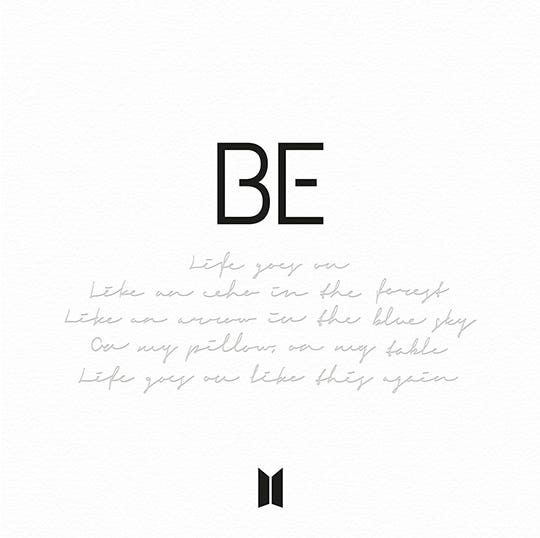 BigHit Entertainment‘Be’ was released on November 20, 2020.

“Be” is an album that was designed to bring reassurance and hope to a world still suffering from a pandemic.

On it, BTS commiserate, lament, reassure, celebrate, and reflect on their lives during quarantine, bringing nuance, candor, and comfort to listeners in a way that comes off as painfully understanding rather than condescending.

From the album’s first track “Life Goes On,” the guys position themselves as people in their 20s who are just living through all of this too. In the music video, there’s a shot of the Seoul Olympic Stadium, where the group would have kicked off their 2020 tour. It’s a subtle symbol of how the pandemic has affected them as well.

“Be” explores the mundanity of quarantine life, from the disorienting but comforting experience of spending time at home in “Fly To My Room” to the impulse to overwork in explosive hip-hop track “Dis-ease.”

Separated by a “skit” in which the members discuss their Billboard Hot 100 No. 1 with “Dynamite,” its two halves are complementary with the hip-hop, disco, and EDM flavours of the second balancing the softer instrumentation of the first.

What makes “Be” so remarkable, however, is that it epitomizes the honesty and empathy that’s pervasive within BTS’ discography.

The seven members were each intimately involved with the development of this album and livestreamed their creative process throughout, with RM saying at a pre-release press conference that it felt like the group had “made this album together with the fans.”

It doesn’t necessarily reach the anthemic heights of BTS’ “Most Beautiful Moment in Life” undertaking, but “Be” is their most candid, empathetic album yet.

It doesn’t have any skips, but the carefree “Dynamite” doesn’t fully stack up to the introspection of the other tracks.

1. “The Most Beautiful Moment in Life: Young Forever” is a timeless capsule about what it means to be young. 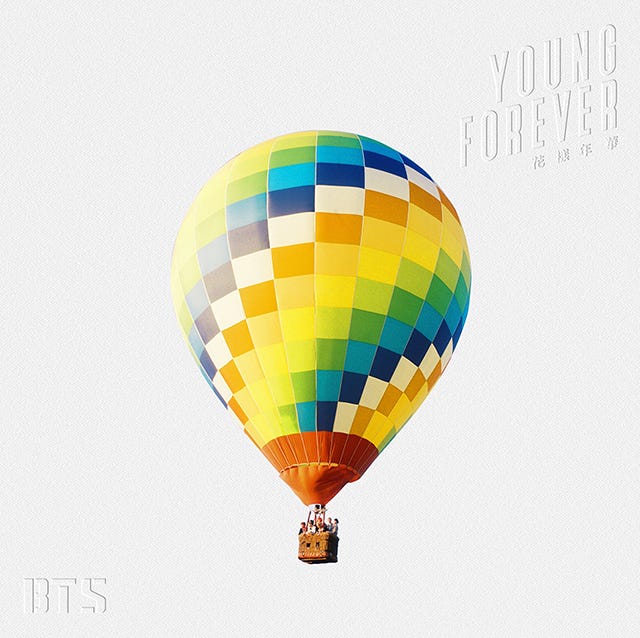 BigHit Entertainment‘The Most Beautiful Moment In Life: Young Forever’ was released on May 2, 2016.

The album even won the group their first daesang – one of the biggest awards at an end-of-the-year award show – for album of the year at the 2016 Melon Music Awards.

It also set a precedent for the kind of music they would continue making throughout the remainder of the decade.

Miraculously, the album’s almost-chaotic mix of emotion comes together in a cohesive project that encapsulates one of the most defining musical eras of the group’s career.

Multifaceted as it is, none of its tracks should really be passed over, although the alternative mixes of both “Run” and “Butterfly” are both unnecessary iterations on nigh-perfect tracks.

Overall, “The Most Beautiful Moment in Life: Young Forever” still feels utterly timeless even four years after its release.

Even as the members have grown up (with their fans alongside them), the youthful focus of their earliest music stands the test of time.