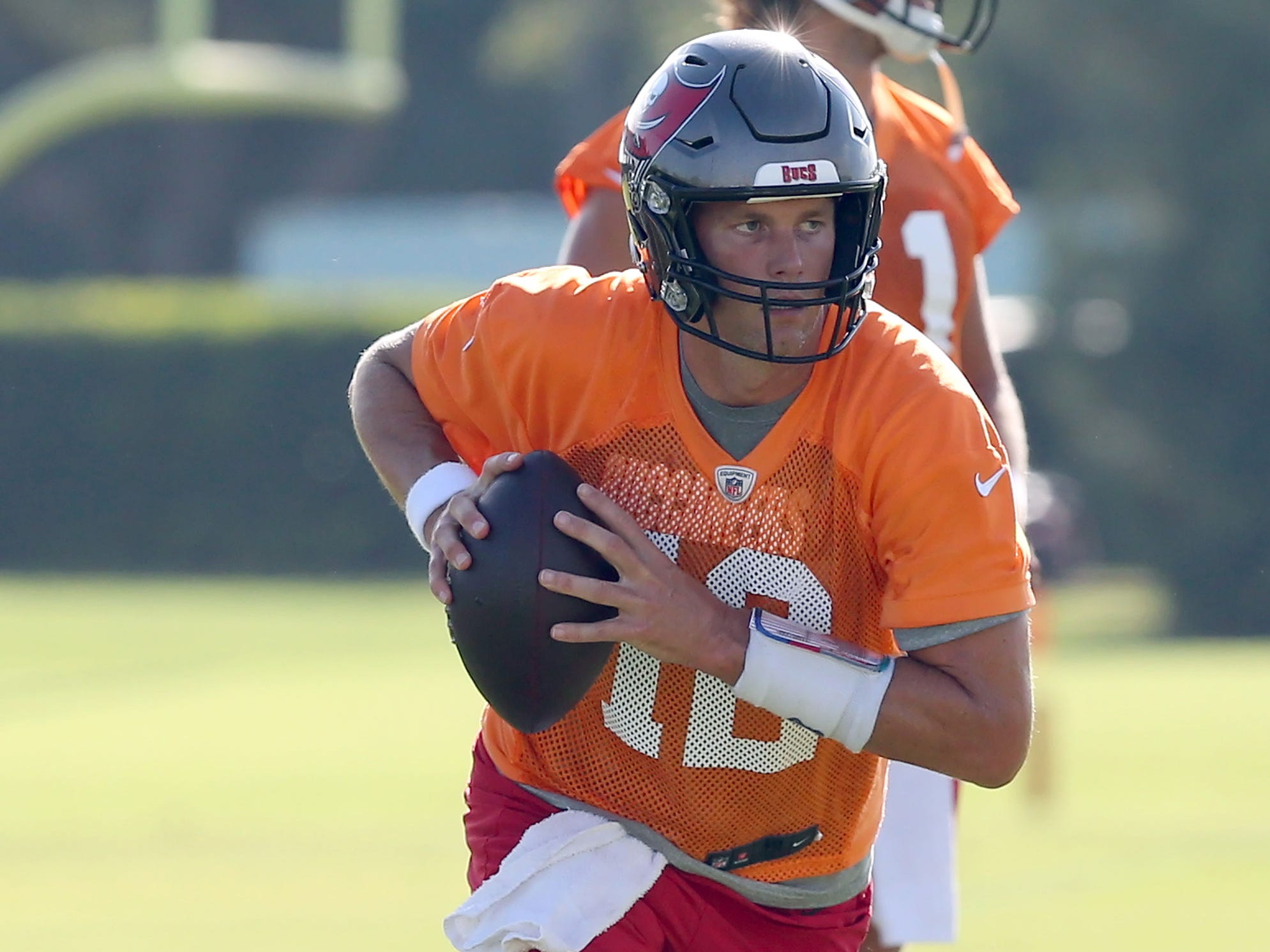 Cliff Welch/Icon Sportswire via Getty Images)Tom Brady (12) of the Bucs rolls out to his right as he looks for an open receiver during the Tampa Bay Buccaneers Training Camp on August 13, 2020.

This fall, Tom Brady will attempt to do what no quarterback has ever done before: change teams 20 years into his career and lead his new club to a Super Bowl.

At 43, Brady might have his fair share of doubters. His final season in New England was far from triumphant, as his ageing arm seemed to fail him on a semi-regular basis.

But according to Brady’s new head coach, Bruch Arians, there’s nothing to worry about. Speaking with Peter King of NBC Sports, Arians silenced any doubters that might think Brady’s best throws are behind him.

“They’re not that smart,” Arians said of those that didn’t believe in Brady. “The guy can make every throw. He threw a ball 60 yards the other day to [wide receiver] Scotty Miller that was on a dime. The thing about our offence is you throw it to the guy that’s open. If Tom [sees an open man deep], he takes the shot. If not, read it out. He and Peyton have that same characteristic. Like, I’m not gonna take a 50/50 shot when I got a 90 per cent shot underneath.“

Brady’s new offensive coordinator, Byron Leftwich, agreed, saying that people don’t yet realise how much Brady will prosper with the Bucs.

“People who say that don’t know our offence,” Leftwich said. “I know what we really do. Who he is, and as smart as he is . . . He’s done everything we ask our quarterbacks to do in this offence. I’m just telling you, he fits us extremely well.”

While we won’t know how his arm looks against real competition until the regular season, Brady seems to be stepping into his role as a leader. Tight end O.J. Howard has credited the veteran quarterback with coaching him up.

The two will need to keep their connection tight when the plays start counting for real, but Arians, Leftwich, and the rest of the Buccaneers offence seem to have plenty of faith that Brady is up to the task.

Damian Lillard called his brilliant run to the playoffs 7 months ago, according to Trail Blazers rookie

WNBA superstar Breanna Stewart revealed that she spent more than $US30,000 of her own money to rehab her devastating Achilles tear, and now she looks better than ever before