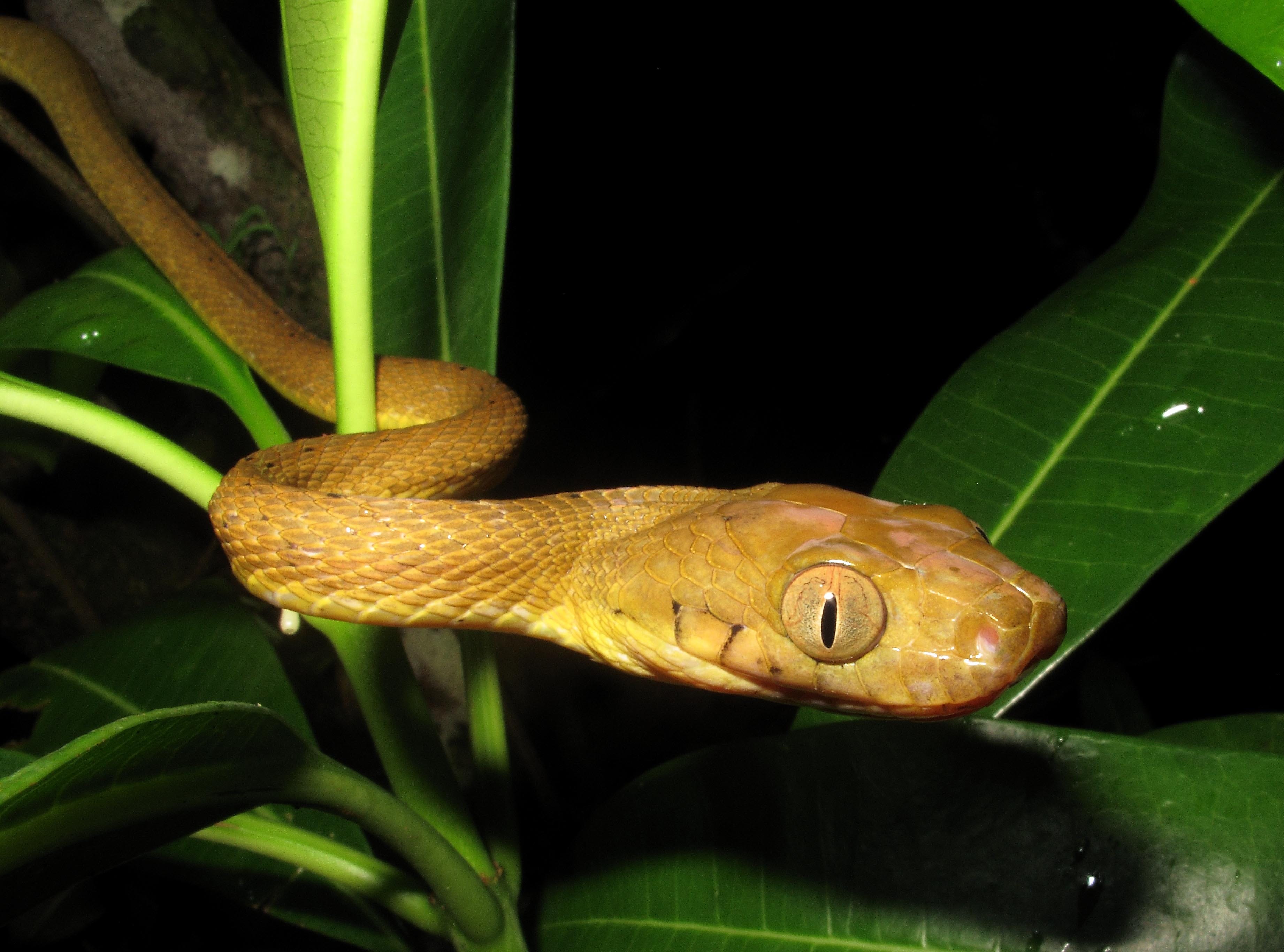 Bjorn LardnerA brown tree snake in a tree in Guam.

The brown tree snake loves to snack on birds.

One of the world’s most prolific invasive species, this tropical predator decimated bird populations on Guam over the last 70 years.

Now scientists may have figured out how.

According to a new study published in the journal Current Biology, brown tree snakes can climb an object like a tree trunk by wrapping their bodies around it in a lasso shape and shimmying upward.

Scientists have never before seen this type of locomotion in the reptile world.

“I’ve been working on snake locomotion for 40 years and here, we’ve found a completely new way of moving,” Bruce Jayne, a study co-author and biologist from the University of Cincinnati, said in a press release.

Brown tree snakes are so cool. Scientists discovered that these reptiles can wrap their bodies like a lasso around wide, cylindrical objects in order to (slowly) climb to the top — and perhaps plunder the unsuspecting birds in the trees above. Video credit: Thomas Seibert pic.twitter.com/GygYLoLtP0

It’s likely this lasso locomotion enables the predators to climb wider, smoother objects, and exploit “resources that might otherwise be unobtainable,” the study authors wrote â€” resources like birds.

‘Nothing I’d ever seen compares to it’

In 2016, two biologists from Colorado State University (CSU) were puzzling out how to protect Micronesia starlings, one of Guam’s two remaining native bird species, from predators.

They hoped to place the starlings’ nesting boxes on the top of 3-foot-long poles surrounded by a wide, metal collar called a baffle. Typically, these steel baffles prove too slick for raccoons or snakes looking for an easy meal.

To test their idea, they placed mice in a cage atop the baffle, and left the 6-inch-wife baffles under infrared video surveillance in an enclosure with 58 brown tree snakes.

Under cover of darkness, nine of those snakes outsmarted the scientists. 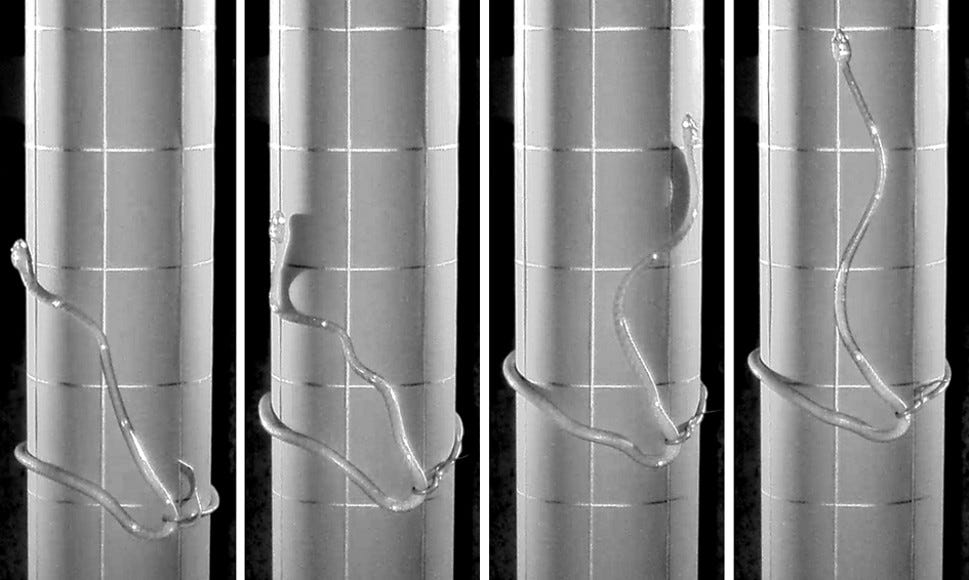 “We had watched about four hours of video and then all of a sudden, we saw this snake form what looked like a lasso around the cylinder and wiggle its body up,” Tom Seibert, a coauthor of the study and one of the two CSU biologists, said in a press release. “It was a shocker. Nothing I’d ever seen compares to it.”

Most snakes climb trees by wrapping their bodies twice around the trunk, then alternating between squeezing muscles in their top loop to pull up their bottom half then squeezing with their bottom loop to extend their heads upward.

That type of movement, know as concertina locomotion, is a bit like someone switching between their arms and feet to scale a rope. 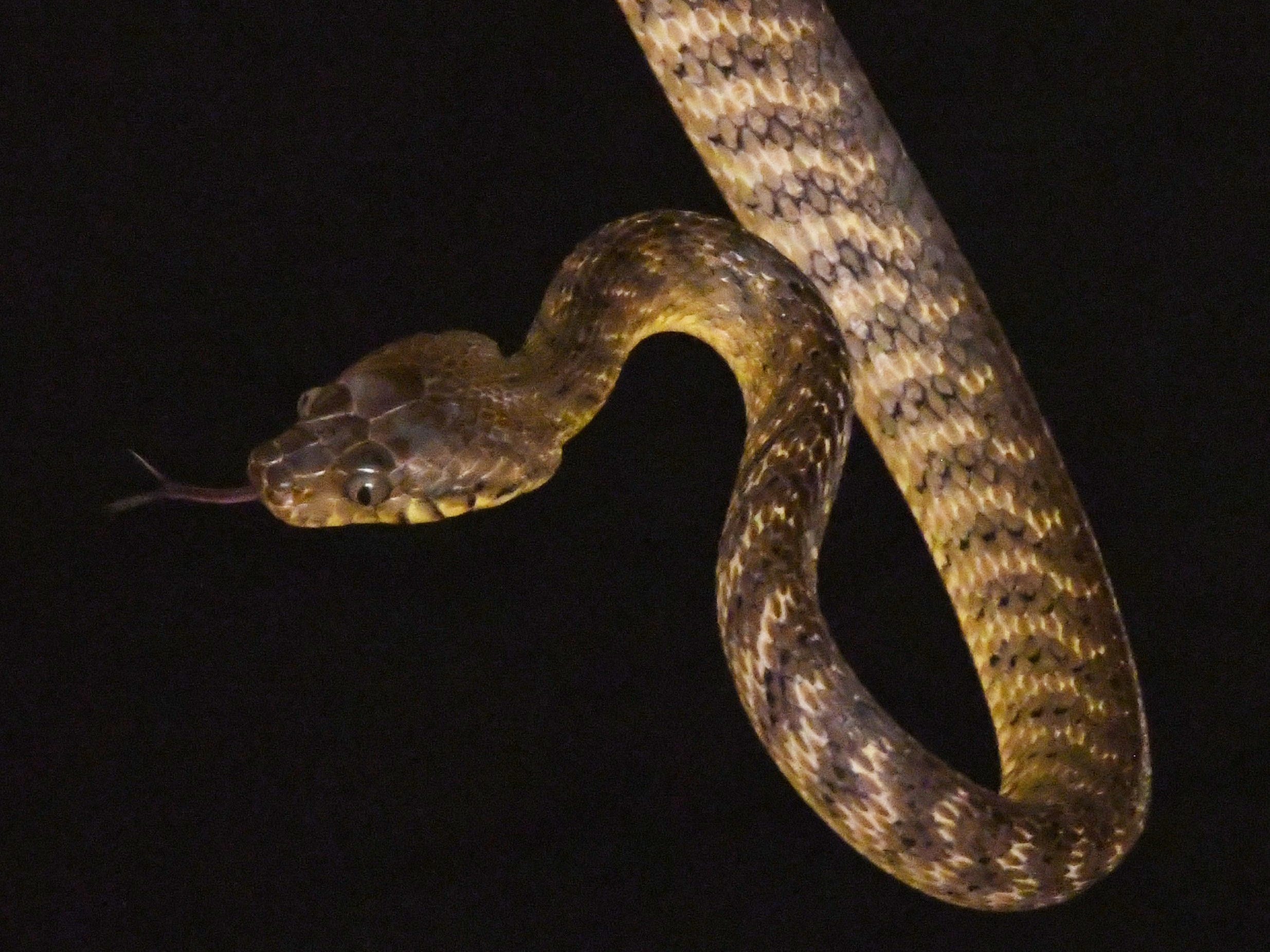 Lasso locomotion, by contrast, only requires the snake to wrap its coils around an object once.

That means brown tree snakes can scale cylinders (like baffles, or trees) twice as wide as their concertina-using counterparts, according to Jayne.

Seibert and his team returned to Guam in 2019 to get additional footage. This time, they tested the climbing skills of 15 brown tree snakes. One-third of them scaled the metal baffles using the same lasso movement. 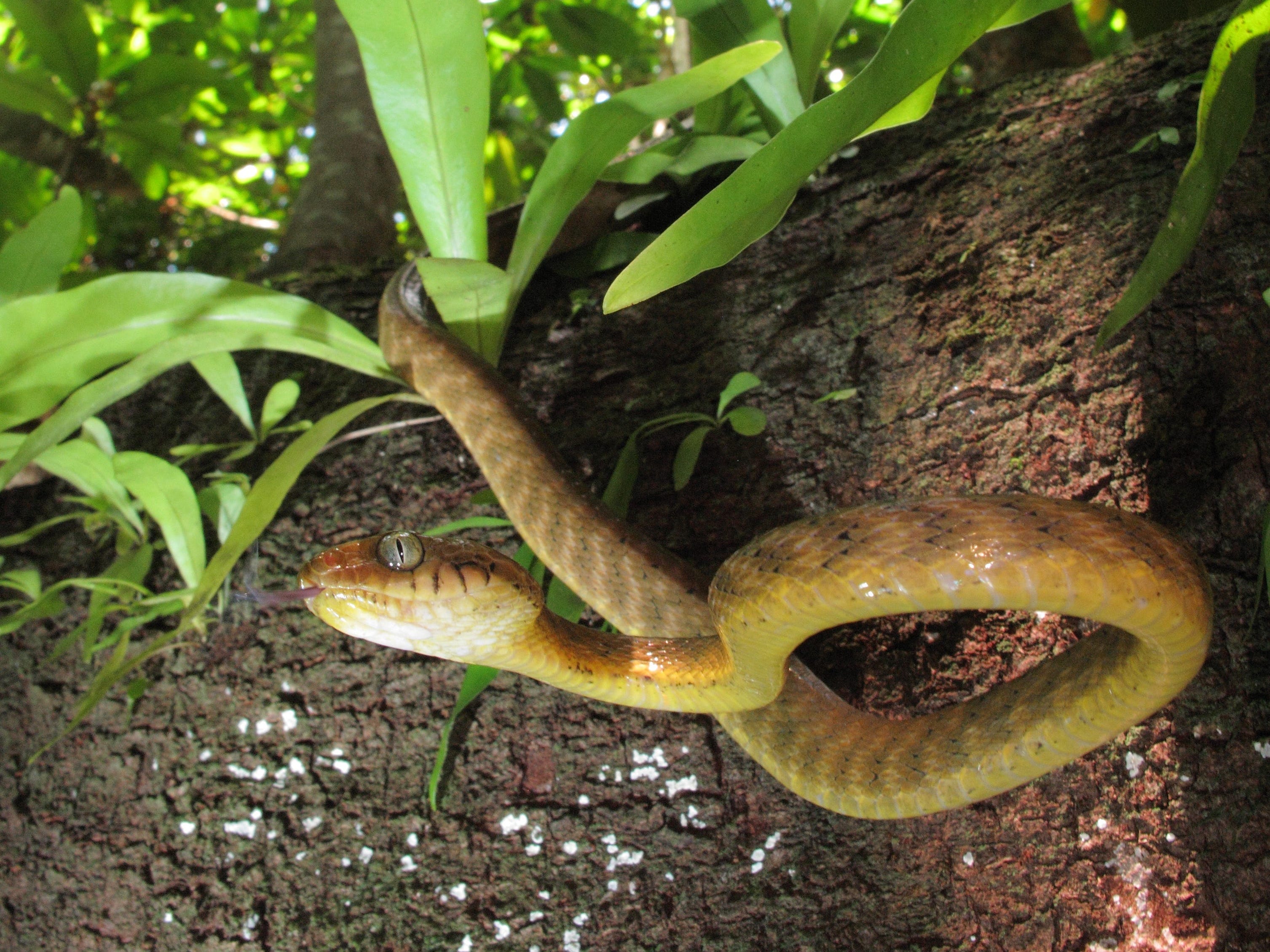 While lasso locomotion may help these snakes scale wider trees and plunder the starlings nesting in the canopy, it’s not easy, Jayne said. The footage showed the snakes were breathing heavily, and frequently had to stop climbing.

“Even though they can climb using this mode, it is pushing them to the limits. The snakes pause for prolonged periods to rest,” he said.

All told, the snakes shimmied up the baffles at a speed of less than half a centimeter (0.2 inches) per second, slipping and sliding as they went.