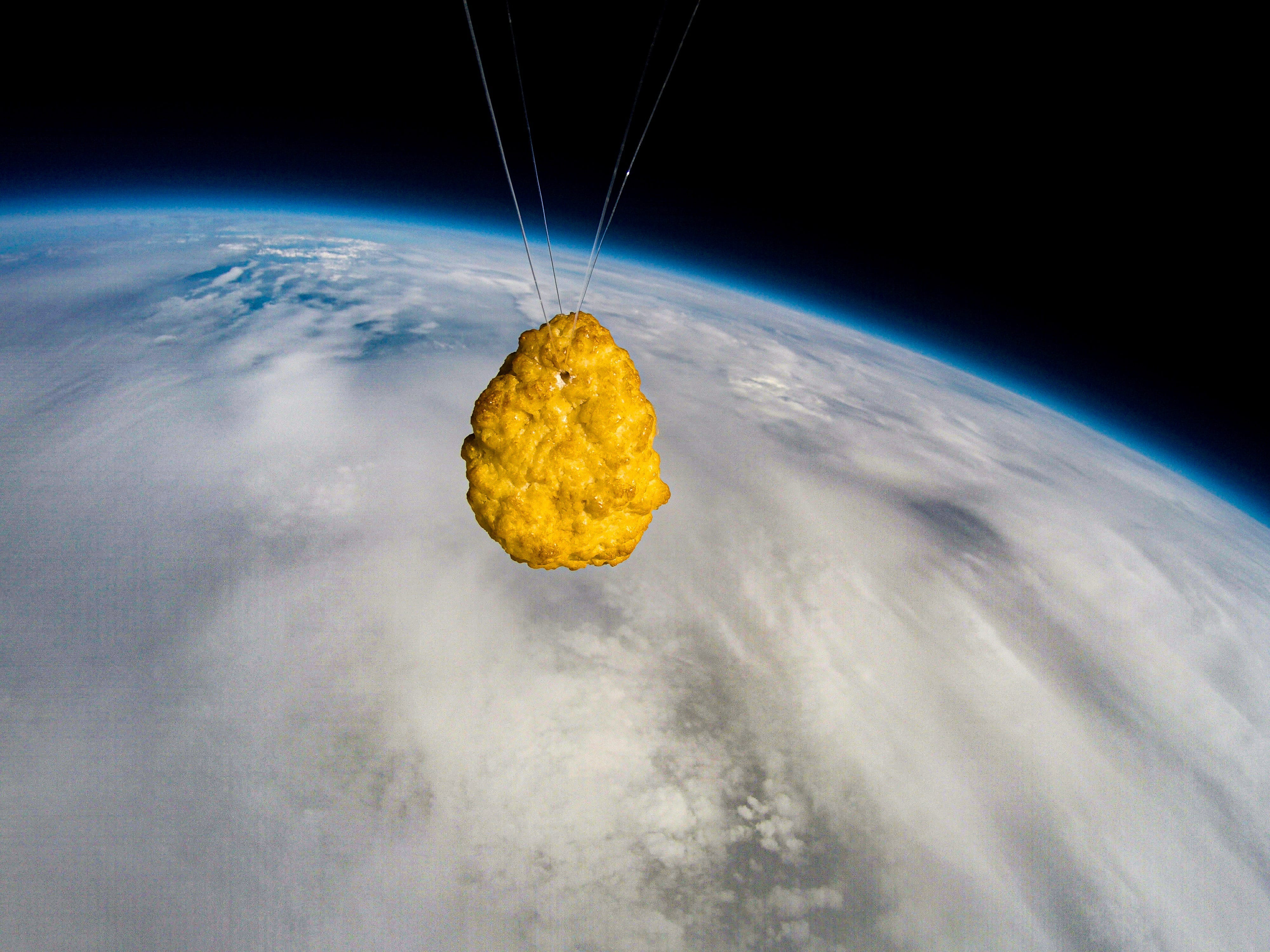 IcelandIceland Foods sent a chicken nugget into space and filmed its journey.

The British frozen-foods grocer Iceland Foods sent a chicken nugget into space for the first time in history.

To celebrate its 50th anniversary last week, Iceland hired the space marketing company Sent Into Space for the marketing stunt.

The company launched the nugget to an altitude of 110,000 feet, or 20.7 miles, into the region known as near space. This is the height of roughly 880,000 Iceland chicken nuggets, Iceland said.

The nugget made it about one-third of the way to outer space, which begins at about 62 miles above Earth.

“The nugget spent an hour floating up and around in space,”Sent Into Space said, but the nugget was “unbothered” by the low pressure and temperatures that can dip down to minus 85 degrees Fahrenheit.

The nugget then rocketed back down to Earth at 200 mph, Iceland Foods said, and its parachute opened at about 12 miles above ground level.

Sent Into Space launched the nugget from a farm near Iceland’s headquarters in North Wales, and it took just under two hours to reach its destination. The nugget was carried by a gas-filled weather balloon with a satellite tracking system so that the company could monitor its location. An integrated camera filmed the nugget’s journey.


Read more:
How brands should be marketing to the $US143 billion Gen Z market if they want their products to go wild on social media

The grocer joked that the nugget “left behind grey skies, COVID-19, Brexit, and Piers Morgan” to enjoy “momentary peace, clearer skies, spacecraft, and possible sightings of the world’s highest flying birds such as the RÃ¼ppell’s Vulture and the Common Crane.” 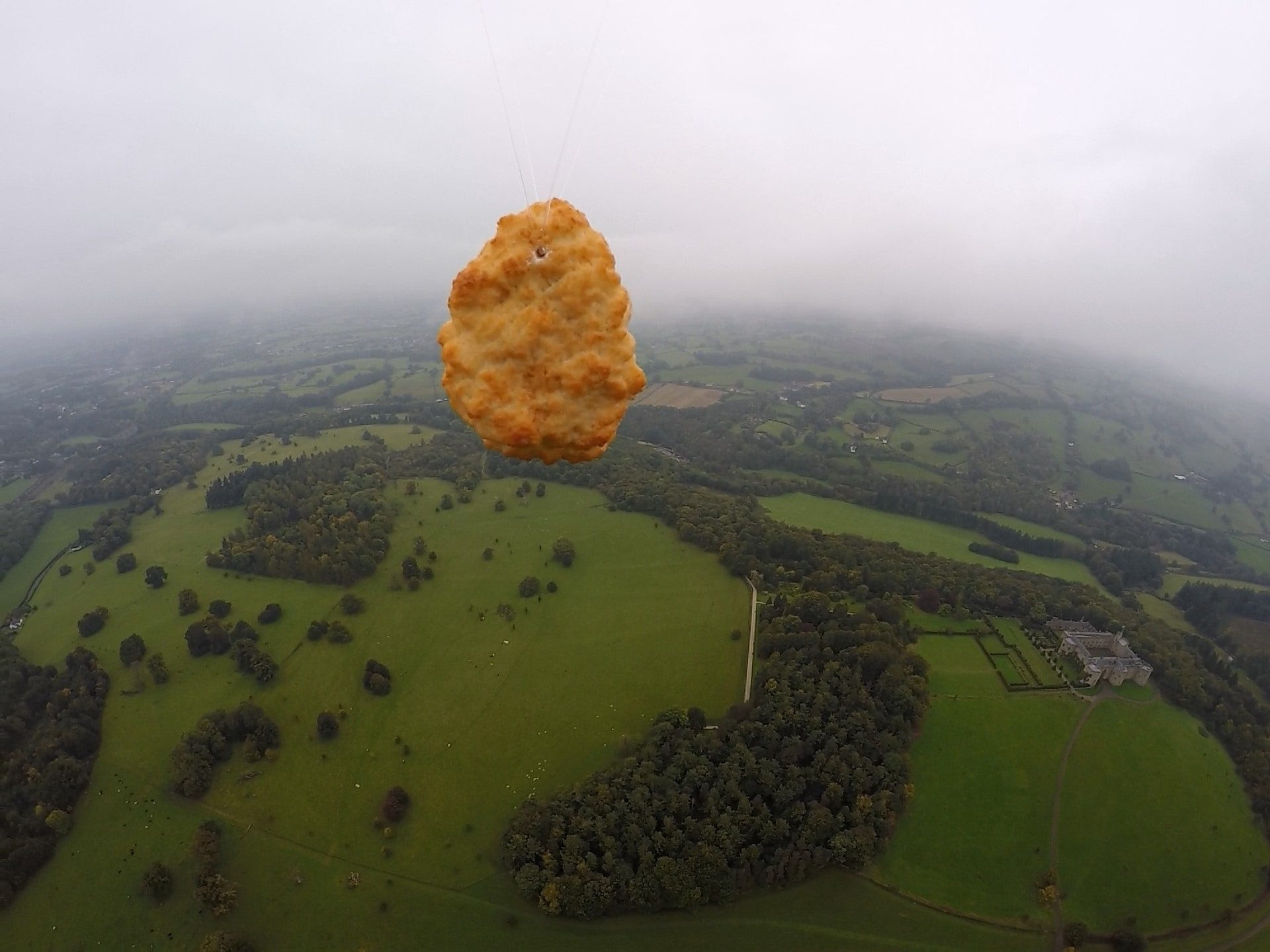 IcelandThe nugget spent an hour floating in space before rocketing back to Earth.

Iceland Foods, which is the UK’s ninth-biggest grocer with about 950 stores, specialises in frozen food and sells more than 60 varieties of private-label breaded-chicken products. It sold more than 10 million chicken products in the first week of October alone.

Sent Into Space has previously launched other food into space, including fish and chips, a pasty, and pancakes.

In October, NASA launched 10 bottles of skin-care serum by the beauty giant EstÃ©e Lauder into space for a photoshoot. The company paid NASA about $US128,000 to take pictures of the product from the International Space Station as part of NASA’s efforts to promote commercial opportunities in space.