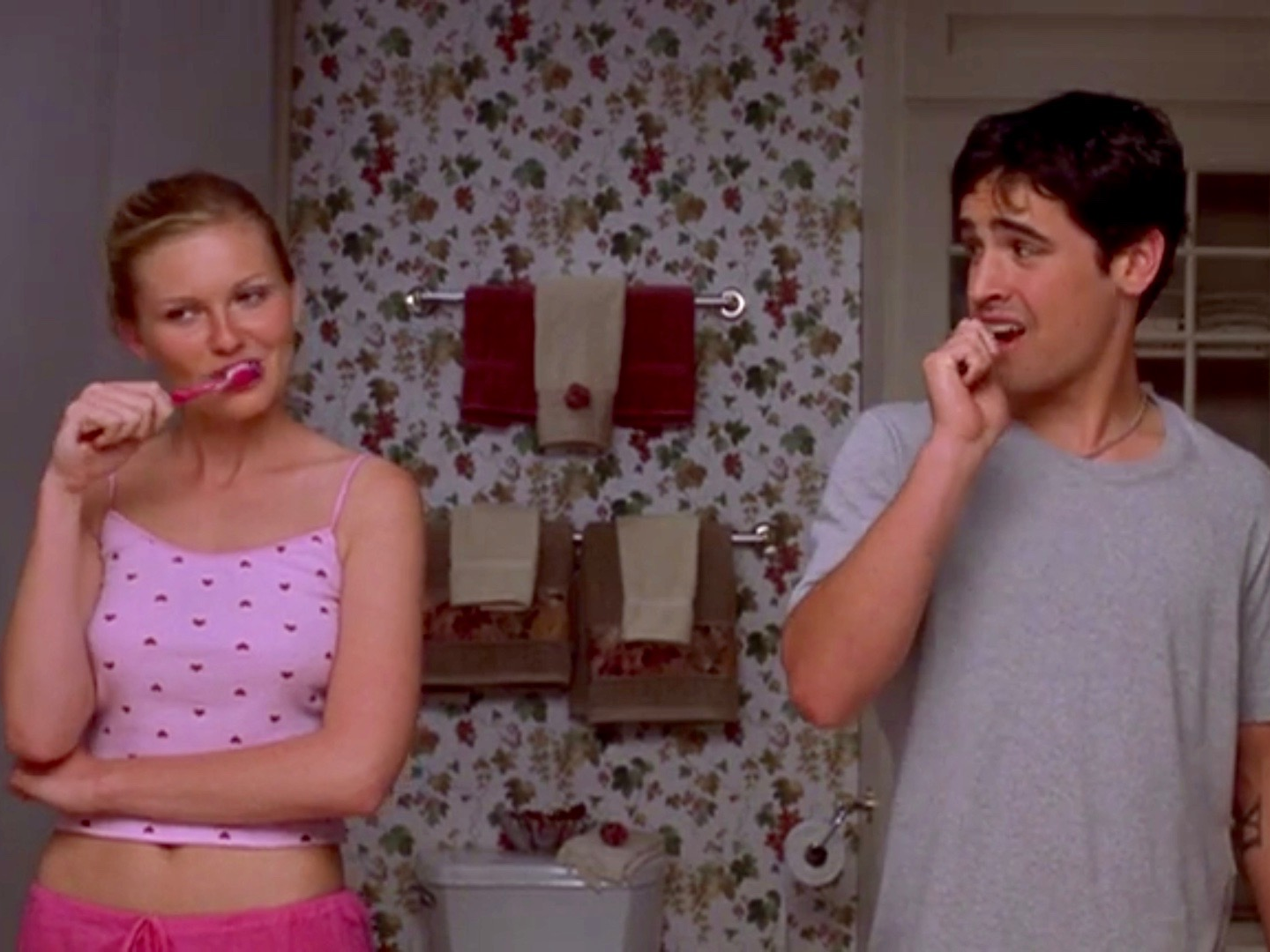 Universal PicturesKirsten Dunst and Jesse Bradford in ‘Bring It On.’

Looking back on the 20th anniversary of “Bring It On,” director Peyton Reed says he is most fond of the movie’s more intimate and simple scene: when Torrance and Cliff brush their teeth together.

The scene over the years has become a standout simply because it epitomizes teenage sexual tension without either character saying a single word.

The scene takes place in the movie when Torrance (Kirsten Dunst) sleeps over at Missy’s (Eliza Dushku) house and while heading to the bathroom sees Missy’s brother, Cliff (Jesse Bradford), rocking out on his guitar in his bedroom. We’ve already seen that those two have a little spark. When Missy catches Torrance eyeing her brother, Torrance quickly plays dumb and says she can’t find the bathroom.

Once Torrance is in the bathroom brushing her teeth, Cliff suddenly appears and the two are side-by-side brushing both their teeth. Occasionally, the two will give looks and giggles at one another as they brush and spit in the sink. Cliff finally finishes, smiles at Torrance, and walks out of the bathroom.

It’s one of the most memorable scenes in the movie, and Reed admits it wasn’t even in the original script.

“It was something that we added later, and I liked that it’s a completely wordless scene,” Reed told Insider. “The two of them got really into it, and the stuff that Kirsten did where she’s spitting in the sink and hiding it with her hand, that was really fun. To me, it felt like a Frank Capra movie, like ‘It Happened One Night,’ where it’s fraught with sexual tension. I was really pleased.”

Check out the scene in all its glory here:

More from “Bring It On” 20th anniversary:


Read our entire 20th anniversary “Bring It On” interview with Peyton Reed.