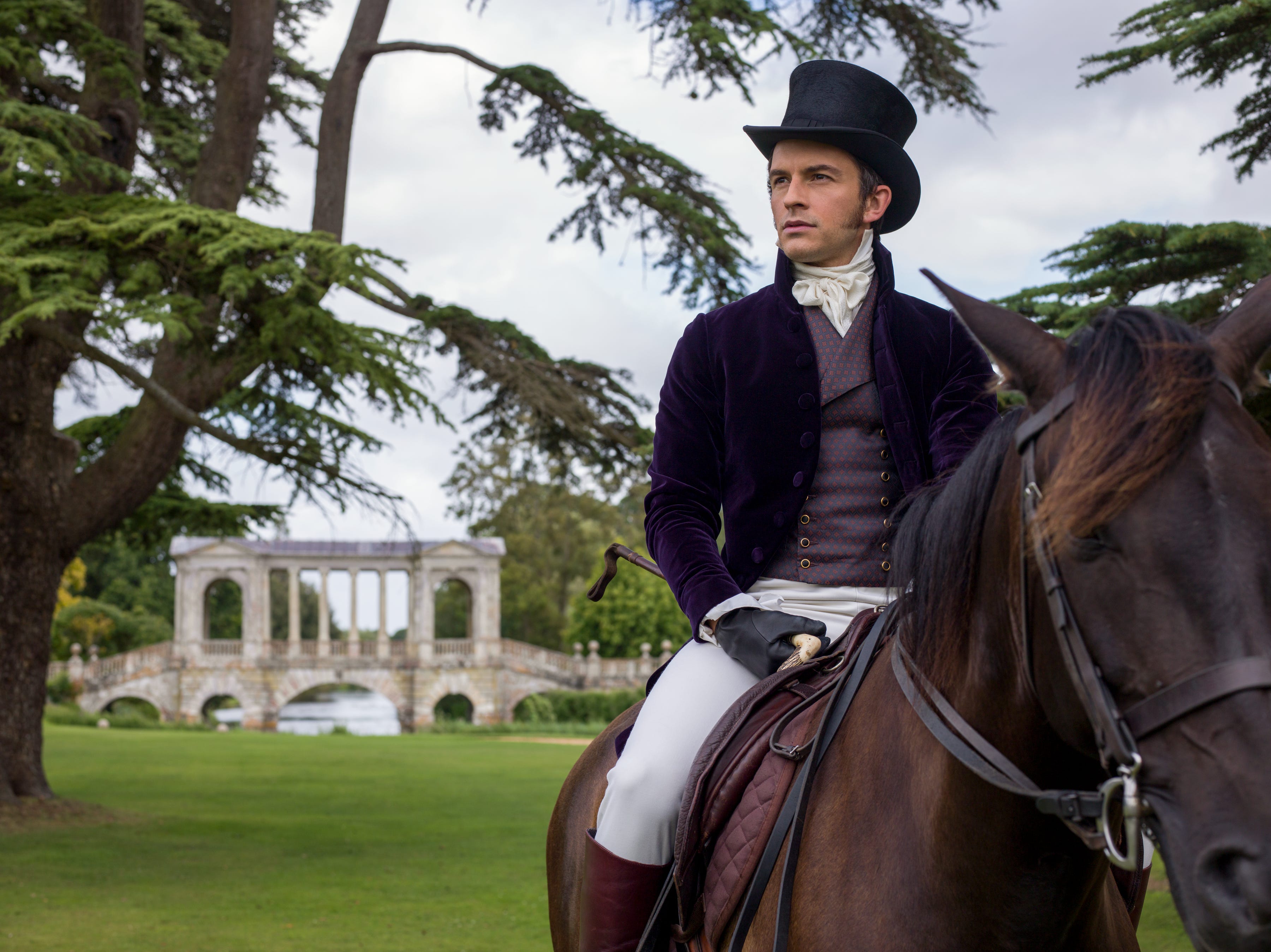 Warning: This article contains major spoilers for the first season of “Bridgerton.”

Netflix has officially greenlit its hit original series “Bridgerton” for a second season.

On January 21, the streaming giant announced the Shonda Rhimes-produced show has been renewed less than a month after season one premiered on December 25.

The release, which replicates Lady Whistledown’s society pages, begins: “The ton are abuzz with the latest gossip, and so it is my honor to impart to you: ‘Bridgerton’ shall officially return for a second season. I do hope you have stored a bottle of ratafia for this most delightful occasion.”

Anthony Bridgerton (played by Jonathan Bailey), the eldest Bridgerton child, will “dominate” the upcoming installment of episodes, according to the announcement.

The cast will begin production in spring 2021, and between Penelope Featherington’s sly reveal as Lady Whistledown, London’s shady gossip columnist, and Portia Featherington’s ominous reaction to the man inheriting her late husband’s estate, there are plenty of strings left untied at the end of season one.

Although fans don’t have specific details about where the show’s creator, Chris Van Dusen, plans to take the series, several cast members have already dropped hints about what to expect.

Keep reading to learn what we know about season two of “Bridgerton.” 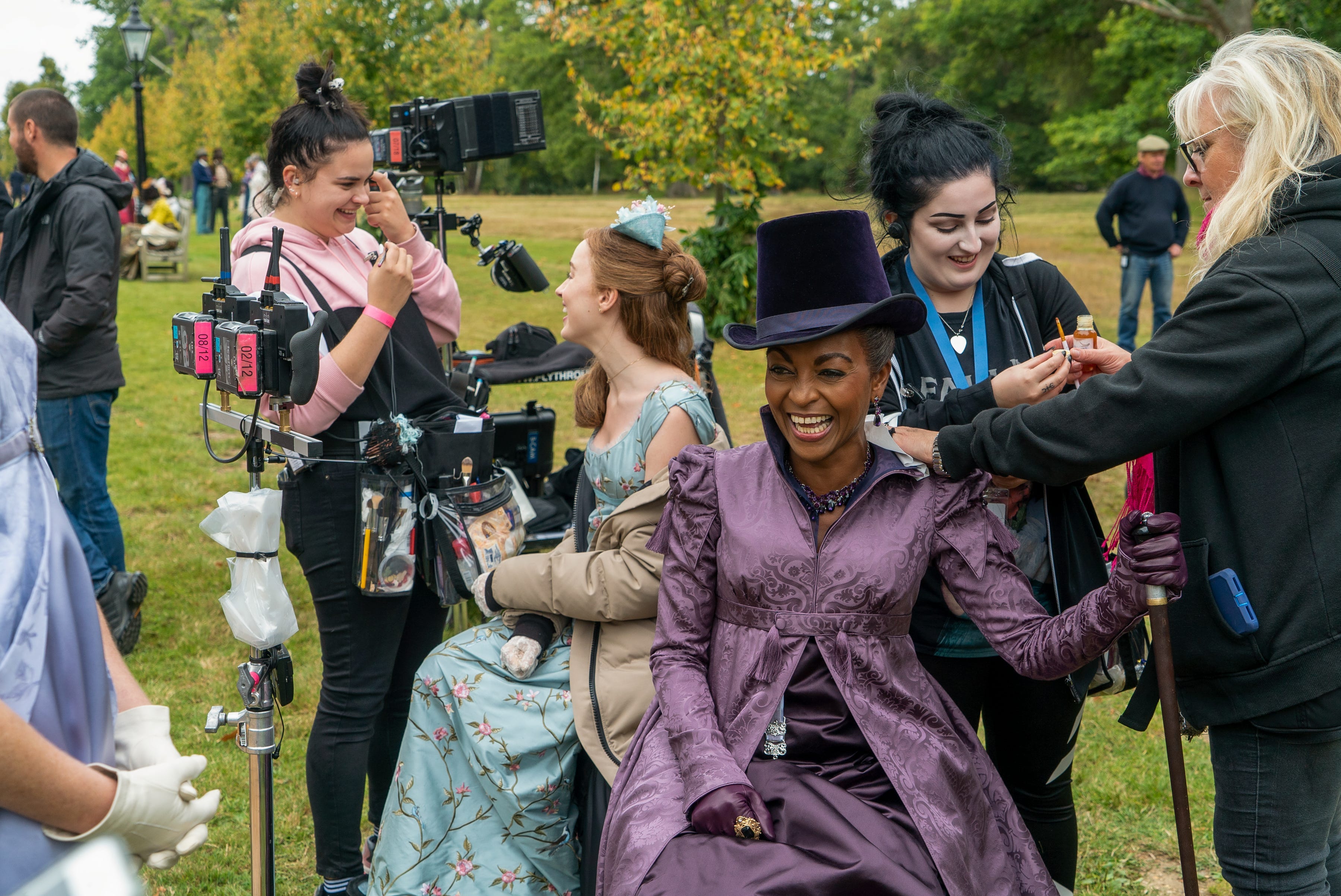 In the four weeks after the Regency drama premiered on Netflix, it reached 82 million households worldwide, beating out “The Witcher” as the platform’s biggest original series debut to date. The eight-part series appeared to have widespread appeal, scoring a 90% and 83% among critics and viewers on Rotten Tomatoes, respectively.

Even though Netflix has a tendency to prematurely cancel shows, it seemed like an obvious decision to renew “Bridgerton,” especially since critics were already calling Netflix’s massive $150 million deal with Rhimes, who produced the show, a “good investment” following its debut.

In its first four weeks, Bridgerton is projected to court more than 63 million households, which would make it Netflix's fifth biggest original series launched to date. pic.twitter.com/Zs7N3NBh9i

On January 21, Netflix announced that “Bridgerton” will officially return for a second season, shifting the focus from Daphne Bridgerton to her eldest brother, Anthony.

“I will have my pen ready to report on any and all of his romantic activities,” the release, written from Whistledown’s perspective, reads.

Prepare for another social season! @Bridgerton shall be back for Season 2! pic.twitter.com/cYbgIhPUbC

While the announcement confirmed that production will begin this spring, it didn’t provide a specific date.

ProductionWeekly previously reported that the show was initially going to film season two in July 2020 before the coronavirus pandemic affected production schedules. Now, the “Bridgerton” cast and crew are rescheduled to shoot new episodes in March 2021 in Uxbridge, England, according to What’s On Netflix.

‘Bridgerton,’ an adaptation of Julia Quinn’s series, is well-positioned to follow Anthony in season 2 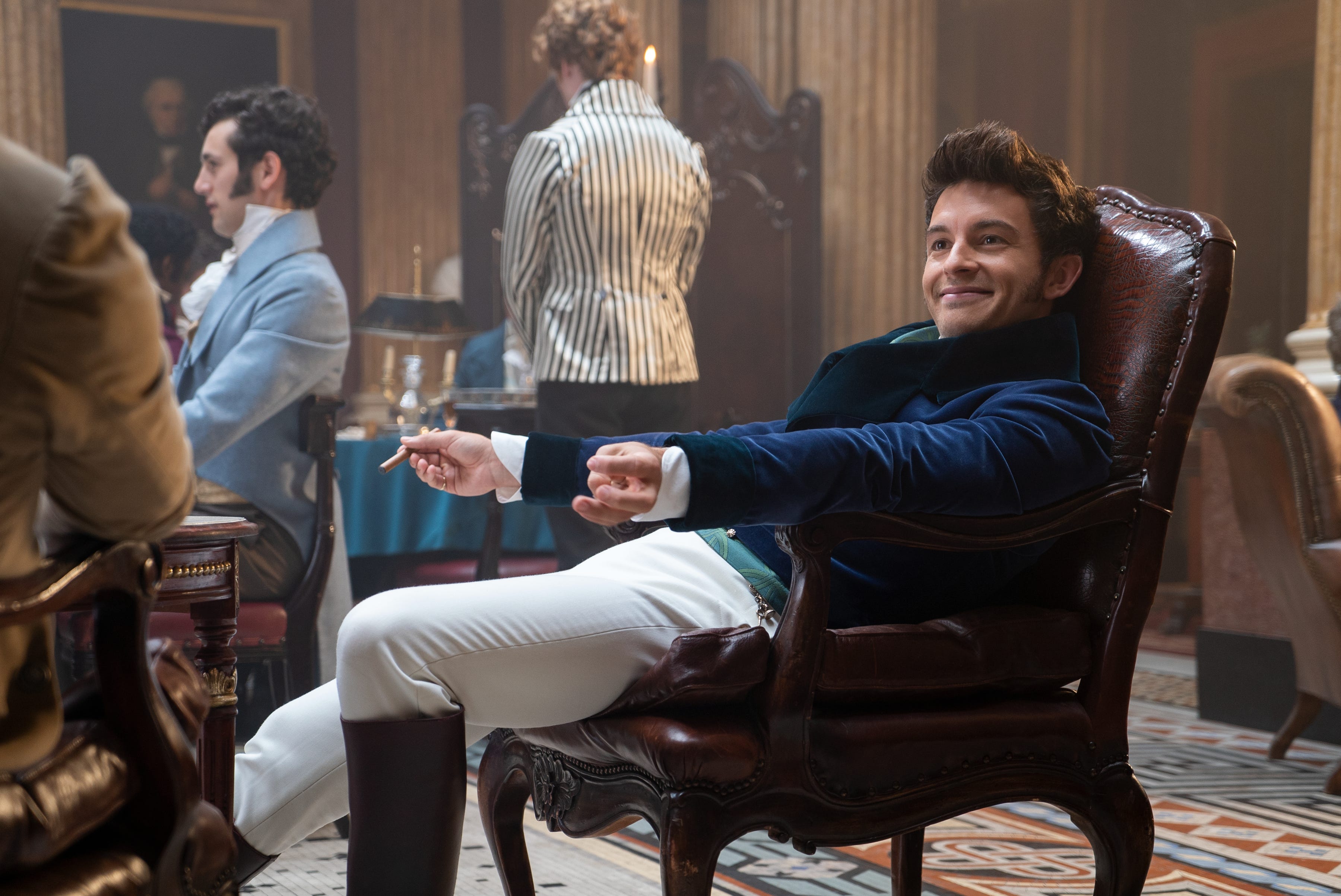 Fans of Julia Quinn’s bestselling novel “The Duke and I” probably noticed that Van Dusen stayed fairly true to the book’s storyline throughout season one.

“The Duke and I,” which follows Daphne and Simon Basset’s ruse-to-romance love story where the two pretend to fall in love only to actually fall in love, is only the first book in Quinn’s Bridgerton series.

The second novel in Quinn’s Bridgerton book series is called “The Viscount Who Loved Me,” and it focuses on Anthony, giving the impression that each on-screen season will follow suit and hone in on a different Bridgerton child.

Phoebe Dynevor, who stars as Daphne in season one, hinted that she’s already looking forward to meddling in Anthony’s love life during a December interview with Town & Country.

“I love that [Daphne’s] story ends really nicely; it’s all tied up at the end. Now, I have a feeling that she’s going to have to get involved with Anthony’s love life, since it’s his turn next,” she told the outlet, adding, “I’m a hopeless romantic, so I’m all for the happily-ever-after ending.”

Van Dusen also dropped subtle hints that Anthony will become the focal point of season two during the season one finale.

When Daphne asks Anthony what his plans are at the end of episode eight, he replies, “Nothing of note other than finding and promptly declaring my intentions to my new viscountess, of course.”

He continues: “I finally determined the difficulty â€” love itself. Removing it from all romantic relations shall make me all the better for it. No more distractions from responsibility or being waylaid from the sensible path.”

With this line as Anthony’s final remark, Van Dusen positions the viscount as the next Bridgerton child in search of a partner.

Shortly thereafter, eagle-eyed “Bridgerton” fans likely noticed a bee on the windowsill in the aftermath of Daphne’s birth scene.

In “The Viscount Who Loved Me,” readers learn that Edmund Bridgerton, Anthony’s father, unexpectedly died of a bee sting, leaving his heir petrified of the insects. The book tackles the enduring trauma Anthony faces from the accident.

So, the bee in the season one finale could be Van Dusen’s method of segueing from Daphne in season one to Anthony in season two.

Simone Ashley will be the next leading lady on “Bridgerton.”

The 25-year-old Britsh actress, best known for her role as Olivia Hanan on Netflix’s “Sex Education,” has been cast as Kate Sharma, Anthony’s love interest in Quinn’s “The Viscount Who Loved Me,”Netflix recently shared.

“Get ready to fall in love with Simone Ashley, who will play Kate in Season 2 of Bridgerton,” the casting announcement read on Twitter.

It continued, “Kate is a smart, headstrong young woman who suffers no fools â€” Anthony Bridgerton very much included.”

Get ready to fall in love with Simone Ashley, who will play Kate in Season 2 of Bridgerton.

Many cast members are eager to continue the series 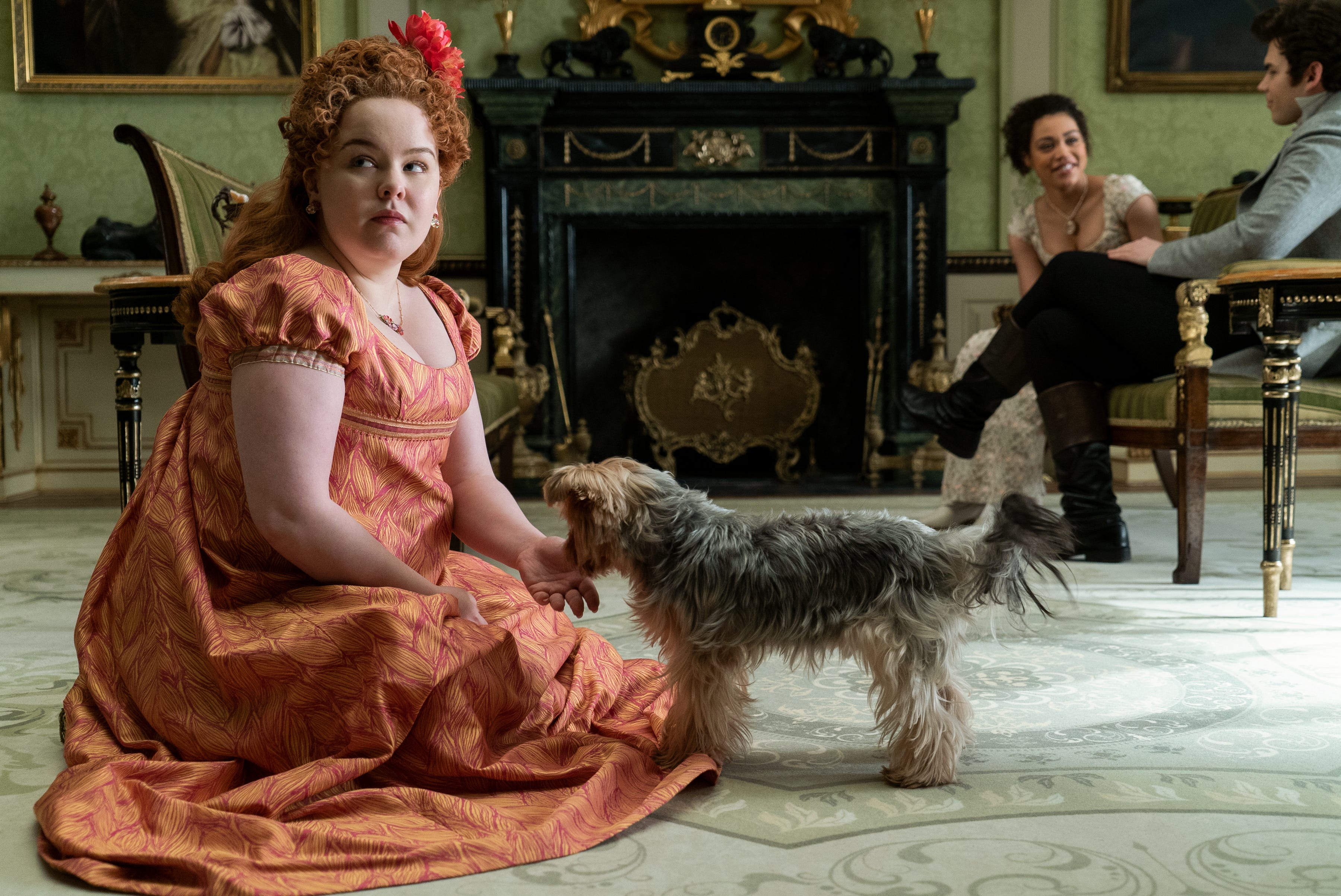 With so many cliffhangers at the end of season one, “Bridgerton” cast members are already thinking about their characters’ roles in a second season.

“I’d love to go on that journey with her, to see how she’s changed,” she said during a December interview with Radio Times. “I’d really love to come back because I feel like we’ve just scratched the surface.”

The Irish actress, who mostly spends time with Eloise Bridgerton, Colin Bridgerton, Marina Thompson, and her sisters Prudence and Philipa on the show, noted that she’d also like to have more on-screen interactions with a variety of cast members such as Bailey and Golda Rosheuvel, who plays Queen Charlotte.

“I love her,” she said, adding, “I feel like we’ve established this big world so I’d love to explore more of it.”

Coughlan celebrated the renewal on Twitter by writing, “Dearest Viewers, this author is proud to announce #Bridgerton Season Two, expect much scandal indeed!”

RegÃ©-Jean Page, who plays the Duke of Hastings on season one, also said he’d “absolutely” return for a second season during an interview with Oprah Magazine in December.

“I think there are a lot of good stories to be told in this world,” he said. “There’s a plethora of characters and each of those characters has cousins, uncles, and dogs, and I think people enjoy exploring all of those depths and nooks and crannies.”

And Rosheuvel, who portrays Queen Charlotte, has her eyes set on one thing: the royal’s quest to uncover Lady Whistledown in the second season.

“If [creator] Chris Van Dusen comes to me and says, ‘Golda, what would you like to see in the second season if we have a second season?’ I would say, ‘The Queen and Eloise have to get together and form an alliance and find out who Whistledown is,'” the actress told Insider.

Body temperature isn’t a set number — here’s what is considered...

Michael B. Jordan explains why he sees himself in Will Smith...

A woman who went viral after TikTok users baselessly accused her...