Phoebe Dynevor laid rumours of a real-life romance with her “Bridgerton” costar RegÃ©-Jean Page to rest on Sunday.

During an interview with You Magazine, the 25-year-old British actress, who stars as Daphne Bridgerton on Netflix’s hit Regency drama, denied dating Page, who plays her love interest Simon Basset, the Duke of Hastings.

“I’d love to say there was really something between us,” she said, adding, “But no, it has always been strictly professional.”

Dynevor continued: “There was so much pressure on us to get it right that it was all about the work. We have a really professional working relationship.”

Still, Dynevor said that there was “definitely a spark in the room” when she and Page, 31, first read lines together.

“It felt like we were sparking off each other,” she said.

LIAM DANIEL/NETFLIXThe Duke and Duchess of Hastings are the stars of season one.

While many “Bridgerton” fans may be disappointed to learn that the steamy sex scenes and seemingly earnest declarations of love stemmed from the writers’ room and not the actors, Dynevor said she’s “glad” they kept the romance limited to the screen.

“It would be very complicated if it went further,” she said.

Aware that people “really root” for Page and Dynevor to develop feelings for each other because of their characters’ compelling storyline, the actress said she was hesitant to spoil “the magic” for fans.

Although she didn’t find love on the “Bridgerton” set, Dynevor said she’s open to dating fellow actors in the future.

“I always hear about people falling in love with their costars. It’s yet to happen to me, but I’m intrigued,” she added. 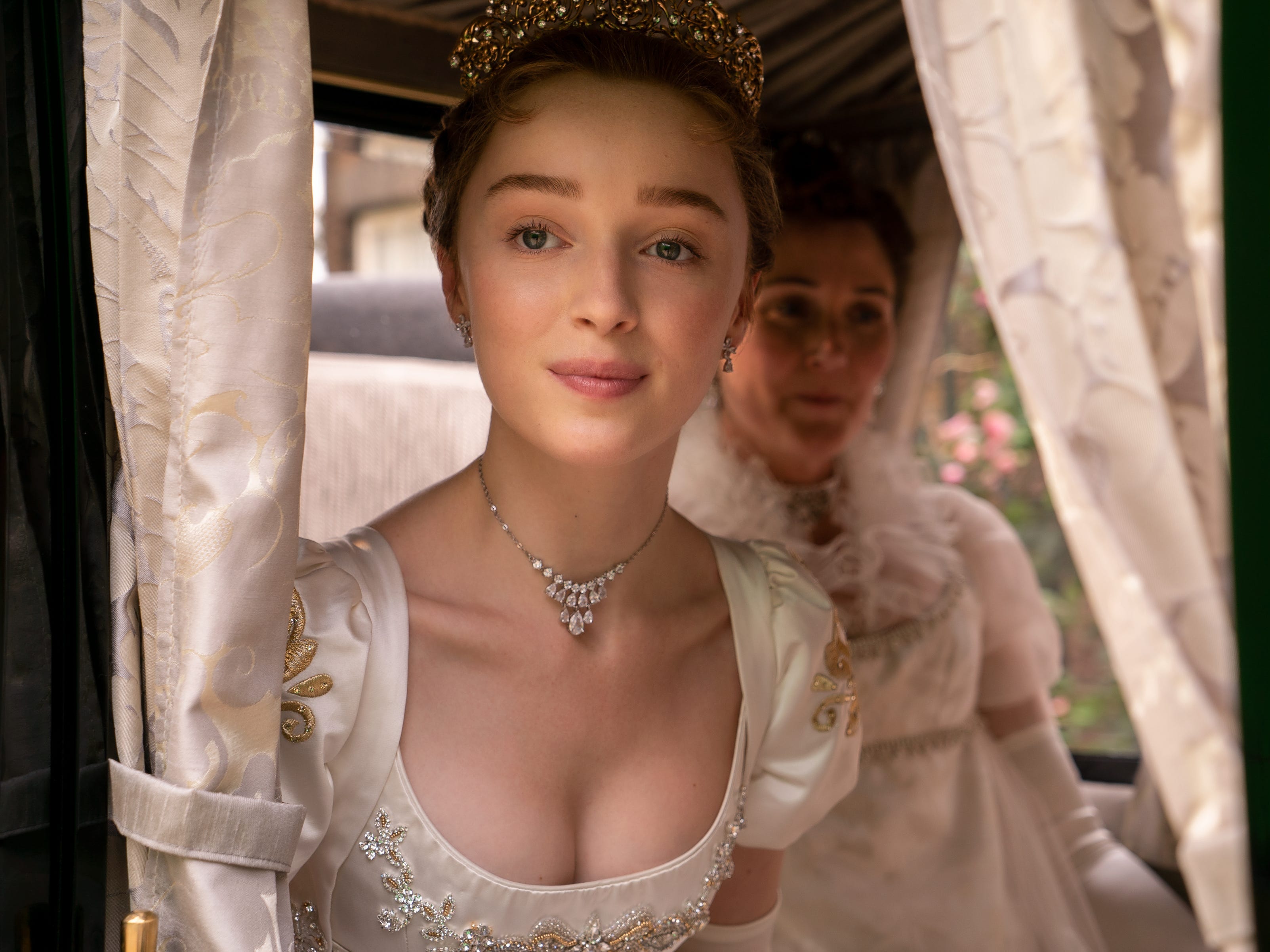 Season one of “Bridgerton,” which is adapted from Julia Quinn’s best-selling book series, is set in early 19th century England. It follows Daphne and Simon’s love story, which evolves from a secret ruse into a passionate marriage.

As the show streamed in more than 82 million households within a month of its December 25 release, making it Netflix’s biggest original series debut to date, fans wondered if the leads’ on-screen chemistry hinted at an off-screen connection.

However, Page credited the scriptwriters for the “sparks” between him and Dynevor.

“I think everything you need to know is on camera,” he said during a January interview with Access.

Page continued, “That’s why we presented it so beautifully for you. All the sparks that flew off of the beautiful scripts that we were handed, and so I think that the sparky scripted material are more than enough.”

“Bridgerton” has already been renewed for a second season and is set to begin filming this spring.