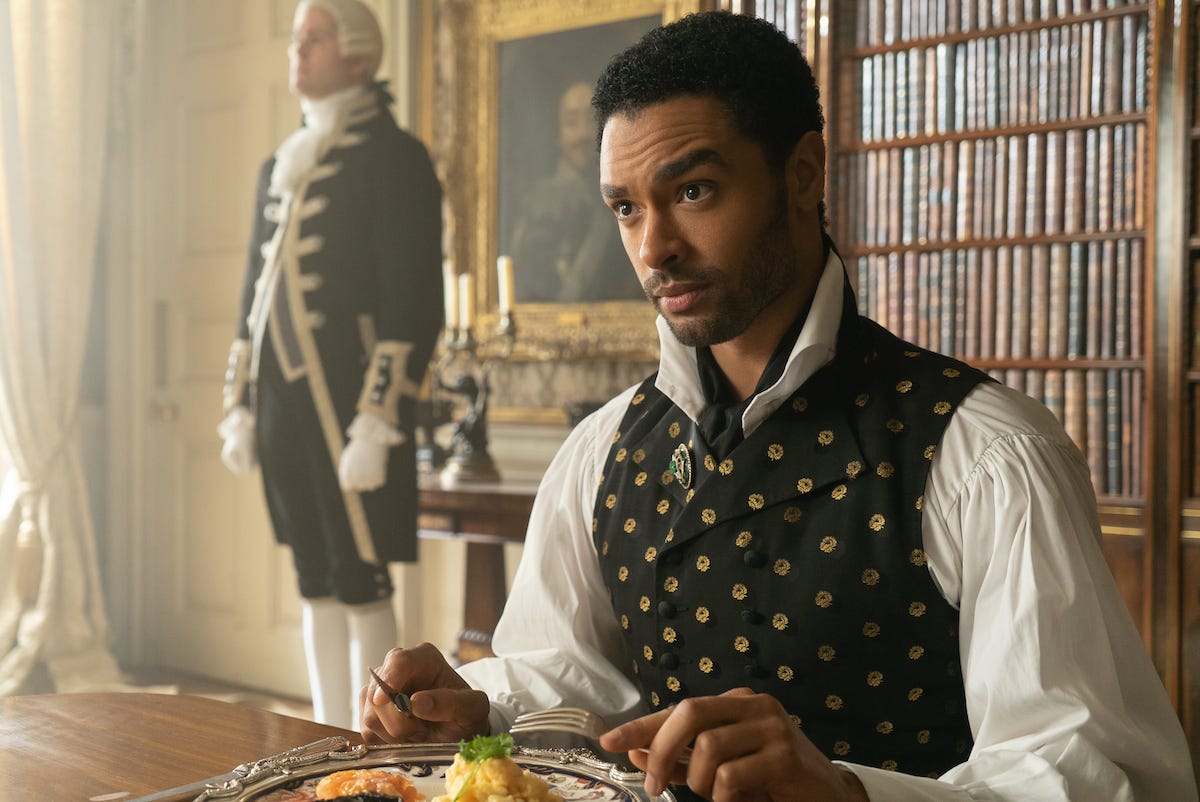 “Bridgerton” is Netflix’s latest ratings hit, and fans of the show have just discovered that two of its stars previously had minor roles in the “Harry Potter” film series.

RegÃ©-Jean Page, who stars as the popular and in-demand Simon Basset, Duke of Hastings in “Bridgerton” made a very short cameo as an uncredited extra during the early wedding scene in the “Deathly Hallows Part 1.”

He can be seen here beside Emma Watson as Hermione and Dame Julie Walters as Molly Weasley in the wedding scene: 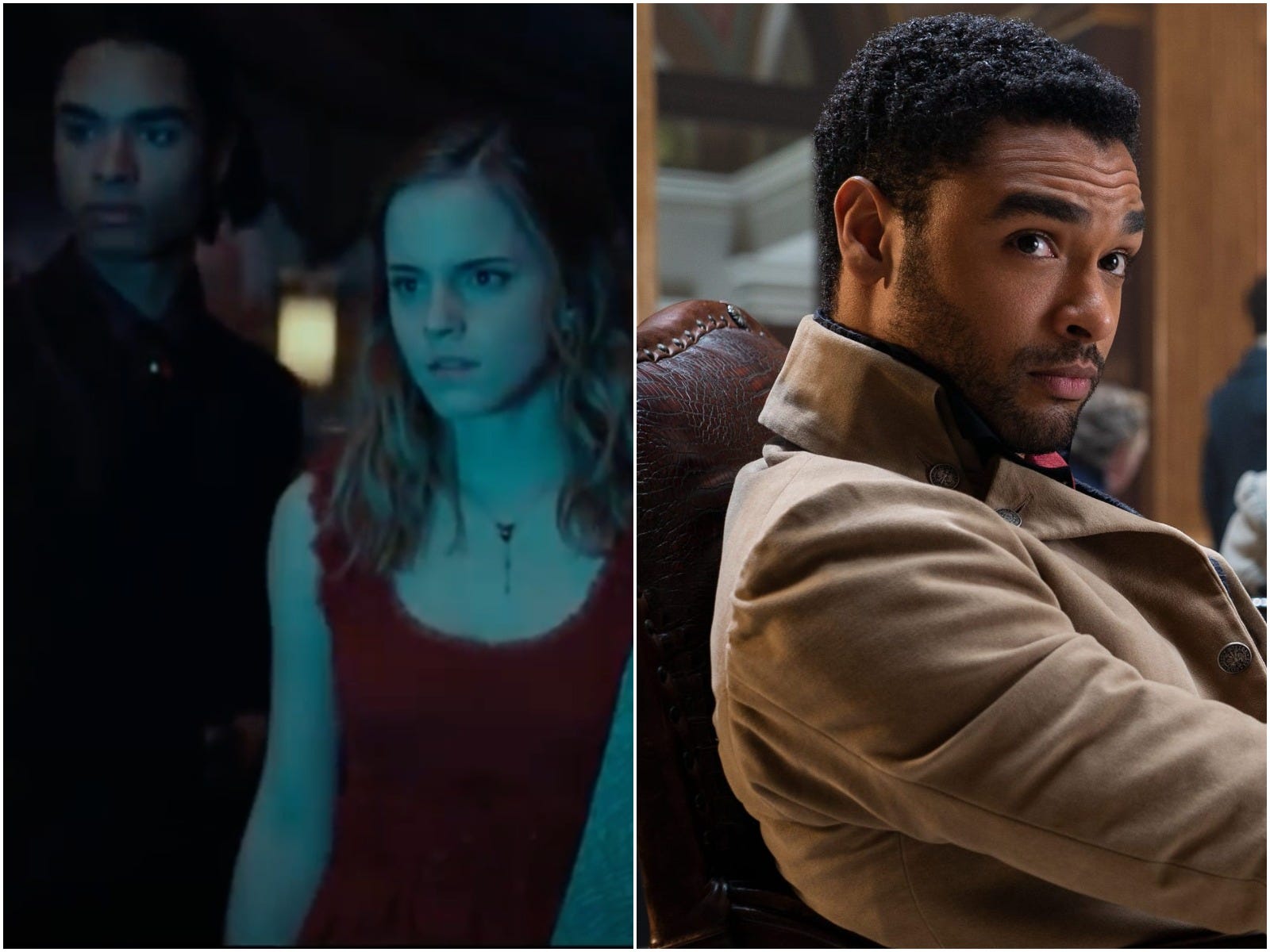 And Freddie Stroma, who makes a memorable appearance as Prince Friederich of Prussia in the period drama, plays Griffindor student Cormac McLaggen in “Harry Potter and the Half-blood Prince” as well as both installments of the “Deathly Hallows.”

Every since “Bridgerton” debuted on Netflix late last year, enthusiastic fans of the show have been sharing their discoveries of the two actors in the wizarding world on social media.

One fan of the show tweeted: “Is that the Duke I see as an extra in Harry Potter (Deathly Hallows Part 1)??”

Is that the Duke I see as an extra in Harry Potter (Deathly Hallows Part 1)?? ???? #Bridgerton @NetflixUK pic.twitter.com/ux9sejmMpw

While others admitted that they were late to the discovery: “OK SO I MIGHT BE THE LAST PERSON TO NOTICE THIS BUT THE PRINCE IN BRIDGERTON IS LITERALLY THE ACTOR WHO PLAYS LUKE IN PITCH PERFECT A N D CORMAC MCGLAGGEN IN HARRY POTTER.. WHAT???????”

OKAY SO I MIGHT BE THE LAST PERSON TO NOTICE THIS BUT THE PRINCE IN BRIDGERTON IS LITERALLY THE ACTOR WHO PLAYS LUKE IN PITCH PERFECT A N D CORMAC MCGLAGGEN IN HARRY POTTER..
WHAT???????

“Bridgerton” is the first TV show from writer-producer Shonda Rhimes to debut on Netflix following her big-money move from ABC to the streaming giant. Earlier this week, Netflix announced that the period drama is already its fifth most-watched show of all time with over 63 million households tuning in.

Following his popular portrayal of the Duke of Hastings, RegÃ©-Jean Page has emerged as the frontrunner to replace Daniel Craig as James Bond. The British betting firm Ladbrokes reportedly had Page at 5/1 in the betting odds to take on the coveted role.

However, Page quickly downplayed the theory during a virtual appearance on “The Tonight Show Starring Jimmy Fallon.”

“I think the internet thinks a lot of things, and that’s one of the more pleasant ones, so I can please as far as that goes,” Page told Fallon. The actor continued to say that the Bond rumours were likely a result of people’s tendency to compliment British actors by suggesting they play the secret agent.

“I think there might be an element of cultural translation to be done here. Like if you’re a Brit and you do something of any kind of renowned that people regard well, then people start saying the ‘B’ word,” he said.

“It’s like a merit badge, like the ‘B’ word merit badge,” he joked, noting that he doesn’t interpret the speculation as “much more than that.”