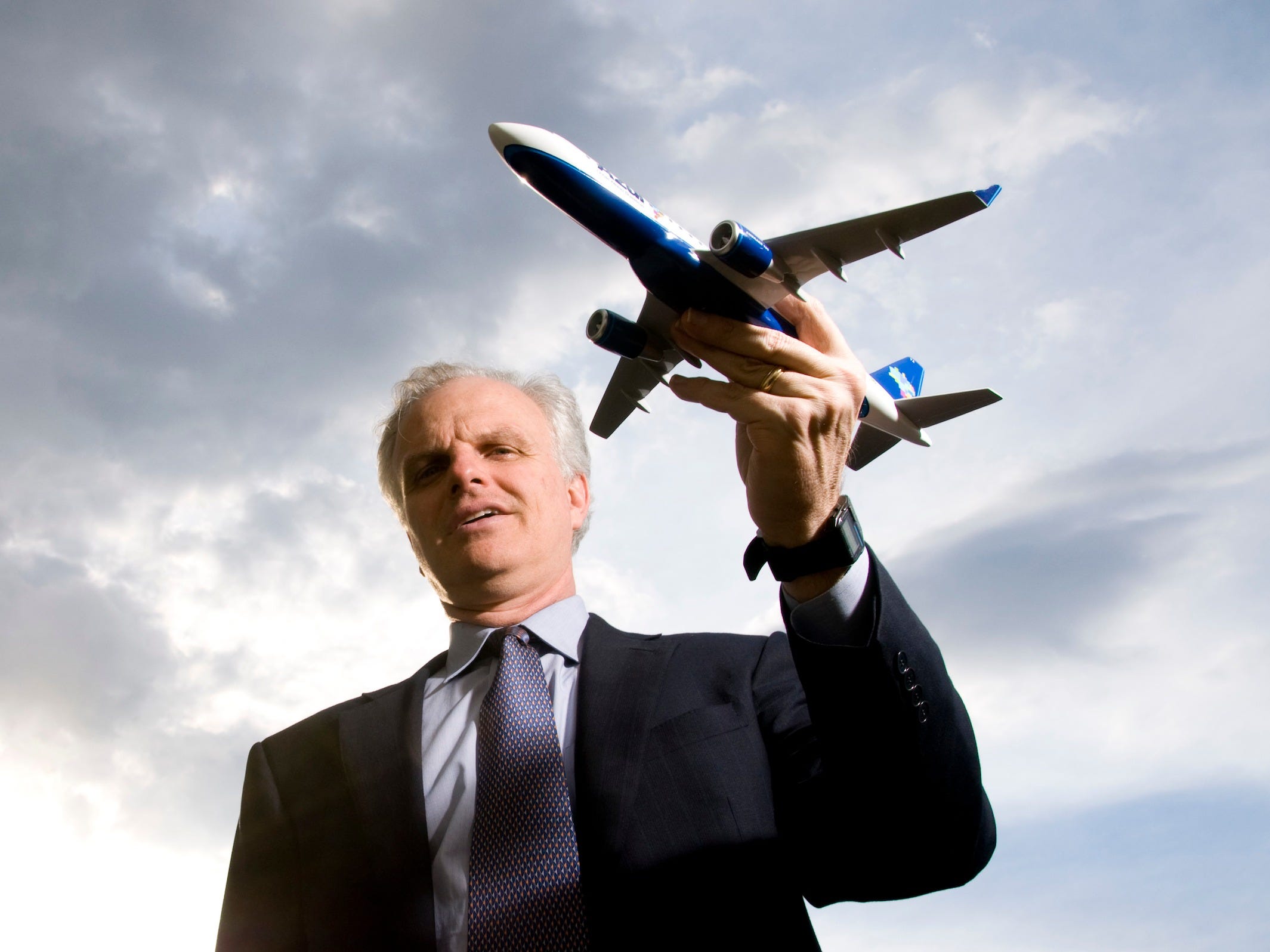 The US will not be gaining another low-cost airline this year as Breeze Airways, the new start-up airline founded by David Neeleman of JetBlue Airways fame, is delaying its launch of passenger operations until 2021.

Initially slated for a late-2020 start, the airline’s website now welcomes would-be customers with this message: “Welcome to Breeze Airways, a new airline scheduled for take off in 2021!” Breeze spokesperson Gareth Edmondson-Jones confirmed the delay due to the coronavirus pandemic to Business Insider on Monday.

Breeze Airways will be the fifth airline started by Neeleman following the serial aviation entrepreneur’s successful runs at Morris Air, later sold to Southwest Airlines; WestJet; JetBlue Airways; and Azul Brazilian Airlines. Each one had a focus on low fares and positive customer service while shaking up the industry.

Not much has been made public about the airline but from what Neeleman has said, Breeze will be no different. With the US experiencing a wave of airline consolidation since the turn of the century, consumers have been left with fewer options and Breeze aims to provide a convenient low-cost alternative to the majors currently dominating the skies.

Here’s what we know so far about the airline.

Half tech start-up, half airline 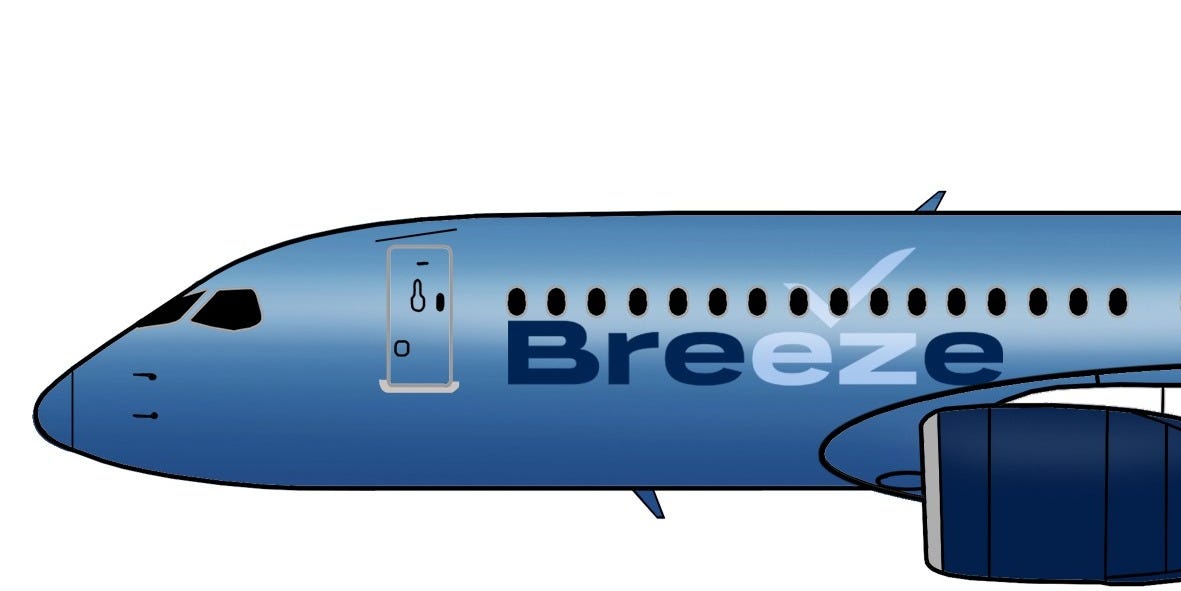 BreezeA rendering of a Breeze Airways Airbus A220.

Neeleman plans to ride the tech wave the same way that Uber and Amazon have by creating intricate mobile applications that will streamline the travelling experience, he said in a February interview with Business Insider’s David Slotnick. Most major airlines have mobile apps and self-serve kiosks but technology, in Breeze’s business model, will be relied upon to keep the airline lean.

“I prefer to say we’re a high-tech company that just happens to fly aeroplanes,” Neeleman told Conde Nast Traveller, referring to just how much self-serve technology will be intertwined with the airline’s operations.

Neeleman also said that there will be no need to call up the airline and talk with a customer service agent as problems can be remedied via the app.

“We want something where nobody ever has to call, pick up the phone to call us, or have a hassle,” Neeleman told Business Insider. 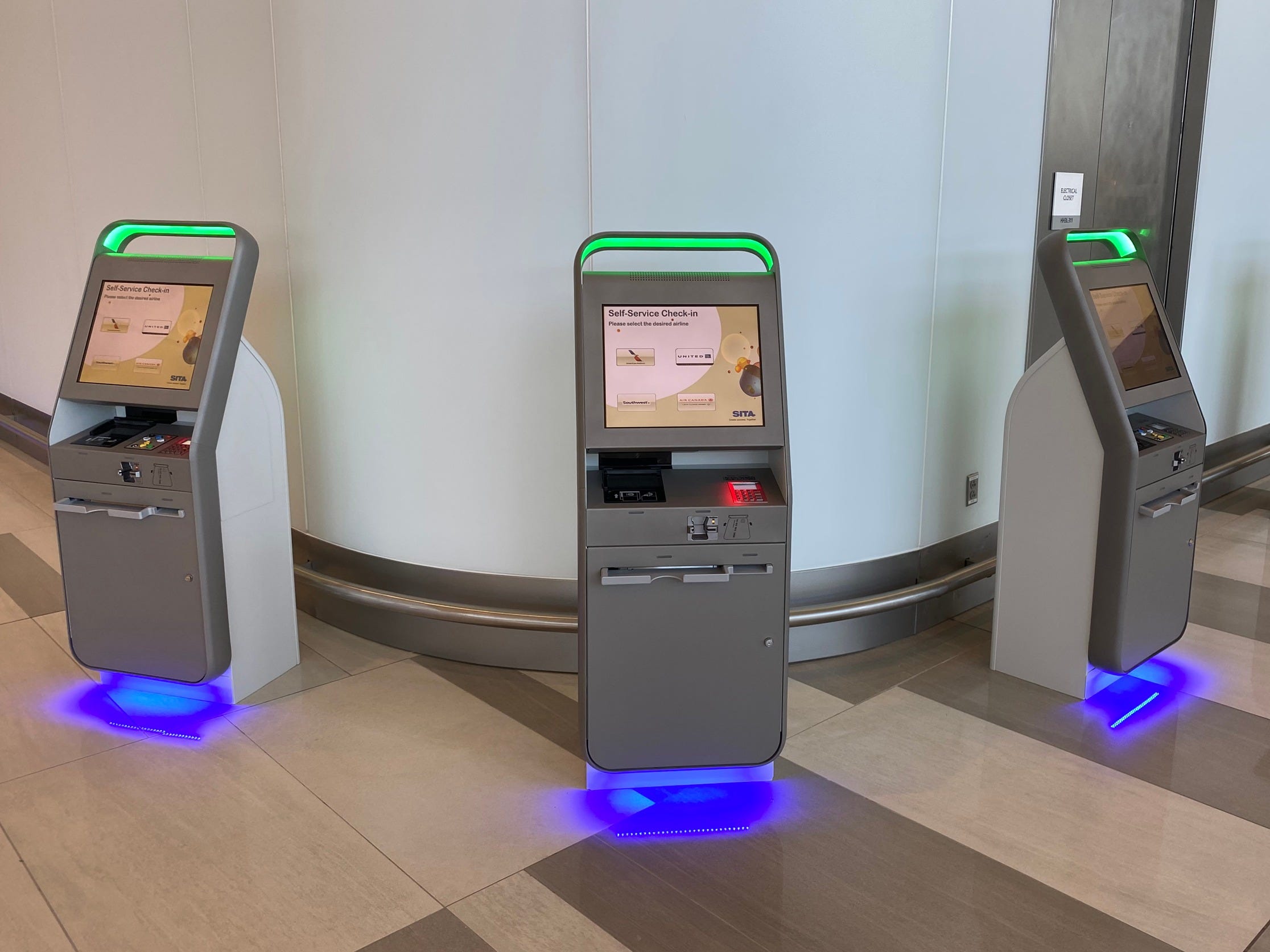 Customers flying Breeze won’t likely be expected to queue up at check-in to have an agent check a bag or print a boarding pass. Most processes will be relegated to the mobile app, website, and maybe self-serve airport kiosks so that the airline doesn’t have to employ a large airport staff, which will help keep costs down.

Everything from purchasing a ticket to checking in at the airport can ideally be done using a device with no need to speak to a customer service representative. Fewer than 50 employees would ideally be needed at each airport, according to Neeleman, but that there would have to be some human back-up for passengers who aren’t acclimated to modern technology.

“We’ll have to accommodate them, we’ll figure out a way to get to those people,” Neeleman said. “We’ll have a lot of contract staff at the airports, and then the call centre and everything would be very minimal.” 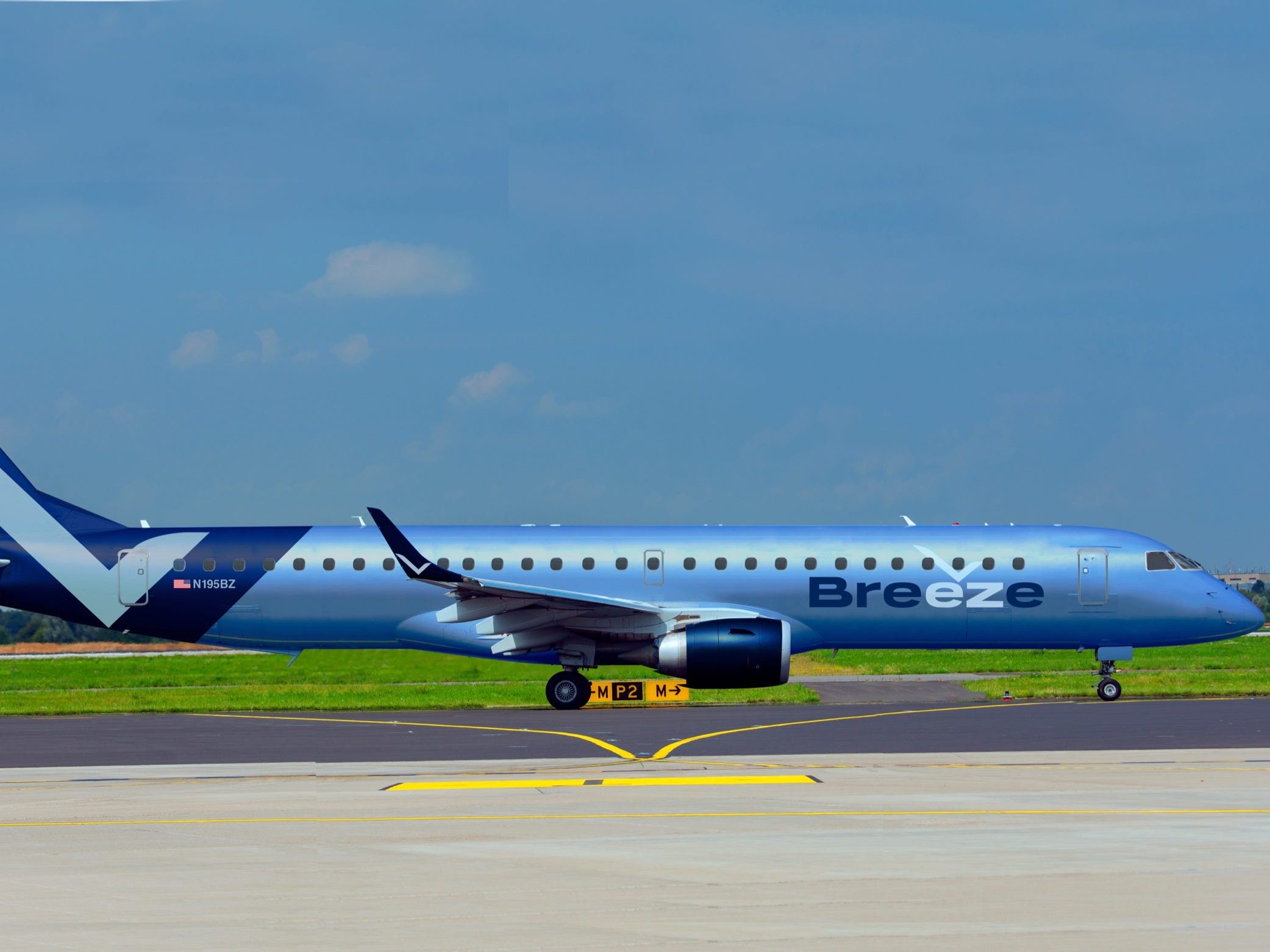 Most air routes in the US originate in or terminate in a major city that’s usually a hub of the airline in what’s known as the hub-and-spoke system. Travellers who live in big cities often benefit because they have access to more non-stop flights but those in smaller cities often have to connect to get to their final destination.

Breeze Airways doesn’t plan to follow the hub-and-spoke route system utilised by most major airlines and will operate point-to-point routes, or routes between secondary cities, instead. This opens the door for any number of non-stop routes between cities like Sacramento, California and Bozeman, Montana or Plattsburgh, New York and St Louis, Missouri, for example, normally unusual routes which Neeleman says he can make work.

“We think there’s a market where you can go with a smaller plane with a lower trip cost and service these cities that have been forgotten or neglected,” Neeleman told Business Insider in a 2019 interview. “I would be very surprised if a single [Breeze] route had nonstop service competition. There are literally hundreds and hundreds of city pairs that are crying out for nonstop flights.”

Flights likely won’t operate daily to every city, with Neeleman currently examining 500 different city pairs for potential service, and some flights will operate only on select days. When demand doesn’t require a flight, Neeleman said the planes will be available for charter as there’s a large market there from sports teams to the government. 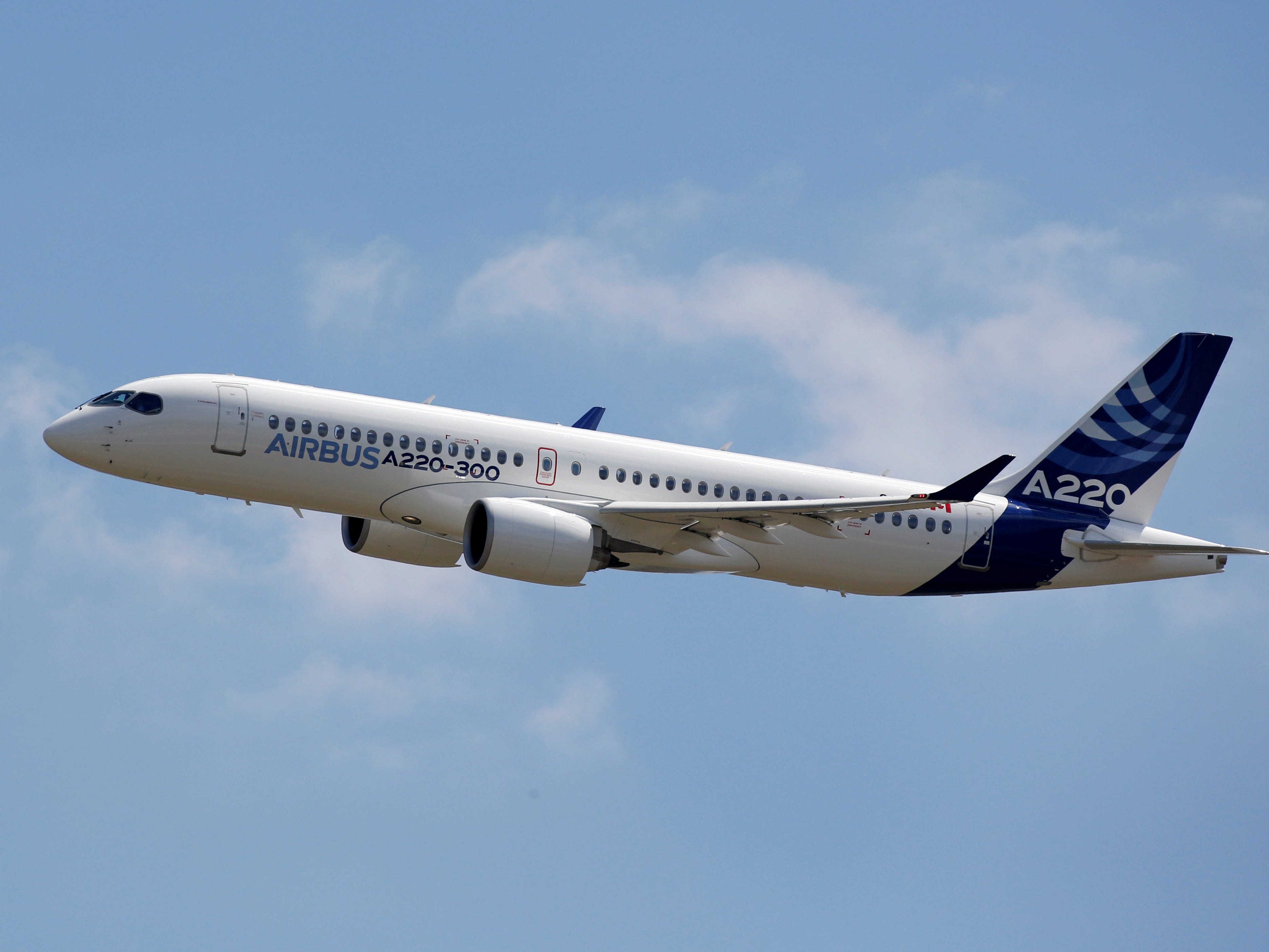 The flagship of Breeze Airways will be the Airbus A220, a next-generation aircraft with no shortage of fuel-efficient and passenger-friendly features. Delta Air Lines is currently the only airline to fly the jet in the US with Air Canada starting operations with the plane in January.

The A220 boasts a quiet, modern interior for passengers and low operating costs for airlines. It’s configured in a unique 2-3 configuration with and Neeleman plans to, once again, be generous with legroom allowances at every seat, Forbes reported.

The first passengers to board a Breeze airliner, however, likely won’t be stepping onboard the Airbus A220 as the airline will first operate the Embraer E195 as it awaits its flagship, scheduled for delivery in August 2021, federal records show. The Brazilian airliner is a favourite of Neeleman’s for his airlines and can be found flying in the fleets of his airlines including JetBlue, TAP Air Portugal, and Azul. 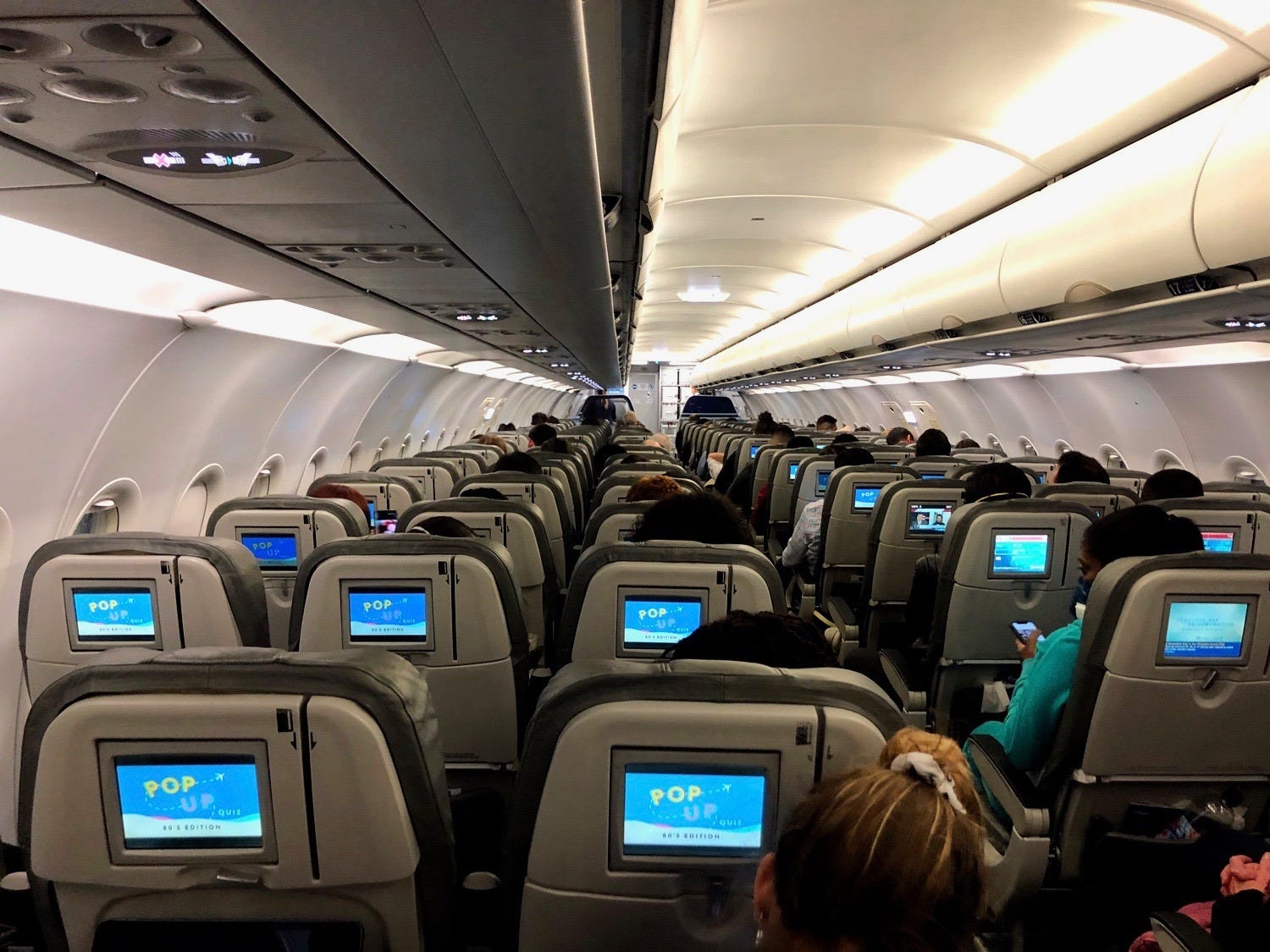 Unlike JetBlue and Westjet, Breeze won’t be featuring personal seat-back in-flight entertainment systems. Instead, travellers seeking entertainment will have the option to stream content to their personal devices, according to One Mile at a Time, a trend the major airlines are also following.

Though they’re loved by passengers, seat-back entertainment systems add weight to aircraft and make them more expensive to operate. Streaming systems require less onboard infrastructure and are less costly, with seat-back screens costing around $US10,000 per seat to install, the New York Times reported.

Forbes reported that the new airline will have WiFi available for passengers on the Airbus A220 aircraft and that Neeleman is still debating on whether or not to make it free. JetBlue Airways, which introduced WiFi to its planes in 2013, offers the service complimentary to all passengers. 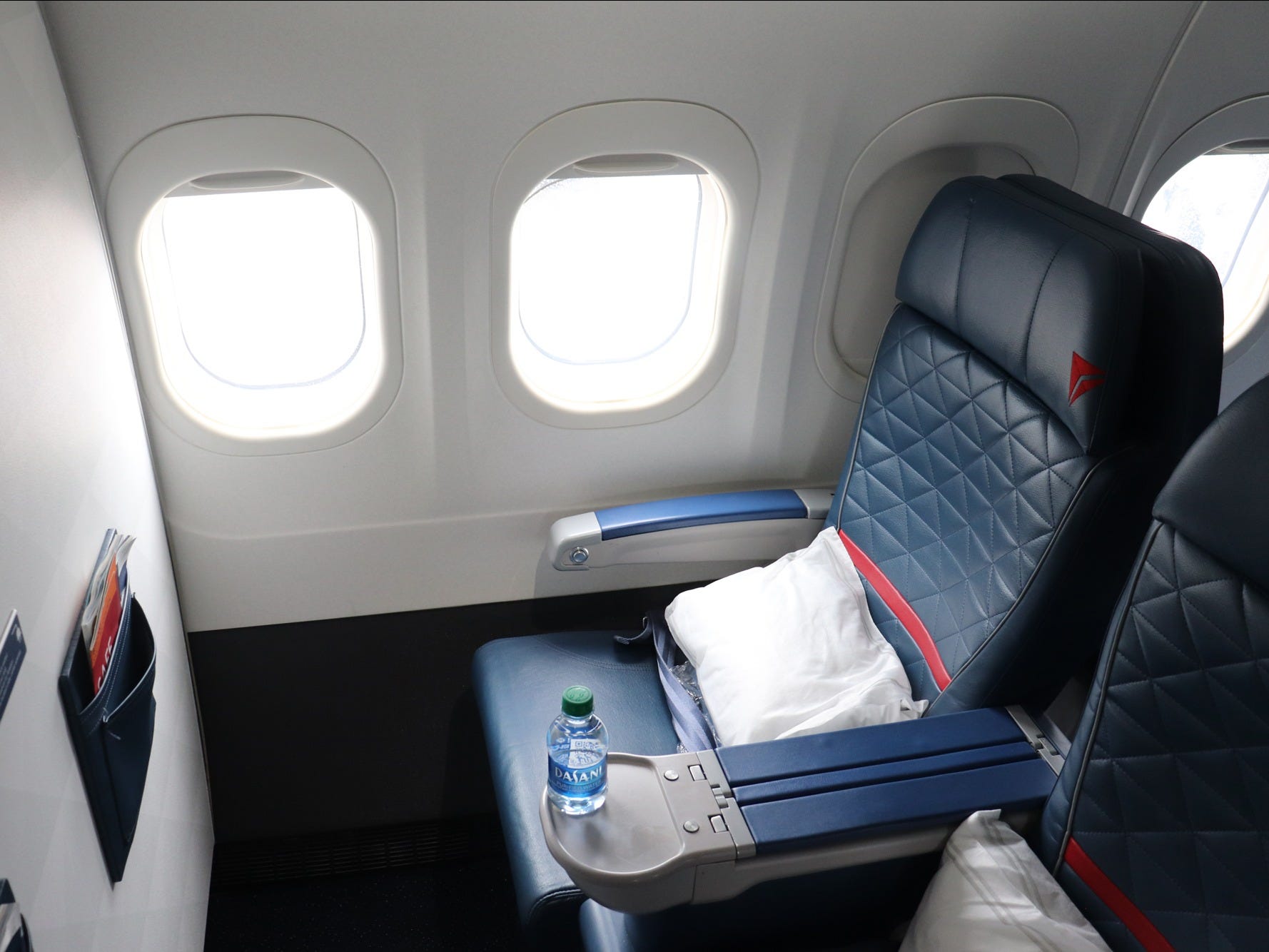 Breeze also plans to offer a first class product, according to One Mile at a Time, which is uncharacteristic for a low-cost airline and Neeleman, whose airlines typically do not offer a premium cabin in their early years. Little is known about what the forward cabin will feature but it won’t be standard across the fleet with some routes seeing recliners and others fully lie-flat seats, the blog reported. 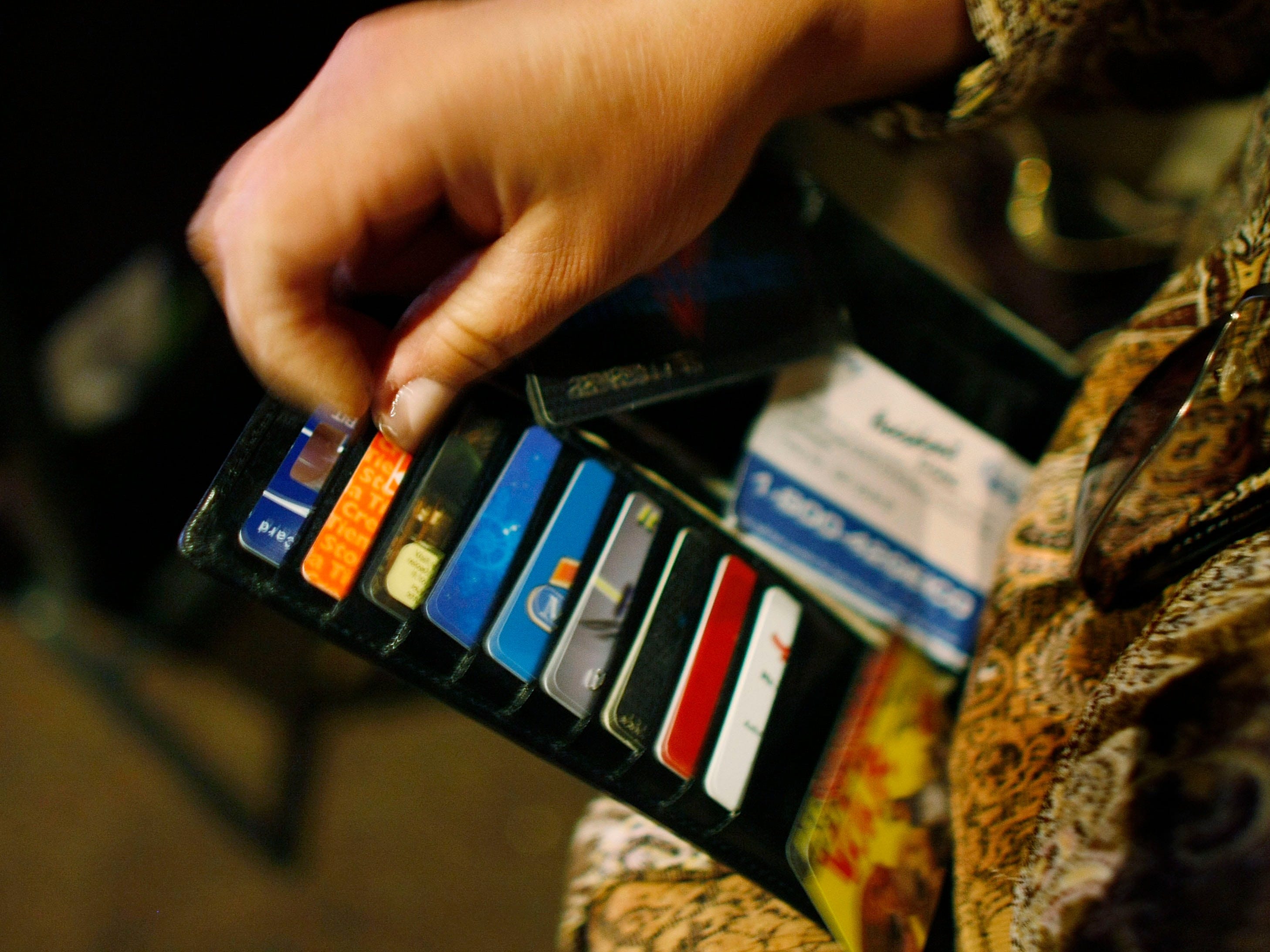 All of these cost-saving measures will culminate in low fares for passengers. Neeleman hasn’t speculated how low the fares will be but the mogul did state that his airline will only need 50 passengers on each flight to break even and it will be operating more efficiently than today’s ultra-low-cost carriers, which routinely sell tickets for under $US20 one-way.

A Minneapolis base to begin with 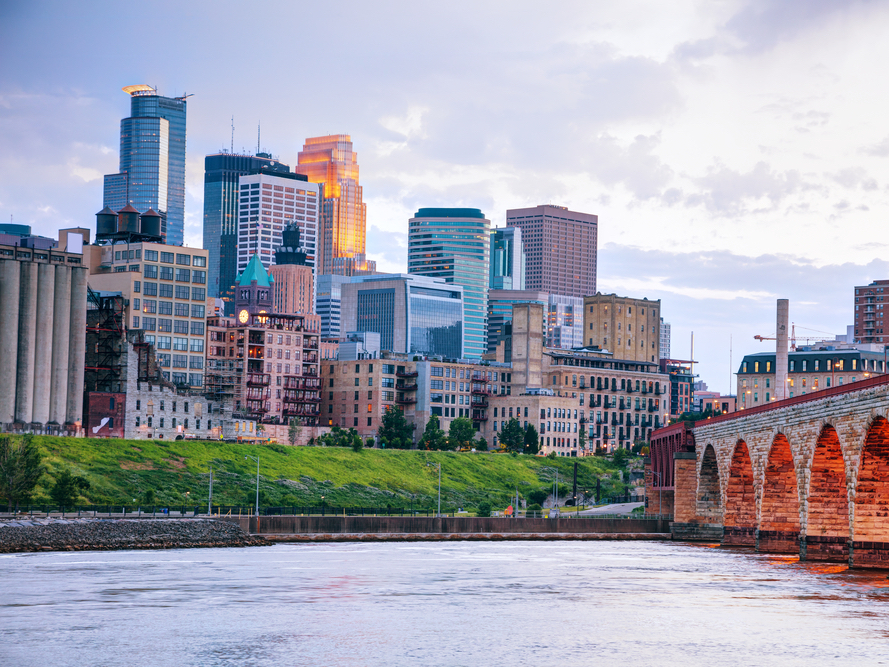 An application was filed with the US Department of Transportation on July 9 to have the certificate of public convenience and necessity of the now-defunct Minneapolis-based Compass Airlines transferred to Breeze, federal records show. As part of the transfer, Breeze stated it plans to start charter operations from Minneapolis and its main airport – Minneapolis/St. Paul International Airport – in mid-October 2020 using the Embraer E190 series aircraft.

The filing did not state, however, whether or not the airline’s headquarters would be moved to the Twin Cities.