18 breathtaking photos of Eid celebrations around the world 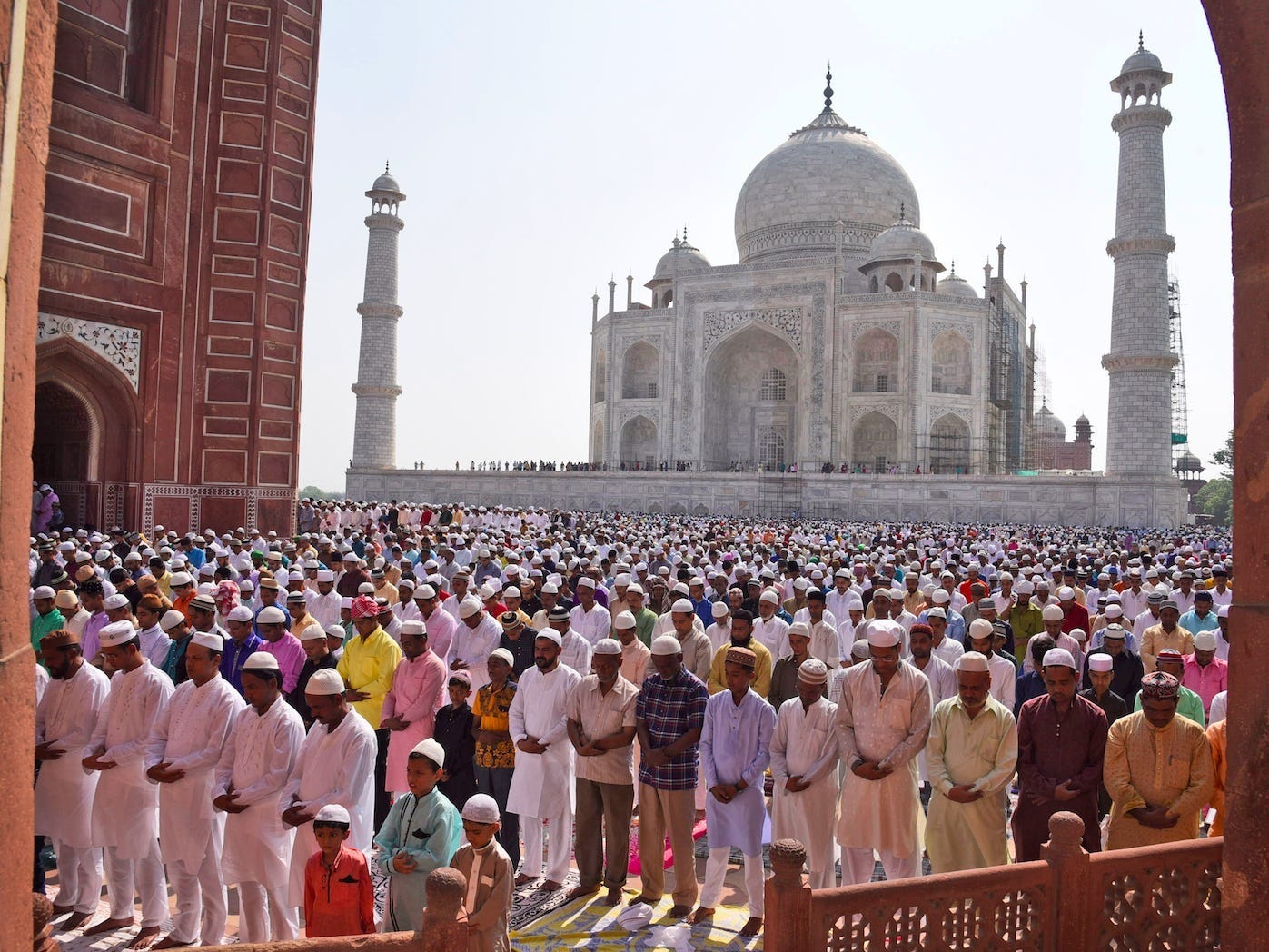 From May 23 to 24, the world’s Muslim community will celebrate Eid al-Fitr. The holiday marks the breaking of the Ramadan fast, where practicing Muslims forgo food and drink from sunrise to sunset, for one month.

The timing of Eid can be difficult, as it’s based on the appearance of a new moon, which can vary from country to country or be masked by cloudy skies.

Processions kick off with a special, early morning prayer and are then followed by feasts and festivities.

Islam is the second-largest religion in the world by believers, which number around 1.8 billion. By 2070, it could overtake Christianity (currently about 2.2 billion believers) as the world’s largest religion.

Muslim populations are therefore prevalent in almost all corners of the globe and Eid celebrations are always a worldwide affair.

From New York City to Beijing, here’s how the world’s Muslims have celebrated Eid al-Fitr in the past.

In New Delhi, India, Muslims pray at the Jama Masjid mosque in the early morning. 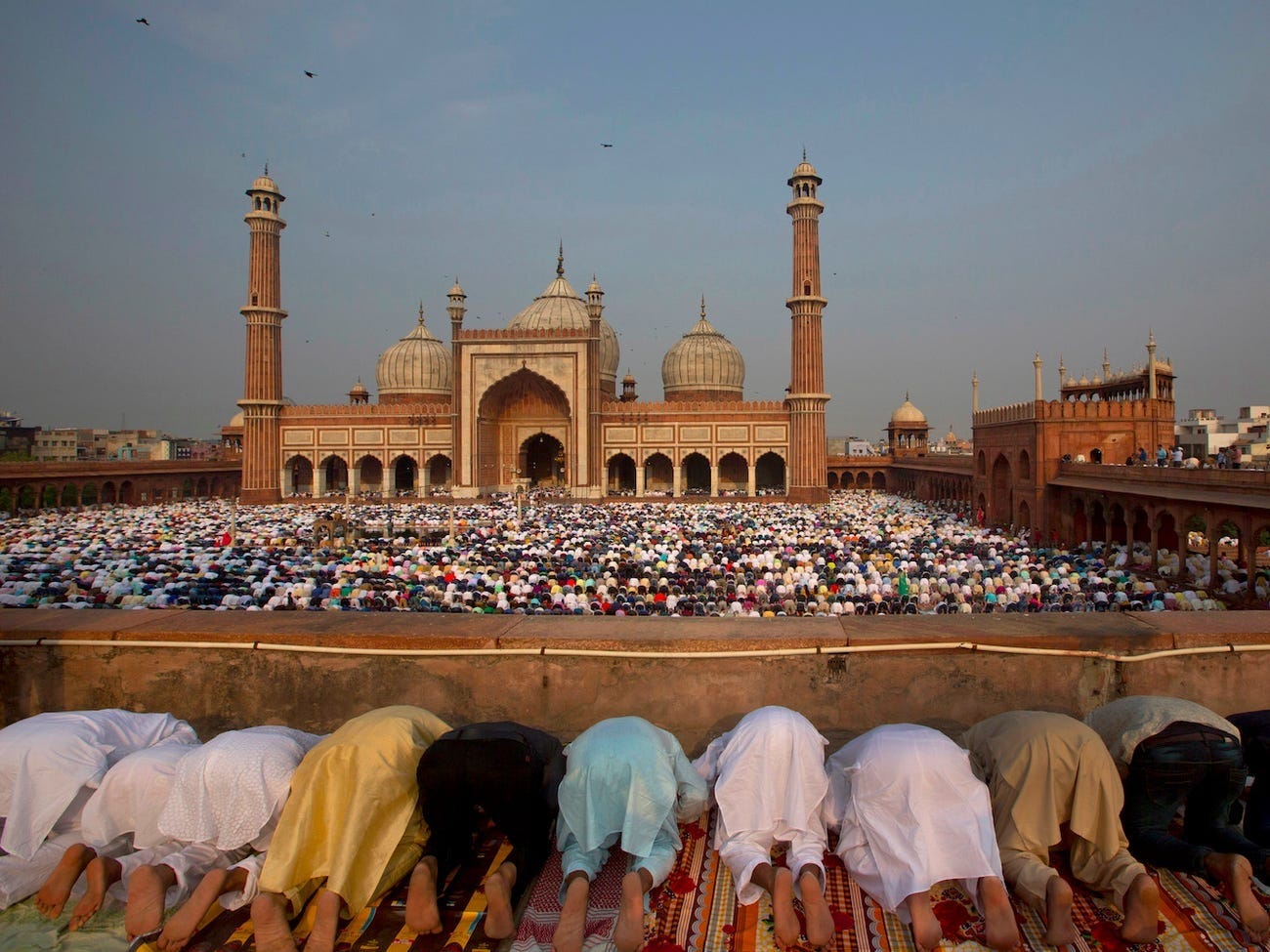 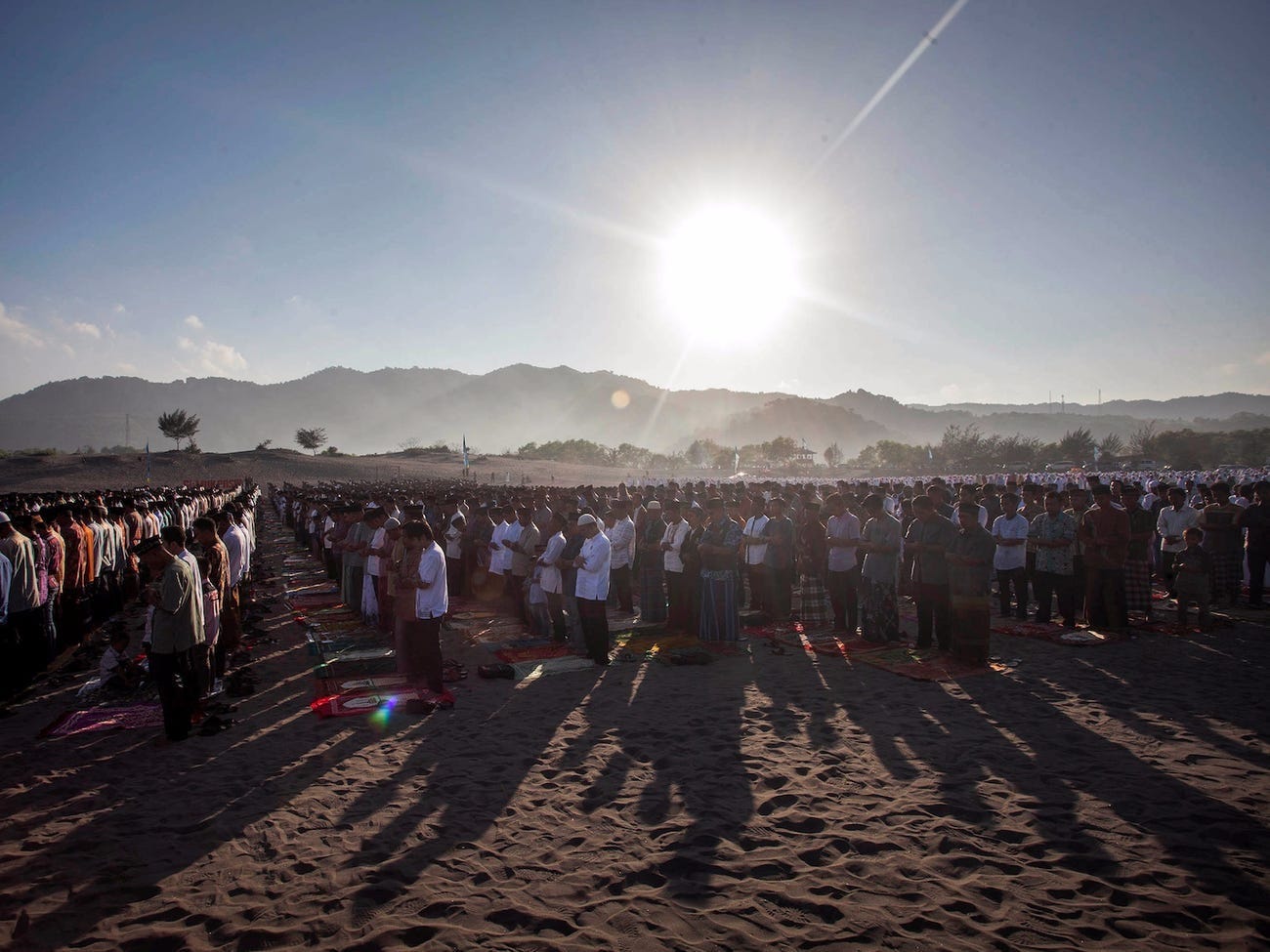 In East Java, Indonesia, Muslims pray at the Al-Mabrur mosque. 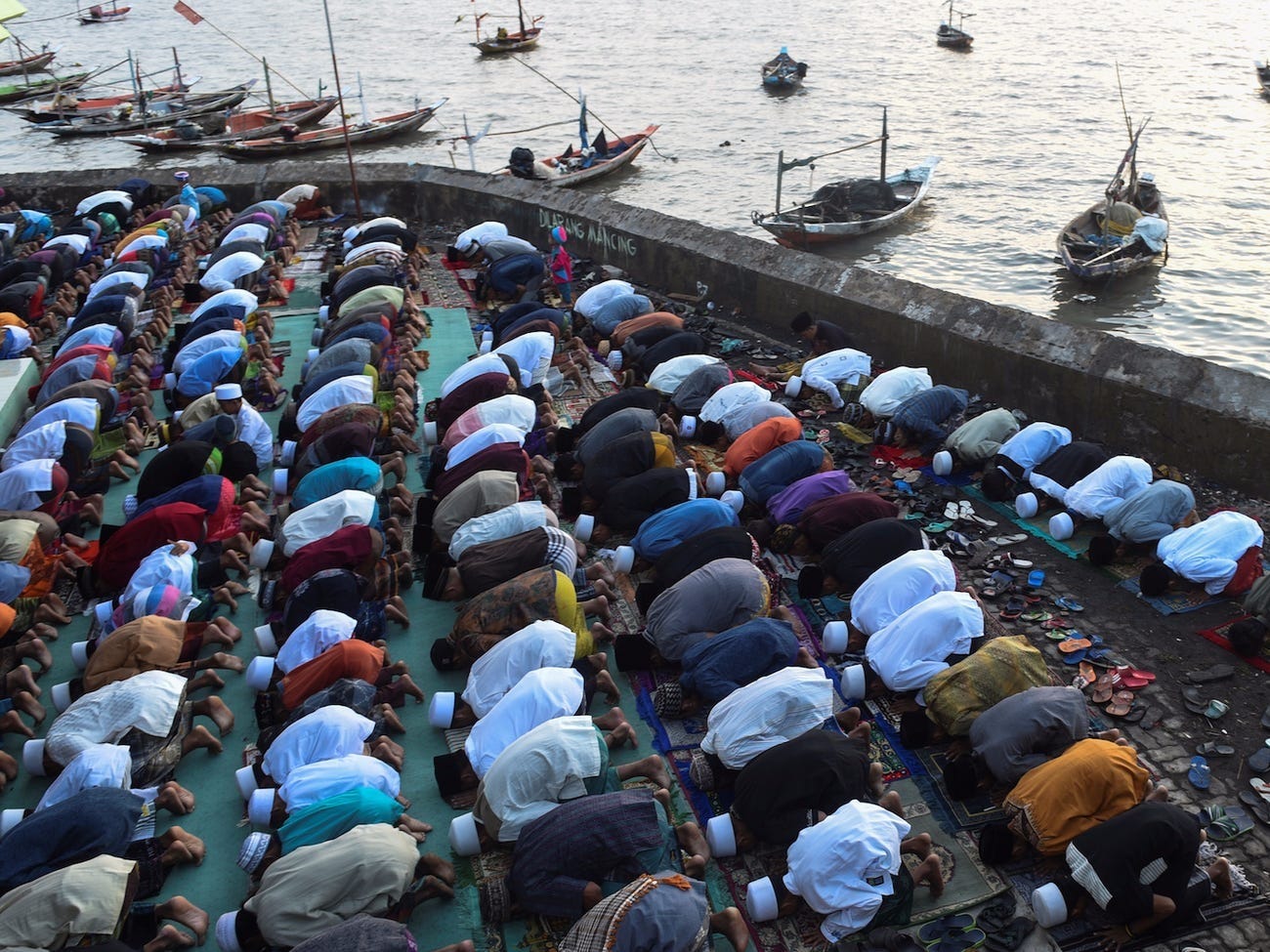 In Moscow, Russia, people gather together for a mass prayer to mark the end of Ramadan. 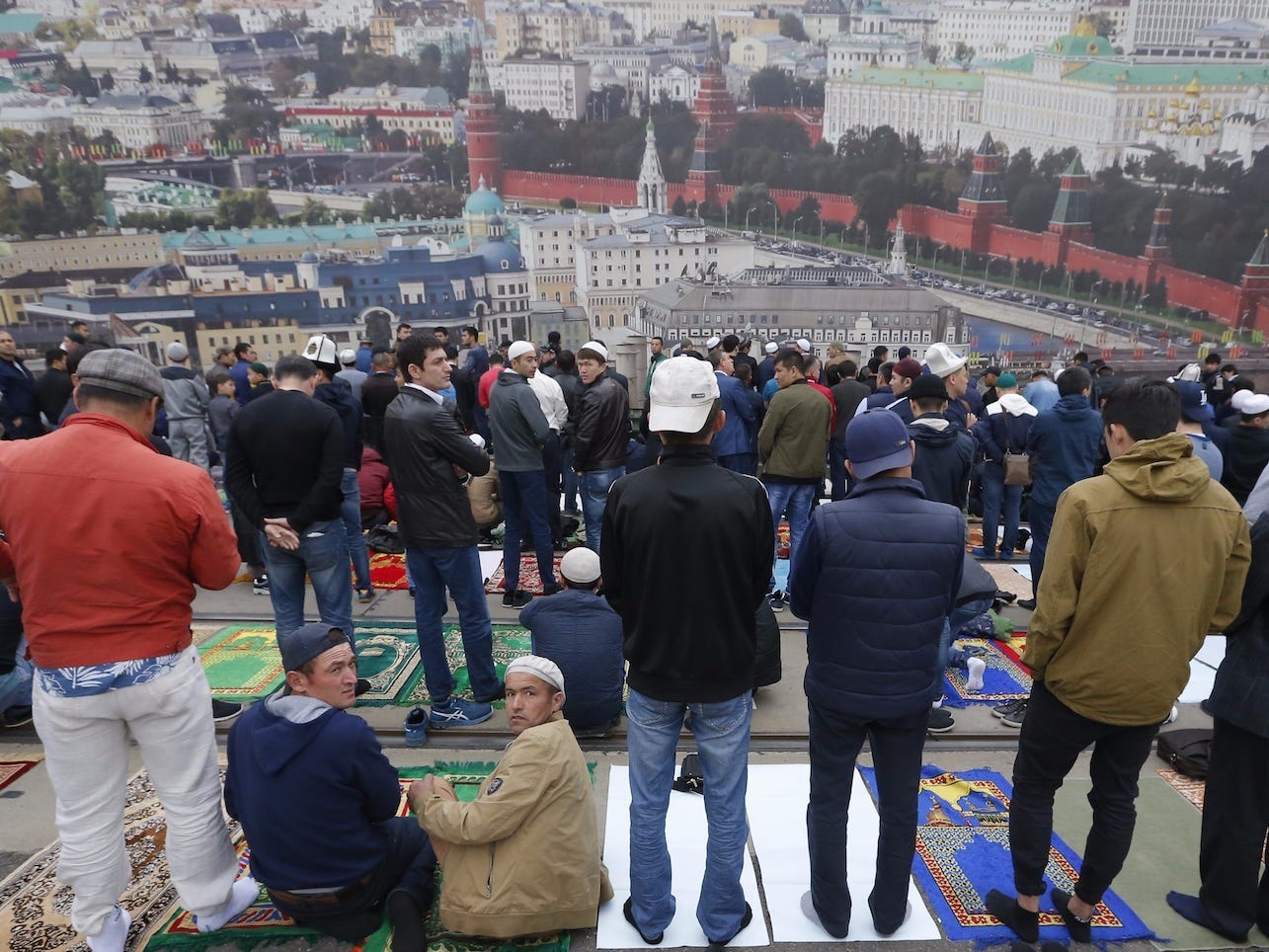 With Palermo, Italy, as the backdrop, a large gathering of Muslims come together to pray in 2019. 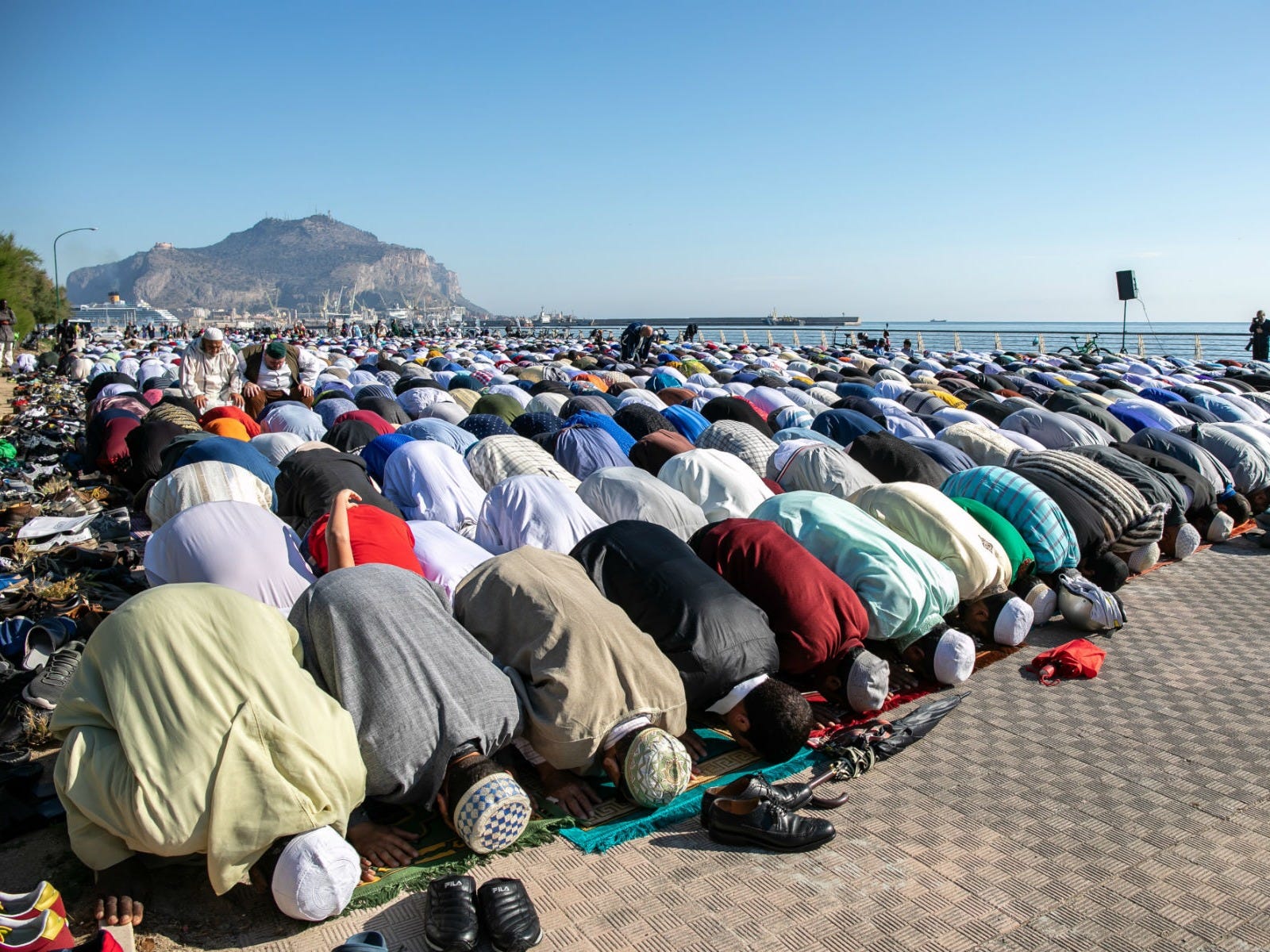 Girls enjoy a carnival ride as people celebrate the festival of Eid at Burgess Park in London, England. 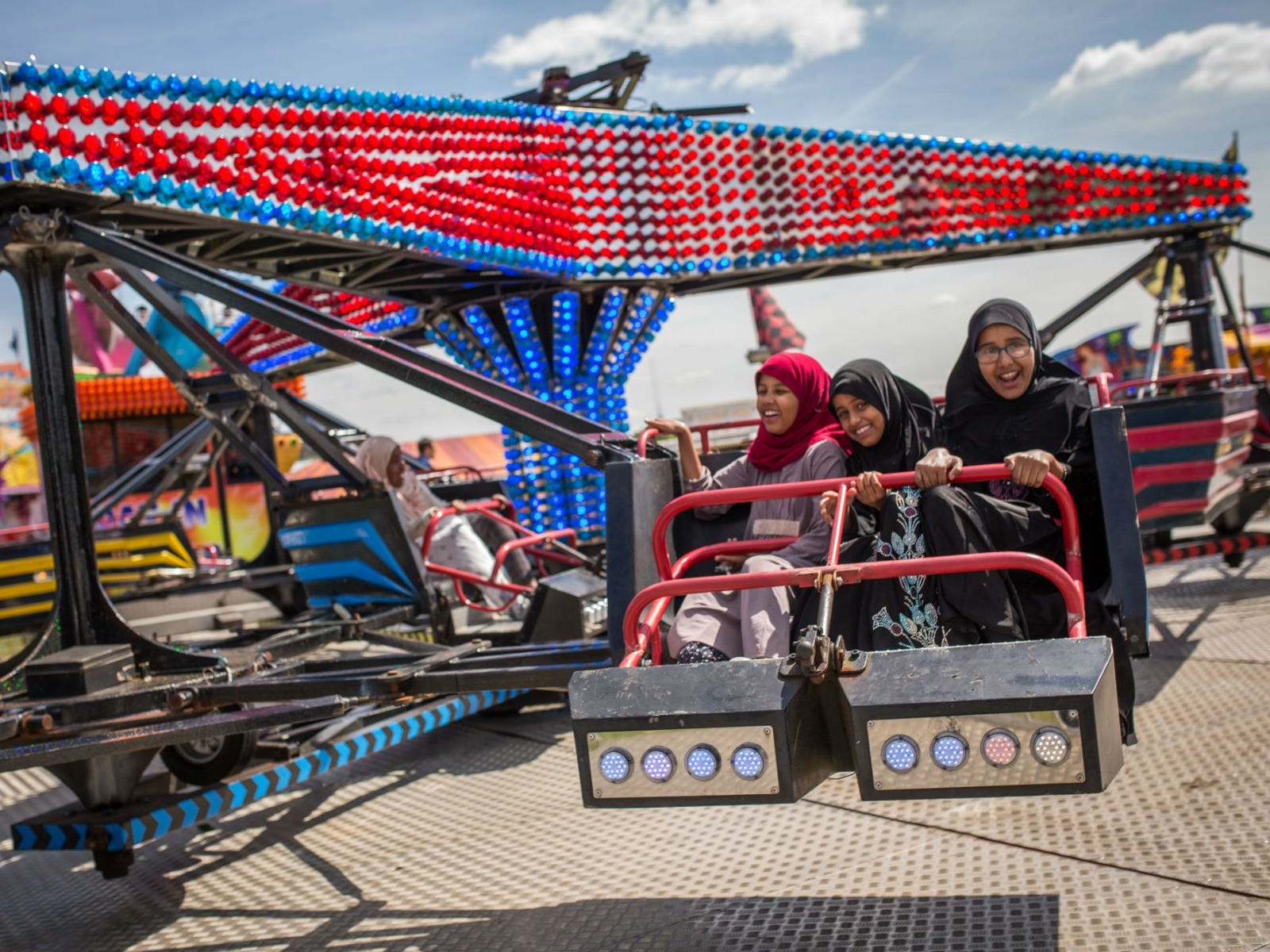 In Mosul, Iraq, displaced Iraqi girls who once fled their homes pose for a photograph as they celebrate the beginning of Eid. 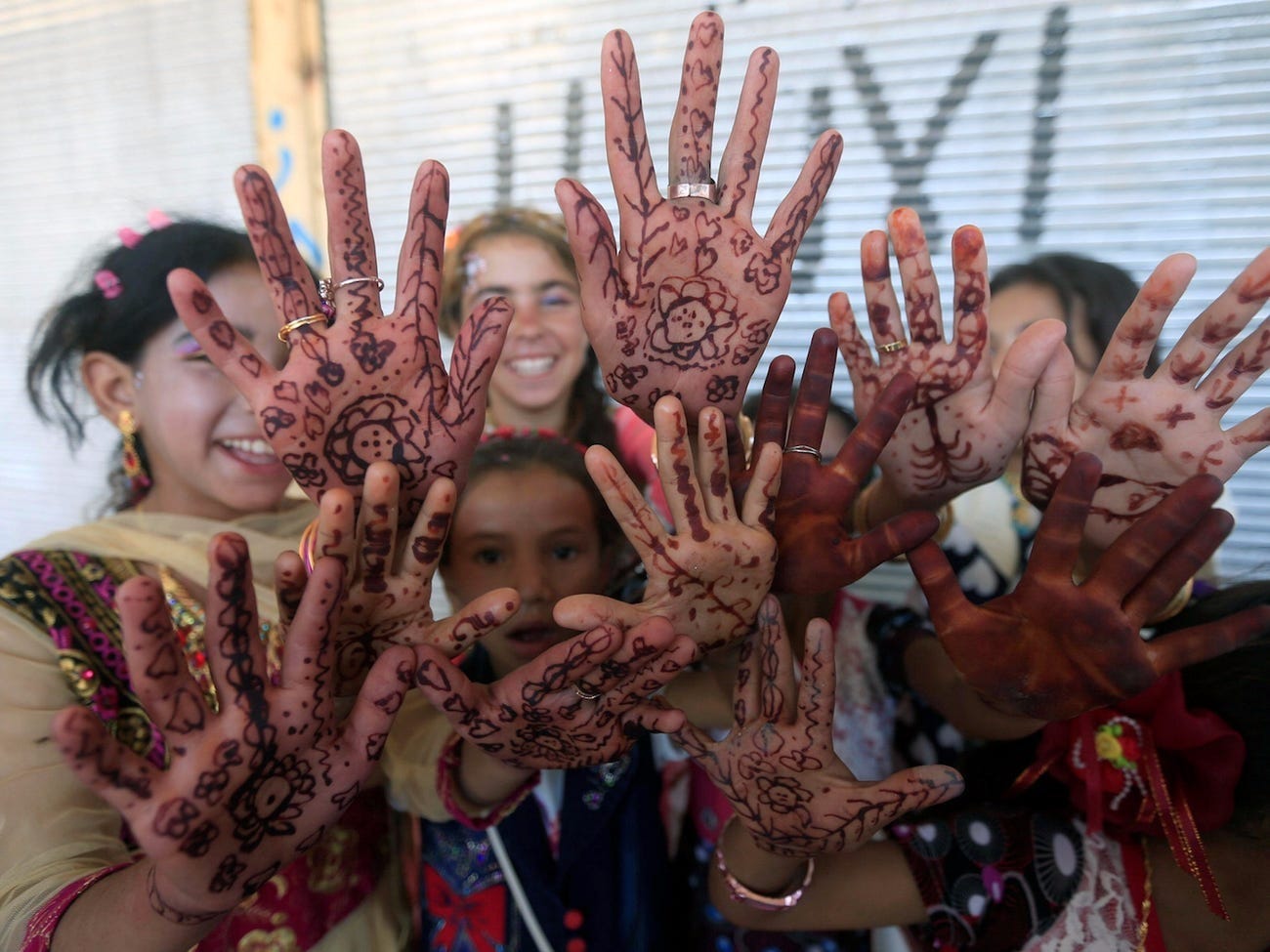 Alaa Al-Marjani/ReutersIraqi girls join together for a photo in 2017.

In Jakarta, Indonesia, individuals gather on a street to perform an Eid al-Fitr prayer. 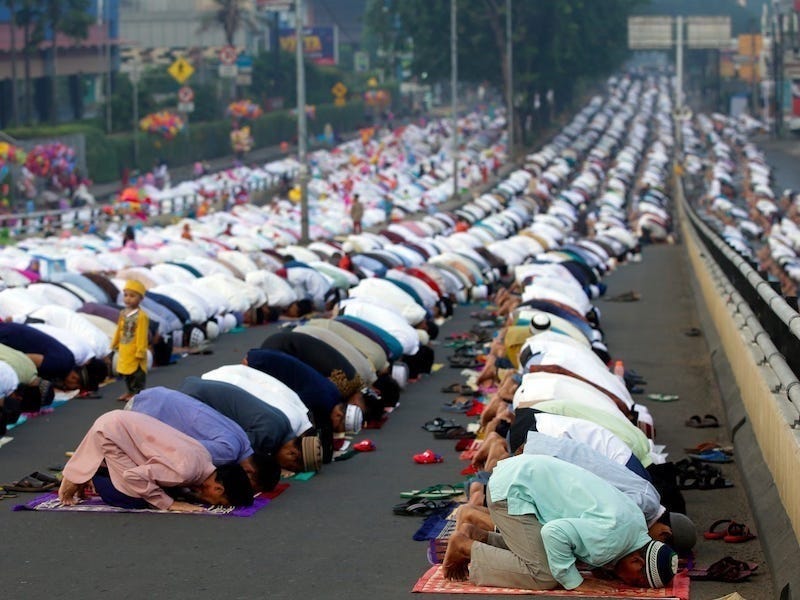 Achmad Ibrahim/AP ImagesMuslims fill the streets to mark the end of Ramadan.

Crowds gather at a public park outside of a mosque in Cairo, Egypt to catch balloons that are released after Eid al-Fitr prayers. 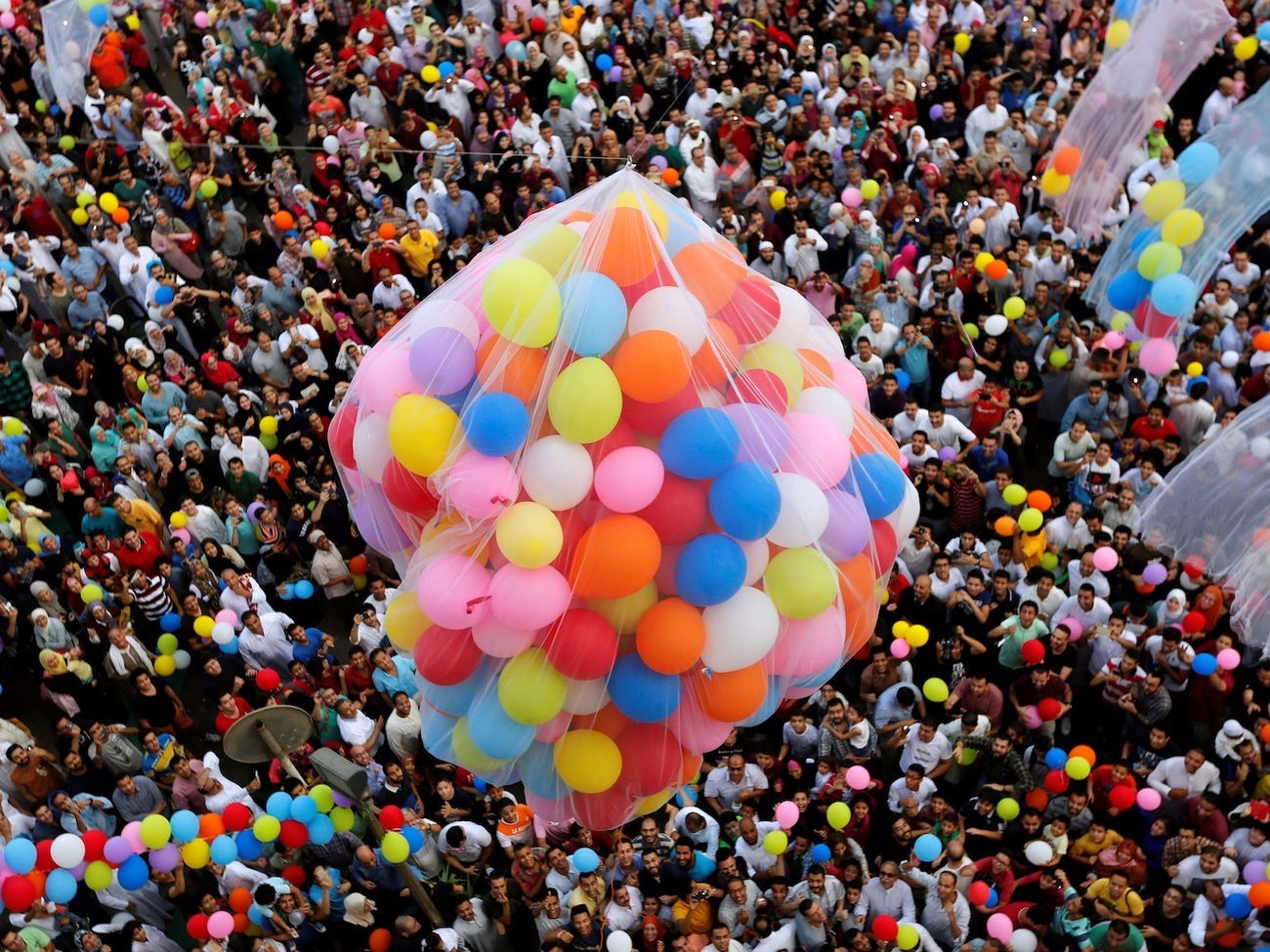 Amr Abdallah Dalsh/ReutersMuslims gather in the streets in Cairo, Egypt.

In Al-Zahara square in Juba, South Sudan, Muslims join together to pray. 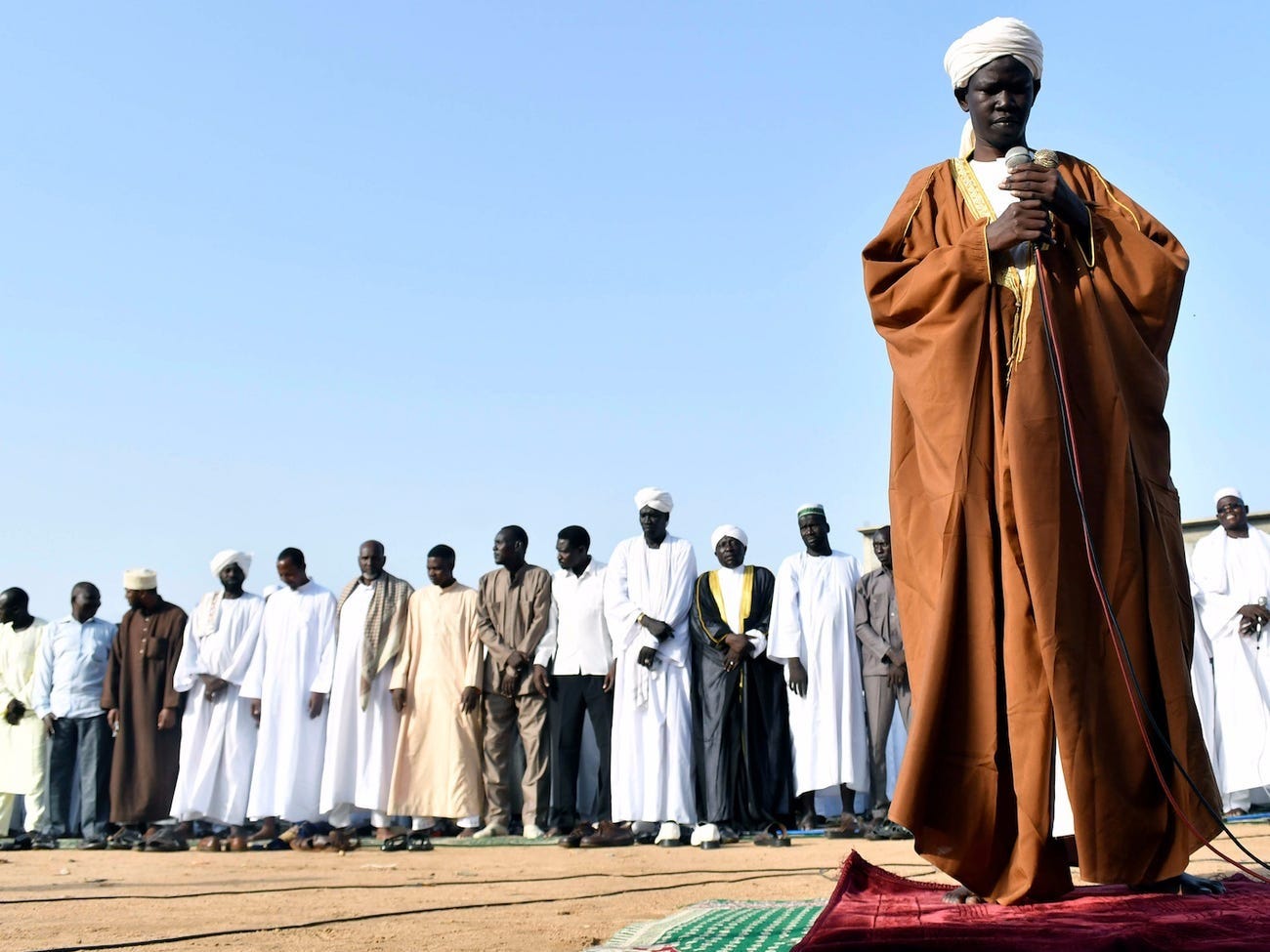 In Mexico City, Mexico, Muslims join together in a gymnasium to mark the end of the holy fasting month. 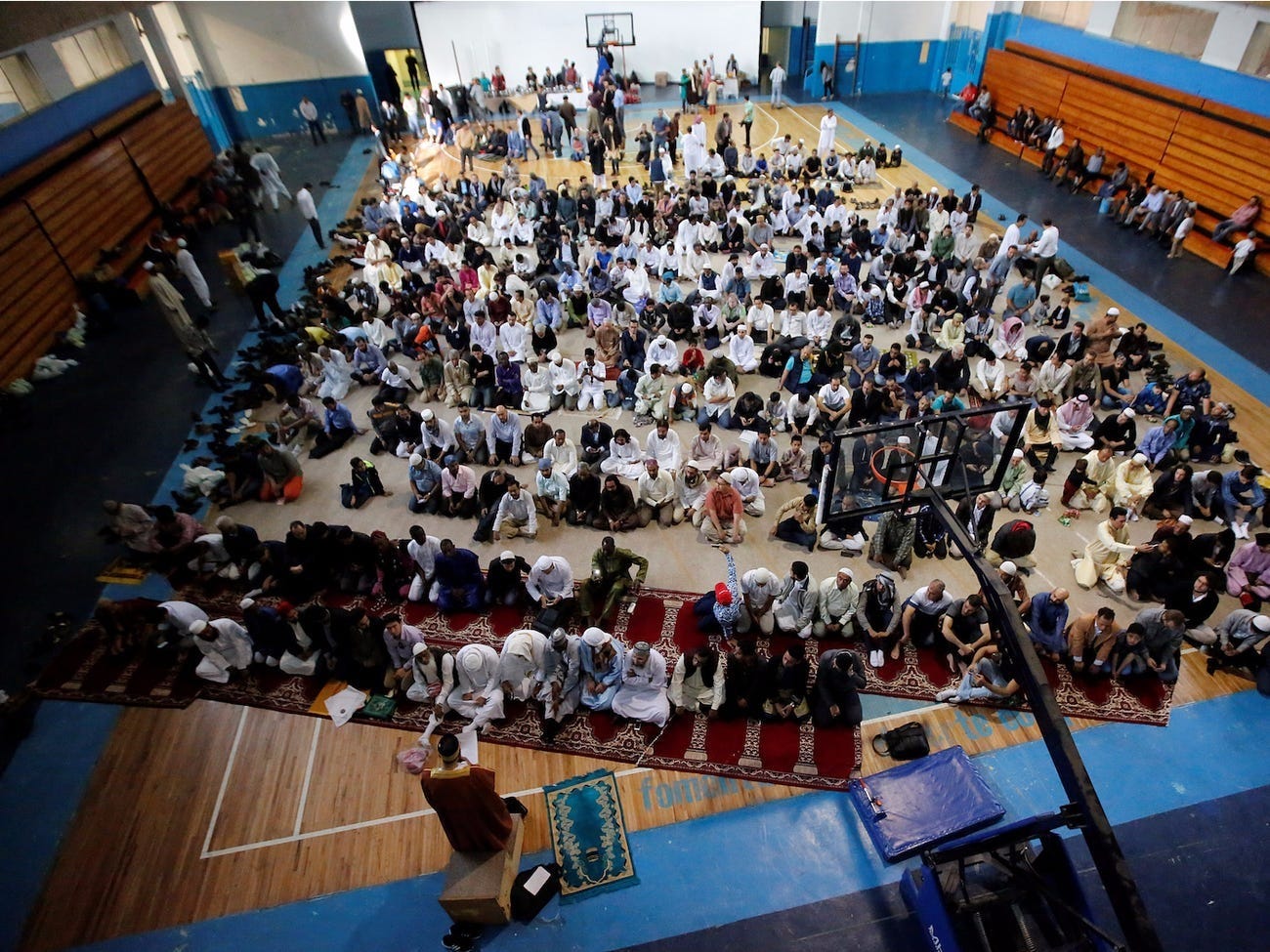 In the US, Muslims come together at Angel Stadium in Anaheim, California. 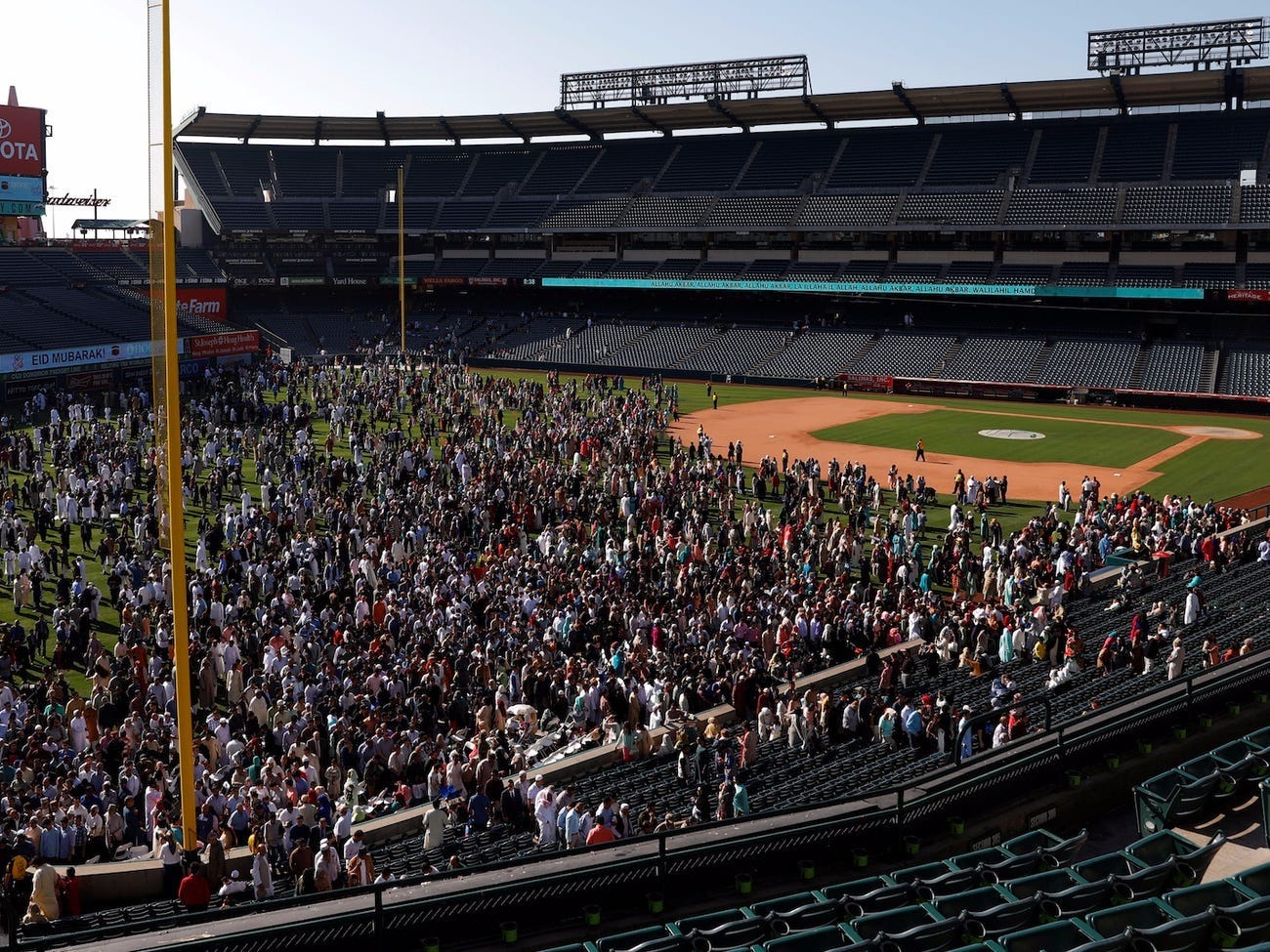 Patrick T. Fallon/ReutersMuslims gather at a baseball stadium in California.

On the opposite coast, people join together at Bensonhurst Park in Brooklyn, New York, to take part in Eid al-Fitr prayers. 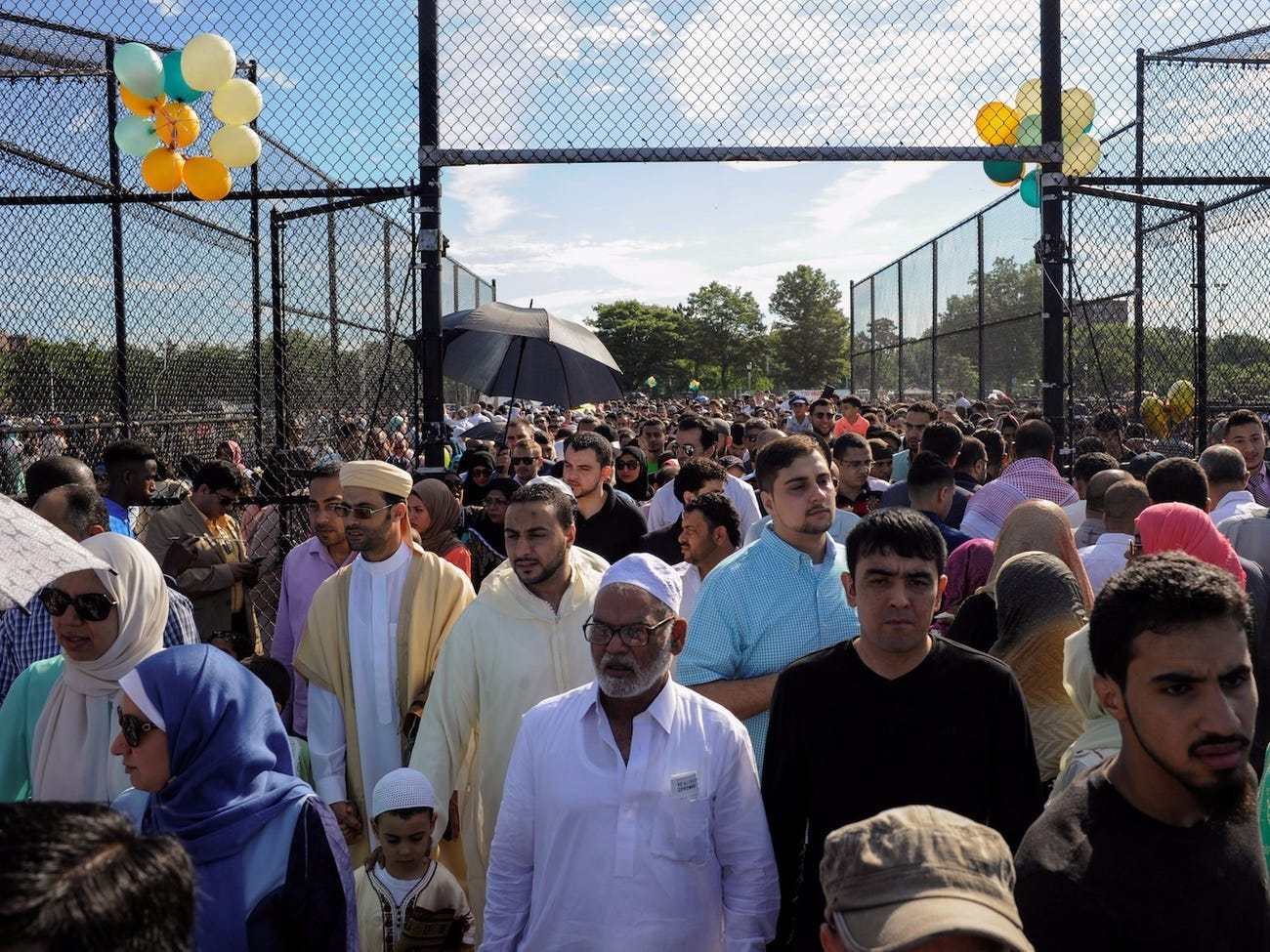 In Kathmandu, Nepal, Muslims gather together on multiple stories to pray together and celebrate the beginning of Eid al-Fitr. 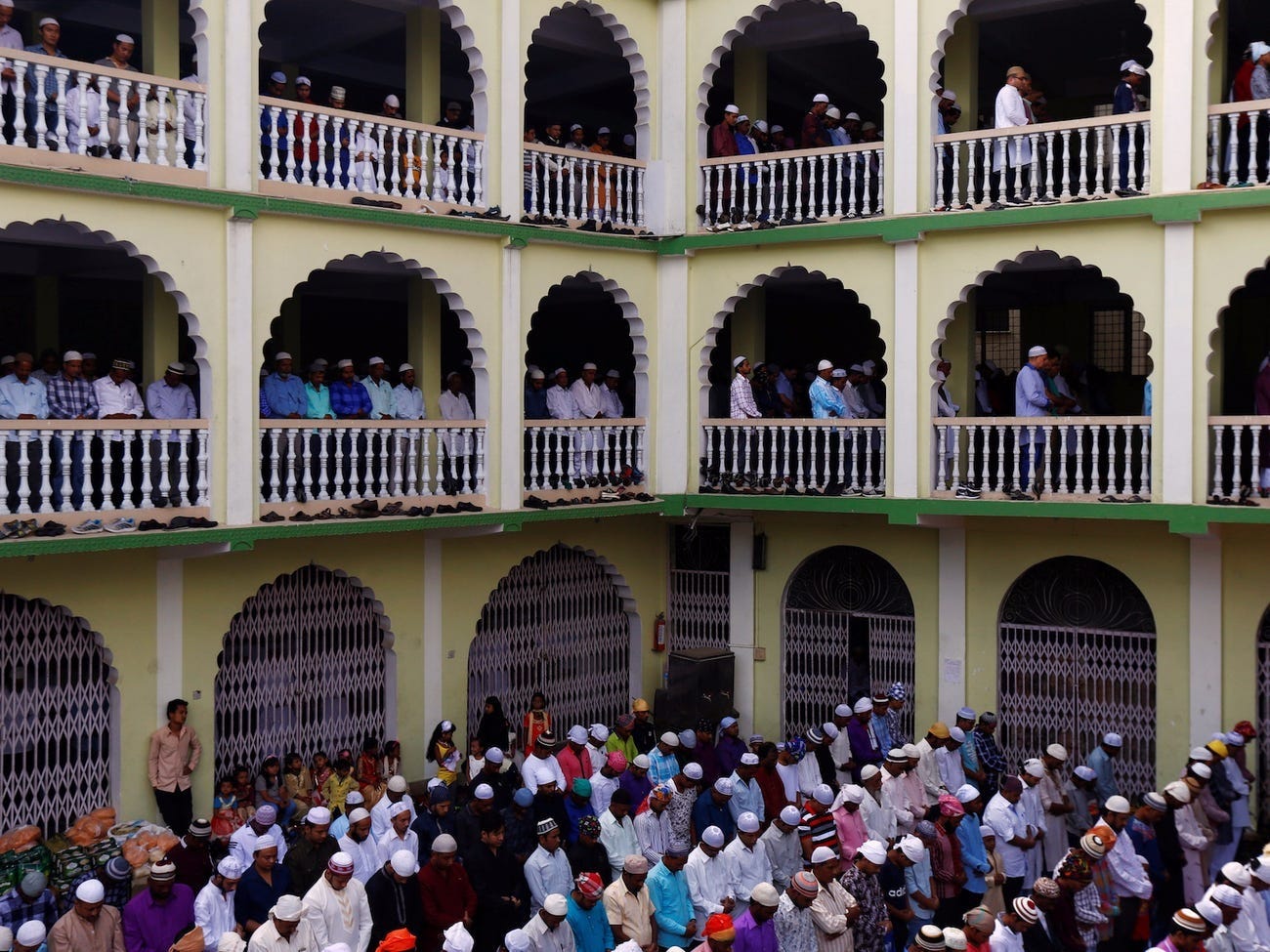 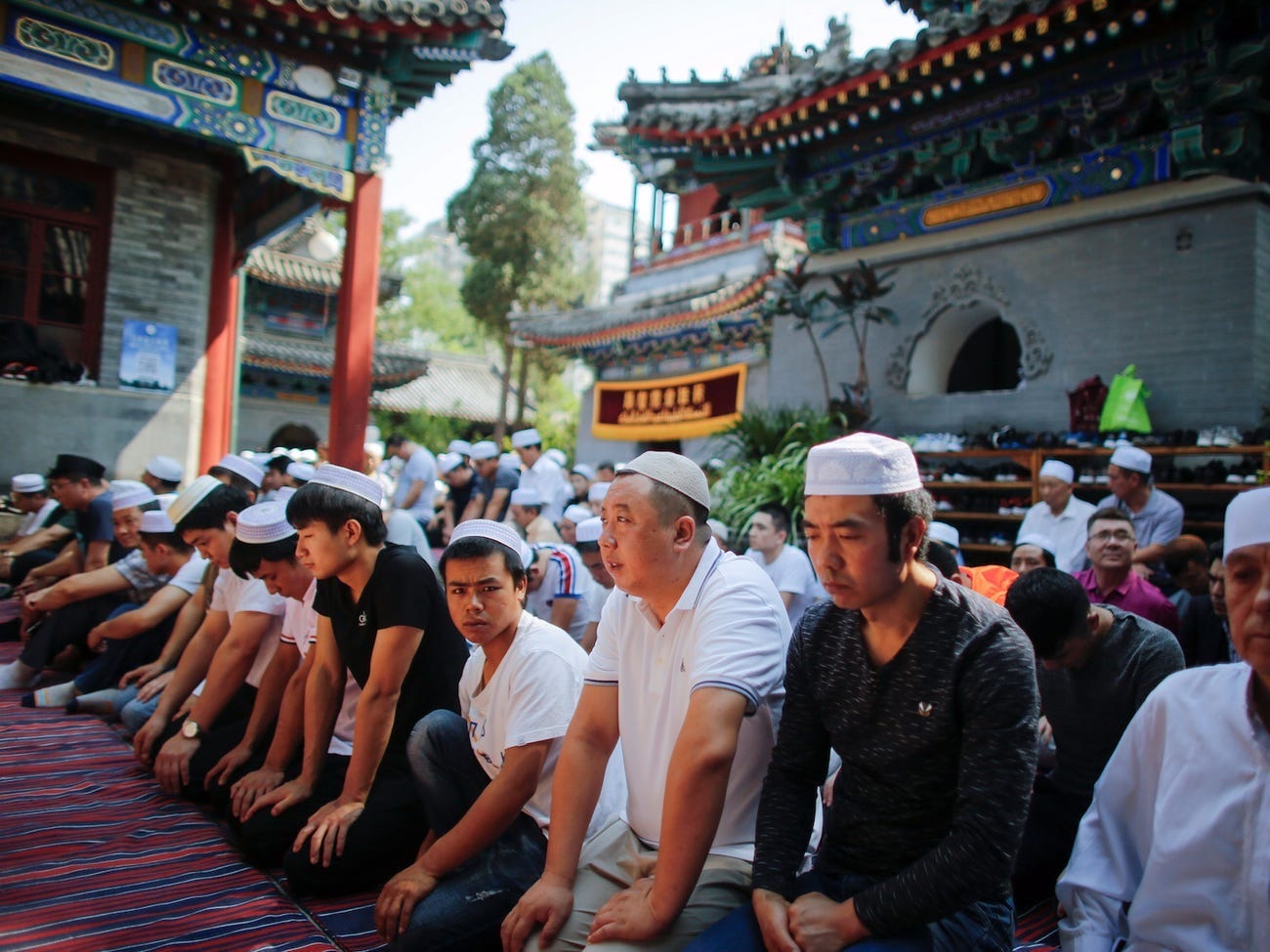 A sleepy boy starts his morning amongst others in Rawalpindi, Pakistan, to pray. 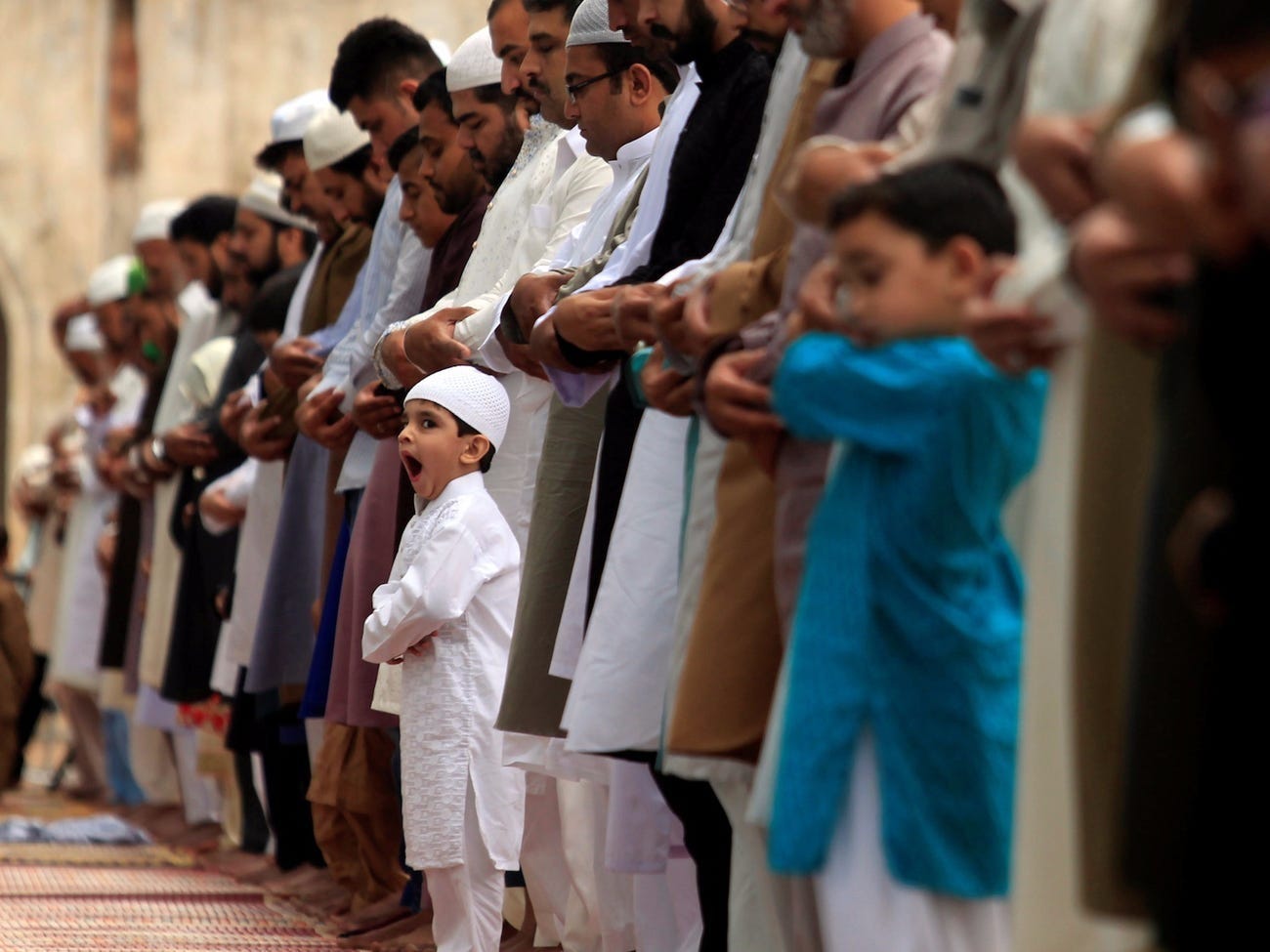 Faisal Mahmood/ReutersMuslim men gather to mark the end of the holy fasting month of Ramadan. 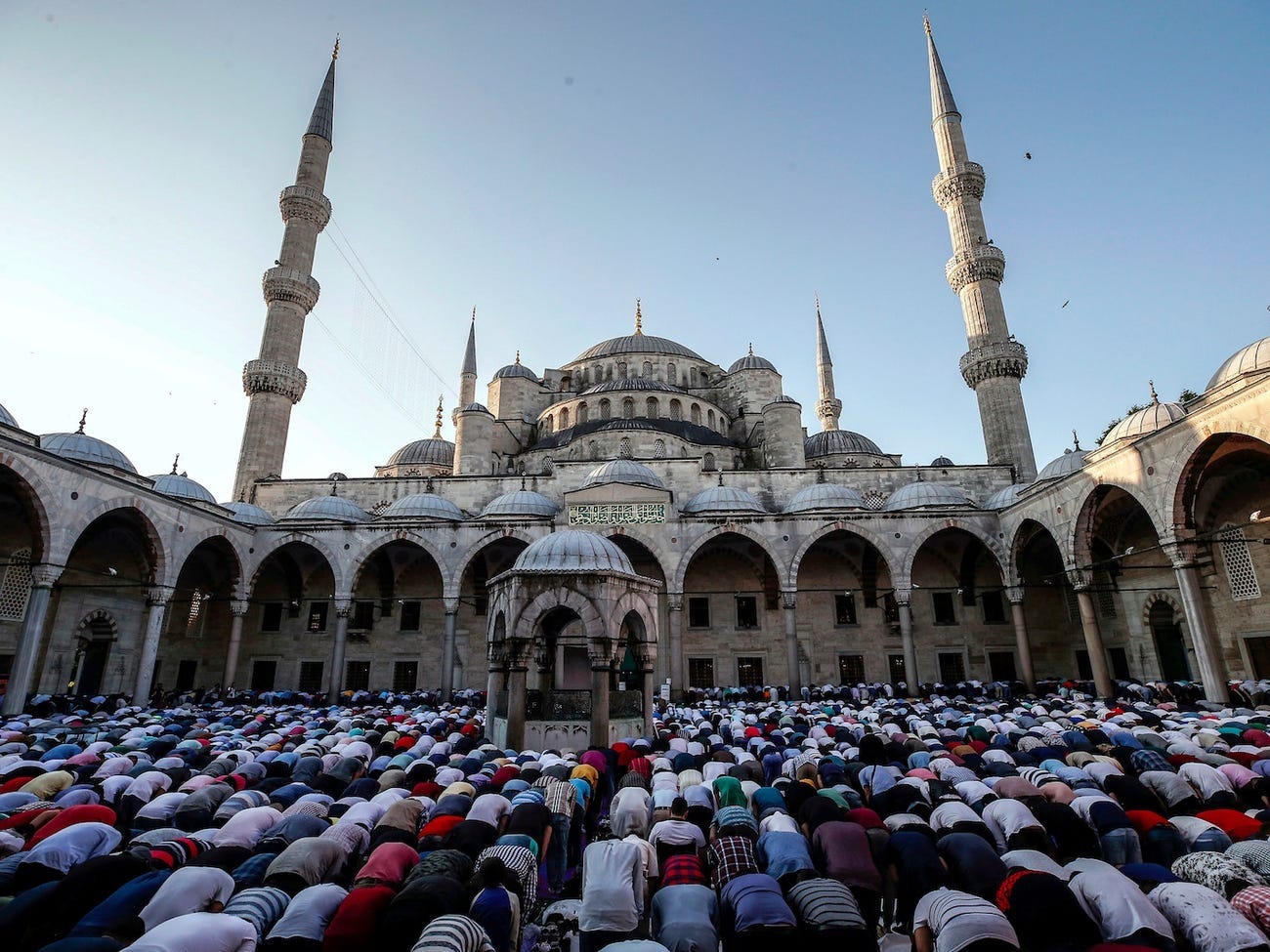 Indian Muslims pray at the Taj Mahal in Agra, India. 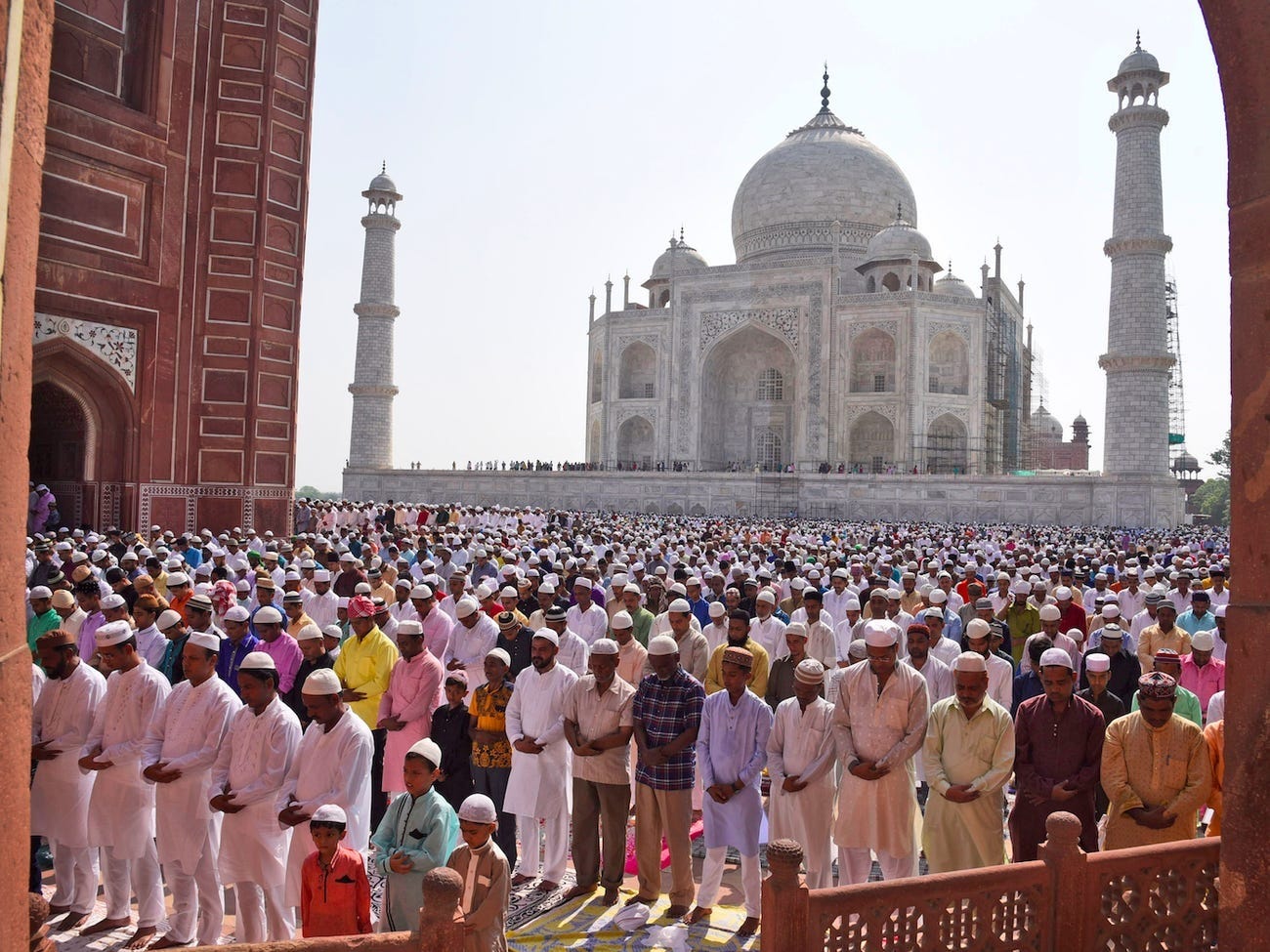 Pawan Sharma/AP ImagesThe sun beats down on the enormous gathering of Muslims at the Taj Mahal.