After a week of speculation, Ann Curry confirmed late Wednesday that she is, in fact, leaving her role as co-anchor on the “Today” show.Curry broke the news to USA Today in a 40-minute phone interview, saying she expects Thursday to “be a bit of a tough day … I’m going to have to tell our viewers. That’s what makes me more emotional than anything. I don’t want to leave them. I love them. And I will really miss them.”

But while Curry may be down, she is definitely not out.

The 55-year-old journalist will remain with the network in a new role as anchor-at-large and NBC News national/international correspondent.

Curry’s new contract, that she says lasts “a significant amount of time,” more than just a few years, was negotiated on her behalf by lawyer Robert Barnett.

She declines to discuss her salary but says reports of $10 million or $20 million a year are inaccurate, “I can say that I’d love to earn that much.”

But before a contract was in place or Curry had a chance to announce her anchor position departure, rumours swirled regarding her ousting by NBC.

“I don’t know who has been behind the leaks, but no question they’ve hurt deeply,” Curry revealed in the interview with the paper.

As for the show’s recent ratings drop, she says, “I know I am not to blame for the ratings worries. And my bosses have said to me there are many factors involved. There is no doubt that the rating wars have become meaner and less focused on our responsibilities as journalists.”

“You know, Matt and I have had great on-air chemistry for 14 years, been part of the No. 1 winning team for a history-making number of years,” Curry continued. “That said, I just finished my freshman year as co-host. In every single co-host’s first year, there have been kinks to be worked out, and perhaps I deserve as much blame for that as anyone.”

So does she think she was given enough time to work out those kinks? “No, I do not,” she revealed.

Would she have liked more time? “Oh, sure I would have,” she says.

But instead, Curry will be heading up a new seven-person unit for NBC while Savannah Guthrie is still the rumoured frontrunner to take her coveted place.

Watch Curry officially announce her departure on the “Today” show below: 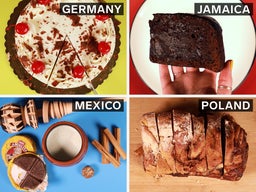