7 breakfast foods you can make in a slow cooker HDesert/ShutterstockYou might be surprised to learn you can make cinnamon rolls in a slow cooker.

However, slow cookers and Crock-Pots can also be used to make delicious breakfast foods â€” and the best part is you’ll wake up to find them ready to eat.


15 cosy comfort food dishes you can make in a slow cooker, according to chefs

Insider scoured the internet to find the best breakfast recipes you can make in a Crock-Pot, from light and fluffy scrambled eggs to cinnamon buns.

Here are seven delicious breakfast foods you can make in a slow cooker. 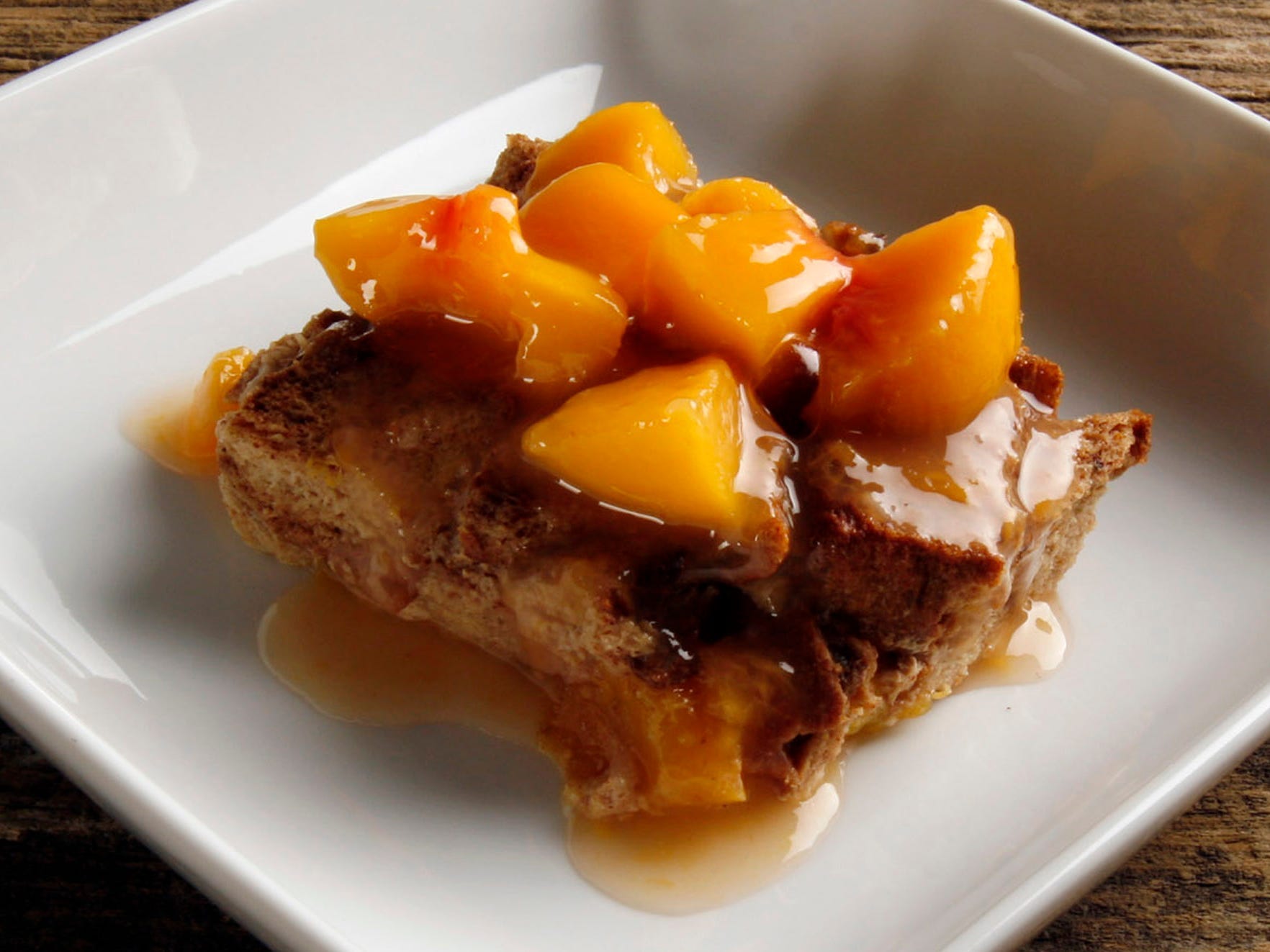 French toast is a breakfast and brunch staple, but you might not realise that you can make a twist on the classic dish in a slow cooker.

According to one recipe by SimplyRecipes, you can make a French toast casserole by slow cooking toasted bread and cinnamon custard in your Crock-Pot overnight. Serve it warm with maple syrup for a delicious, sweet breakfast with minimal effort.

A cheesy hash brown casserole is a delicious way to utilise your slow cooker for breakfast. 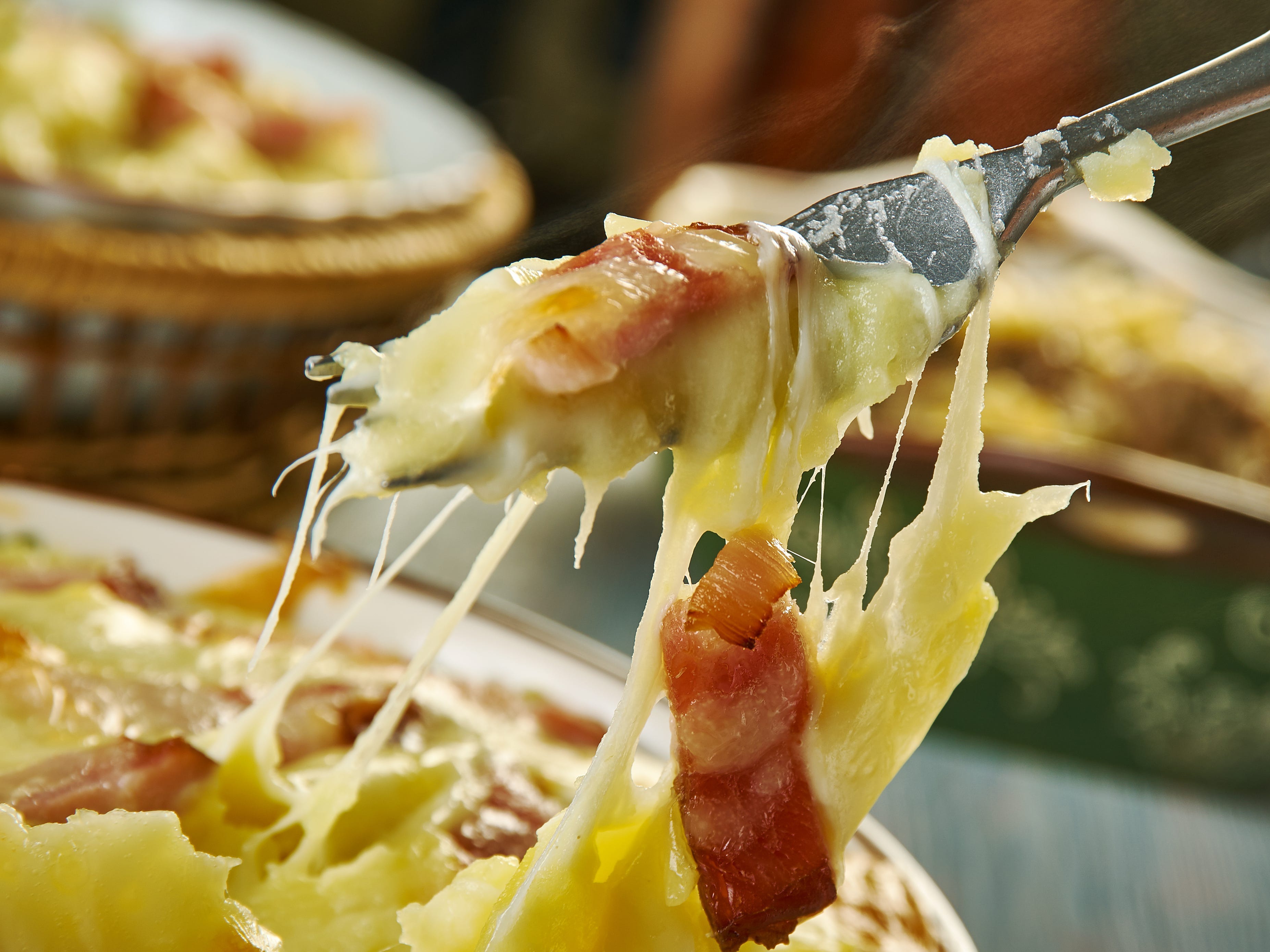 You can make a rich and cheesy hash brown casserole in a Crock-Pot or slow cooker, according to one recipe by Betty Crocker.

In a large bowl, stir cooked onion and garlic, refrigerated shredded hash brown potatoes, shredded cheddar cheese, sour cream, water, salt and pepper, and cream of mushroom soup. Then, pour your mixture into the slow cooker and let it cook for approximately six hours on the low heat setting.

You can also make biscuits and gravy using a slow cooker. 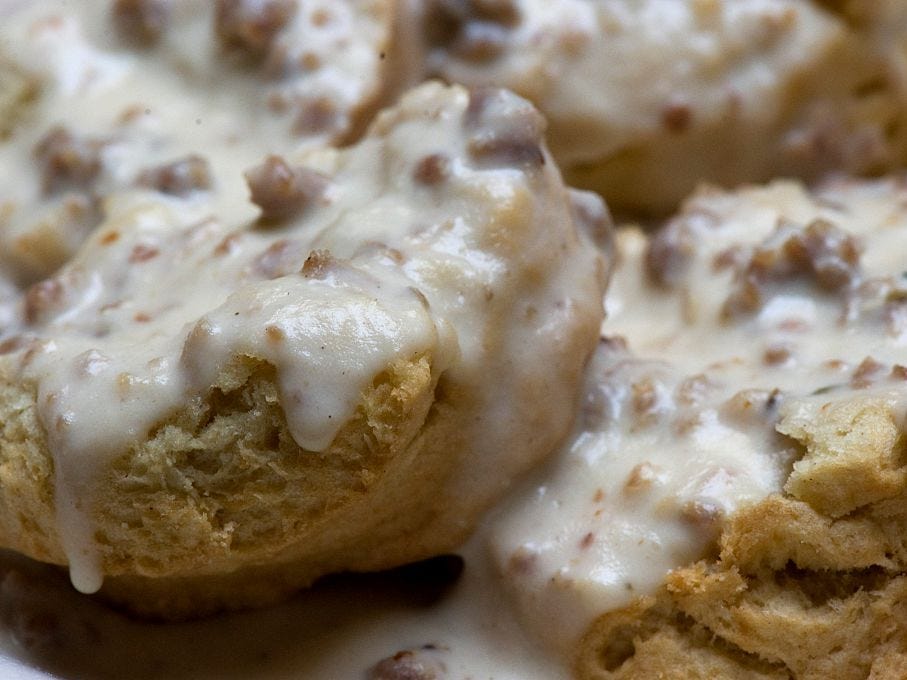 Biscuits and gravy are a favourite breakfast staple in the South, and you can prepare this delicious dish in a Crock-Pot.

For a super easy version, you can use premade canned biscuit dough from the grocery store and top it all off with homemade sausage gravy. Then, cook your biscuits and gravy on the low heat setting for approximately two hours, with a towel placed in between the lid and the slow cooker pot to prevent condensation from making the biscuits soggy.


Read more:
25 ridiculously tasty foods that the South does best

You can also make a savoury casserole with eggs, bacon, and more. 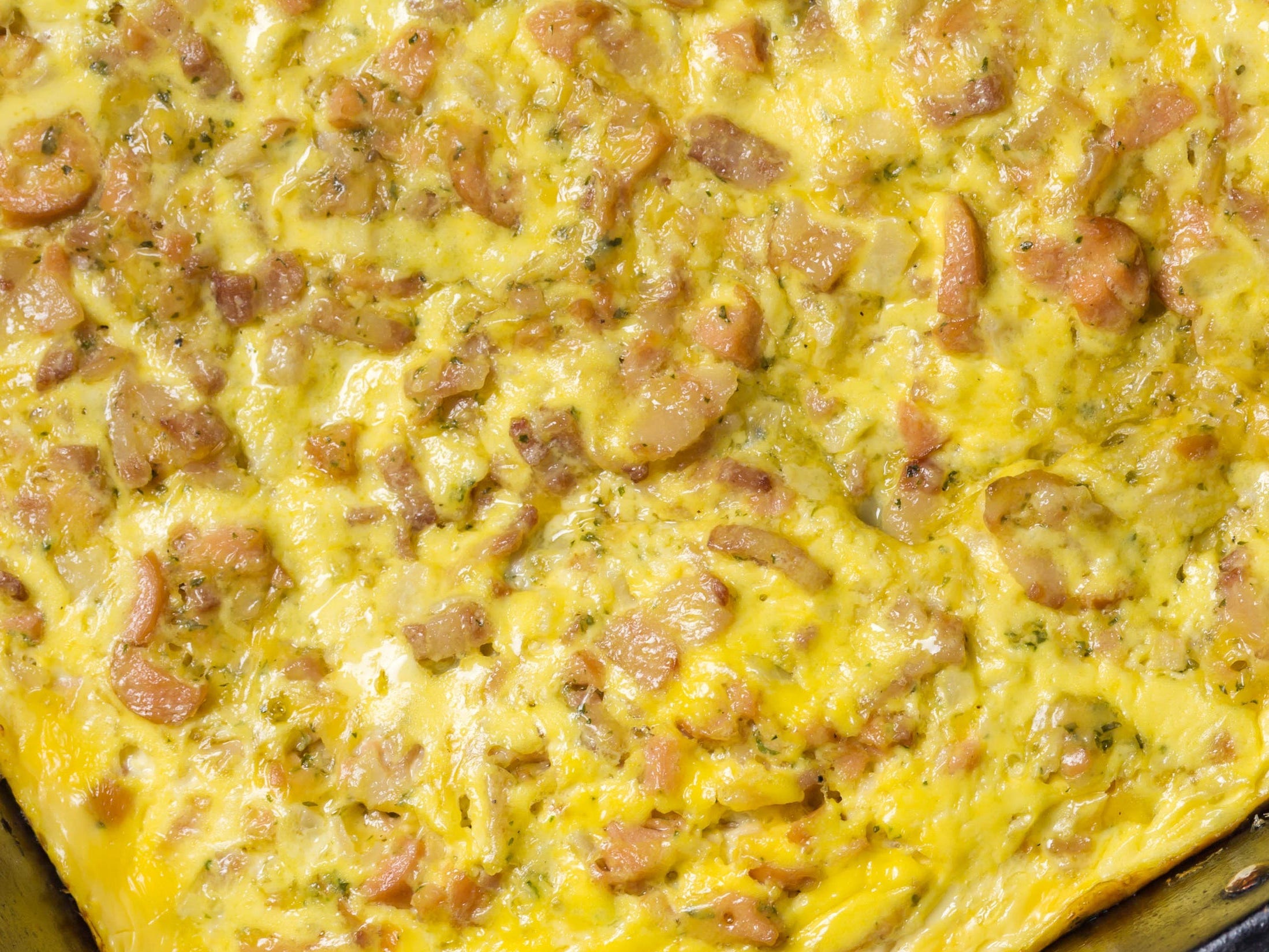 This overnight breakfast casserole from Well Plated calls for a whopping 12 eggs, sauteed bacon, sourdough loaf, a variety of cheeses, and spinach for a meal you’ll want to wake up for.

Plus, since the casserole takes an average of seven to eight hours to cook, you’ll get a good night’s rest, too.

You might be surprised to learn you can even make cinnamon rolls in a slow cooker. 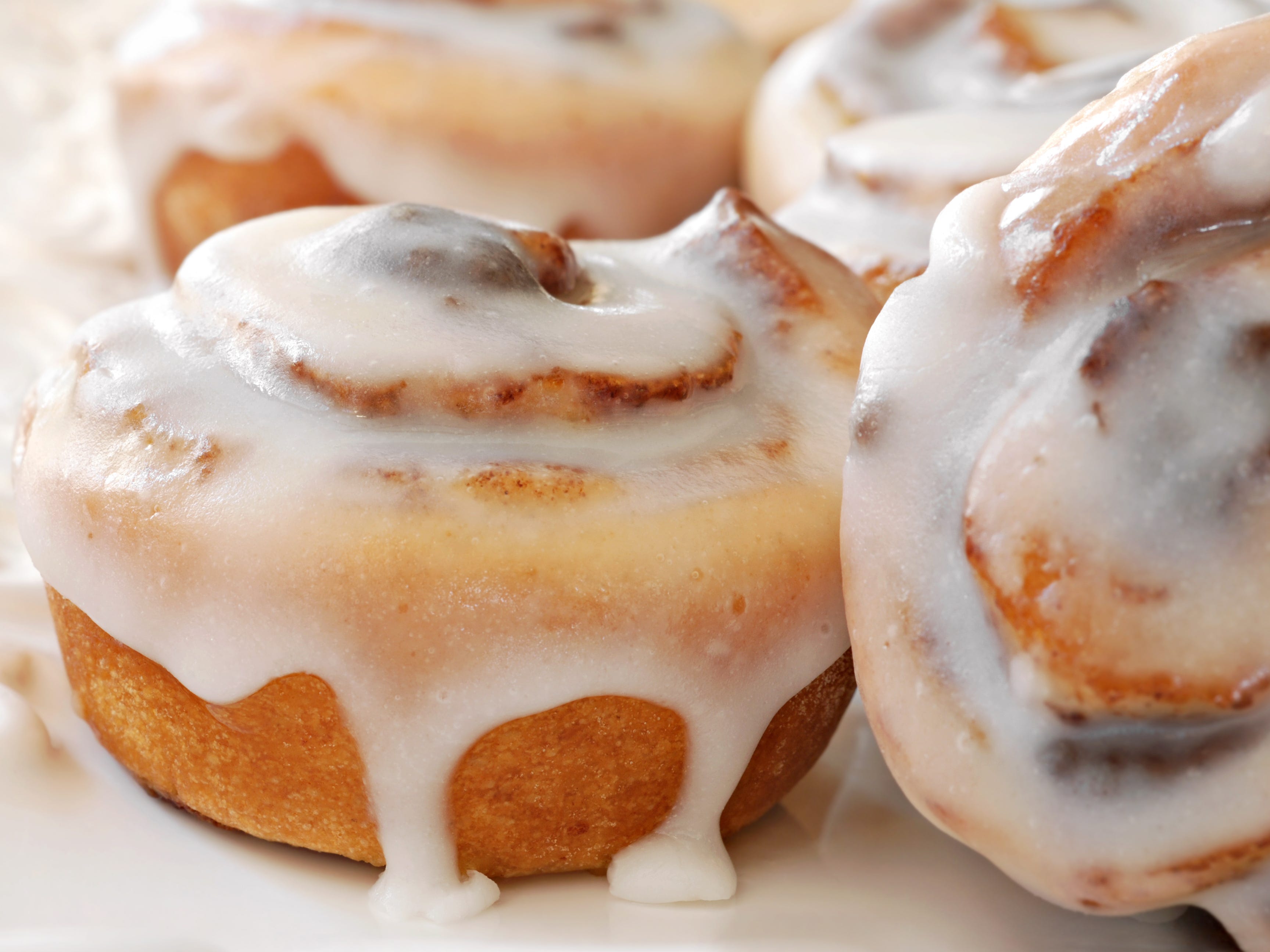 According to Martha Stewart’s recipe for slow cooker cinnamon buns, the kitchen tool actually helps to make the recipe even better than if they were made in the oven.

“The machine seals in moisture, making these breakfast treats even more gooey and delicious,” Stewart writes.

For these cinnamon buns, you’ll be making your own dough, but never fear – the recipe only calls for a few ingredients you probably already have lying around your kitchen, save for activated dry yeast.


Read more:
15 things you didn’t know you could make in a Crock-Pot 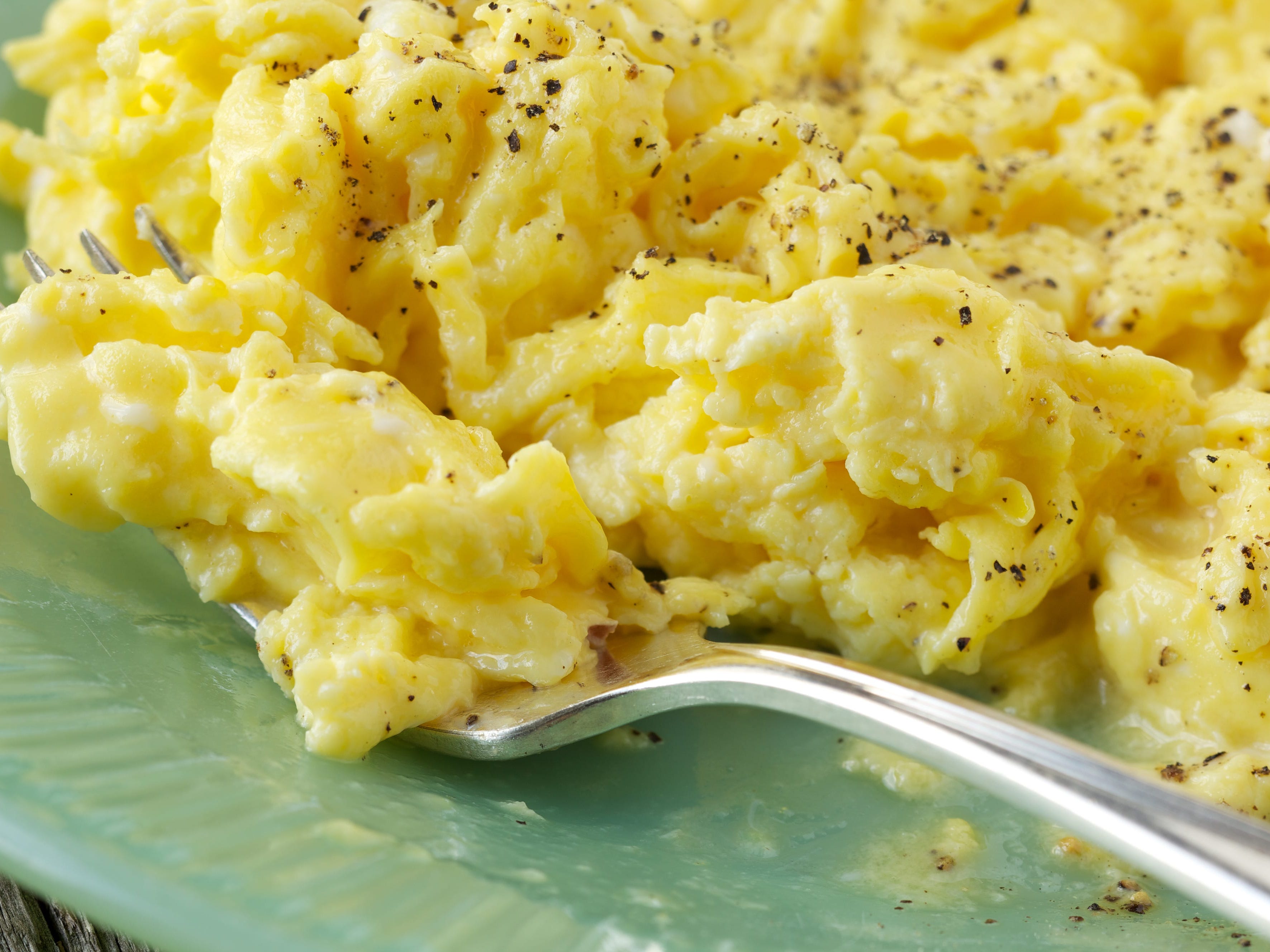 Using whisked eggs, a little heavy cream, and some cheese, you can easily make a batch of scrambled eggs without needing a pot or pan.

Coat your slow cooker with butter, pour in the egg mixture, and let it cook for about two hours. Top with some green onion and serve them on their own or with bacon, sausage, or any other breakfast meats.

Sweet potato and sausage hash is packed with nutrients and will start your day off right. 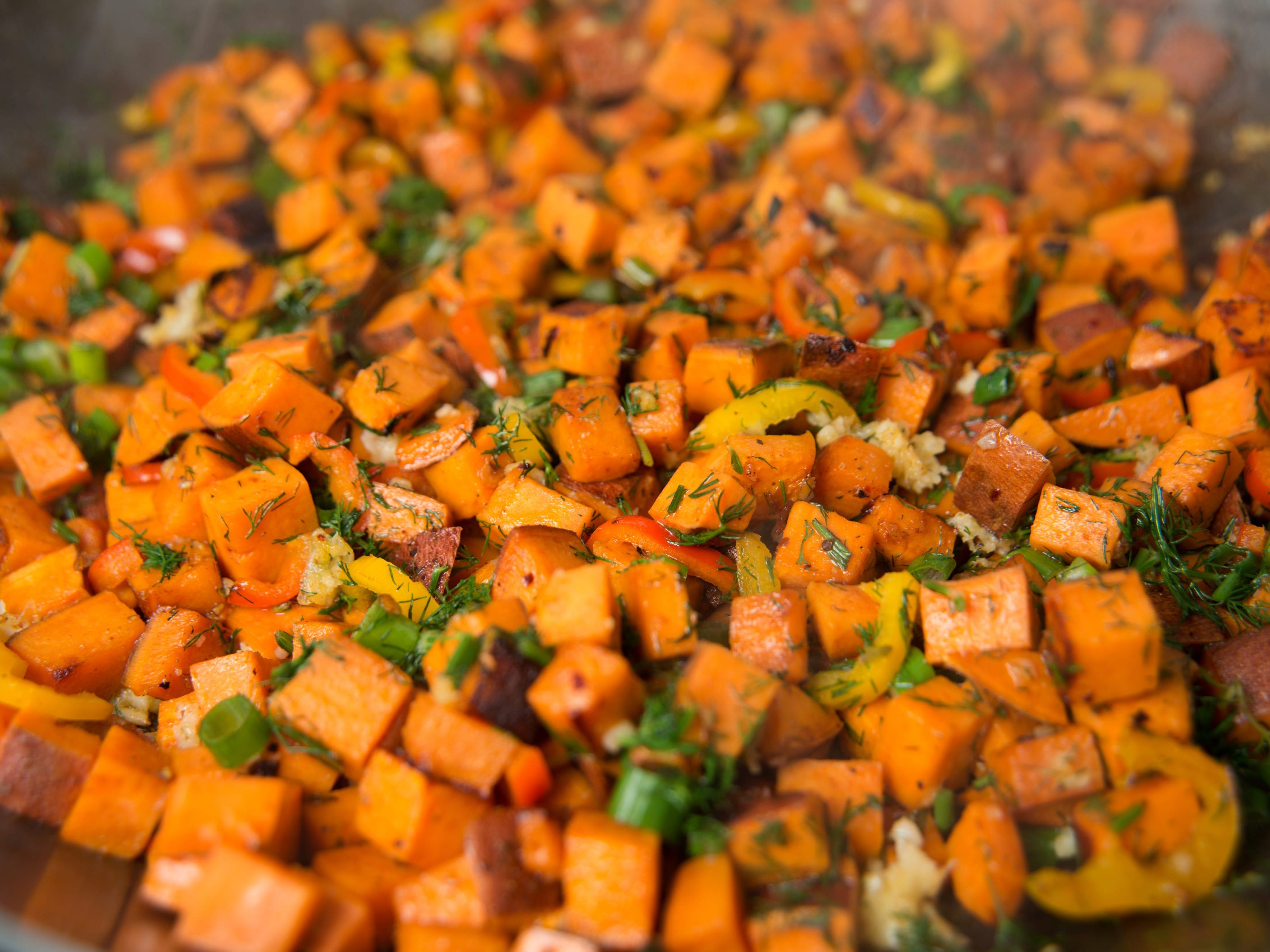 You might already know you can make a delicious sweet potato and marshmallow casserole perfect for Thanksgiving in a slow cooker, but you can easily transform that dish into a breakfast staple by nixing the marshmallows and adding sausage and a fried egg.

Add cubed sweet potato and cooked sausage to the slow cooker and add chopped peppers, a couple of tablespoons of oil, and seasoning to taste. To top it off, fry up an egg and add it on top for a savoury, filling breakfast.


13 Thanksgiving sides you can make in a slow cooker