Brazilian President Jair Bolsonaro has tested positive for COVID-19, he confirmed on Tuesday.

“Everyone knew that it would reach a considerable part of the population sooner or later. It was positive for me,” Bolsonaro said.

After announcing his positive diagnosis, Bolsonaro gave a thumbs-up and took off his mask in front of reporters. “I’m fine,” he said.

“Just look at my face: I’m fine,” Bolsonaro says, taking off his mask in front of journalists after announcing he has just tested positive for coronavirus pic.twitter.com/JIHHcjniPl

The Brazilian leader was tested for the coronavirus on Monday and spoke with supporters from a distance shortly thereafter. It was his fourth test for the virus in the past several months. Bolsonaro exhibited symptoms of the virus and had a 100 degree fever, CNN Brasil reported on Monday, but his office said the president’s temperature was normal.

“I’ve come back from the hospital now. I’ve done a lung screening. My lung is clean, OK? I went to do a COVID exam a while ago, but everything is OK,” Bolsonaro said to supporters on Monday outside the presidential palace in Brasília, urging them to keep their distance. He was wearing a mask at the time.

Last month, a federal judge in Brazil ordered Bolsonaro to wear a mask in public while in the Brazilian capital or face a fine.

“With the example of the president of Brazil, everything is more difficult for us,” São Paulo Gov. João Doria told CNN’s Isa Soares in May. “He goes to the streets without masks. A wrong behaviour and wrong indication. This is very sad for Brazil and makes everything more difficult for the governors in the states of Brazil.”

Much like President Donald Trump, with whom Bolsonaro has a friendly relationship, the Brazilian president has routinely rejected the science surrounding COVID-19 and flouted public-health recommendations.

“Our lives have to go on. Jobs must be kept … We must, yes, get back to normal,” Bolsonaro said during a speech in March. “With my history as an athlete, if I were infected with the virus, I would have no reason to worry. I would feel nothing, or it would be at most just a little flu.”

When reporters asked Bolsonaro about the rising death toll in his country in April, he replied: “So what?”

Brazil has one of the worst coronavirus outbreaks, with the second most confirmed cases after the US.

As of Tuesday, there were over 1.6 million confirmed COVID-19 cases and over 65,000 fatalities from the virus in Brazil, according to Johns Hopkins.

The Brazilian president, alongside leaders like Trump and Russian President Vladimir Putin, “downplayed the seriousness” of COVID-19 and “delayed for long periods before acting,” Lawrence Gostin, the director of the O’Neill Institute for National and Global Health Law at Georgetown University Law School, told Insider in May.

“Undoubtedly, the response of leaders is crucial in curtailing an infectious-disease outbreak. The fact that these three leaders are highly nationalistic and have a history of rejecting science and discounting expert advice played a major role in COVID-19 running out of control in their countries,” Gostin added.

A top World Health Organisation official on Tuesday said Bolsonaro’s positive test result was a reminder the virus does not discriminate.

“No one is special in that regard – we are all potentially exposed to this virus. The virus doesn’t really know who we are. Whether we’re prince or pauper, we’re equally vulnerable,” Mike Ryan, the executive director of the WHO Health Emergencies Programme, said. “What it really highlights is our collective vulnerability to this disease. So we wish Mr. Bolsonaro and his family the best in this regard.”

Bolsonaro was at the US Embassy in Brasília for a July Fourth celebration on Saturday and closely interacted with US Ambassador to Brazil Todd Chapman in the process. The embassy did not immediately respond to a request for comment from Insider on whether additional precautions are being taken. 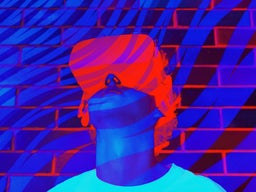