I woke up from a coma with memory gaps for the last 30 years. Here's how I pieced my life back together. 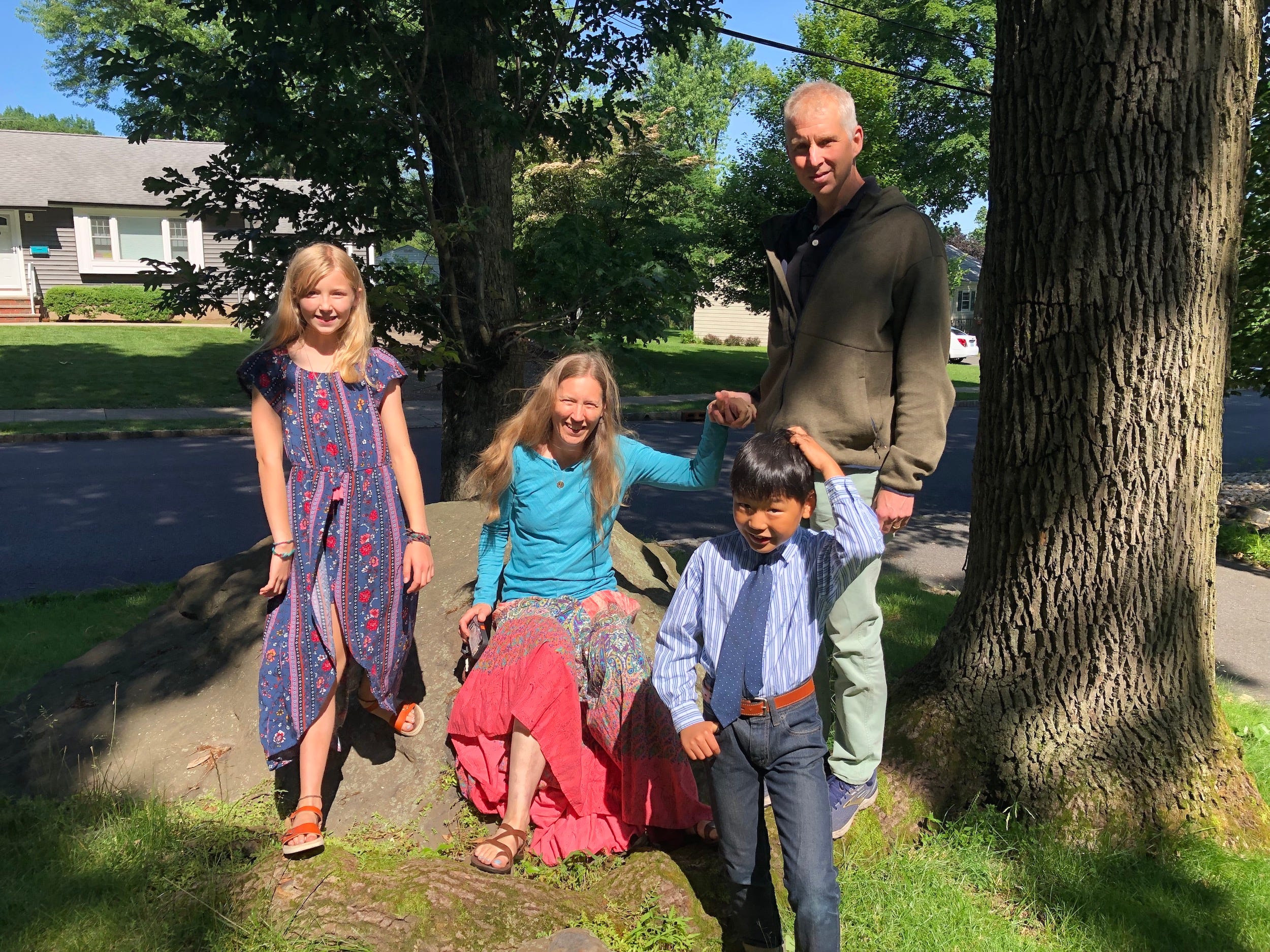 I ended 2018 on a high note. After working as a freelance journalist for several years, I had steady gigs and was making good money. I had just bought a new house in New Jersey – for cash – and envisioned buying rental properties and continuing to write as I rode out my 50s.

I went jogging that day, as I did every morning. Shortly after I got home, my wife Nina took our house guest, a German exchange student, to get registered at the local high school.

When I got in from the run, I had some difficulty breathing. So before my wife left, I asked her for her asthma inhaler and complained of feeling “off.” There were no other signs of what was about to happen.

Shortly after they left, I sat down on the couch and fell unconscious.

“Your face turned purple or blue and you made a noise that sounded like a cow,” my daughter, Willow, told me. “I thought you were making some weird joke, but you weren’t.”

Willow, 11 at the time, grabbed my phone and called my wife.

Nina answered but Willow was too hysterical to explain what was happening. Willow ran to the next-door neighbour’s house but no one answered. She called my wife back and asked if she should dial 911.

Unable to understand her mother, she decided to make the call, saving my life.

Minutes later EMTs arrived at the house and tried resuscitating me with a defibrillator. By that point, my heart had stopped and my brain was losing oxygen.

After several minutes, the EMTs finally got my heart beating again. I was intubated and rushed to the hospital, where I spent the next three days in a coma. 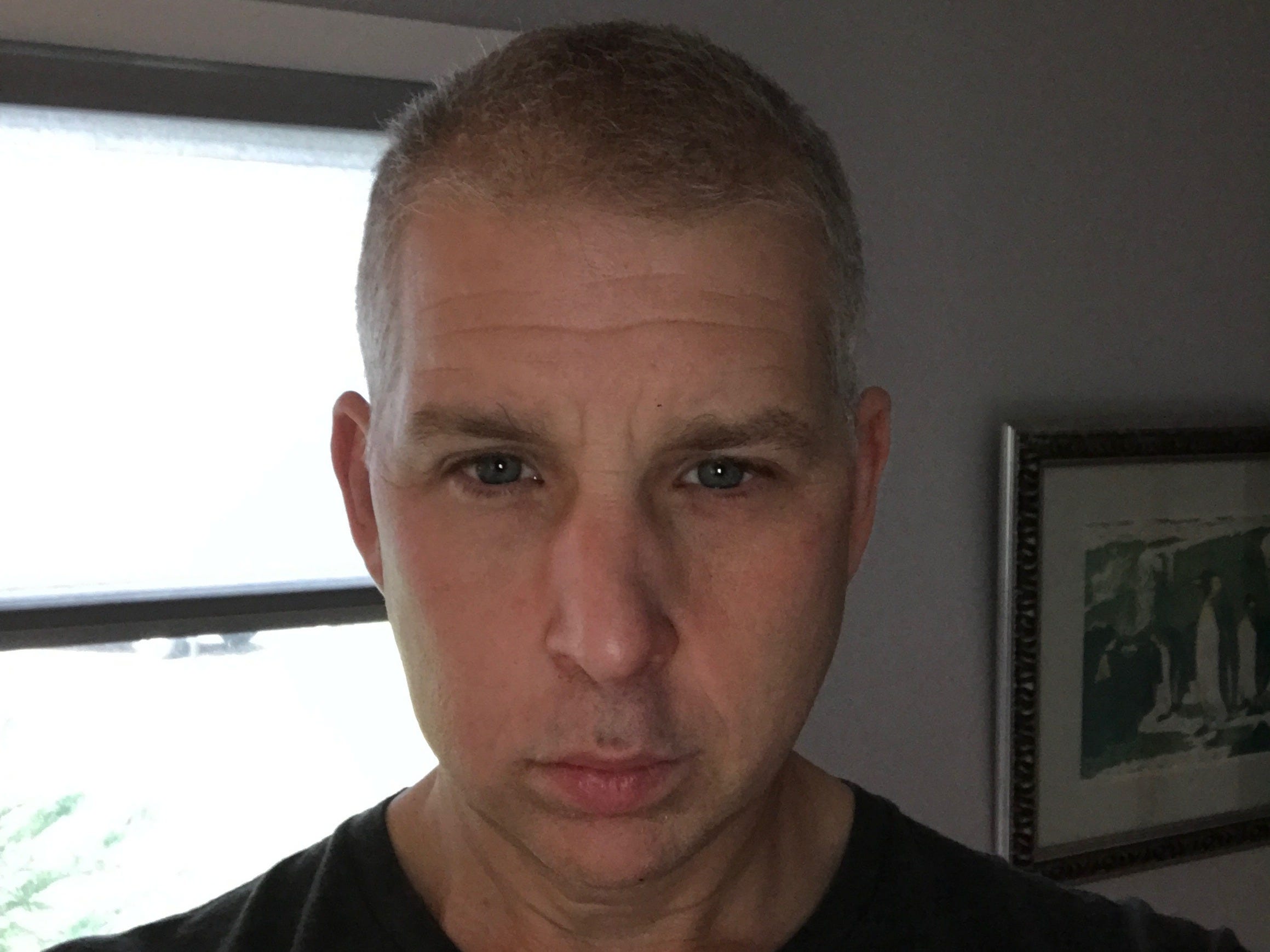 Within the first day or two, my parents, brother, and sisters were gathered in my hospital room looking for signs of life.

I didn’t wake up for three days. When I did, I still couldn’t speak because I had a feeding tube in my throat.

My sister Elizabeth said my family sat by my hospital bed, making jokes about crunchy cookies one of my friends made, wondering if the crunching sound they made would wake me up.

“We asked you to blink if you understood what we were saying,” Elizabeth told me later. “And we established that you did. It took a long time – hours – until you moved your hands or limbs.”

Later, after the tube came out, Elizabeth played some old songs, possibly Elvis Costello, and I started singing along from my bed.

“You knew every word,” she would later tell me.

Music was a connection between us: As the younger sibling, I was always borrowing records from her, and she had a big influence on my musical tastes.

Nina was at home when I opened my eyes. She raced to the hospital, thrilled that I was alive.

But she soon figured out that I didn’t know who she was. “There was no spark of recognition in your gaze,” she told me.

When people gather around a hospital bedside for someone who had a near-death experience, they expect the sufferer to clutch to remnants of what they experienced. Not me. “You looked like you accepted everything,” Nina said.

A few days later, they took the tube out so I could speak. My wife told me my first words to her were “Is this a family unit or what?”

It might have sounded sweet, but I was quoting “Raising Arizona.”

I have no memory of saying it, so I can’t explain my thinking. From the vantage point of more than a year later, I’d guess I was trying to cover, to say something personal.

But it was clear I was experiencing profound memory loss.

“You thought Mum was some lady from Applegate,” Willow said, referencing a nearby ice cream parlor.

“At one point, you thought I was your sister,” Nina said.

How could I be so out of my head?

I understand now that I had developed a brain injury. I didn’t know at the time, but half of all people who survive a sudden cardiac arrest like I did emerge with problems with cognitive functions like memory and attention deficits.

It took me many months to appreciate the full scope of the damage. I don’t recall what I was thinking, but it must have been chaotic. At one point, I thought my wife had kidnapped me.

“Most people think if you get injured, you go to the hospital, you get treatment, you recover, you get better, you go home,” Gregory Ayotte of the Brain Injury Association of America told me. “The thing about brain injury is the timeline for recovery is beyond what most people think.”

My recovery took about 18 months. During that time, my conception of myself as a capable person was cast into doubt. That’s what happens when you spend the better part of a year getting basic instruction in things like tying your shoes and buttoning your shirt.

Looking back now, I realise I came out of the coma reset to my childhood self: I recognised my mother, father and siblings, but not my wife. Anyone I had met after I was a teenager was a stranger to me.

I did recognise my kids, though. They seemed to live on in another area of my brain. 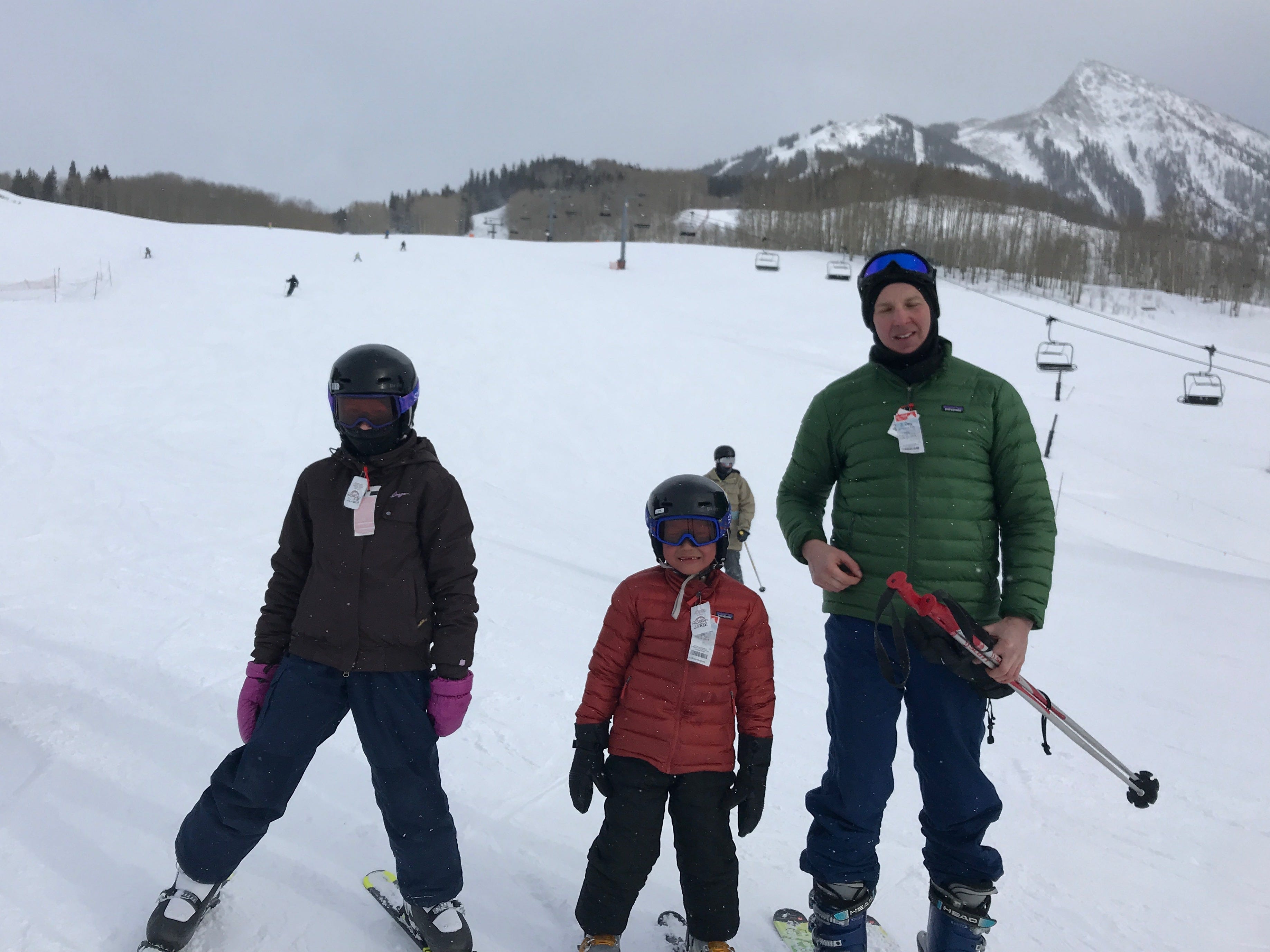 Todd WassermanThe author skiing with his children Willow and Caleb in early 2018.

When people asked me my age, I initially said I was 10 years old.

Later, I adjusted that to 30. When the doctors told me I was 50, I couldn’t believe it. Or so my wife tells me. It’s still fuzzy.

Eventually, I reconciled my self-image to that of a middle-aged father. It’s not that I forgot about the past 30 years, but I had to learn to question that inner voice that bubbled up and assessed my current interactions from the standpoint of a teenager.

While all of this was going on, the doctors’ projections weren’t rosy.

Nina thought I’d be coming home in a wheelchair, disabled for life.

“I was in shock,” she said. “I didn’t think that deeply about it. I was thinking about handicapped accessibility in the house and where we’d put a wheelchair. Incontinence was a huge fear for me.”

I don’t recall any of this. I pieced it together based on what Nina and others told me later. What I remember is a dreamlike fugue state in which I interacted with a lot of family and old friends in a large rec room.

In reality, I spent most of January 2019 in the Kessler Institute for Rehabilitation in West Orange, New Jersey. It wasn’t far from the house my family had moved into just six months before my injury. In reality, friends and family came thousands of miles to see me partially because they thought it would be the last time they’d see me.

The memories are hazy

I have dim memories from that time.

At one point during the hospital stay, I remember they put about six of us patients at a table, like we were having a meeting, but we were all talking gibberish to ourselves. I dimly remember that now, but it seems like a different person’s memories. I don’t remember a single night I spent at the hospital.

At the end of the month I was allowed to go home. I didn’t recognise my house. 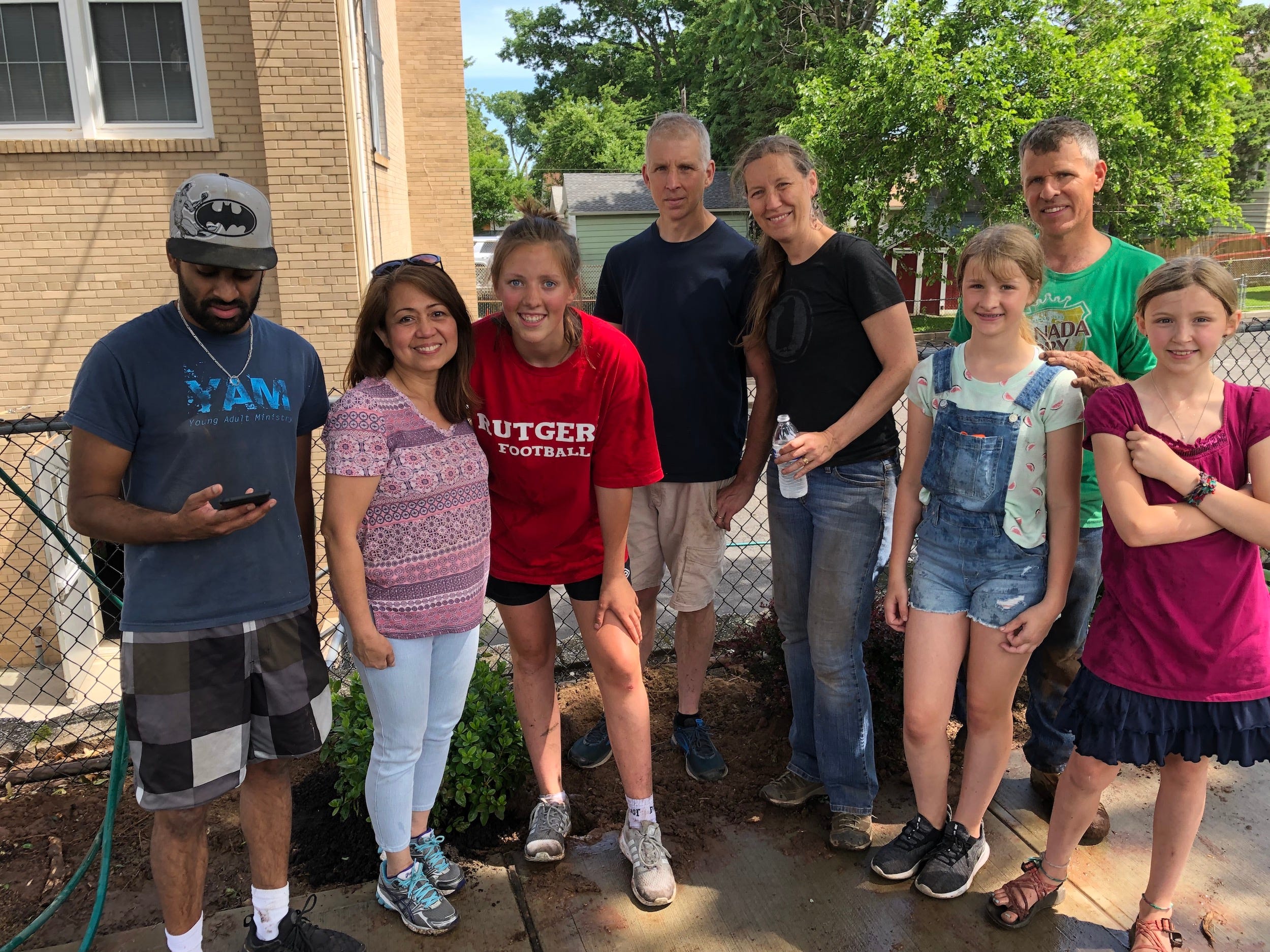 I didn’t remember my 50th birthday party in October 2018, or leaving my job at Mashable to go freelance in 2016. I call up web stories I wrote then and still don’t remember writing them.

I still don’t remember Donald Trump’s election. When the nurses asked me who the president was I initially said “Obama?”

That’s a shock because my memory had always been great. When I was young, my parents never needed a TV Guide. They’d just ask me, “What’s on tonight?”

I remember where I was on New Year’s Eve 1980 – at my uncle’s house for a family party. I also remember New Year’s Eve 1990, celebrating the new year at a motel with a bunch of my friends. I remember day camp in 1978 when I met a kid who called himself “Coach” and asked the same X-rated question over and over.

I look at pictures of myself from the past few years and don’t recall what I was doing. The photos serve as touchpoints for events, but they don’t evoke any context.

Here’s a selfie on my birthday in October 2018 looking stone-faced for the camera. I recognise where it was taken – in my bedroom – but I don’t remember the details about it. The only thing I notice today is that I look a bit heavier than I am now. (I lost about 20 lbs. in the hospital and kept it off.) 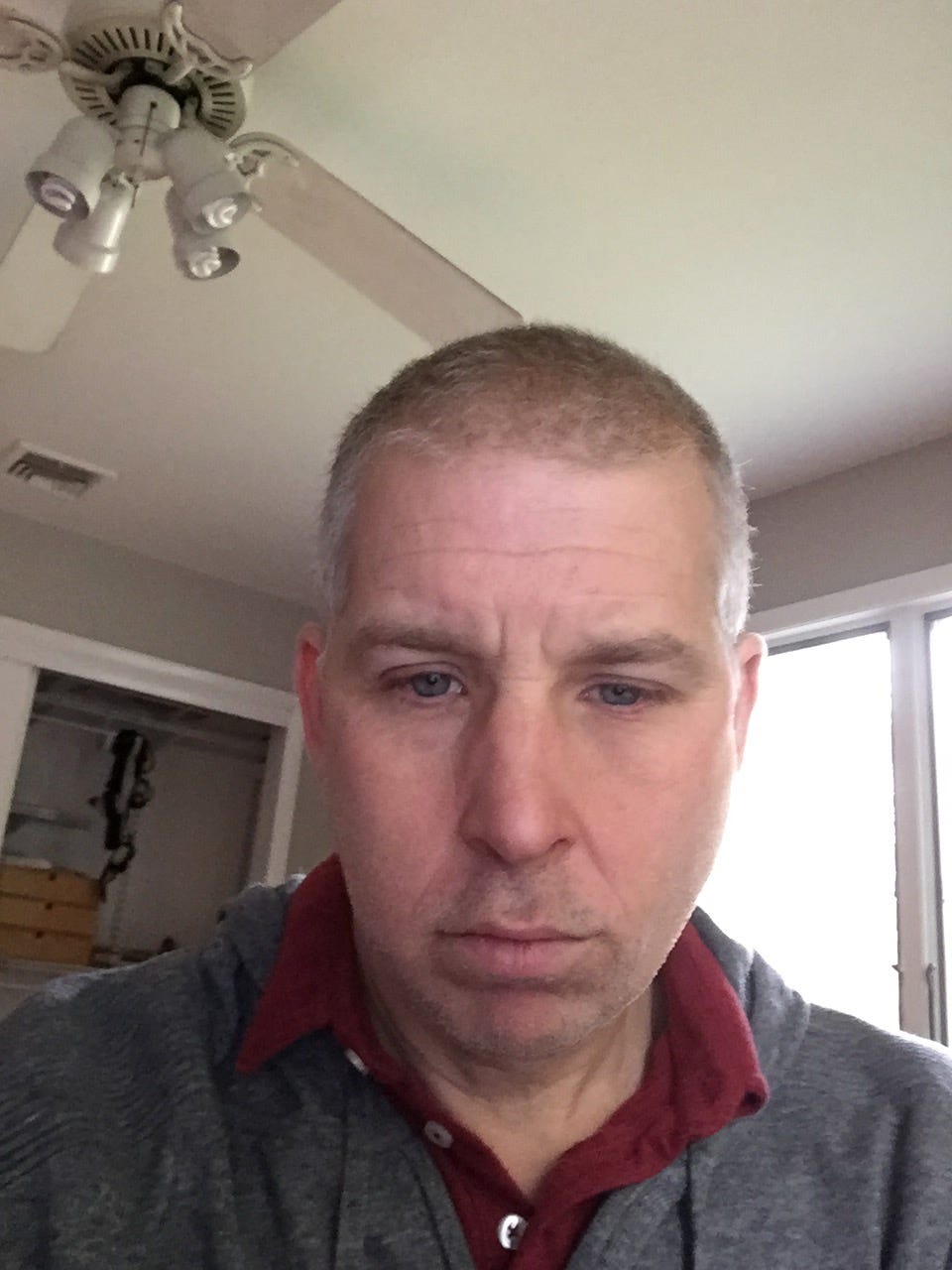 I have some strong memories from that time. I remember going to Colorado for vacation in early 2018 and I remember having to fix my tire when I got a flat on the way to Crested Butte. I remember inspecting our house before we bought it, but I don’t remember my daughter’s birthday or my son’s.

Getting back to ‘normal’

More than a year after my injury, it still bothers me not to vividly recall moving to our new house or turning 50.

I do recall the times before that, though. I remember Willow being born in 2007. And I remember going to South Korea in 2011 to adopt our son, Caleb.

During the year I recovered, I began making new memories. I started driving again; I took the dog for long walks; I caught up on “Better Call Saul.”

Ironically, I was finally ready for work earlier this year, just as the coronavirus pandemic crashed the economy.

Today, I feel I’ve won back my kids’ trust. My incident was jarring, particularly for my son.

After a year of recovery, the only changes to my daily life are that I tend to go to bed earlier (like 10:30 p.m.) and I can no longer drink alcohol.

Considering I almost died, I can deal with that.

But maybe the biggest change is my attitude about death. I used to fear it.

Now, having been brought to the edge of death, I’m not really scared about it. I just want to put it off for a few decades.

Months after I began thinking clearly, I visited a cardiologist who worked on me at the hospital. He gave me a long look and said, “You were in pretty rough shape.”

I looked closely at his face. He was trying to mask what seemed like disbelief that I had pulled through.