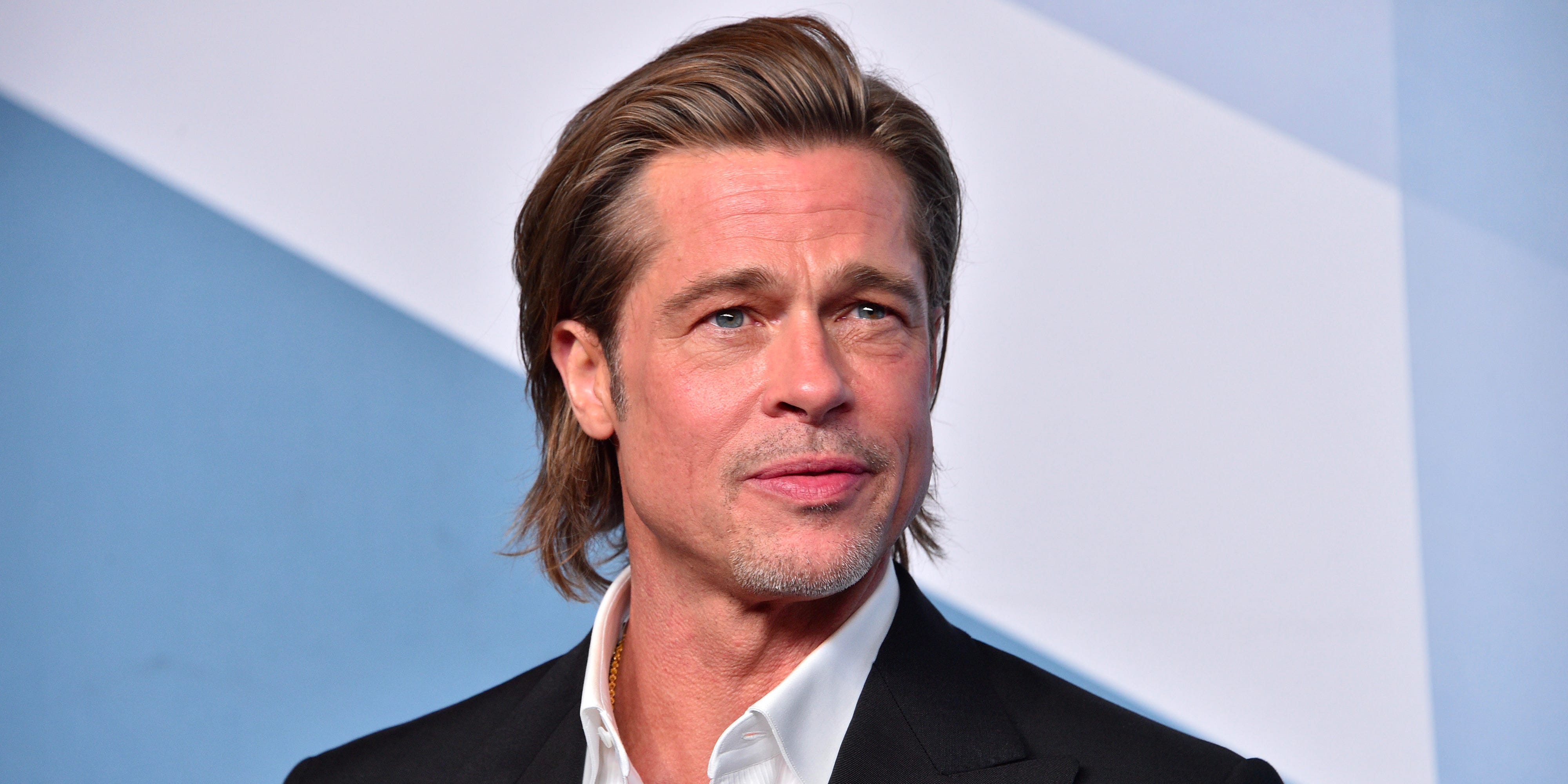 Though Brad Pitt was finally awarded an Oscar earlier this year for his work in “Once Upon a Time… in Hollywood” he has been giving Oscar-worthy performances for years. And the collection of Pitt movies you can watch on Netflix right now proves that.

There are the moving performances he gave in titles like “Babel” and “The Curious Case of Benjamin Button” as well as the memorable role he had in a Tarantino movie before “Once Upon a Time,” which was for “Inglourious Basterds.” He’s even great in the little-seen movie he did with then-wife Angelina Jolie, “By the Sea.”

Here are the best Brad Pitt movies on Netflix, ranked from worst to best:

Note: Netflix titles drop off the service monthly, so the availability of titles below may change. 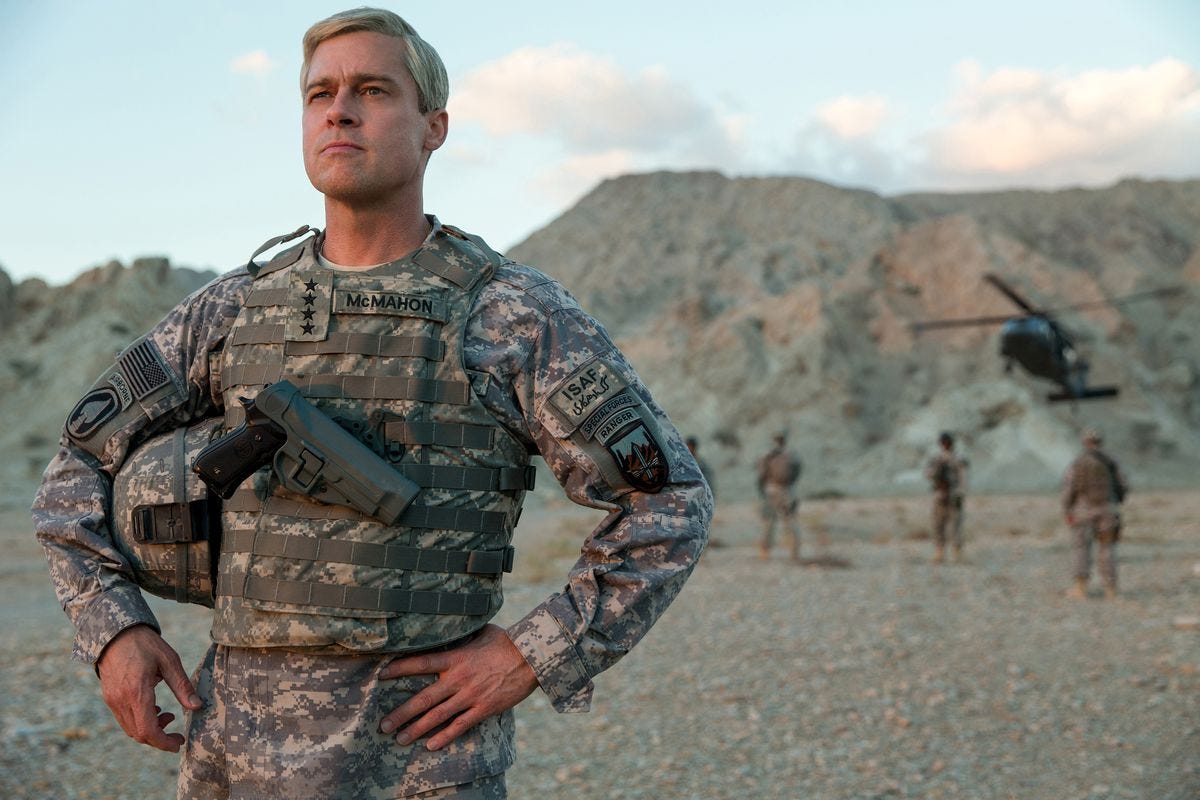 If you want to see Pitt go really out there in a role (and not in a “12 Monkeys” good way), then check out this Netflix original movie he did. He plays a fictionalized version of US Army General Stanley McChrystal who attempts to head a rebuilding of Afghanistan in the early 2000s and ends up embroiled in controversy.

If anything, check out the movie for Pitt’s weird voice and even weirder way he runs in the movie. 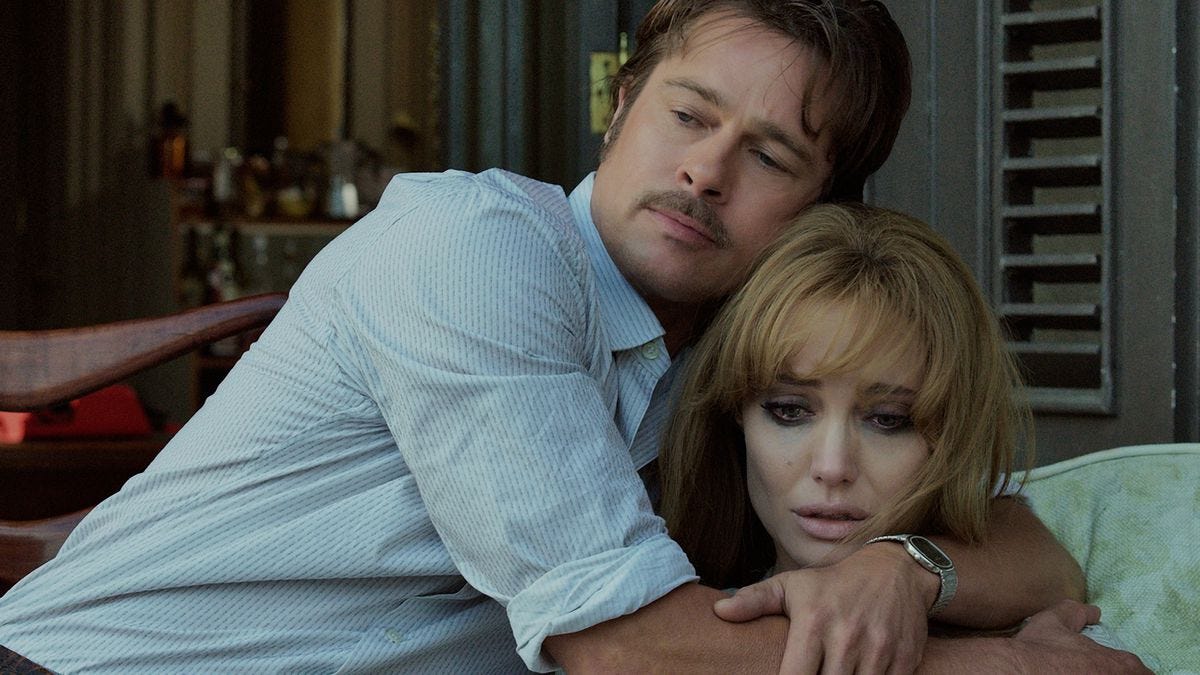 Universal PicturesBrad Pitt and Angelina Jolie in ‘By the Sea.’

While Brad Pitt and Angelina Jolie were married, the two starred in this slow-burn drama directed by Jolie. It’s about a couple who go to Malta in hopes that the beautiful location will rekindle their relationship.

It’s an interesting movie to watch now, as the two divorced in 2019. 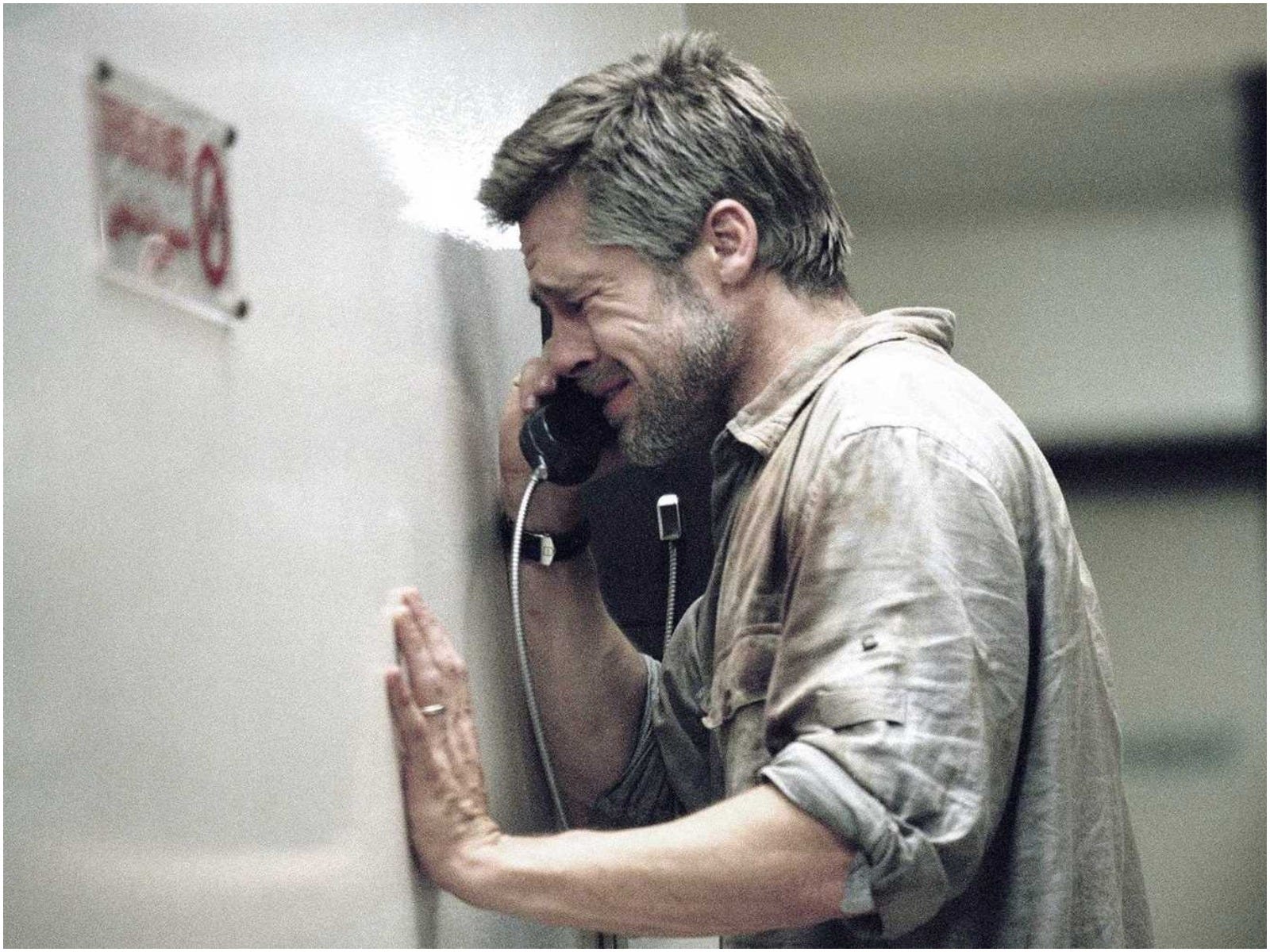 Alejandro González Iñárritu’s acclaimed multi-narrative drama stars Pitt alongside Cate Blanchett as a couple on vacation in Morocco. But then Blanchett’s character is suddenly shot.

We follow Pitt’s character as he tries to get her to a doctor. Their part of the story ends with Pitt giving an emotional call to his kids back home. 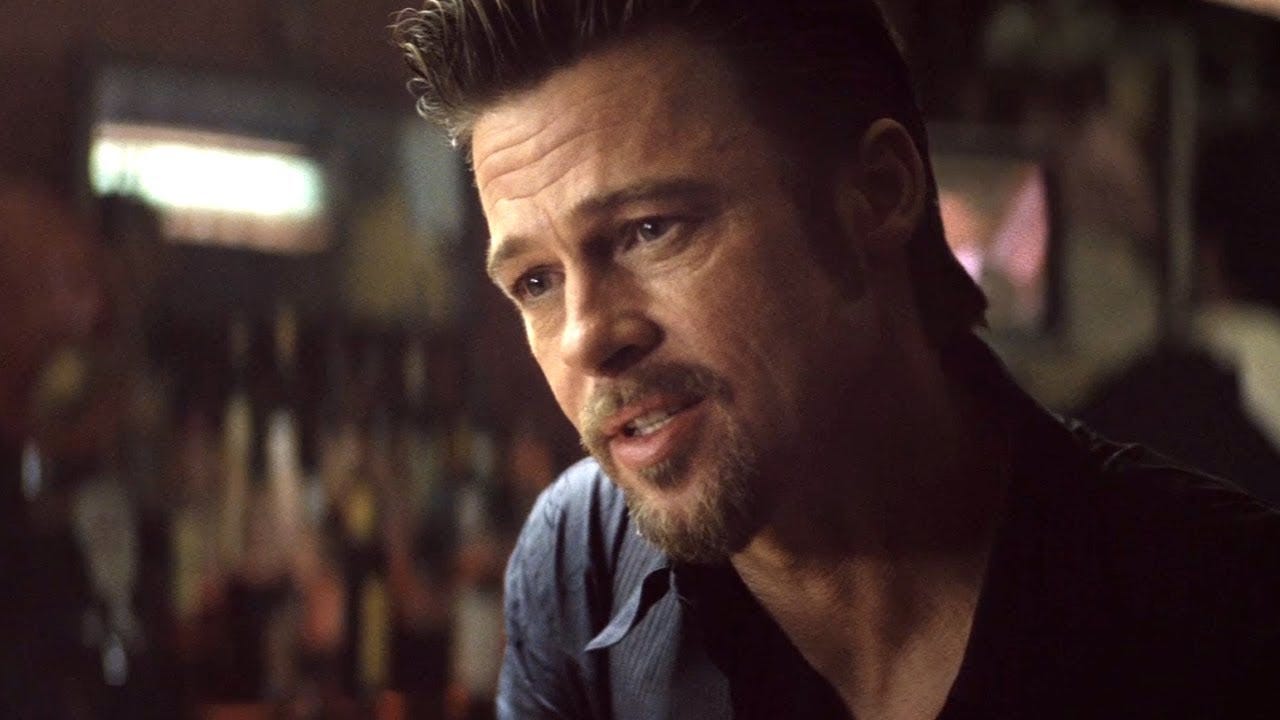 Brad Pitt looks to love every moment in this drama where he plays a hair-slicked-back hitman.

His method of taking people out is “killing them softly” from a distance. We follow him on his latest job along with another hitman, played perfectly by James Gandolfini. 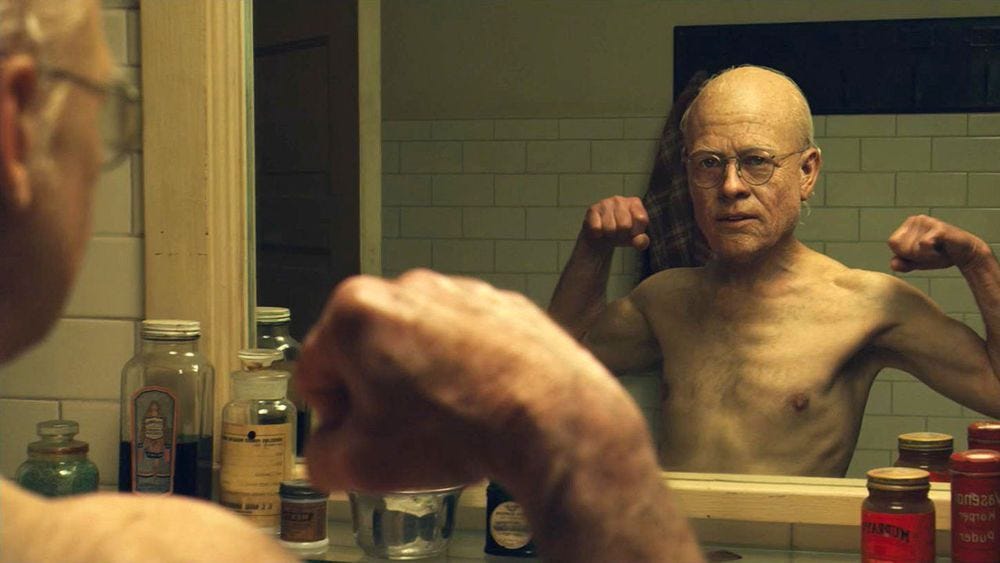 ParamountBrad Pitt in ‘The Curious Case of Benjamin Button.’

Two years after “Babel,” Pitt teamed up again with Cate Blanchett for this story of a man who ages in reverse. Many of the most touching scenes of this movie is towards the end when Pitt’s character looks younger but is, in fact, elderly and Blanchett’s character must care for him.

Pitt seems to step it up a notch when he’s in a Quentin Tarantino movie. In playing Lt. Aldo “The Apache” Raine you see the entire arsenal: the dramatic chops, comedy, good looks, his love of giving a character a distinct voice.

The only bad thing about this movie is Pitt isn’t in it enough. But that’s probably why it’s so great – when he’s on the screen, he is captivating.