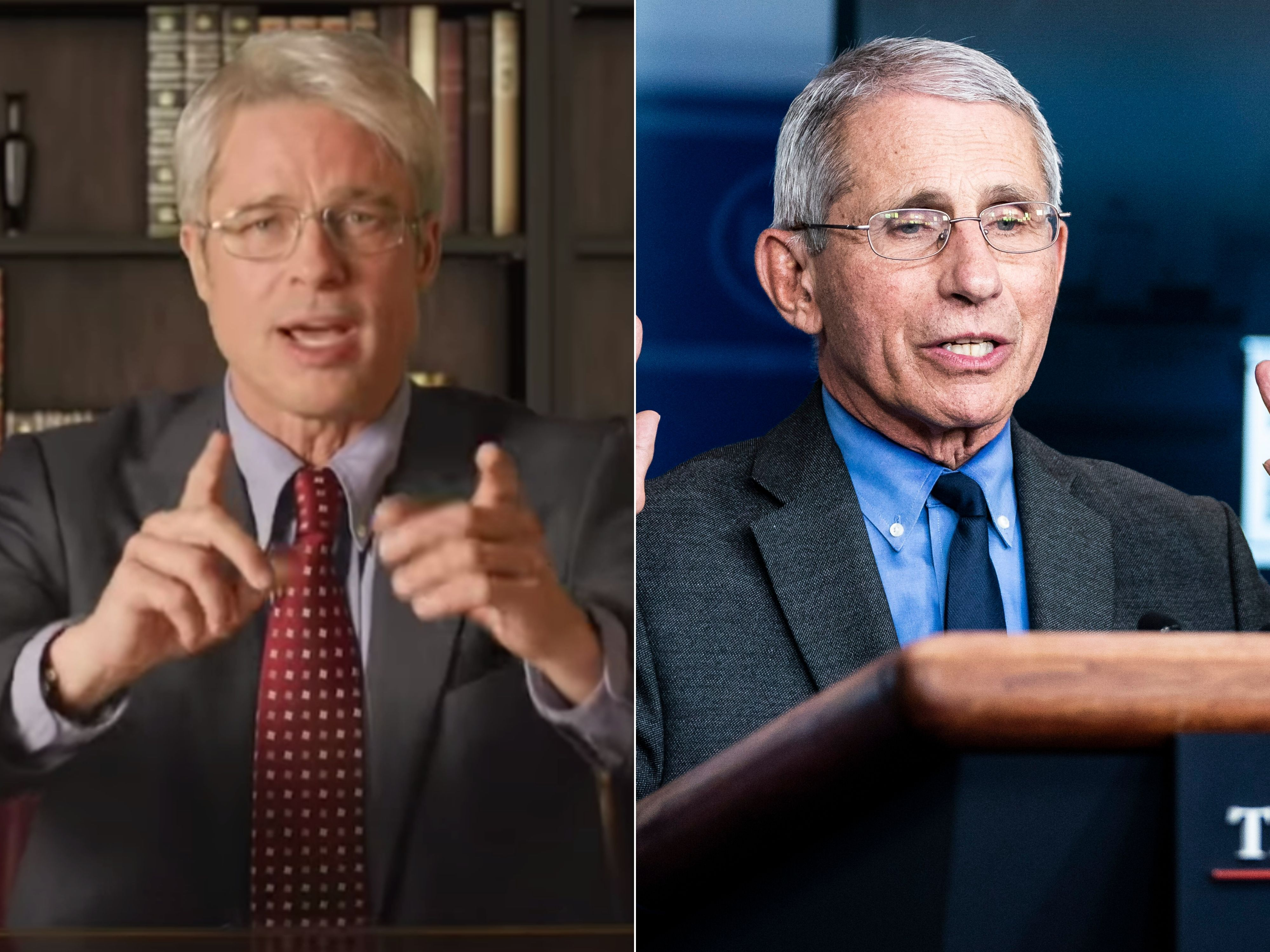 Dr. Anthony Fauci, the director of the National Institute of Allergy and Infectious Diseases, has amassed an unexpected fanbase of sorts due to his efforts in trying to keep the nation informed on the coronavirus outbreak during press conference appearances.

Earlier in April, CNN anchor Alisyn Camerota asked Fauci which star he would rather portray him if he were impersonated on “Saturday Night Live” – Brad Pitt or Ben Stiller.

Fauci’s apparent casting wishes came true on the most recent instalment of “SNL,” where Brad Pitt opened the show with his very best Fauci impression.

“First, I’d like to thank all the older women in America who have sent me supportive, inspiring, and sometimes graphic emails,” Pitt said in the sketch.

The “Once Upon a Time in Hollywood” actor continued as Fauci, addressing misinformation about the virus and adding commentary to President Trump’s speeches about the outbreak.

For example, in response to a clip of Trump saying that the US could have a vaccine “relatively soon,” Pitt as Fauci said: “Relatively soon is an interesting phrase. Relative to the entire history of earth? Sure, the vaccine is going to come real fast. But if you were going to tell a friend, ‘I’ll be over relatively soon’ and then showed up a year and a half later, well, your friend may be relatively pissed off.”

At the end of the skit, Pitt removed his wig and offered thanks to Fauci, as well as frontline workers.

“To the real Dr. Fauci, thank you for your calm and your clarity in this unnerving time. And thank you to the medical workers, first responders and their families for being on the front line,” Pitt said. “Now, live, kinda, from all across America, it’s Saturday night.”

Many viewers seemed excited that Pitt’s portrayal of Fauci was potentially a dream come true for the health expert.

So, with Brad Pitt cast as Anthony Fauci, this basically means that Fauci is People's Sexiest Man Alive. #nsl #SNLAtHome

Anthony Fauci getting his wish: Brad Pitt playing him in an ⁦@nbcsnl⁩ cold open pic.twitter.com/13P5DLlvaC

“SNL” returned from its production hiatus on April 11, debuting its first-ever remote show dubbed “Saturday Night Live At Home,” which included YouTube video sketches and an opening monologue from Tom Hanks, who filmed the scene in his kitchen.