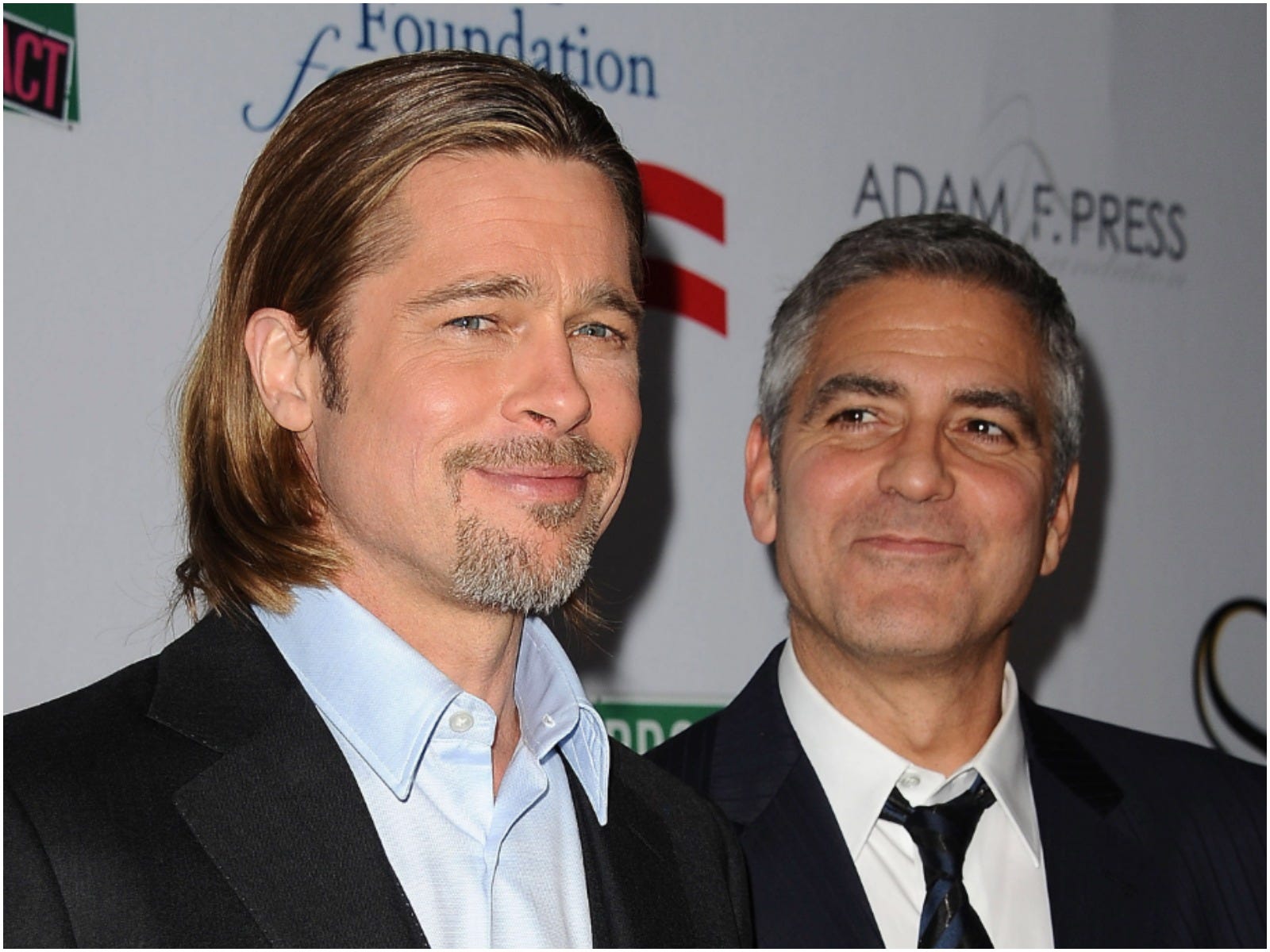 Jason LaVeris/FilmMagicBrad Pitt and George Clooney starred together in all three ‘Ocean’s’ movies.

George Clooney said that Brad Pitt once pranked the whole of Lake Como in Italy into thinking he was a huge diva.

Clooney was discussing his most iconic roles in a video with GQ, and recalled his time filming the “Ocean’s” trilogy with Pitt. Parts of the second instalment of this franchise, “Ocean’s 12,” were shot in Lake Como in Italy, which Clooney calls his “hometown.”

Pitt apparently decided to take advantage of that with a prank.

“Brad sent out a memo to all of the people in the town, my town, I’d lived there for years,” Clooney said. “He had it posted on telephone polls and said, ‘The movie is coming to town and please only address George Clooney as Mr Clooney or in his character name as Danny Ocean, and don’t look him right in the eyes.'”

Clooney continued: “So the papers were like, ‘Il Divo! George Clooney is Il Divo!’ It was a horrible story that I later got him back for.” Clooney and Pitt have a history of pranking each other on and off sets. Clooney told “The Graham Norton Show” in 2015 that he once pretended to be Pitt and wrote a letter to Meryl Streep, offering her advice on doing the accent for “The Iron Lady.” In the same interview, Clooney also revealed he once stuck a marijuana plant-shaped bumper sticker that read “f— cops” to Pitt’s car.

In the same GQ video, Clooney said that he convinced his costars that an empty house across the lake from his was once the home of a serial killer and was therefore haunted. Clooney and Matt Damon bet Pitt and Don Cheadle $US10,000 to stay in the house for one night, but neither of them could do it.

Watch Clooney’s interview with GQ below:

George Clooney bet Brad Pitt and Don Cheadle $US10,000 to spend the night in a haunted house on Lake Como, but they couldn’t do it