Aaron Levie grew up in Microsoft’s backyard.Today, Box’s young CEO faces a strange problem with Microsoft. Redmond is Box’s biggest competitor AND one its most important partners.

SharePoint software can run on site or on the cloud, while Box is cloud-only. But many times, Box and Microsoft compete head-to-head for enterprise deals.

Yet Microsoft’s Windows and Windows Phone teams are buddies with Box, the maker of an app that’s important for their platforms.

In a recent interview with BI, Levie talked about his relationship with Microsoft and if it worries him.

You say you’ve been winning a lot of enterprise customers because they can now build custom apps on Box. They choose Box instead of, say, Office 365, Microsoft’s cloud version of Office?

One of the reasons Microsoft bought Yammer was to teach it about the freemium model. Can a classic enterprise company learn how to do viral/freemium?

Yes. Absolutely. Mostly because I think anything’s possible. But there are a lot of caveats. A company starts to form a certain kind of DNA, a certain way of operating. You begin to develop processes and you begin to develop values as an organisation that mean you’re going to be really good at one kind of sales model, or development model and not so good at another. That’s just the nature of building competencies.

Yammer has a chance to inject more of that DNA into Microsoft. A lot of this will come down to the motivation of both parties.

We have a hybrid model. The reason we have 12 million users is that we a freemium service and people spread it within an organisation. Then we have an inside sales force.

What if Yammer really teaches them how to do create free, viral enterprise apps? Does Microsoft concern you?

Totally. Microsoft is our No. 1 competitor. At the same time, its also a significant partner. That’s the interesting thing about how the ecosystem is changing. You end up competing in one product area and you end up partnering with another.  It’s difficult to balance that.  We work with the Windows Phone team and the Windows 8 team, but we obviously don’t work with the SharePoint team.

You grew up in Washington State, right?

Yes. Seattle. I was right underneath Microsoft the whole time.

Did you ever want to work for Microsoft?

Don’t miss: One Of The Valley’s Most Successful College Dropouts Isn’t A Fan Of Other People Dropping Out Of College 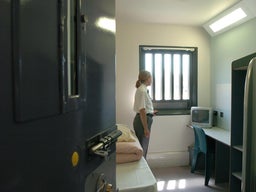