Box and IBM struck a huge partnership deal last year that promised closer collaboration across everything from product development to sales and marketing.

And after a little over a year, the first product they have built together is finally here.

On Tuesday, Box rolled out a new product called Box Relay which helps users custom build workflows so they can automate and track their whole work process.

For example, a salesperson may have a work process that involves four or five steps, including approvals from the sales manager, finance and legal departments. Instead of having to pull up different documents through multiple software apps, Box Relay allows the user to automate everything within Box.

“Enterprises are really looking to change the way they work. Box Relay is all about dramatically simplifying workflow in a single place,” Box CEO Aaron Levie told Business Insider.

Relay is the first of a series of announcements Box is set to make during Box Works, its annual user conference that will be held this week. The company is expected to roll out a completely redesigned product called All New Box as well.

Relay’s launch is another sign that the Box-IBM mega deal is bearing real fruit.

Last week, Box disclosed that IBM helped close eight of the 45 six-figure deals in the quarter, including one contract that was worth more than $500,000. IBM’s massive sales channel is particularly effective in expanding in overseas markets, as more than half of the deals from IBM partnership happened internationally, Levie said during the earnings call.

“The partnership was intended to co-design and build modern technology solutions together. We’re very excited that we’ve been able to deliver the first product,” Levie told us. 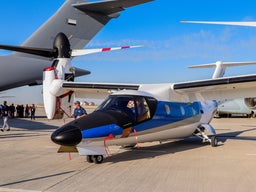