The latest robot to join the fight against the coronavirus outbreak is Spot, Boston Dynamics’ four-legged, dog-like robot.

Spot has been used at Brigham and Women’s Hospital in Boston for the past two weeks, according to a statement released Thursday. Boston Dynamics is a robotics company based in Boston that is known for its designs that mirror life-like movements that resemble people and animals leading to an uncanny valley effect that may make viewers uncomfortable.

Around the world, robots are being used to minimise the spread of COVID-19, the disease caused by the novel coronavirus, by taking food preparation jobs, performing medical intake exams, and even disinfecting entire cities.

More controversially, robots and drones have been used to enforce coronavirus lockdowns in some countries, and US police have started adopting them for outreach.

Spot robots are equipped with an iPad and two-way radio. 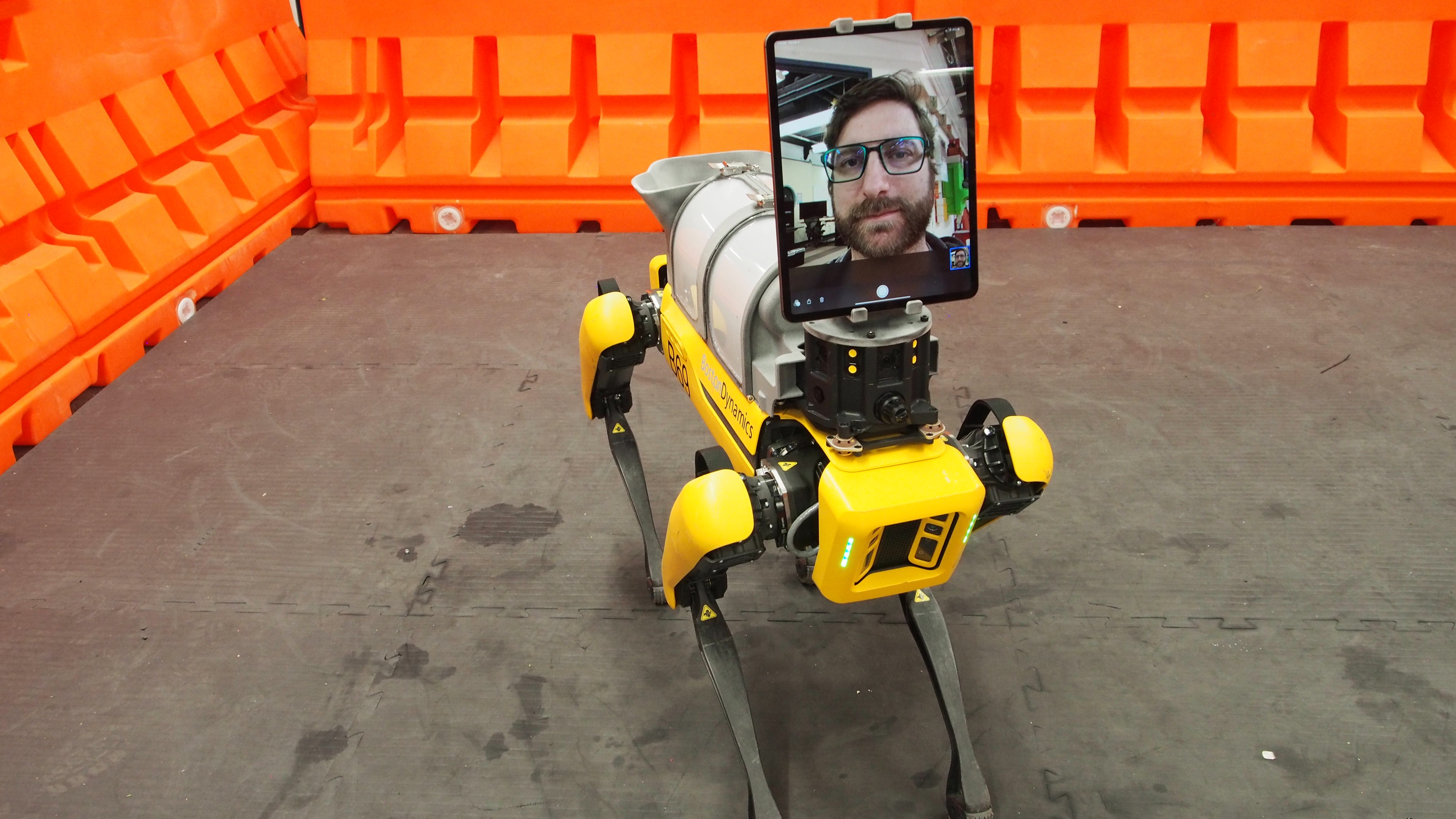 Using this setup, doctors can talk to patients and evaluate their symptoms from afar, without having to put themselves at risk of exposure.

Before using the robots, patients with COVID-19 symptoms would line up to get assessments from healthcare providers in tents, which would require up to five members of medical staff to potentially be exposed to each patient.

Boston Dynamics says that for every shift completed by a robot, at least one healthcare worker can decrease their exposure to coronavirus. 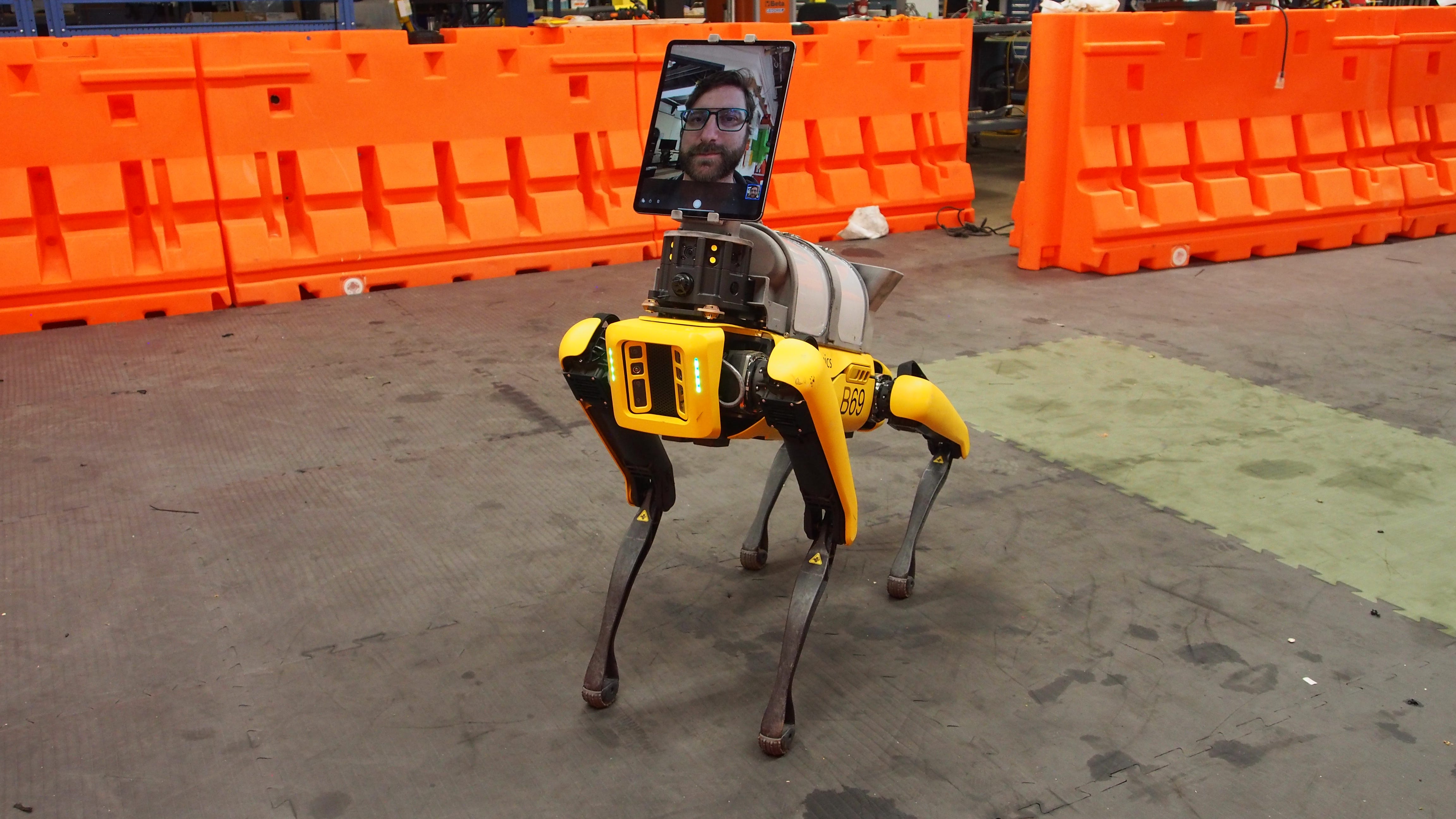 Limiting exposure of healthcare workers also means that they can conserve PPE.

Boston area hospitals started reaching out to Boston Dynamics in early March asking for robots that could help minimise staff exposure to COVID-19. 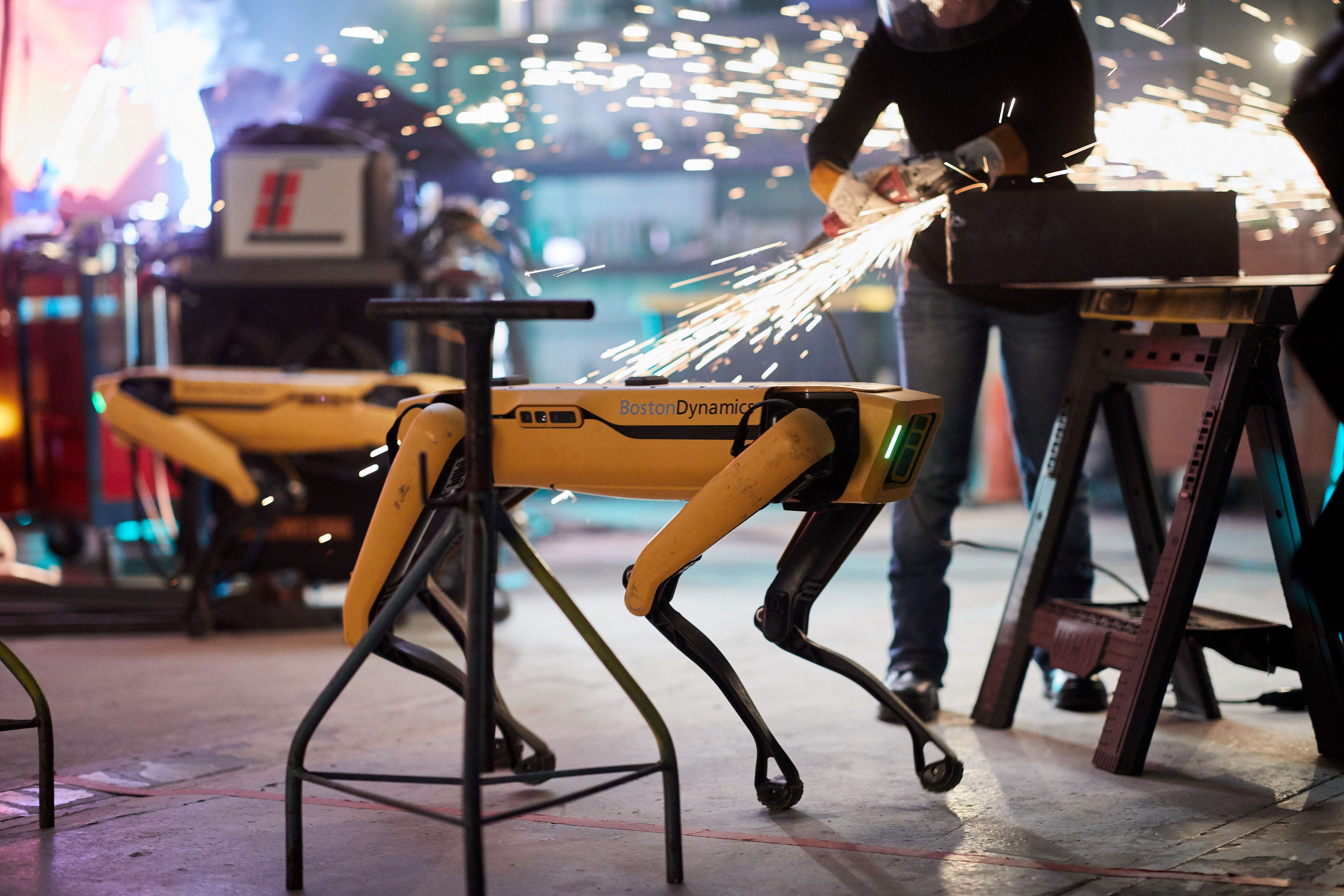 Next, Boston Dynamics hopes to develop technology that will allow Spot robots to inspect patients’ vitals.

Boston Dynamics is making the software and hardware designs for this telemedicine robot open source, so other manufacturers can apply them.

The company said it made both more generalizable, so they can be used on robots not designed by Boston Dynamics. 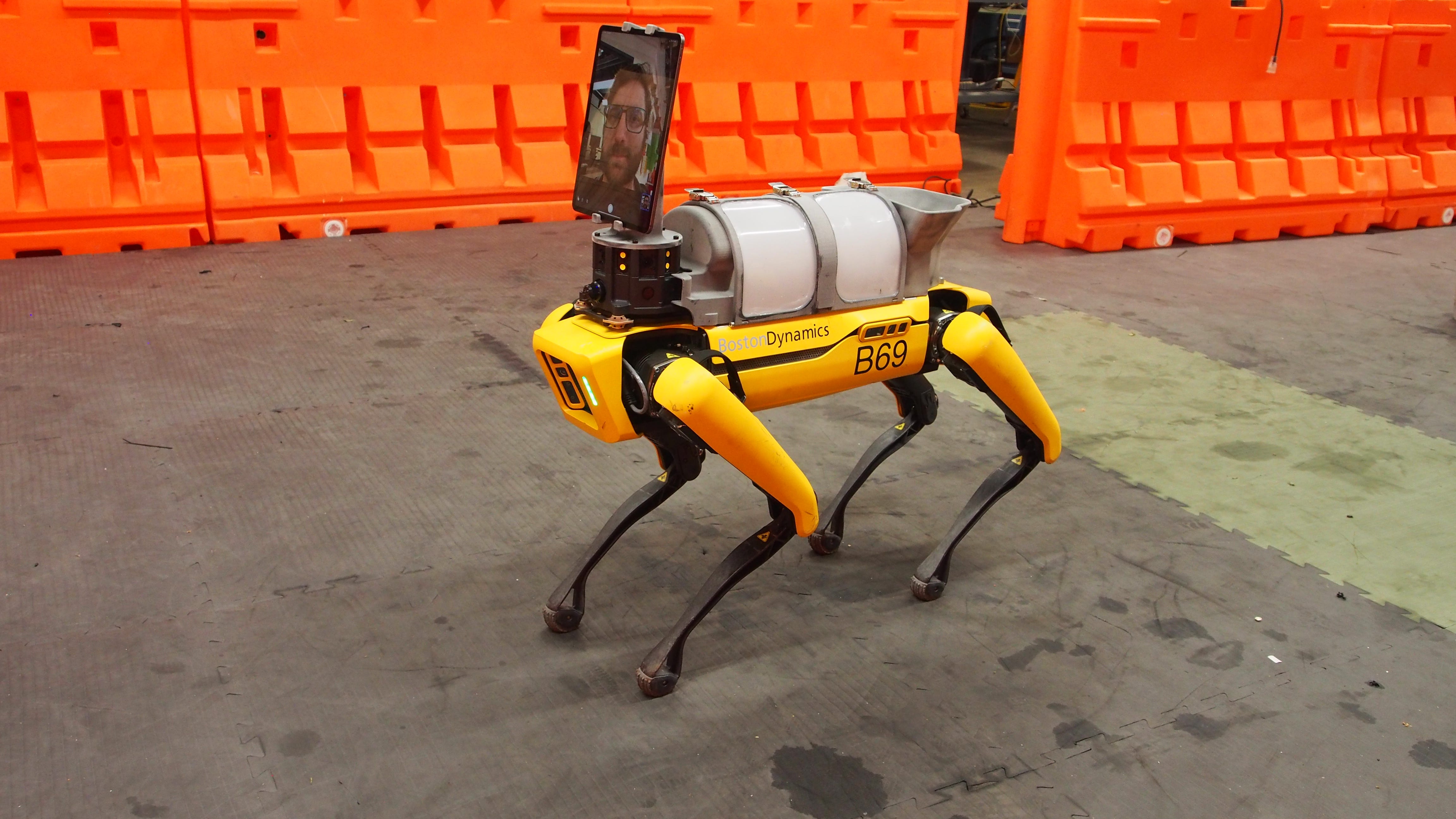 They’re using Spot for triage medical situations, like in tents or parking lots… 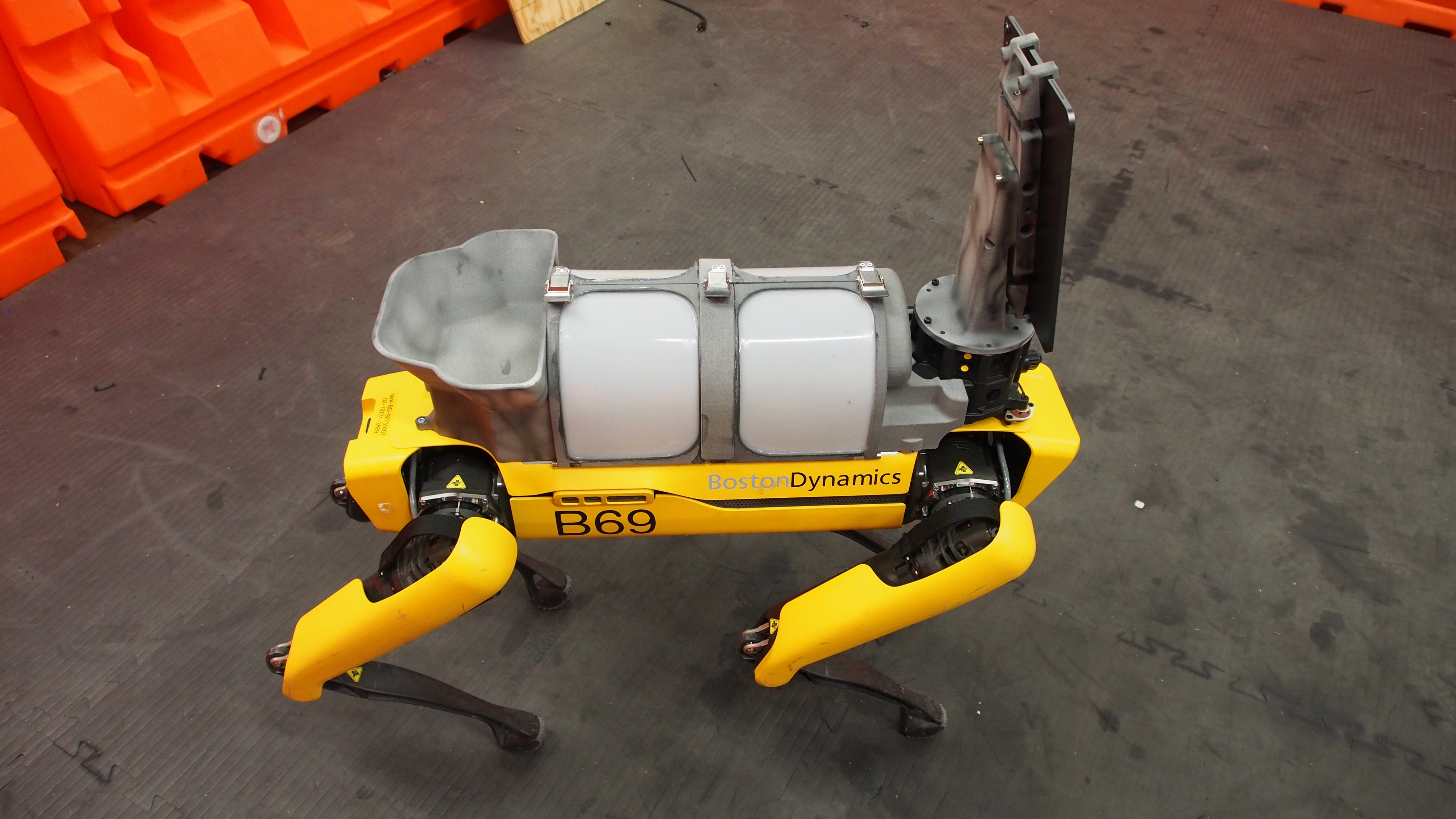 …but the company noted that other kinds of mobile robots, like those on wheels, might be better for this situation. 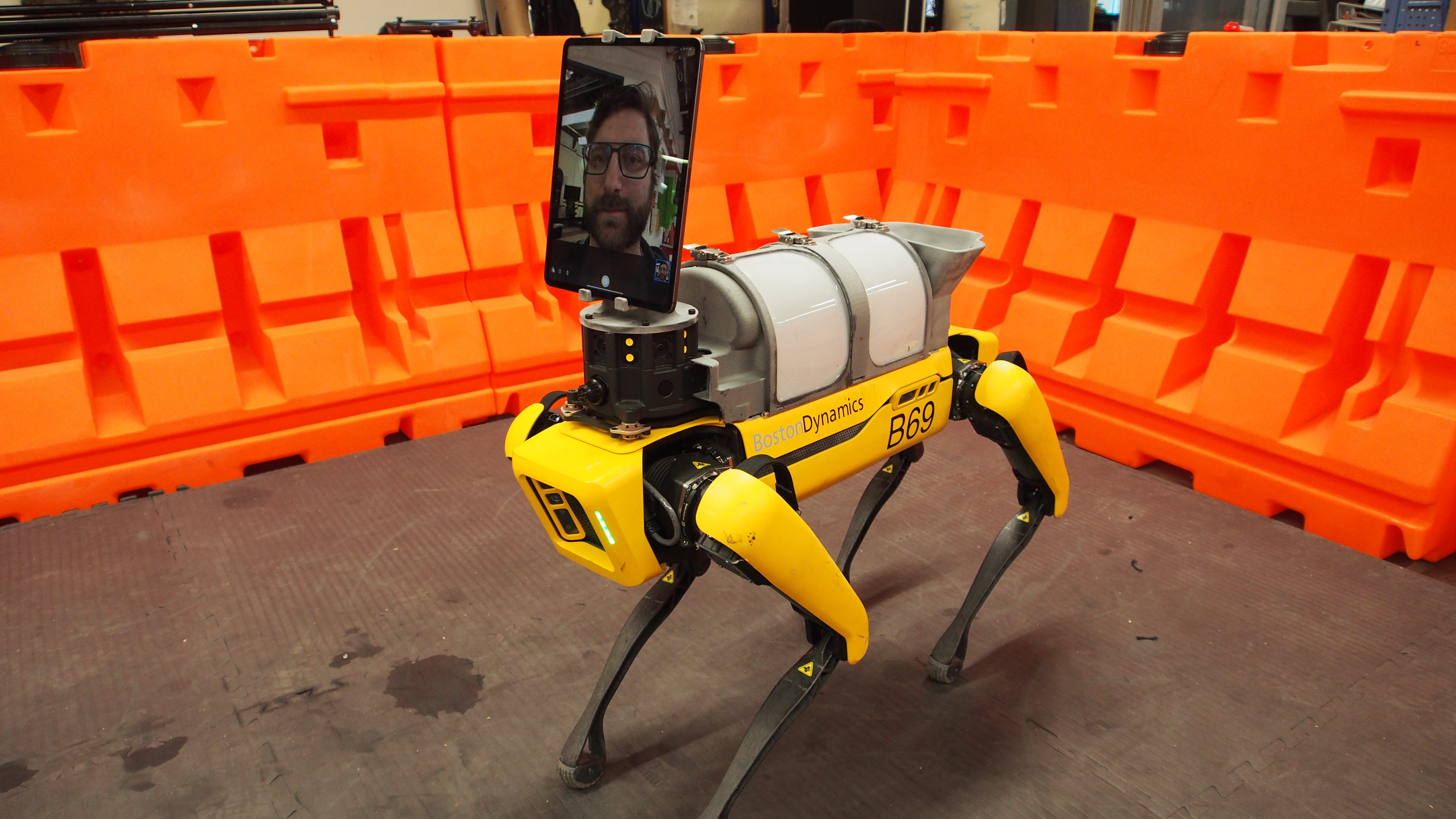 They’re also in the early stages of equipping Spot for disinfection. 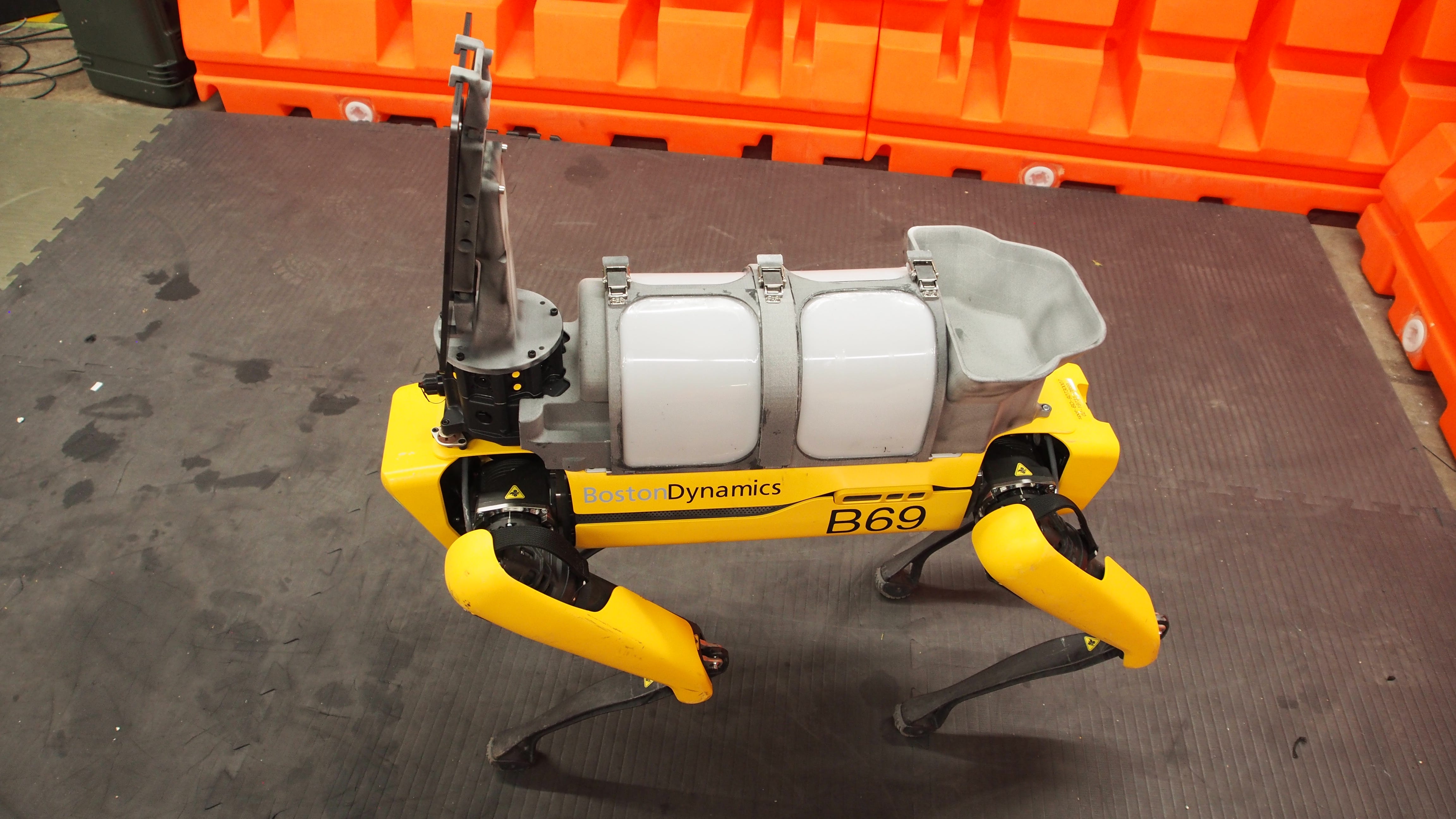 Boston Dynamics says that with a UV-C light attached, Spot could be used to disinfect hospitals, or other public spaces like subway stations.

In GitHub, Boston Dynamics also references a possible use of the robot for delivery within the hospital, though it’s still in the prototype phase.

The document says that Spot could use a 3D-printed tray to carry supplies like food and medicine to patients in isolation, further protecting healthcare workers. 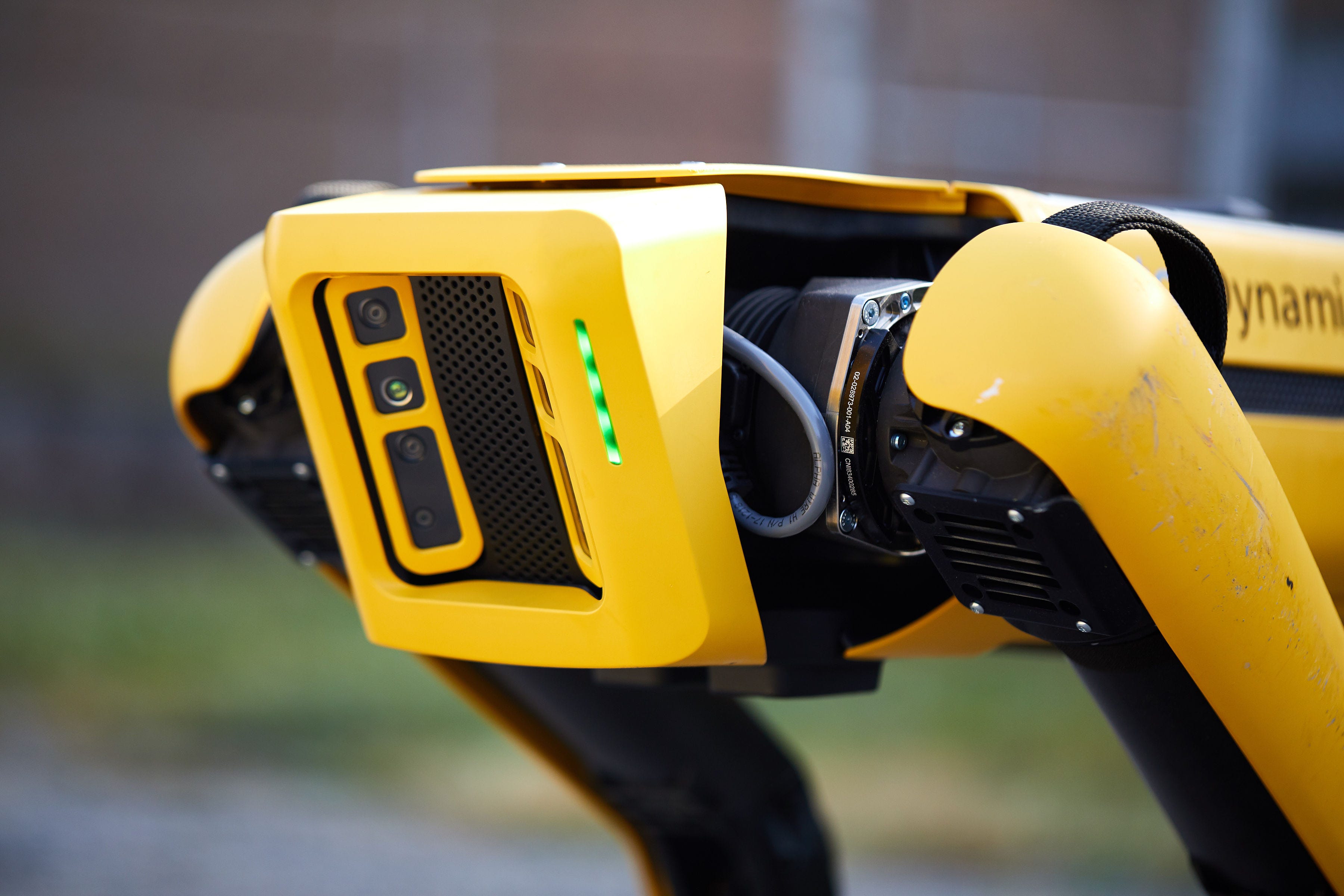