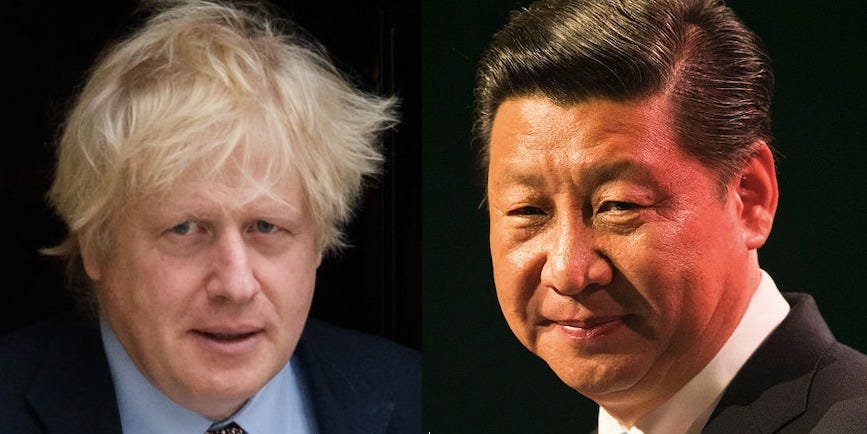 Johnson told the House of Commons on Wednesday that he would go ahead with the move after China imposed the law on the semiautonomous region on Tuesday.

The law – opposed by the UK, the European Union, and the US – is designed to curtail anti-government protests in the region. The police in Hong Kong said they arrested more than 300 protesters on Wednesday.

Johnson said the law breached the Sino-British Joint Declaration that the UK and China signed in 1984.

“The enactment and imposition of this national-security law constitutes a clear and serious breach of the Sino-British Joint Declaration,” Johnson told members of Parliament on Wednesday.

“It violates Hong Kong’s high degree of autonomy and is in direct conflict with Hong Kong basic law.

“The law also threatens the freedoms and rights protected by the joint declaration.”

He added: “We made clear, Mr. Speaker, that if China continued down this path we would introduce a new route for those with British national overseas status to enter the UK, granting them limited leave to remain with the ability to live and work in the UK and thereafter to apply for citizenship – and that is precisely what we will do now.”

The UK government has estimated that as of February there were 349,881 holders of British overseas national passports and 2.9 million people who were entitled to one in Hong Kong.

A Populus poll published this week by the China Research Group of Conservative MPs indicated that the British public was broadly supportive of welcoming citizens from Hong Kong. In the poll, 61% of respondents said they supported the move, while 11% said they opposed it.

Dominic Raab, the UK’s foreign secretary, said the UK “will not look the other way when it comes to Hong Kong, and we will not duck our historic responsibilities to its people.”

He added: “We will honour our commitment to change the arrangements for those holding BNO status and continue to stand up for the people of Hong Kong.”