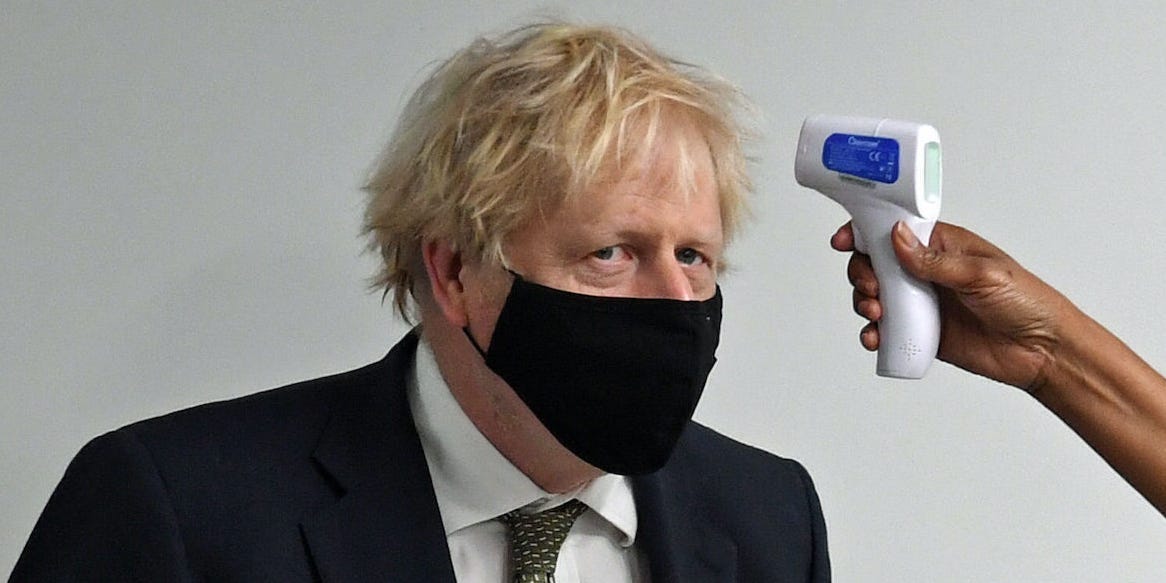 Speaking on Monday morning, the prime minister said “tougher measures” were needed to control the virus.

A representative for Johnson said on Monday afternoon that “the prime minister is clear that further steps must now be taken to arrest this rise and to protect the NHS and save lives.”

“He will set those out this evening.”

Earlier Monday, Scottish First Minister Nicola Sturgeon announced the imposition of a new lockdown set to take effect at midnight in Scotland, which â€” as with Wales and Northern Ireland â€” sets its rules around coronavirus restrictions independently from England.

“If you look at the numbers, there’s no question we will have to take tougher measures, and we will be announcing those in due course,” Johnson told reporters during a visit to a hospital on Monday morning in London.

The opposition Labour Party leader Keir Starmer on Sunday called for an immediate national lockdown because of an explosion in case numbers and hospitalizations over the Christmas holidays.

Families had been permitted by Johnson’s government in most parts of England to meet in small numbers on Christmas Day, despite a surge in cases linked to a new, fast-spreading strain of the virus.

Hospitals in some parts of the country, however, are now more than half-filled with COVID-19 patients, with multiple intensive-care units reaching capacity amid a surge in demand for respirators.

Johnson had repeatedly refused to consider closing schools in England following the first national lockdown last spring, with the education secretary threatening to sue local authorities who closed their schools early for Christmas in December.

Secondary schools across the UK will now all remain closed until at least the middle of January, however, with primary schools in London and other parts of southeastern England also shut following a series of U-turns by Johnson’s government.

Parents across many parts of England where primary schools were due to open Monday received messages from their children’s schools over the weekend informing them that they would also not be reopening because of a shortage of teaching staff.

Teachers across the country have been advised by the National Education Union not to attend schools because of a “serious and imminent danger” to their health caused by the virus.

Teaching unions believe that newly released papers by the UK government’s scientific advisory committee last week â€” which concluded that schools would need to close to bring the virus under control â€” meant any attempt to force schools to open would be a breach of UK work-safety regulations.

With Starmer warning that the situation in the UK is “clearly out of control,” Johnson was set to meet with senior advisors on Monday to decide what new measures should be imposed.

The surge in cases means more areas of England will most likely be placed in the highest tier of restrictions, which ban household mixing and include stay-at-home orders.

But with Johnson’s own scientific advisors advocating more restrictive measures, including the closing of schools nationwide, Johnson is said to be under pressure from some members of his Cabinet to consider a firmer national response.

Johnson on Sunday conceded that more restrictive measures needed to be taken but did not specify what decisions would be taken or when.

“‘It may be that we need to do things in the next few weeks that will be tougher in many parts of the country,” he told the BBC’s “Andrew Marr Show.”