Senior figures in UK Prime Minister Boris Johnson’s government privately believe that England’s coming coronavirus lockdown will be extended until next year, according to multiple reports.

Johnson announced on Saturday that England would go into lockdown from Thursday until December 2.

On Sunday, however, Michael Gove, the chancellor of the Duchy of Lancaster, acknowledged that the four-week lockdown could be extended if it did not sufficiently bring the coronavirus under control.

Asked whether the new lockdown could be extended beyond four weeks, Gove told Sky News “yes” and added: “We will always take a decision in the national interest, based on evidence.”

Ministers in Johnson’s UK government told the Times of London newspaper that they expected the new national lockdown to continue beyond December 2 and into the new year.

“I think it will be after the new year,” one said. “The rate of transmission is not going to go down enough to justify it. Just look at the graphs. It’s going to be a jobs disaster.” Another said: “The fear will be that in four weeks’ time deaths will be higher than they are now, which will give credibility to people who want to keep national measures in place.”

The newspaper reported that the government was working on a plan that would see some rules relaxed over the Christmas period.

Members of Parliament on Wednesday are set to approve the new lockdown rules, which would see pubs, restaurants, and nonessential shops close and social mixing limited to outdoor meetings between individuals from two households. Johnson has U-turned on his recent staunch opposition to a new national lockdown amid growing coronavirus case numbers and hospitalizations. 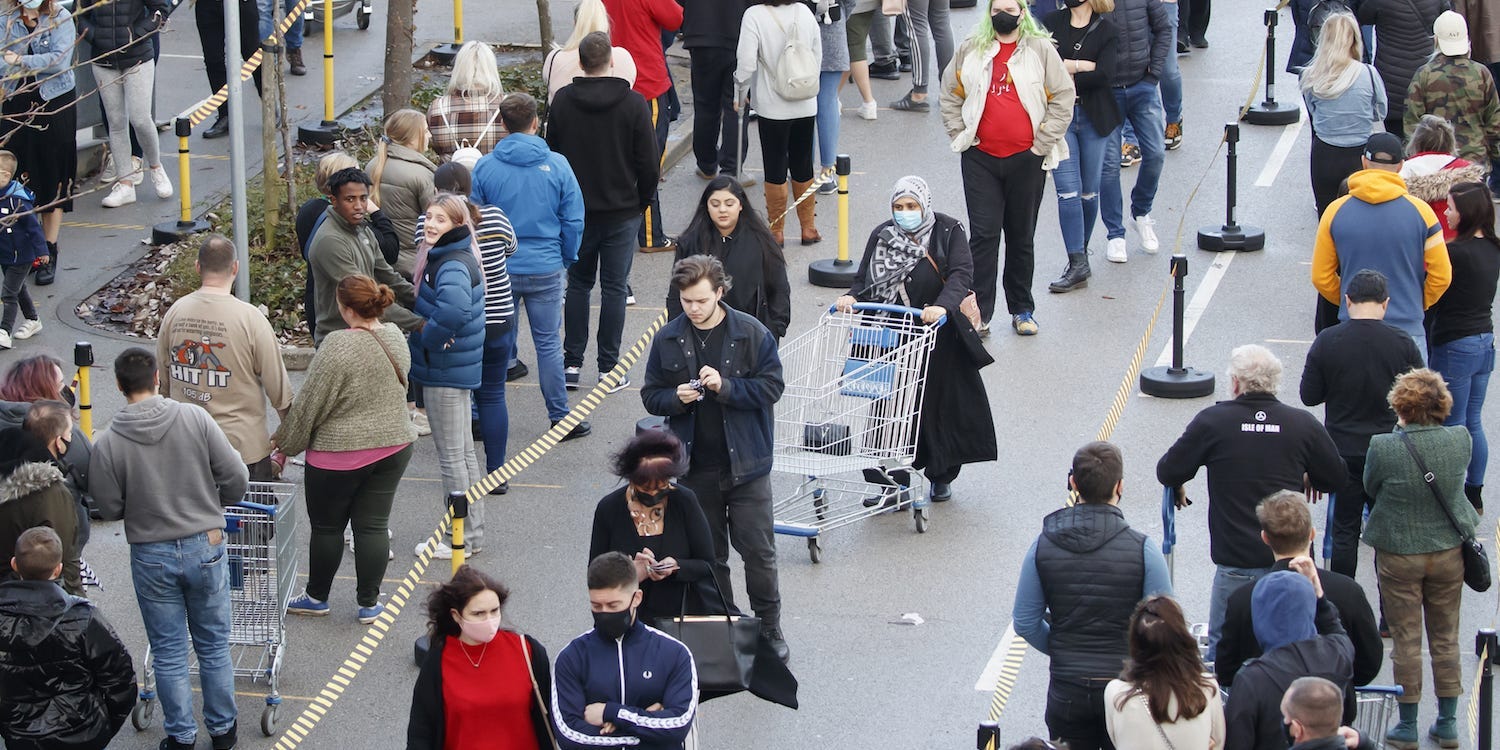 Danny Lawson/PA Images via Getty ImagesShoppers lined up outside IKEA in Batley, England, after Prime Minister Boris Johnson announced a new national lockdown would come into force in England next week.

Johnson on Monday was expected to tell members of Parliament that he “will seek to” ease the new national restrictions when the four-week period expires December 2 and move England back into a tiered system of regional lockdown measures.

Chancellor Rishi Sunak on Monday told BBC Radio 4 that the new lockdown measures would end “as a matter of law” on December 2. “Our expectation and firm hope is that the measures put in place will be sufficient to do the job we need,” he said.