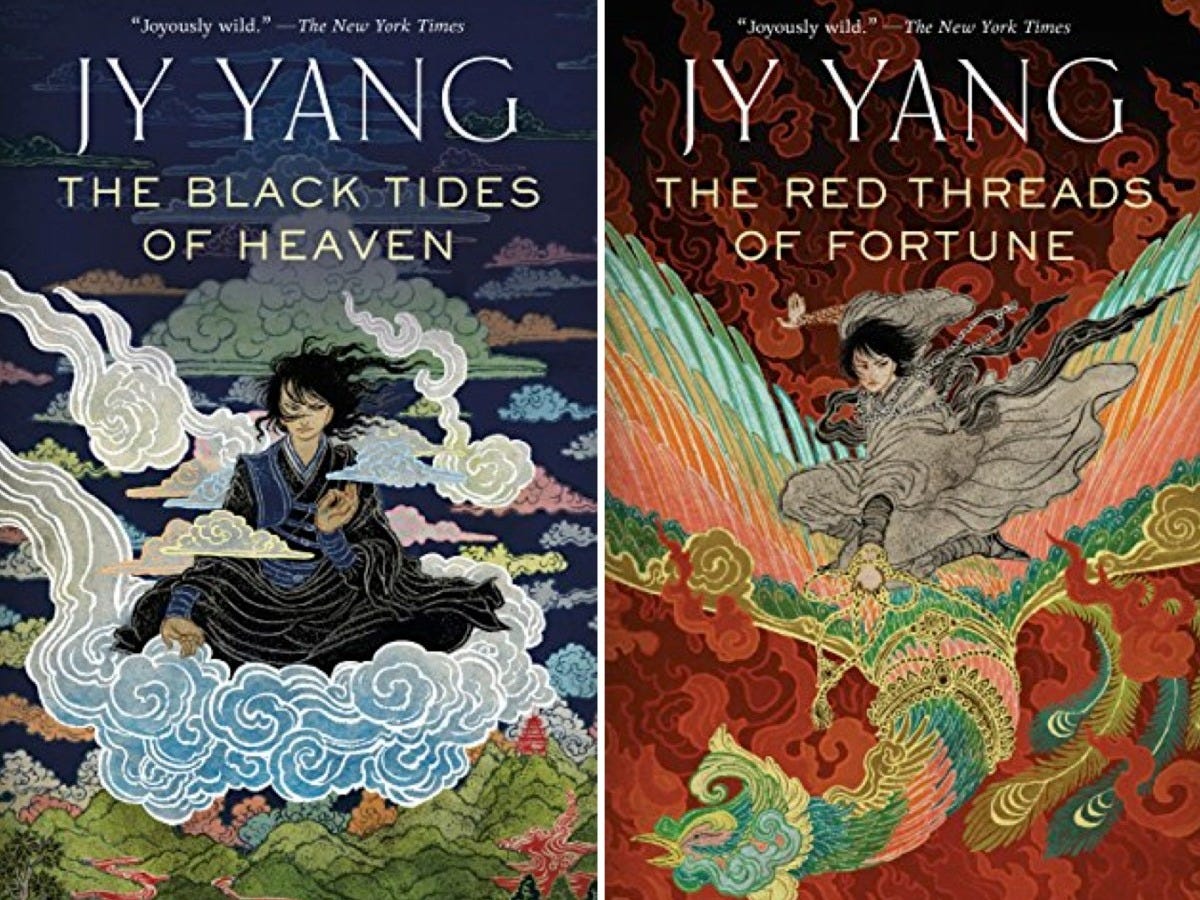 Tor‘The Black Tides of Heaven’ and ‘The Red Threads of Fortune’ by Jy Yang.

J.K. Rowling sparked a Twitterstorm of criticism after suggesting that trans activism negates the experiences of cis women.

Rowling’s words have sadly tainted the “Harry Potter” series for many fans, some of whom have even crossed out the author’s name on their books.

But beyond Hogwarts, readers can find a vast variety of fantasy and sci-fi stories starring trans and non-binary characters in classic adventures about superheroes, alien invasions, and of course, witches and wizards.

Many of the writers behind these books are trans, or part of the LGBTQ community. Their stories feature characters from diverse backgrounds who identify across the gender spectrum.

From Rich Larson’s post-apocalyptic thriller “Annex”, to mythical romance “When the Moon Was Ours” by Anna-Marie McLemore and yes, even the strega witches and wizards in Amy Rose Capetta’s Italian-inspired historical fantasy “The Brilliant Death”, there’s a story to satisfy every sci-fi and fantasy fan.

Whether you’re looking for rich fantasy, lyrical fairy-tales or gritty dystopian sci-fi, these are 11 mythical and magical stories that star trans and non-binary characters. 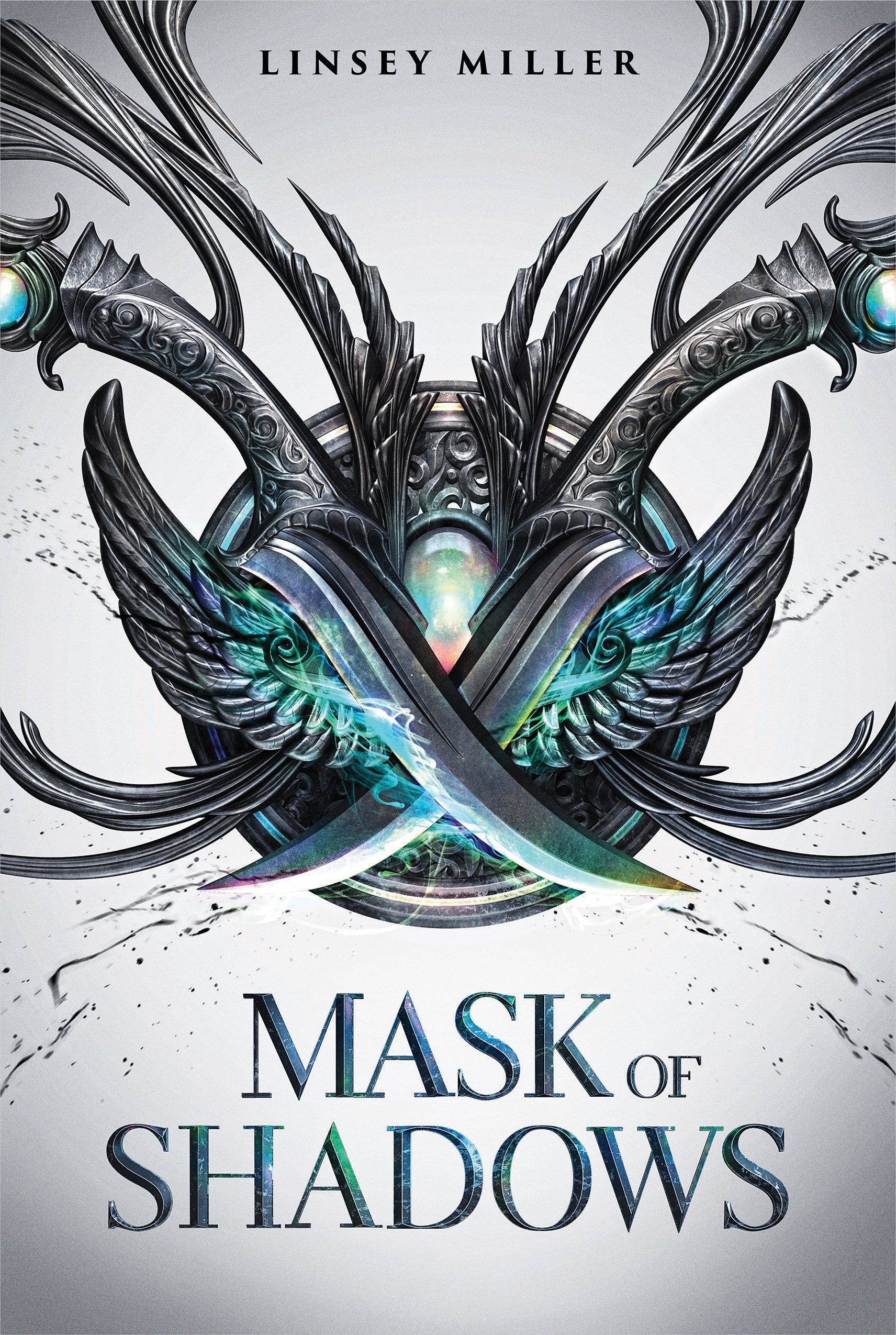 Sourcebooks‘Mask of Shadows’ by Linsey Miller.

Author Linsey Miller creates a formidable protagonist in Sal Leon: a talented highway thief determined to exact revenge on the nobles who destroyed their family. Sal will do whatever it takes to infiltrate the court.

They apply to become a member of the infamous Left Hand – the Queen’s elite team of personal assassins, named for the rings she wears on each finger. But when Sal enters the competition, they quickly learn it’s a fight to the death.

Pitted against tricksters and mercenaries, streetwise Sal must use their wits and nerve to succeed and survive. Political intrigue, explosive action and a daring, deadly protagonist make “Mask of Shadows” a spellbinding story.

A trans superhero fights to save her city in ‘Dreadnought’ 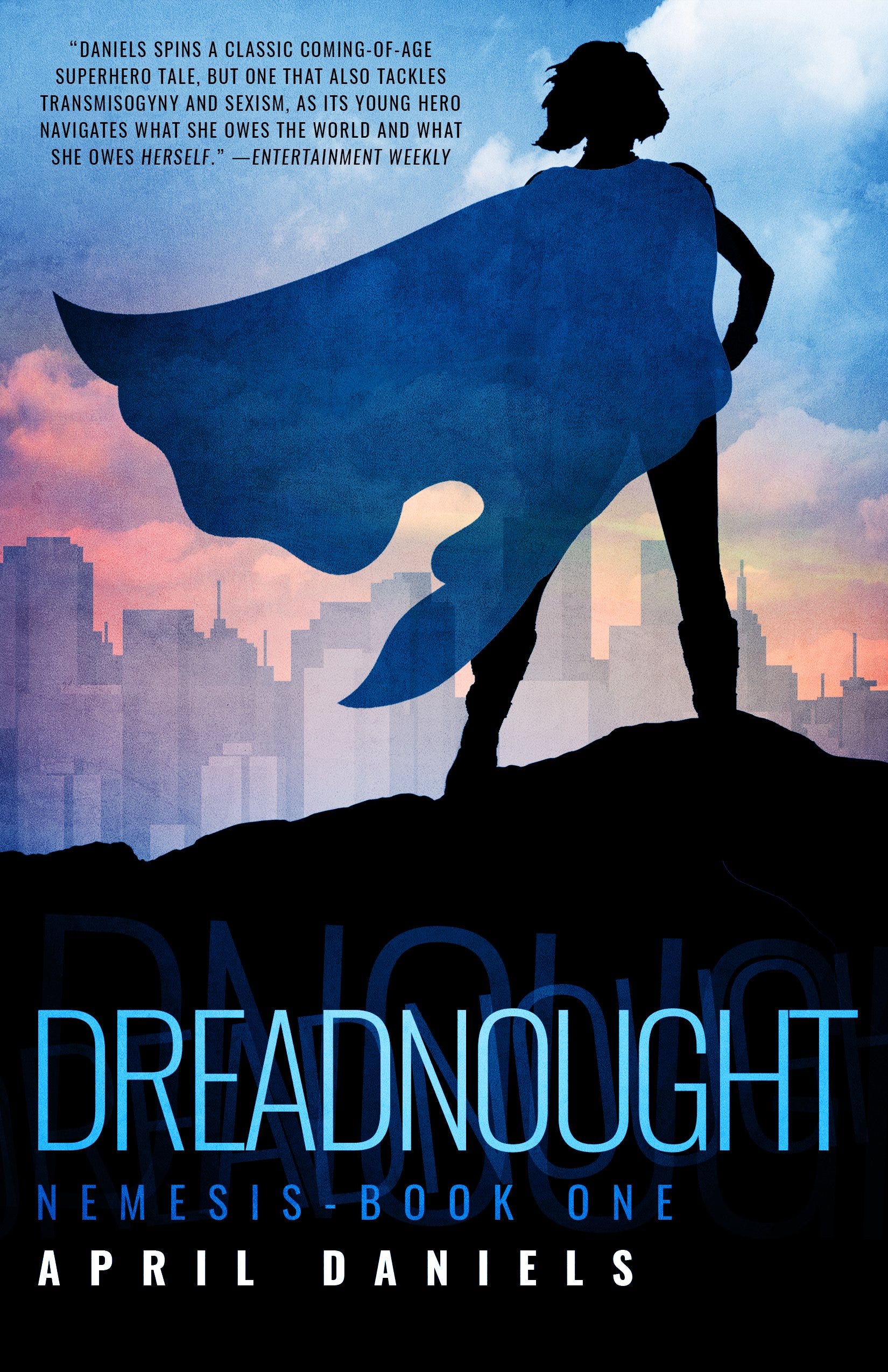 When legendary superhero Dreadnought falls out of the sky, his final act is to bequeath his powers to fifteen-year-old Danny Tozer, who happens to be in the right place at the right time to inherit some epic skills – and some serious responsibility.

Dreadnought’s second-hand superpowers transform Danny into her ideal self, but this gift brings repercussions: anti-trans parents, a friend who feels newly entitled to date her, and a gang of chaotic superheroes who have mixed feelings about Danny joining their crew. Then there’s Dreadnought’s arch-villain, on the loose and threatening to wreak destruction on her city.

Trans author April Daniels crafts a compelling coming-of-age tale disguised as a superhero origin story, with all the gravity-defying showdowns, cool costumes and witty comebacks that define the genre.

‘Pet’ is a poetic morality tale about truth and identity 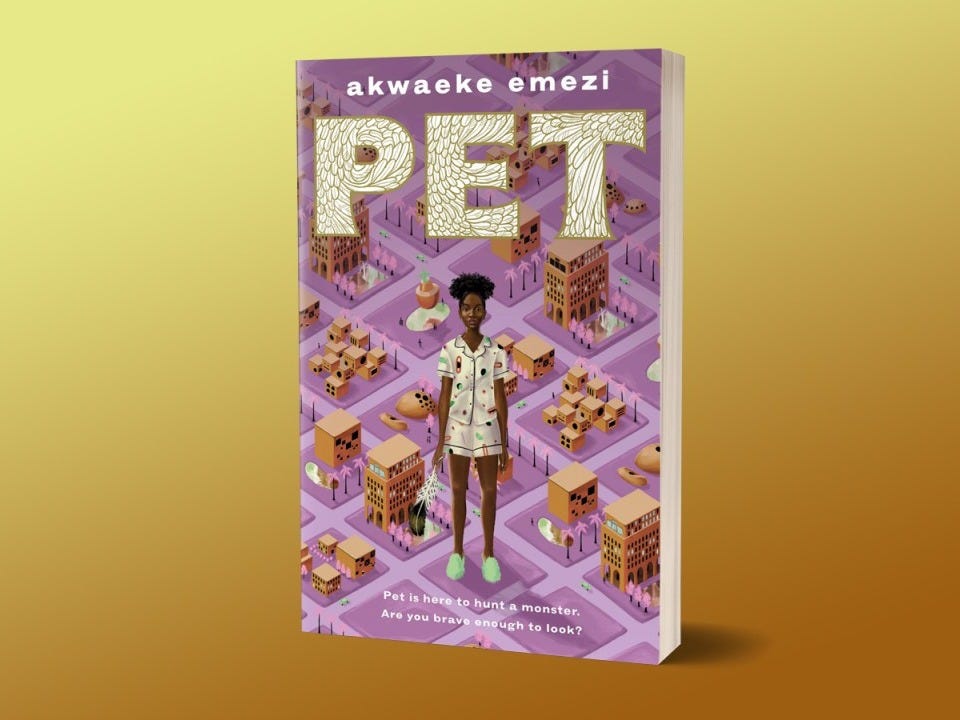 Jam and her best friend Redemption have grown up believing their world is free from danger – until they meet Pet, a creature of colours and claws who has come to hunt down a much more sinister shadow. The three must work together to protect their city’s safe haven – but it’s dangerous trying to take down a monster when everyone insists they don’t exist.

Trans author Emezi explores intriguing ideas about truth and justice, in a beautifully-realised world where being trans is just another part of Jam’s identity, along with her deep brown skin and curious mind. 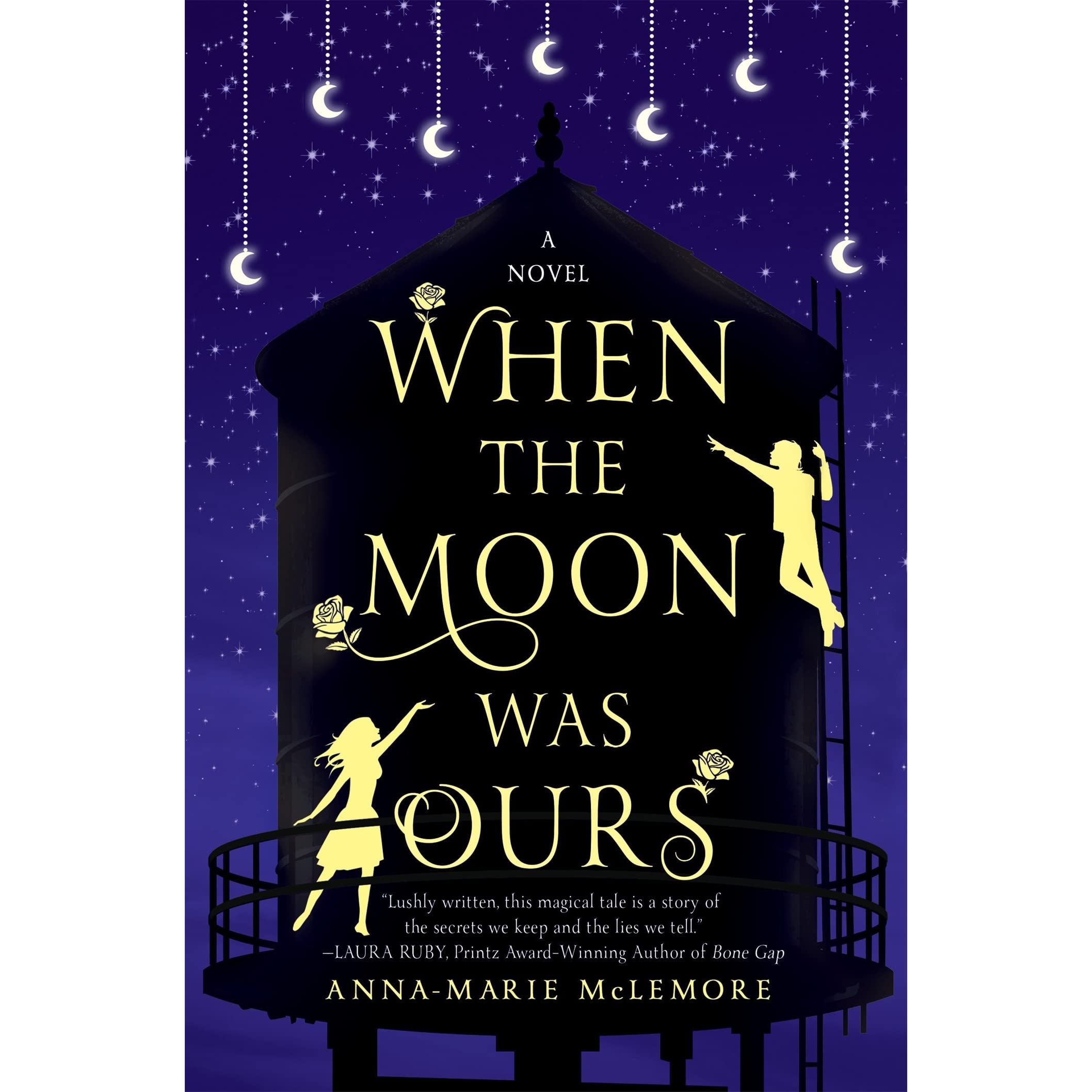 Thomas Dunne Books‘When the Moon Was Ours’ by Anna-Marie McLemore.

They share their dreams and fears – until Sam’s secret is stolen by four sisters, rumoured to be witches. They want the sweet perfume from Miel’s roses, and they’re willing to tear the two apart to take it.

Author Anna-Marie McLemore paints a poignant story of love and loyalty in gorgeous, poetic prose. Miel is Latina and Sam is Italian-Pakistani, and their tale intertwines gender identity and family history with dark magic and a star-crossed queer love story.

An alien apocalypse opens up a world of possibilities in ‘Annex’ 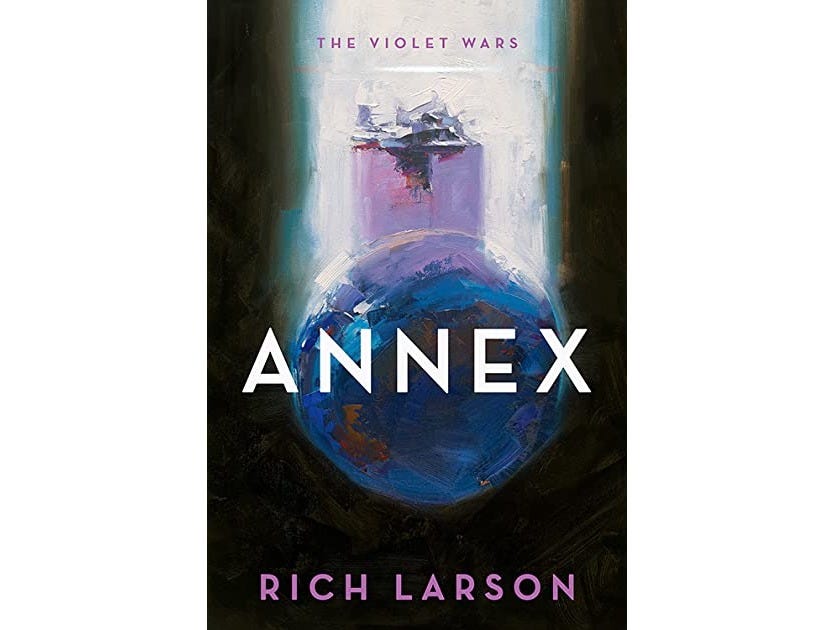 Liberated from the social expectations and adults that conspired to erase her true identity, she’s finally free to be whoever she wants.

After looting an abandoned pharmacy for make-up and hormones, she’s ready to begin a new life according to her own rules. But the alien invaders haven’t wiped out civilisation without a plan. As Violet and her crew of runaway kids explore their ruined cityscape, the visitors are watching.

‘Not Your Villain’ is a fun, fast-paced satire of the superhero genre

Interlude Press‘Not Your Villain’ by C. B. Lee.

“Not Your Villain” is the second instalment in bisexual author C. B. Lee’s “Sidekick Squad” series.

It’s the 22nd century and solar flares have ignited humanity’s hidden superpowers. Bells Broussard loves being a shapeshifter. He can change his hair colour whenever he likes, and if wearing a binder is too much, he’s got it covered.

Bells is ready to make his mark in the Heroes League, but when he uncovers a conspiracy involving staged battles, deadly robots and a secret serum that drains people’s powers, he realises the line between heroes and villains isn’t as clear-cut as he’s been taught to believe.

Lee blends slick action sequences with moments of sly humour and centres her story around a diverse cast of characters who identify across the queer spectrum.

Rich world-building, lush prose and a beautifully fluid vision of gender identity make ‘The Black Tides of Heaven’ a must-read for fantasy fans 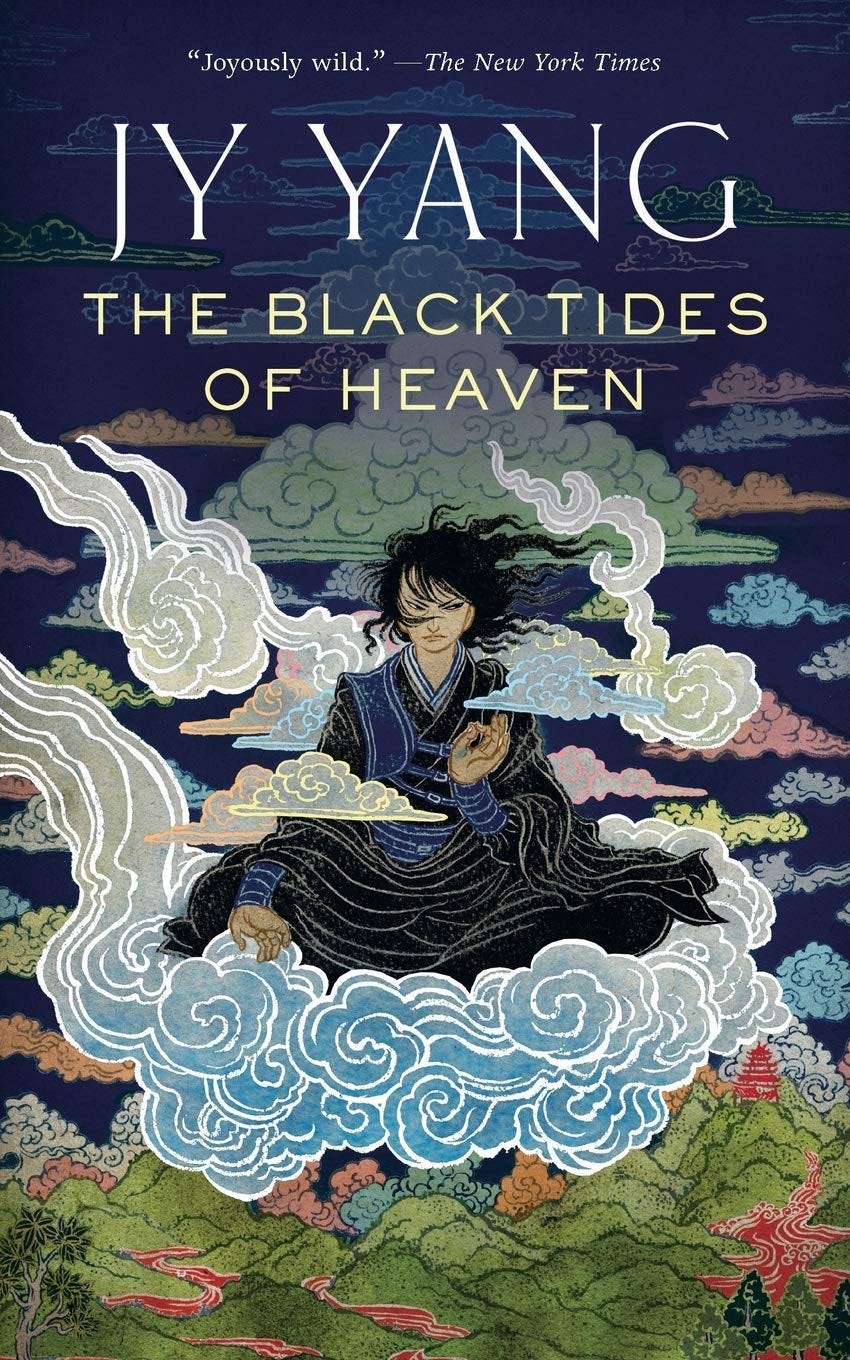 “The Black Tides of Heaven” introduces readers to the mythical land of Ea, where children are born without assigned genders, and may decide to take on a particular identity later in life, or abstain from choosing entirely.

Into this sophisticated society come twins Mokoya and Akeha, children of Ea’s all-powerful ruler. While Mokoya becomes a fearless hunter, Akeha sees the suffering unleashed by their mother’s military conquests. But every step Akeha takes towards the rebellion pulls the twins further apart.

Yang paints a sweeping world of monsters and magic, with a tightly coiled mystery at its heart.

‘Wake of Vultures’ is a paranormal spin on the classic western 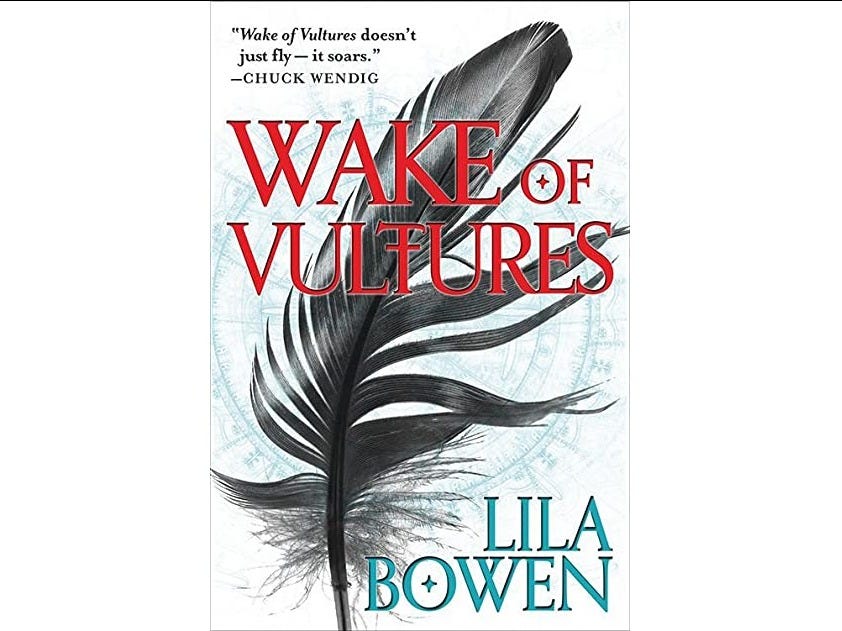 Orbit‘Wake of Vultures’ by Lila Bowen.

Author Lila Bowen’s brilliant four-book series takes the archetypal old west and fills it with unicorns, harpies and a tenacious, gun-slinging hero with nothing to lose.

Our protagonist begins his story as genderfluid Nettie Lonesome, but leaves behind pronouns and a name that no longer defines him as he escapes his abusive family and sets out across the desert to start a new life as Rhett Hennessey.

He joins forces with the Rangers, a daredevil crew of queer, ethnically diverse monster-hunters. None of whom are to be messed with. Not even by the shadowy creatures that stalk the gritty landscape, hunting children.

“Wake of Vultures” is an imaginatively bold, nuanced story of identity, friendship and self-discovery. 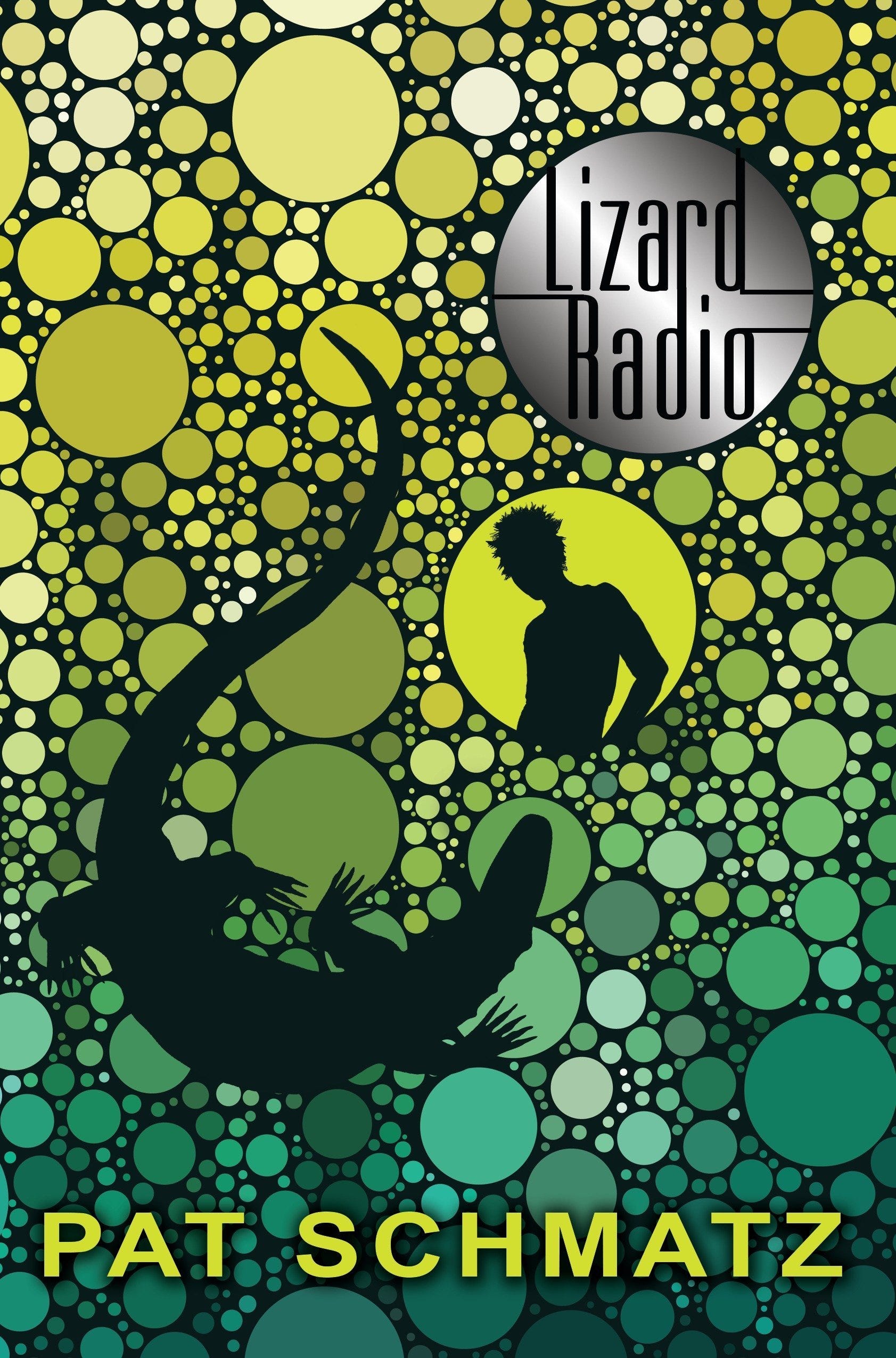 In a near-future dystopia, the government closely monitors citizens, seeking out any deviations from their definition of the norm. Fifteen-year-old Kivali definitely deviates.

Abandoned as a baby swaddled in a lizard T-shirt, her adoptive mother claims she was left on Earth by the mysterious saurians. Kivali isn’t sure if she’s human or alien and she doesn’t know whether she wants to identify as a girl or a boy.

Kivali’s doubt becomes dangerous when she’s sent to an agricultural camp where rules are everywhere and government workers are always watching. As Kivali falls in love for the first time, she must reckon with the price of freedom and the value of individuality.

Author Pat Schmatz crafts a tense, sinister story of secrets and lies that will linger long after the last page. 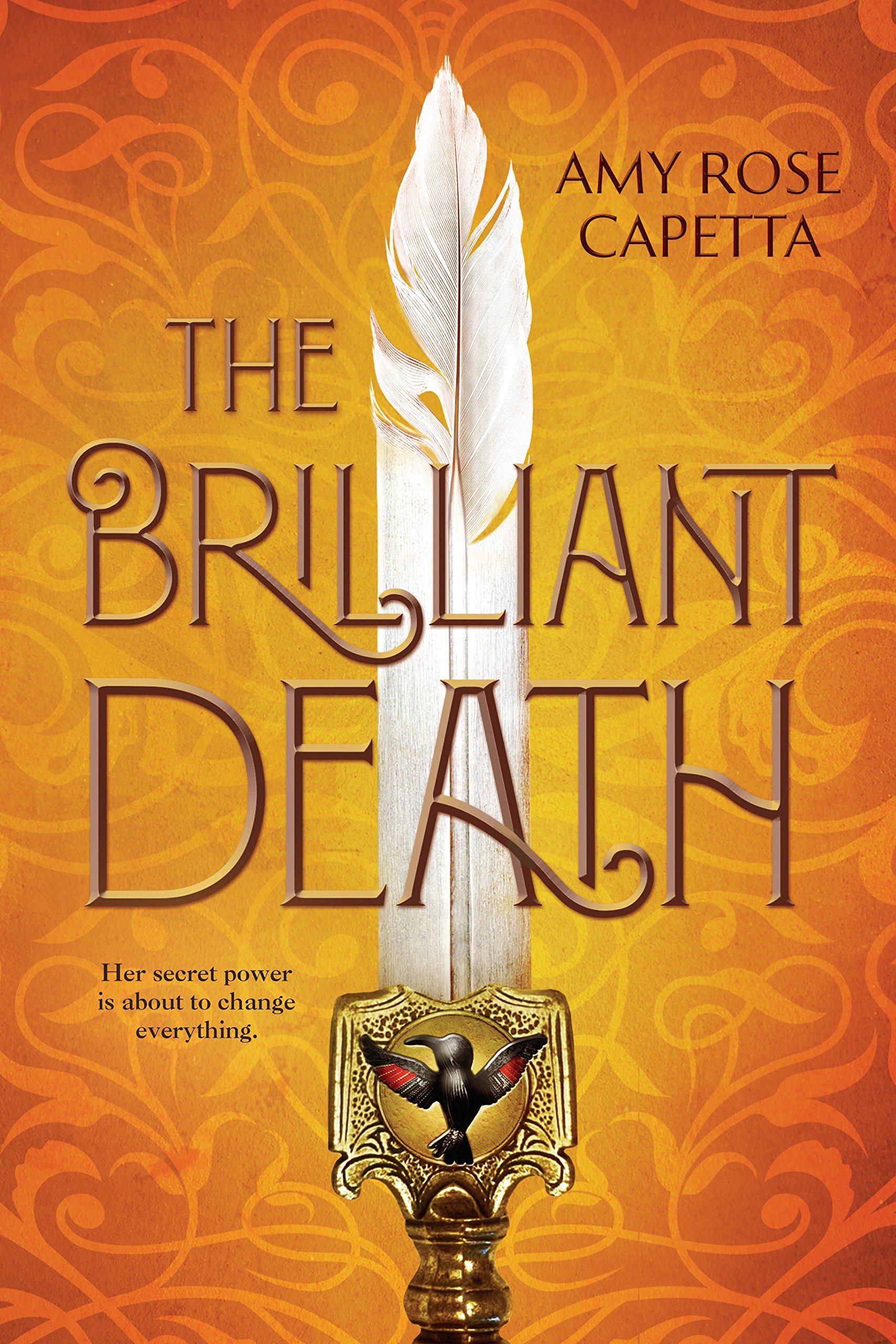 Magic only exists in stories. This is what the people of Vinalia believe – all except those who belong to the powerful five strega families, who protect their country from the shadows.

Teodora di Sangro is a strega, but her status has always been limited by her gender. Until the king of Vinalia poisons her father, and it’s up to Teo to defend her family. To do so she must not merely disguise herself as a boy, but become one.

Enter Cielo, a mysterious magician who shifts fluidly between male and female, and teaches Teo to do the same. In a dangerous court rife with riddles, Teo must learn who to trust, and decide who she truly wants to be.

In this vivid historical fantasy, author Amy Rose Capetta crafts a spellbinding story about identity, family and falling in love.

‘All Out: The No-Longer-Secret Stories of Queer Teens throughout the Ages’ is a mythic, magical anthology of adventures 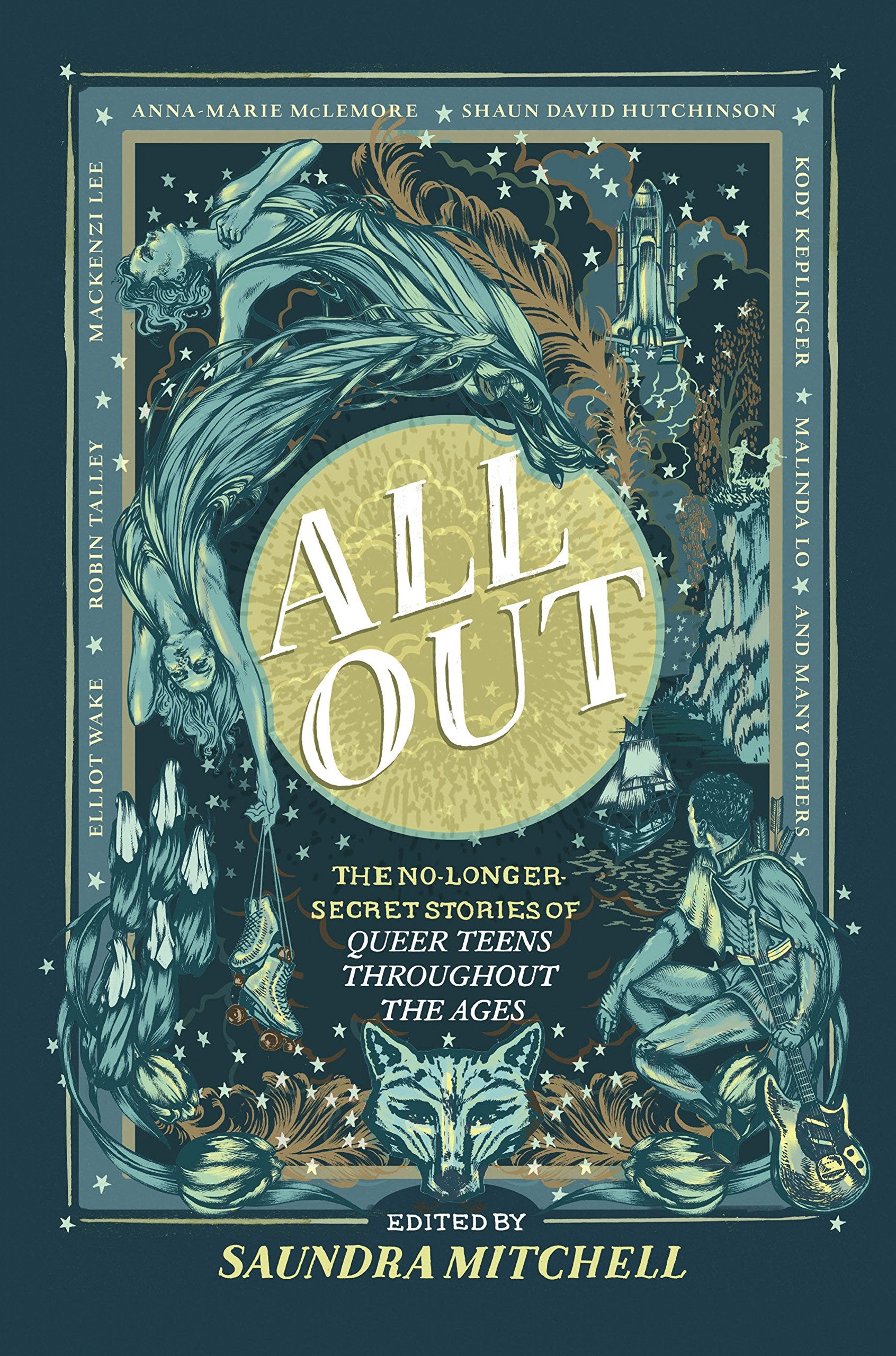 Harlequin Teen‘All Out: The No-Longer-Secret Stories of Queer Teens throughout the Ages,’ edited by Saundra Mitchell.

Edited by Saundra Mitchell, this collection of short stories unites 17 authors who identify across the LGBTQ spectrum to retell some of history’s most legendary tales, and spin a few of their own.

“All Out” imagines the lives of queer teens throughout history, creating a space where their stories have too often been erased. From a transgender Robin Hood playing cat and mouse with a female Sheriff of Nottingham to two girls falling in love while mourning Kurt Cobain, these stories span fairy-tales, fantasy and everything in between to explore the lives of queer teens across cultures and time.

You can now take a rare, virtual tour of the Studio Ghibli museum in Japan for free