Prince Harry fell out with Prince William 'for being a snob' towards Meghan Markle and a senior royal dubbed her a 'showgirl,' new book claims 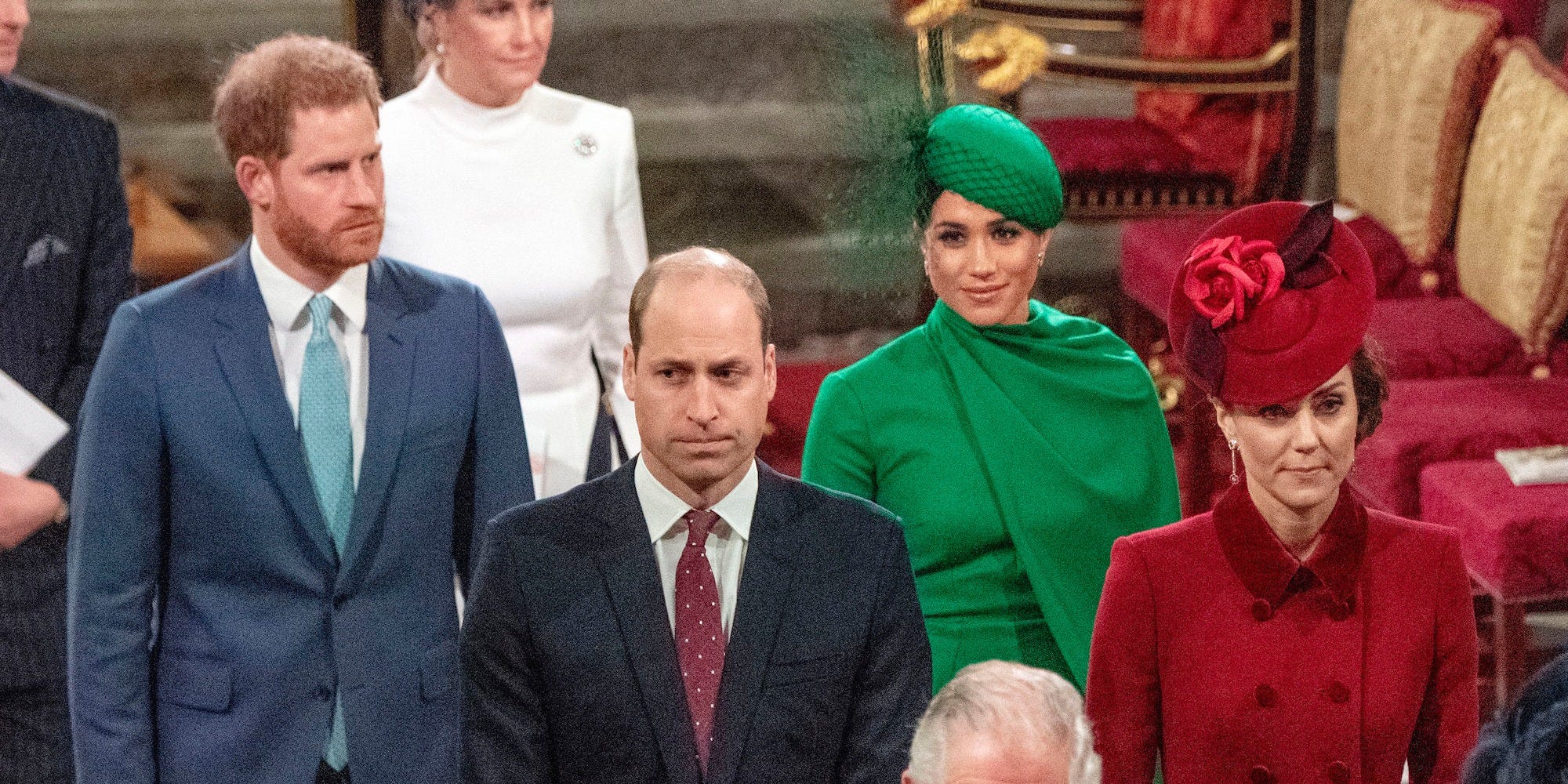 Phil Harris/Pool via AP ImagesThe Sussexes and the Cambridges at Meghan and Harry’s final formal engagement as a royal couple.

A new biography of the Duke and Duchess of Sussex claims that the relationship between Princes Harry and William broke down because William was a “snob” towards Meghan.

Tensions were worsened in part because of gossip within the family, with one senior royal dubbing Meghan “Harry’s showgirl,” according to the book.

Extracts from the book, “Finding Freedom,” by former members of the royal press corps Omid Scobie and Carolyn Durand, were serialized in The Times of London this weekend. A spokesperson for the Sussexes told the BBC that they were not interviewed for the book and did not contribute to it.

The book charts the deteriorating relationships between the Cambridge and Sussex households, ultimately leading Meghan and Harry to depart from formal royal duties, it alleges. 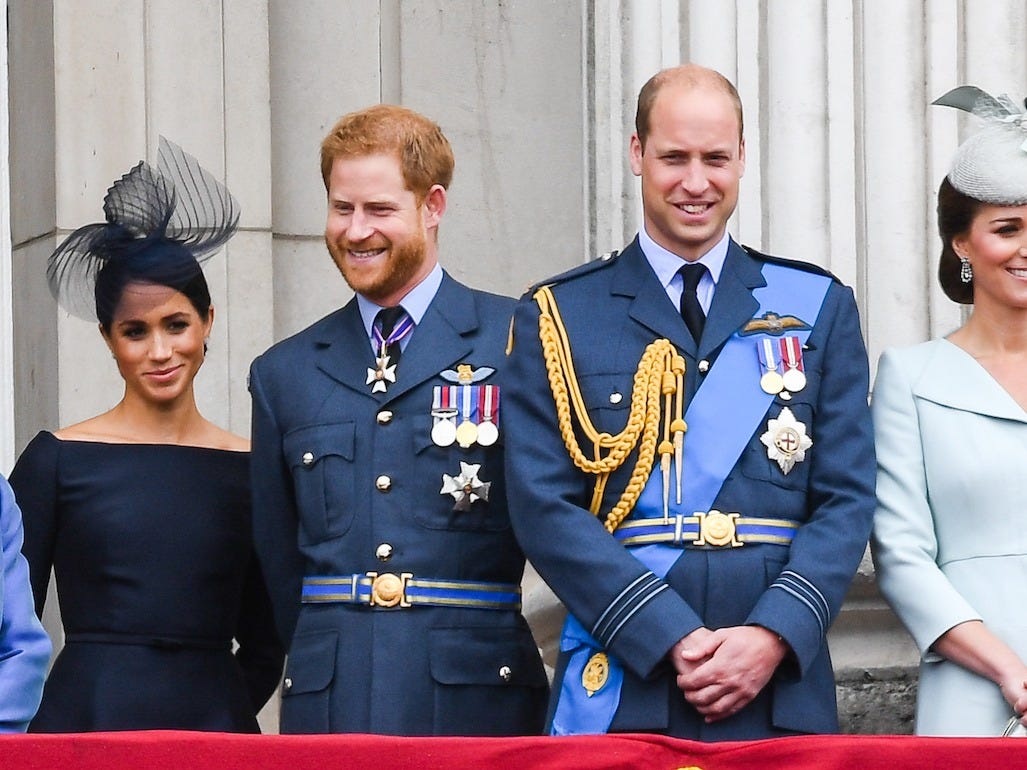 According to the extract, the formerly rock-solid connection between the two brothers began to break down after William urged Harry to take it slowly with Meghan.

“William didn’t know a whole lot about Meghan, he wanted to make sure Harry wasn’t blindsided by lust,” one source, who is still in contact with the brothers, was quoted as saying. Harry had isolated himself from many of his friends by this time, the authors claim.

The brothers have always attracted people who wanted to take advantage of them, and cautious William had always been deeply protective of his brother, the book said. But, the authors added, Harry was tired of this dynamic. 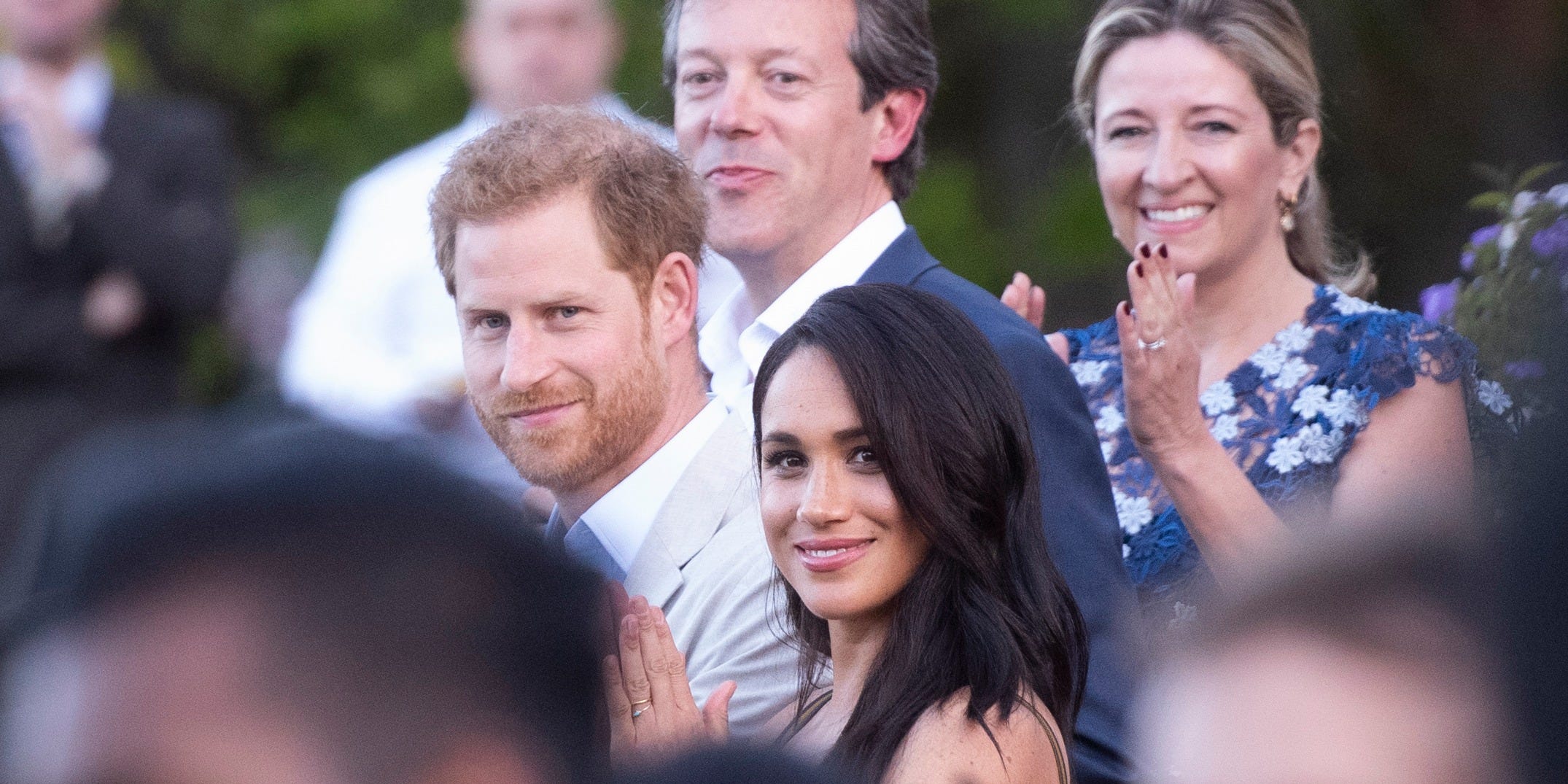 Sources told the book’s authors that William said: “Take as much time as you need to get to know this girl.” But Harry detected snobbery in that advice, a family friend said.

“Harry could see through William’s words. He was being a snob,” said the friend.

One source said that Harry was “pissed off,” noting that it was an illustration of both their personalities: “William, the calm and rational one, and Harry, who can’t help but take things far too personally.”

It may not have all been about Meghan, for William. “Perhaps he just didn’t want to accept that Harry had grown up and become his own man,” one source said.

The wider royal family and their staff also raised comments about Meghan, the book claims. One senior royal referred to her as “Harry’s showgirl” – in apparent reference to her background as a professional actress – while another remarked to an aide: “She comes with a lot of baggage.”

“There’s just something about her I don’t trust,” one high-ranking courtier was overheard saying, the book said.

The sniping only made Harry more protective of Meghan, the book claimed. 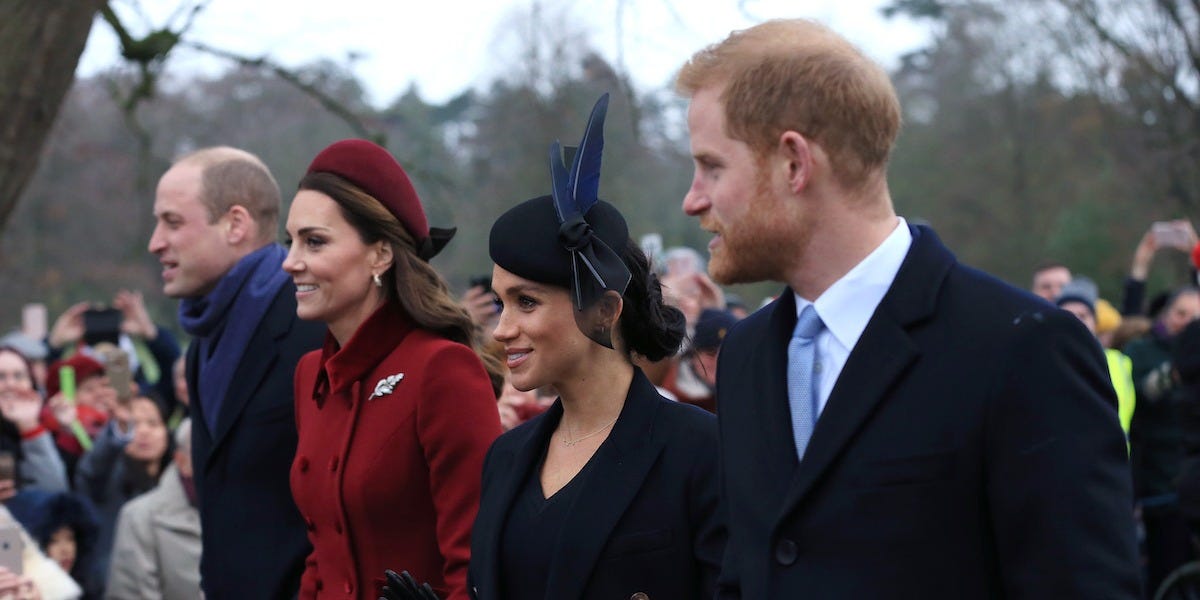 Soon, the pair hardly saw each other

Harry and William had always been close, and the younger brother regularly brought gifts to William and Kate’s children, the authors wrote. But in the two months after that early conversation about Meghan, they barely spoke, according to the book.

Harry visited less and less, but it is claimed, the invitations from the Cambridge household stopped first. The Cambridges didn’t visit for all of May 2018 and March 2019, despite there being an invite, a source said.

Harry had always wanted their families to live closely side by side, according to an account from a friend. But the “goldfish bowl” of Kensington Palace, as one source described it, was becoming too much.

In November 2018, the palace announced that Harry and Meghan would move into Frogmore Cottage, on the grounds of Windsor Castle. 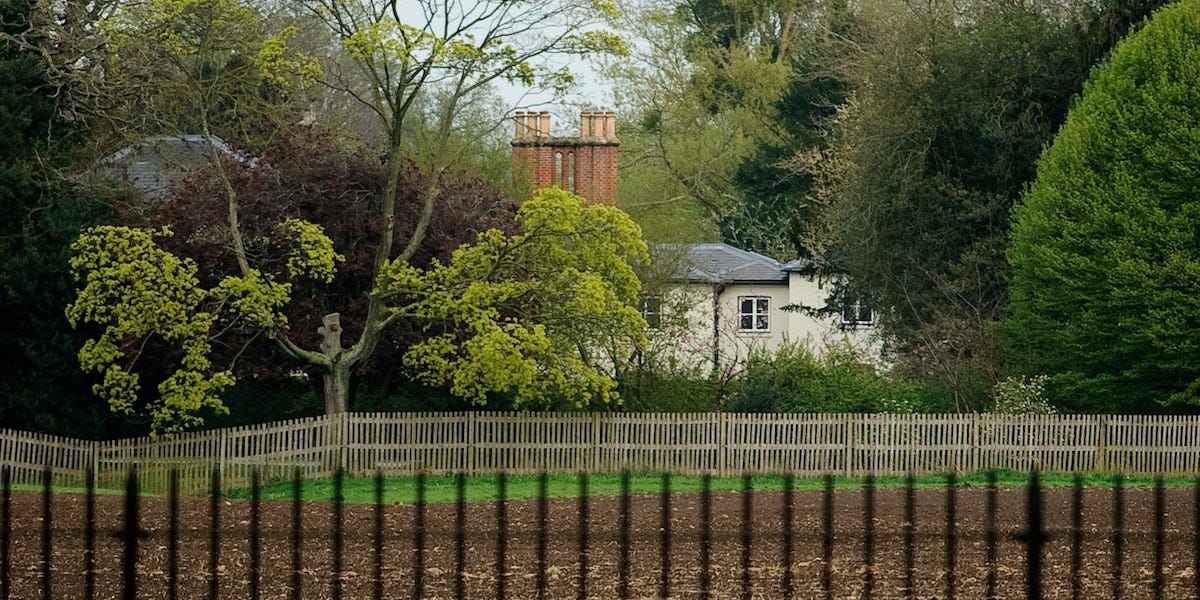 William reportedly stayed away from the “Megxit” discussions

Prince Harry and Meghan Markle began talking about having greater independence from their roles as royals, raising the issue repeatedly with the family, the authors claimed. But when those conversations made no progress, the couple made their bombshell announcement – causing the Queen to be “devastated,” the book claims.

An aide quoted in the book said that discussions on how to resign from royal duties caused a “complete headache.”

William decided not to be part of them, it said, reportedly telling a friend: “I’ve put my arm around my brother all our lives and I can’t do that anymore; we’re separate entities.”

By March this year, the pair barely seemed to interact at Harry and Meghan’s final working engagement as a royal couple, where they were seated a row apart, Insider’s Mikhaila Friel reported.