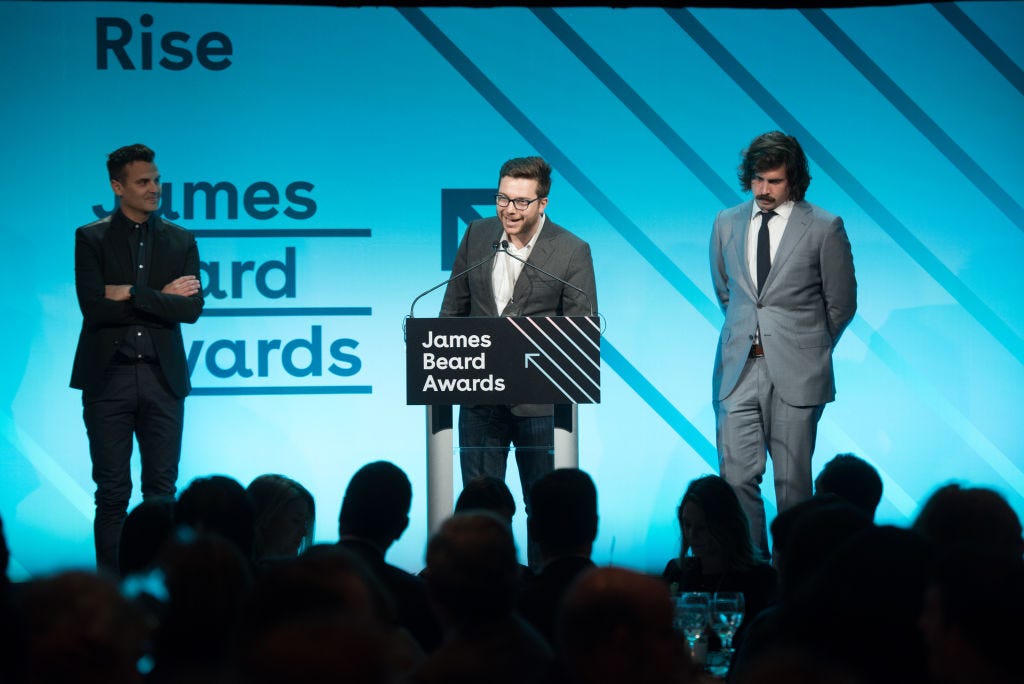 The reckoning at media giant Condé Nast continues. Just one day after the resignation of Bon Appétit Editor-in-Chief Adam Rapoport, who stepped down after a picture circulated online showing him in costume allegedly as a Puerto Rican and was followed by allegations of pay inequity, another top figure at Condé Nast is facing criticism online over unearthed tweets that mock people of colour and the gay community.

According to screenshots of tweets unearthed on Tuesday, Matt Duckor, a vice president at Condé Nast who previously oversaw the publisher’s video content, said that “working out is so gay” and that appeared to joke that there were “black people and Asian same-sex couples” in the Harlem neighbourhood of Manhattan. He also said that someone was “gay” for singing along to a John Mayer song.

The screenshots of four tweets were shared by Noah Adams, who started a petition calling for “an independent outside investigation into racial inequality” at Condé Nast. Adams told Insider that he is not a current or former employee of the company.

Duckor, who is now the head of programming for lifestyle and style at Condé Nast, apologised for the tweets in a statement on Tuesday afternoon, writing that they were over 10 years old. “My words were inappropriate and hurtful. At the time, I thought I was making a joke -but even my 20 year-old self should have seen that the remarks weren’t remotely funny,” he said on Twitter. “I’m ashamed and I realise that I’ve cast doubt on my present day values, and weakened the voice behind my calls for systemic change and inclusivity for BIPOC and LGBTQ+ employees.”

Duckor added that was “taking the necessary steps to make change and I’m sorry to those I’ve let down.” When reached for comment, a Condé Nast representative directed Insider to Ducker’s tweet thread on his behalf.

Bon Appétit and its owner Condé Nast have been met with a storm of allegations of racism and pay inequity and criticism over hiring practices, particularly among people of colour appearing in the popular BA Test Kitchen video series.

Bon Appétit Assistant Food Editor Sohla El-Waylly said in Instagram stories on Monday that the image of Rapoport’s brown face costume was “just a symptom of the systematic racism that runs rampant within the CondeNast as a whole.” El-Waylly said that she’d “been pushed in front of video as a display of diversity” and alleged that the company didn’t pay nonwhite editors for video appearances. “None of the people of colour have been compensated,” she said.

Condé Nast denied those allegations in a statement provided to Variety, and a spokesperson told Insider that the company is “dedicated to creating a diverse, inclusive and equitable workplace.”

In case you’ve missed it: Not only is Sohla one of the only front facing Bon Appetit editors to denounce EIC Adam Rapoport doing brown face, apparently only white BA editors are paid for their video appearances. Here’s her Instagram story just now pic.twitter.com/h0uPMlJYHN

Read More: Bon Appétit’s editor in chief just resigned – but staffers of colour say there’s a ‘toxic’ culture of microaggressions and exclusion that runs far deeper than one man

Current and former employees of Condé Nast voiced support for El-Waylly online. Alex Lau, a former photographer at Bon Appétit, said in a tweet that one of the “main reasons” he left the company was because “white leadership refused to make changes that my BIPOC coworkers and I constantly pushed for.”

In an Instagram story apology that preceded Tuesday’s apology, Duckor said he was disturbed by the actions of Rapoport and said that the company “needs to change” its payment scheme for people who appear in videos.

Bon Appétit’s controversy comes as the entire media industry reckons with its mistakes, as racism and police brutality protests sparked by George Floyd’s murder continue to sweep the world. In addition to Rapoport, multiple top editors at major publications, including The New York Times, Variety, Refinery29, and The Philadelphia Inquirer, have stepped down in the last week. As Vanity Fair reported, “a new wave of reporters is standing up to the industry’s old guard and unabashedly crossing the Rubicon-and they’re winning.”

In a post on Wednesday, the Bon Appétit and Epicurious staff responded to the allegations. “We have been complicit with a culture we don’t agree with and are committed to change. Our mastheads have been far too white for far too long,” the post said. “We have been seriously discussing what change can look like at BA and Epi and what we need to do to make it an inclusive, just, and equitable place.”