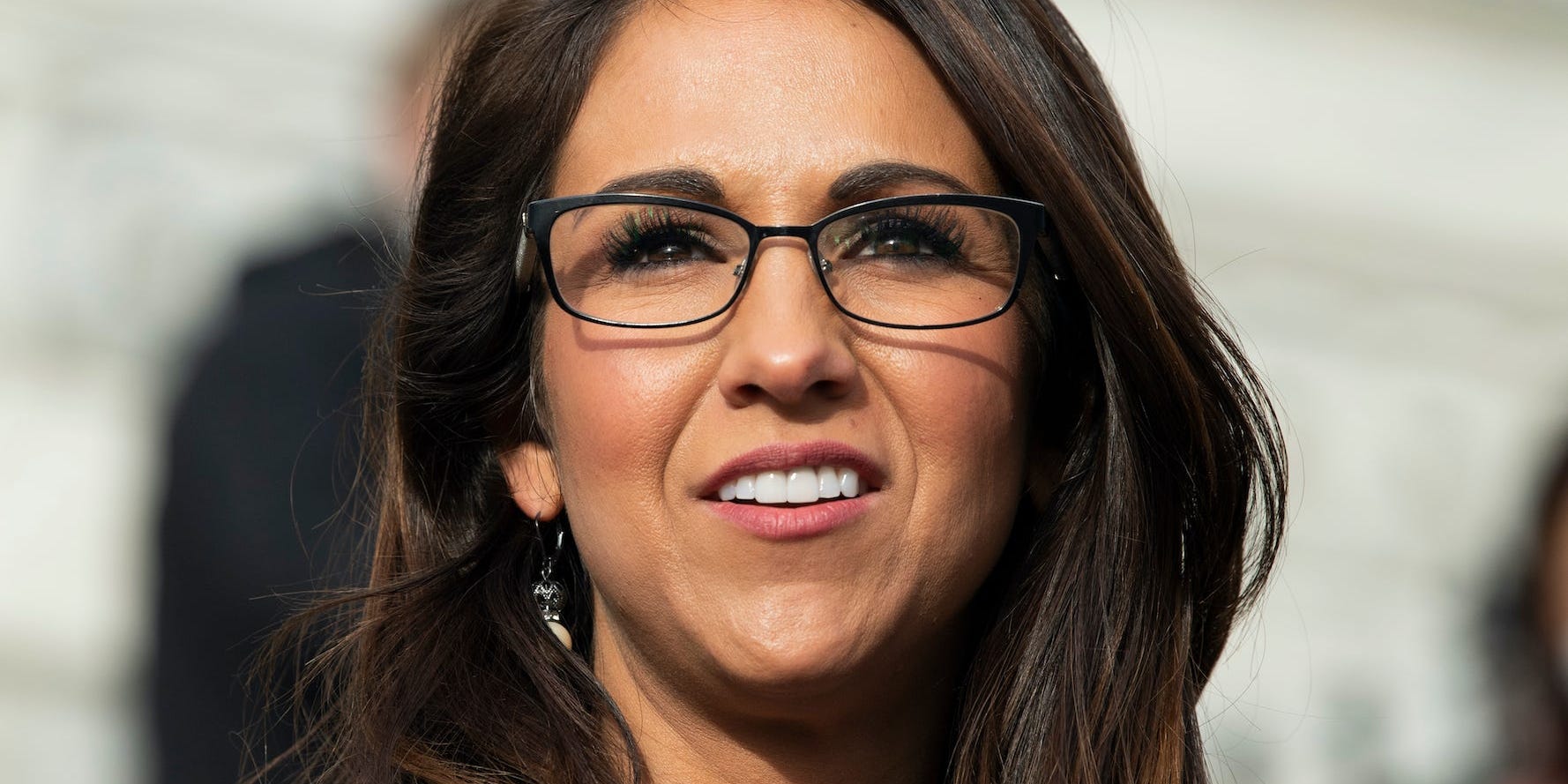 Tom Williams/CQ-Roll Call, Inc via Getty ImagesRep. Lauren Boebert (R-Colorado) on the House steps of the Capitol on Monday, January 4, 2021.

Freshman GOP Rep. Lauren Boebert of Colorado has made headlines as a vocal and provocative defender of gun rights, but on Friday she was slammed by Twitter users for bungling a basic civics lesson.

Boebert, a self-professed champion of Constitutional rights, tweeted that “protecting and defending the Constitution doesn’t mean trying to rewrite the parts you don’t like.”

Protecting and defending the Constitution doesn’t mean trying to rewrite the parts you don’t like.

Her statement belies the fact that the document has changed and expanded multiple times, hence the additional amendments.

The Constitution, which was written in 1787, established America’s national government and fundamental laws. It was ratified by nine of the original 13 states in 1788.

The blowback was swift.

Charlotte Clymer, the director of communications at Catholics for Choice, called out Boebert for her lack of knowledge about women’s suffrage.

“Lauren Boebert is a member of Congress and doesn’t understand that we have literally rewritten/revised the Constitution 27 times to do things like abolish slavery and, you know, extend the right to vote and run for office to women … like Lauren Boebert,” she tweeted.

Lauren Boebert is a member of Congress and doesn't understand that we have literally rewritten/revised the Constitution 27 times to do things like abolish slavery and, you know, extend the right to vote and run for office to women… like Lauren Boebert. https://t.co/PuxrFJuJuG

Former South Carolina Democratic state Rep. Bakari Sellers made a reference to the television game show “Jeopardy,” tweeting “What are amendments for $US200?”

The GOP congresswoman, who has expressed support for the QAnon conspiracy theory while denying that she is a follower, has previously gone viral for her pro-gun political statements, including the release of an ad where she indicated that she would carry her handgun on the Capitol grounds.

During a virtual meeting this week, Boebert sported a backdrop with multiple firearms while the House Natural Resources Committee debated a proposed rule to ban firearms in its hearing room.

Boebert ridiculed the move, even calling for Democratic Rep. RaÃºl Grijalva of Arizona, the committee chair, to issue a personal security detail for her if she couldn’t carry a firearm.

While members of Congress can keep firearms in their offices, they cannot bring them inside the House and Senate chambers.

“This rule is absurd and discriminative,” Boebert complained. “This is a blatant violation of our constitutional rights.”

Despite Boebert’s objections, the rule was approved by a voice vote.