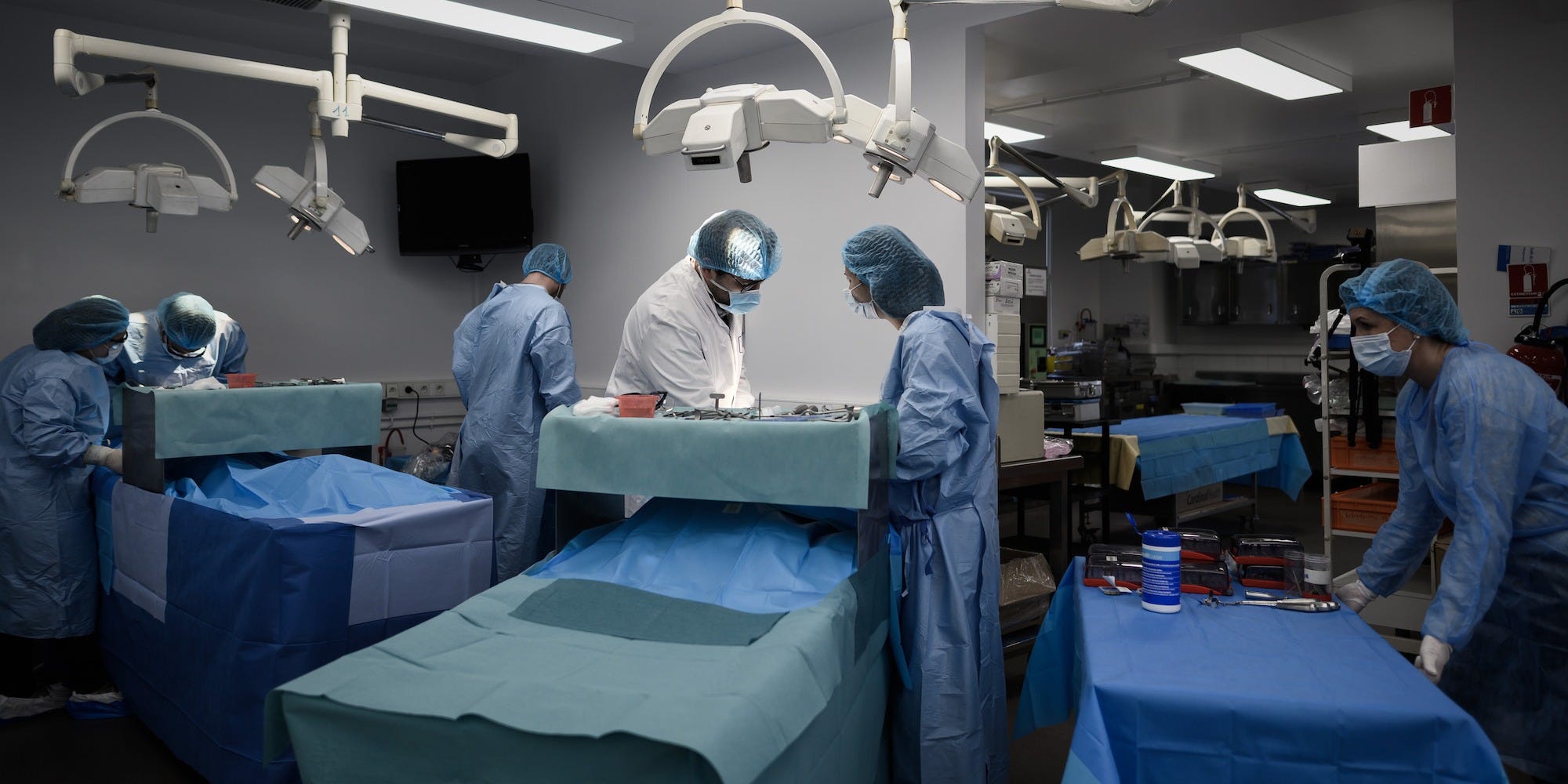 PHILIPPE LOPEZ/AFP via Getty ImagesMedical students take part in a class to practice surgery on donated corpses at the Surgical School of Paris (Ecole de Chirugie AP-HP) on June 13, 2020, in Paris

French authorities are investigating claims that bodies, donated for science to the Centre for Body Donations at Paris-Descartes University, were left to rot and were eaten by rats, the Guardian reported.

According to the BBC, the French newspaper L’Express first reported about the conditions in November 2019, writing that for over a decade thousands of bodies were “left to decay in unsanitary conditions.”

L’Express found that dozens of bodies were stored “nude, decomposing, piled up on gurneys, with their eyes wide open.”

According to the Guardian, prosecutors handed the investigation over to magistrates, who have broader power to investigate.

“This is very good news,” Frederic Douchez, a lawyer for families who pressed charges, said of the investigation of the case, according to the Guardian. Around 80 complaints about the situation have been made.

Back in November, the university admitted that the centre did not meet expectations for “societal demands for respect for dignity,” the BBC reported.