The bloated, decaying bodies of COVID victims are washing up on the banks of India's Ganges River 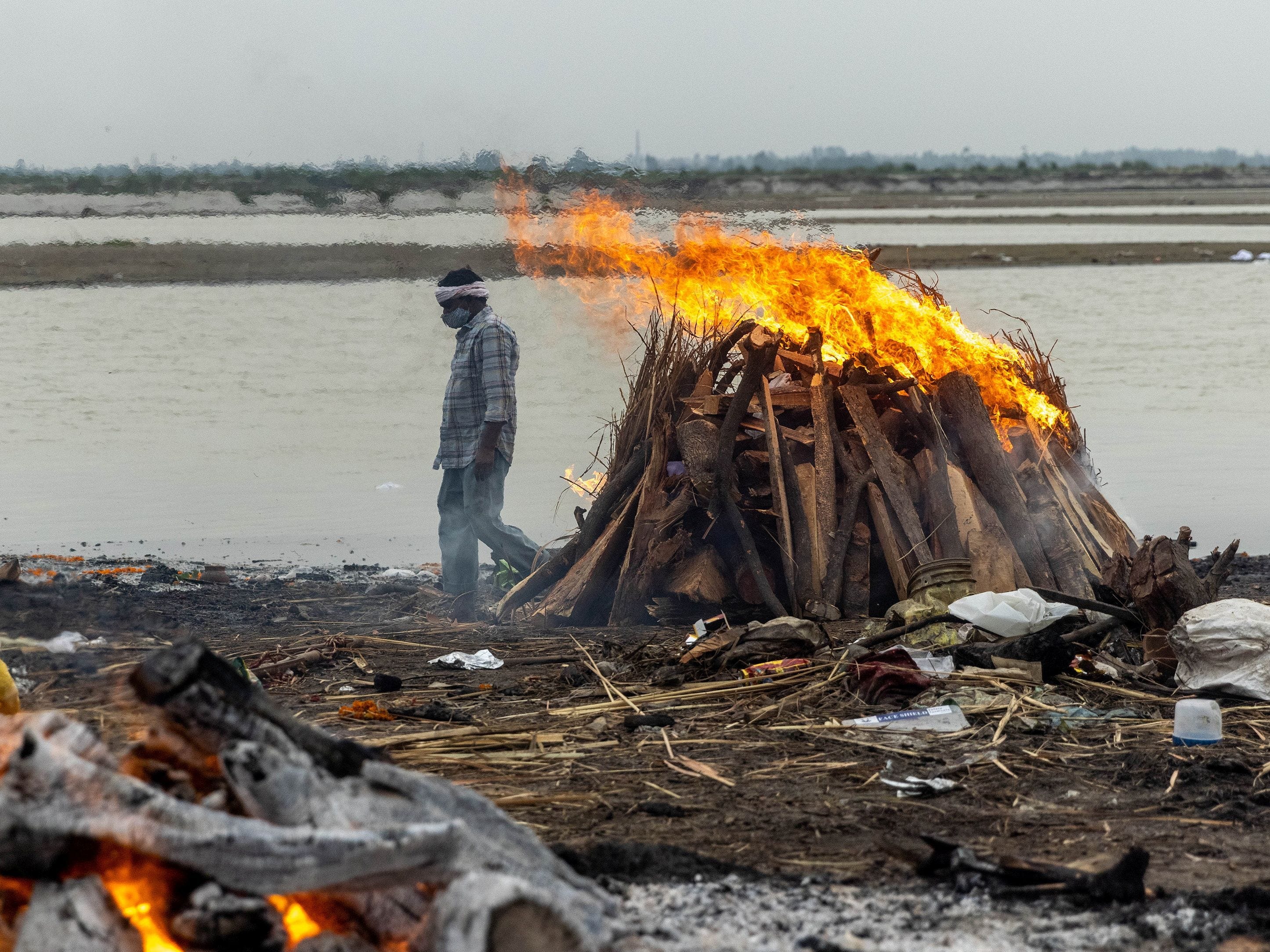 Danish Siddiqui/ReutersA man walks past burning pyres with people who died from the coronavirus disease (COVID-19), on the banks of the river Ganges at Garhmukteshwar in the northern state of Uttar Pradesh, India, May 6, 2021.

The decaying bodies of COVID dead have been washing up on the banks of India’s Ganges River, say reports from local media in India.

On Monday, the BBC wrote that dozens of bodies were surfacing on the riverbanks, on a stretch of water bordering the northern Indian states of Bihar and Uttar Pradesh.

According to Al Jazeera News, residents they spoke to speculated that families were immersing the bodies into the river because they can neither find open plots in cemeteries or a crematorium to burn the corpses, nor afford to buy wood to make funeral pyres.

The Ganges is seen as a viable alternative for Indian funeral rites as the river’s waters, known as “Gangaa Jal,” are believed to have purifying powers.

“Private hospitals are looting people. Common people are not left with money to pay a priest and spend more on cremation at the river bank. They are asking 2,000 rupees (around $27) just to get the corpse out of the ambulance. The river has become their last recourse, so people are immersing corpses in the river,” a local named Chandra Mohan told the BBC.

The number of bodies pulled from the river is unconfirmed, as the local authorities have not made a tally public. But according to Indian news channel Times Now News, residents in the area said some 150 dead bodies were recovered and were likely COVID victims dumped on the riverbanks and washed downstream by the current.

The BBC confirmed that at least 40 bodies were found – with the condition of the corpses indicating that they might have been floating in the waters of the Ganges for a few days.

Indian news outlet NDTV reported that the bloated and partially-burnt bodies were found drifting in the waters near Bihar’s Buxar district, a state which neighbors Uttar Pradesh.

Uttar Pradesh is the most highly-populated state in India and home to some 200 million people. It also continues to grapple with the deadly second wave of the COVID virus that has ravaged the nation’s healthcare system – as it reported 21,331 new COVID cases on Monday.

Ashok Kumar, a local official, told the BBC the remains removed from the river would either be buried or cremated.

India has recorded over 22.7 million COVID cases and 246,000 deaths. The country is struggling to keep a massive surge in COVID infections under control as it tangles with deadly, more transmissible COVID variants – but the daily death toll has continued to rise far beyond what the country’s crematoriums can handle.