A 'blue wave' is historically better for the stock market than a 'red wave,' according to one Wall Street strategist 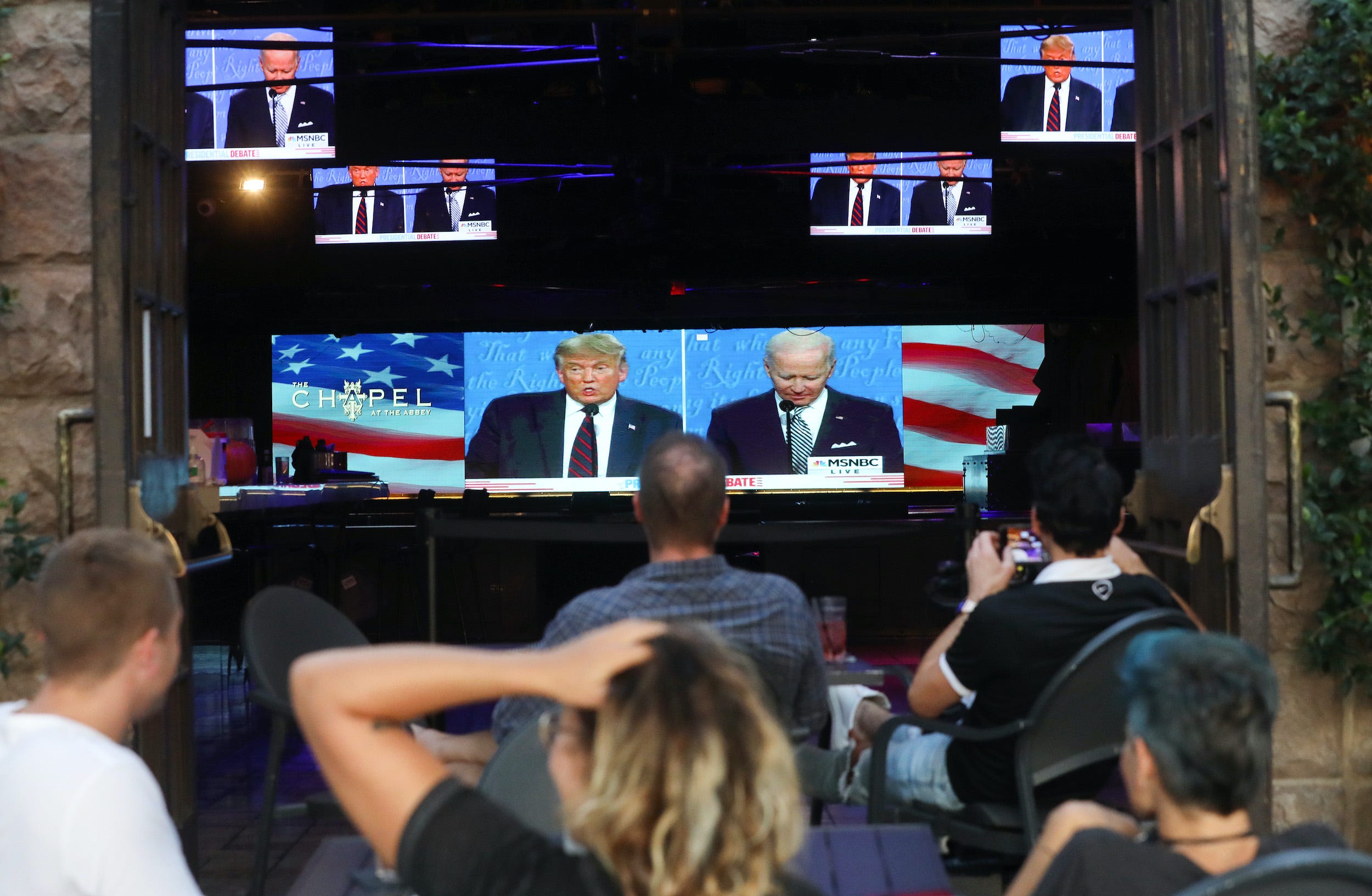 Mario Tama/Getty ImagesPeople sit and watch a broadcast of the first debate between President Donald Trump and Democratic presidential nominee Joe Biden at The Abbey, with socially distanced outdoor seating, on September 29, 2020 in West Hollywood, California.

The stock market has historically performed better under a “blue wave” government administration as opposed to a “red wave” administration, according to research by market strategist Ed Yardeni.

In a note to clients Monday, Yardeni highlighted the historical performance of the S&P 500 since the 1932 election of Franklin D. Roosevelt. In the six following periods when Democrats controlled both chambers of Congress and the White House, the benchmark US equity index returned an average of 56%.

The best “blue wave” performance came from the FDR administration, with the S&P 500 netting a return of 113%, and the worst came during the Bill Clinton administration of the early 1990’s when the index returned just 4.6%.

However, during periods of Republican control, something that’s only happened three times since 1932, Yardeni found that the S&P 500 returned an average of 35%.

Still, according to Yardeni, there’s one scenario when the market historically performed better than both a “blue wave” and “red wave” scenario: when the government was divided amongst both Republicans and Democrats.

On average, since the election of FDR, the S&P 500 returned an average of 60% when one party controlled either Congress or The White House, but not both.

The common notion is that a gridlocked government prevents less meddling of the government in business affairs, which allows businesses to do what they do best: create jobs.

Or, according to Yardeni, could it be that who occupies the White House and Congress do not matter as much to the stock market as does the Fed?

“I think so,” Yardeni concluded. 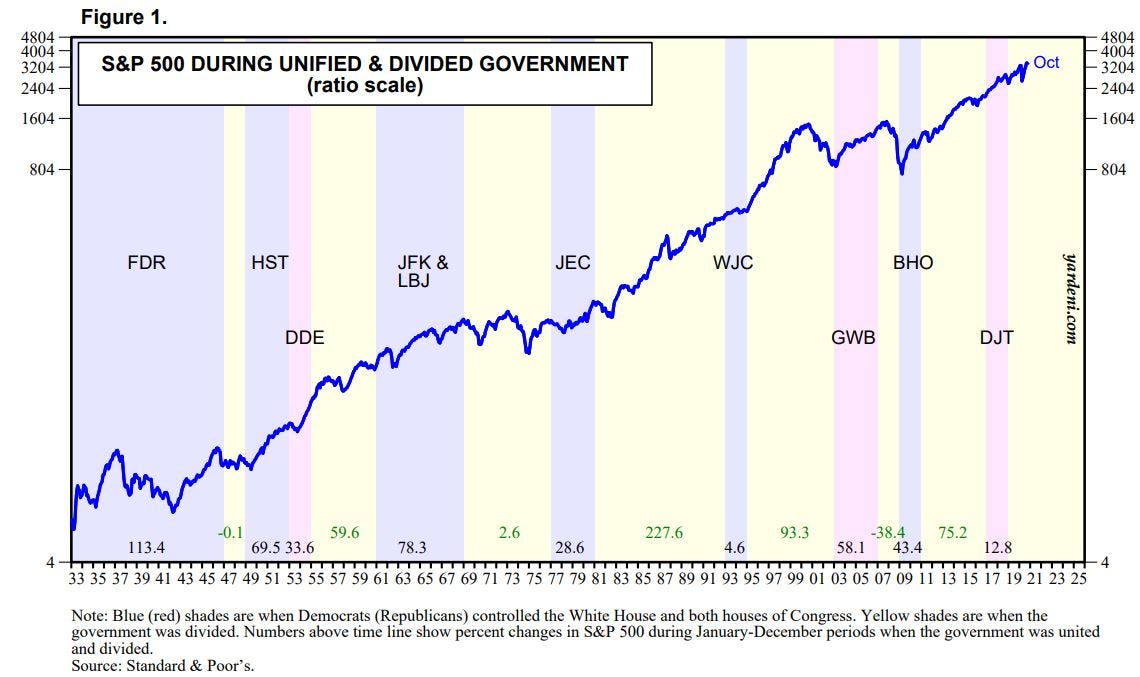