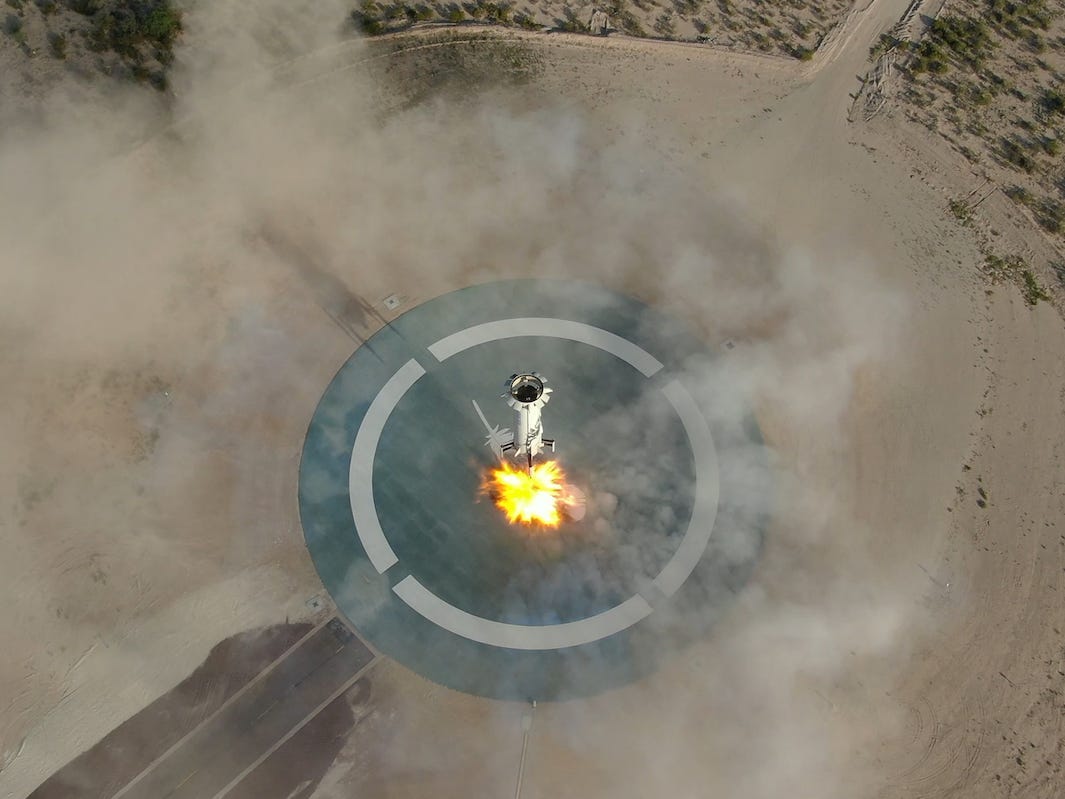 Jeff Bezos’s rocket company, Blue Origin, just launched a suite of new high-precision moon-landing technologies into space for NASA, then used those technologies to land safely back on Earth.

The company’s New Shepard rocket lifted off from a launchpad in West Texas at 8:36 a.m. CDT on Tuesday. From there, it roared about 62 miles high â€” reaching the boundary between Earth’s atmosphere and outer space â€” briefly exposing NASA’s hardware to the space environment.

The rocket booster released a capsule containing cargo for other companies, then descended back to Earth, deploying its air brakes and firing its thrusters as it approached the ground. NASA’s sensor systems, computer, and software seemed to perform as planned, gently landing the booster at Blue Origin’s facilities â€” the seventh consecutive New Shepard booster to do so.

About two minutes later, the capsule fell from orbit and plummeted toward Earth, releasing parachutes to slow its fall and land in a poof of desert dust 10 minutes and 15 seconds after launch.

NASA hopes to one day use these new landing systems to send human missions to the moon, set up a permanent base there, and eventually land astronauts on the treacherous Martian landscape.

The larger system is called SPLICE, short for Safe and Precise Landing â€” Integrated Capabilities Evolution. It’s designed to help future moon missions land with better accuracy and safety â€” no pilot required. It could even enable future spacecraft to land in boulder fields or shadowy craters that thus far have been considered too hazardous for a safe landing. That capability would open up miles of the lunar surface, along with areas on other planets like Mars. 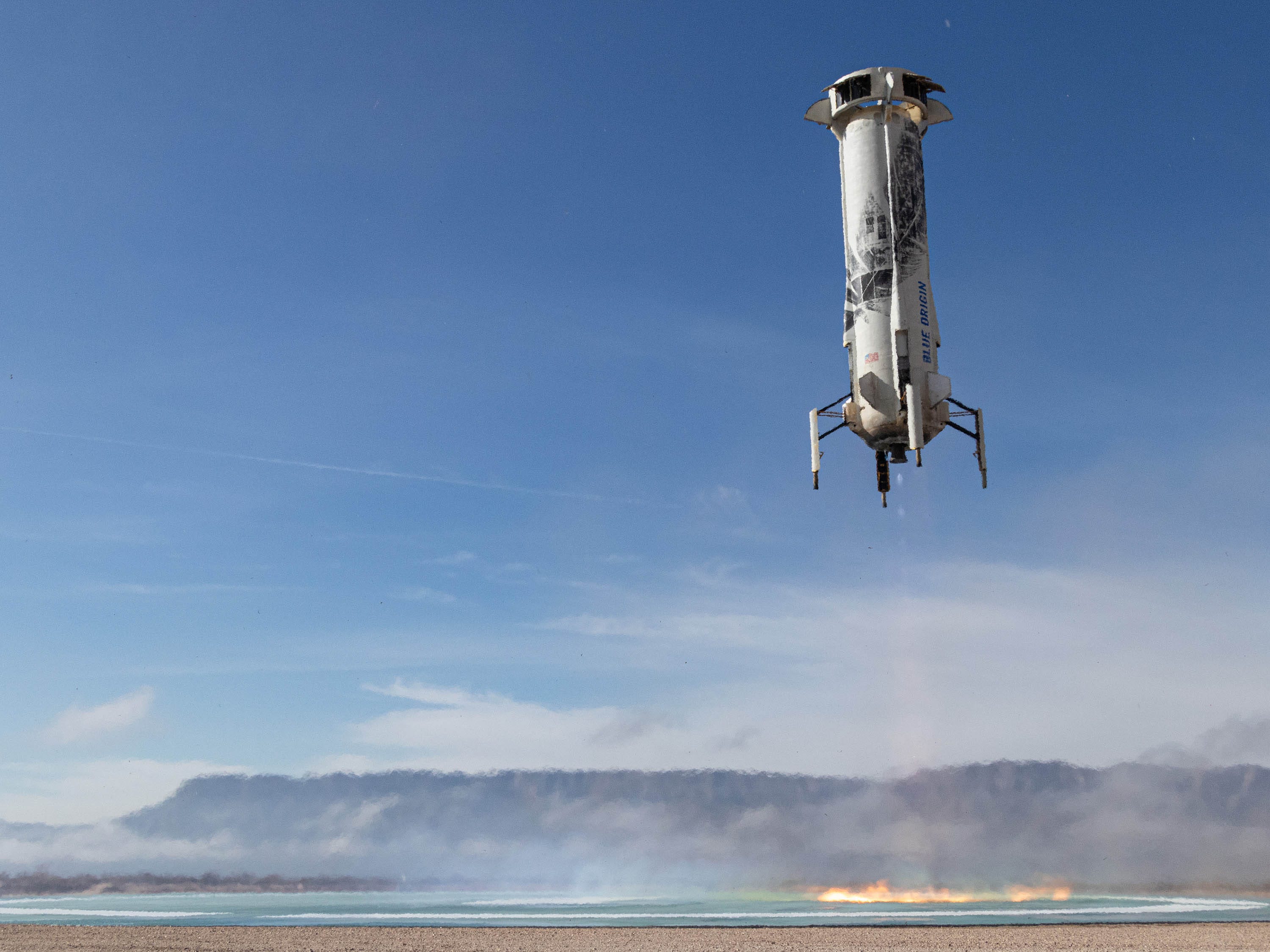 The New Shepard test flight was originally scheduled for September 24, but Blue Origin scrubbed it, citing a power-supply issue. The company also cancelled its planned second attempt the following day, saying it needed to “verify a fix on a technical issue.” 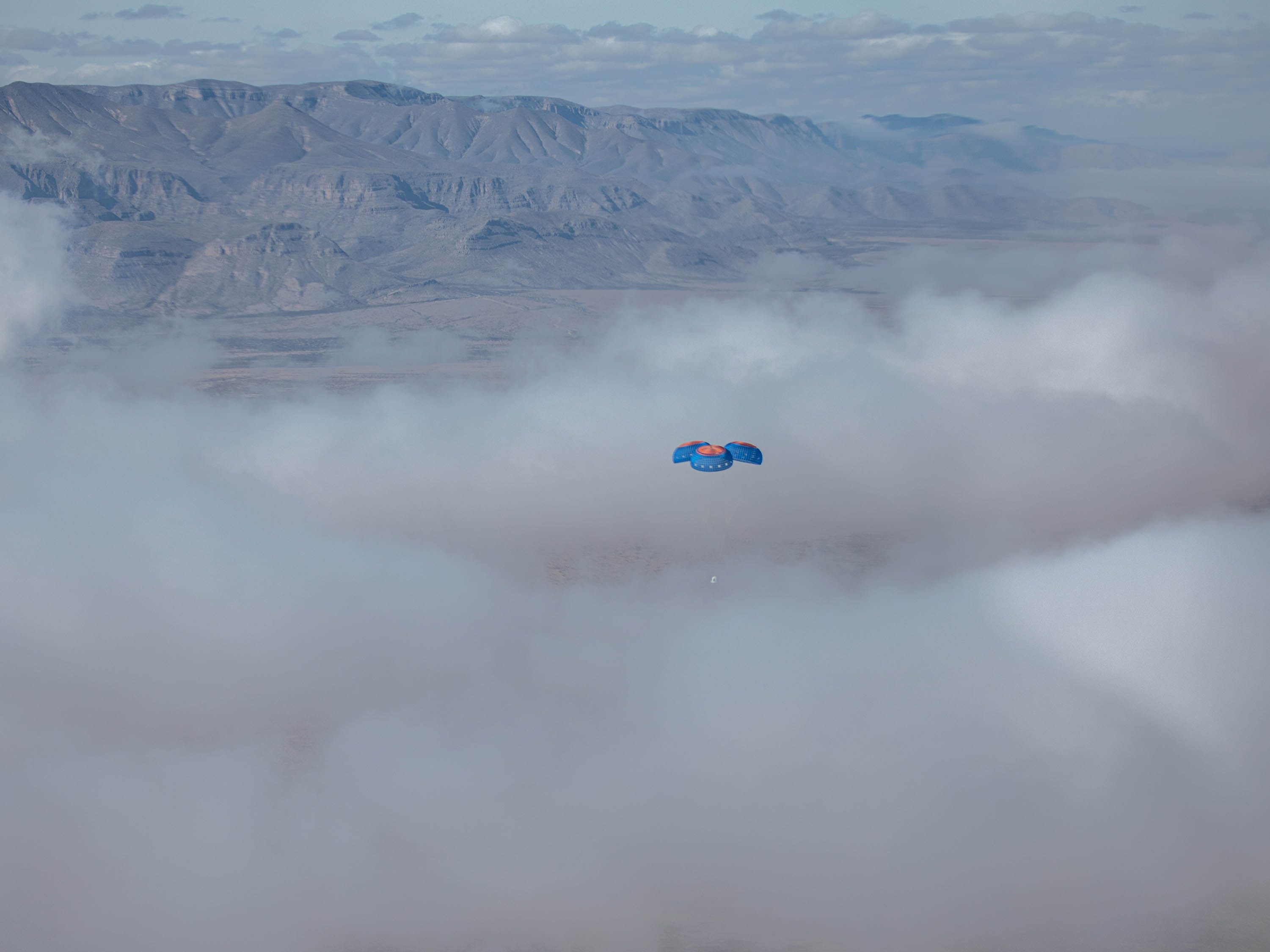 Tuesday’s launch marks the first of two flight tests that Blue Origin will conduct through NASA’s Tipping Point program, which awarded six private companies a total of $US44 million to help push next-generation technologies over the finish line. Blue Origin got $US3 million for the project that culminated in Tuesday’s test launch. The company also received $US10 million to test a propulsion system that would use ultra-cold liquid fuels to land a robot on the moon.

New sensors and computers to respond to the lunar terrain 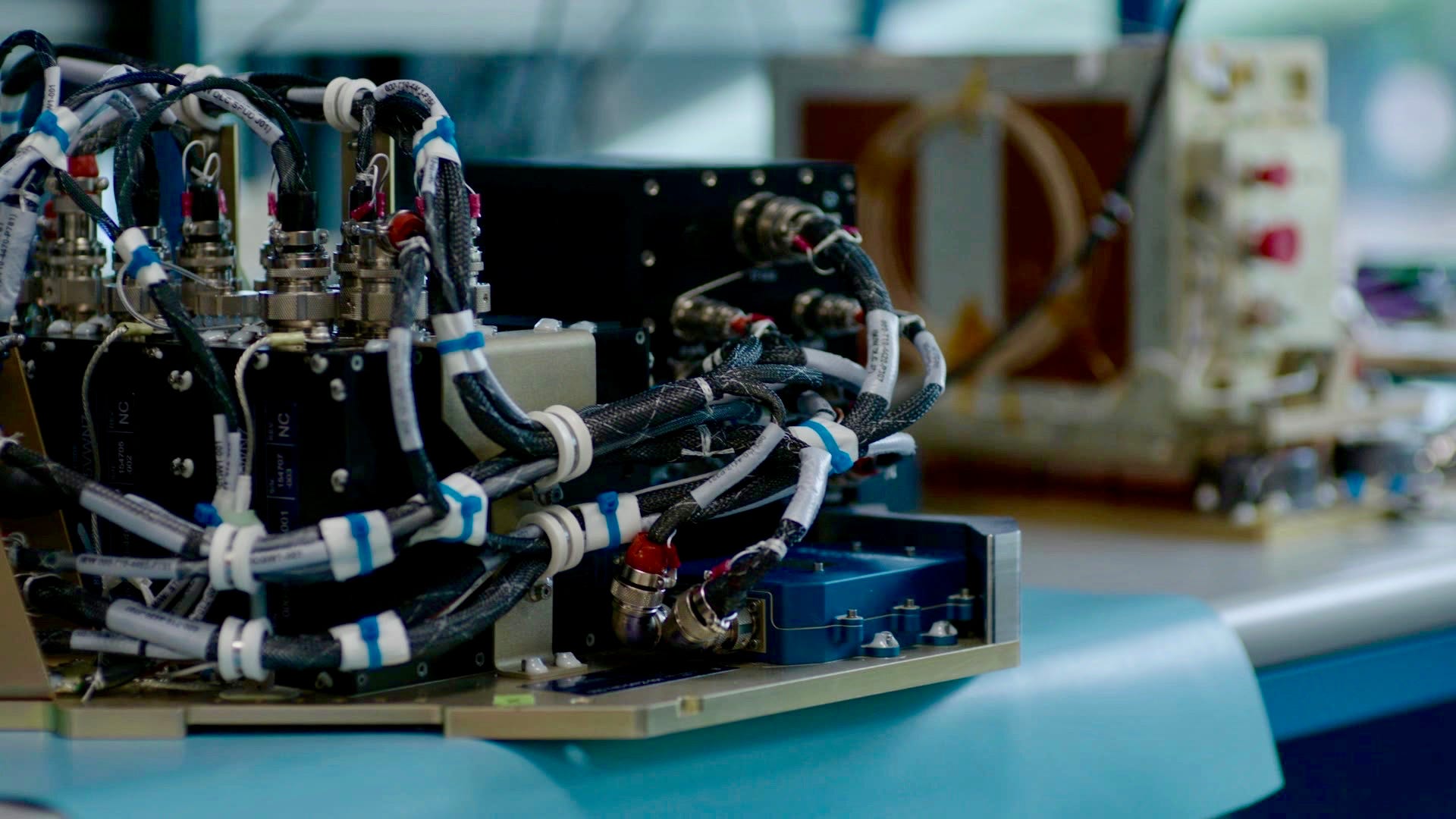 The Blue Origin flight only tested some elements of the SPLICE technology suite: two sensor systems, landing algorithms, and a new computer.

The first set of sensors is meant to help spacecraft navigate the terrain where they might land. The system could enable a moon lander to determine its exact location by comparing real-time data from its camera to a set of surface maps pre-uploaded to the computer.

The other sensor system, a Doppler lidar, is designed to beam lasers to the surface of a planet and use the returning reflections to calculate the spacecraft’s landing speed and altitude. This system is slated to fly on two commercial lunar robotic missions in 2021, including the lander that will carry NASA’s new rover to the moon â€” the first such landing since the Apollo program ended in 1972. 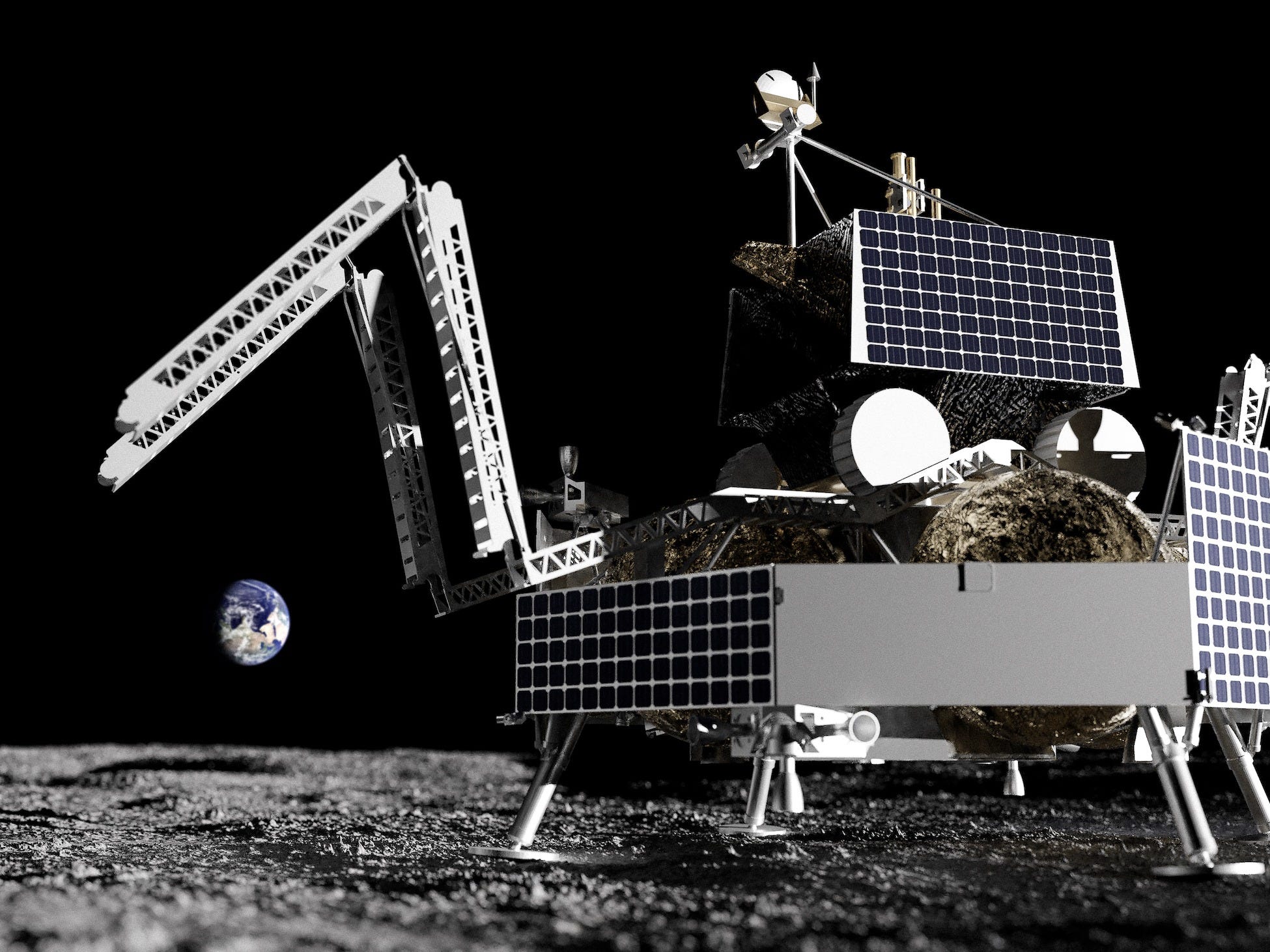 NASA designed the new technologies so they could work together or separately, allowing the agency to pick and choose the elements required for particular missions. The Blue Origin flight tested how the elements work together in a new spacecraft.

“The sensor data is all processed via the descent and landing computer,” Carson said. “Lots of other software runs in the background, integrating the different systems, figuring out what needs to run next, and, for this test, synchronizing timing with the Blue Origin flight computer. It’s all crucial so the system can run autonomously and provide us with data that we can analyse post-flight.”

NASA plans to trial a third sensor system â€” which would scan the surface of a planet to detect hazards and choose safer landing spots â€” in future testing.