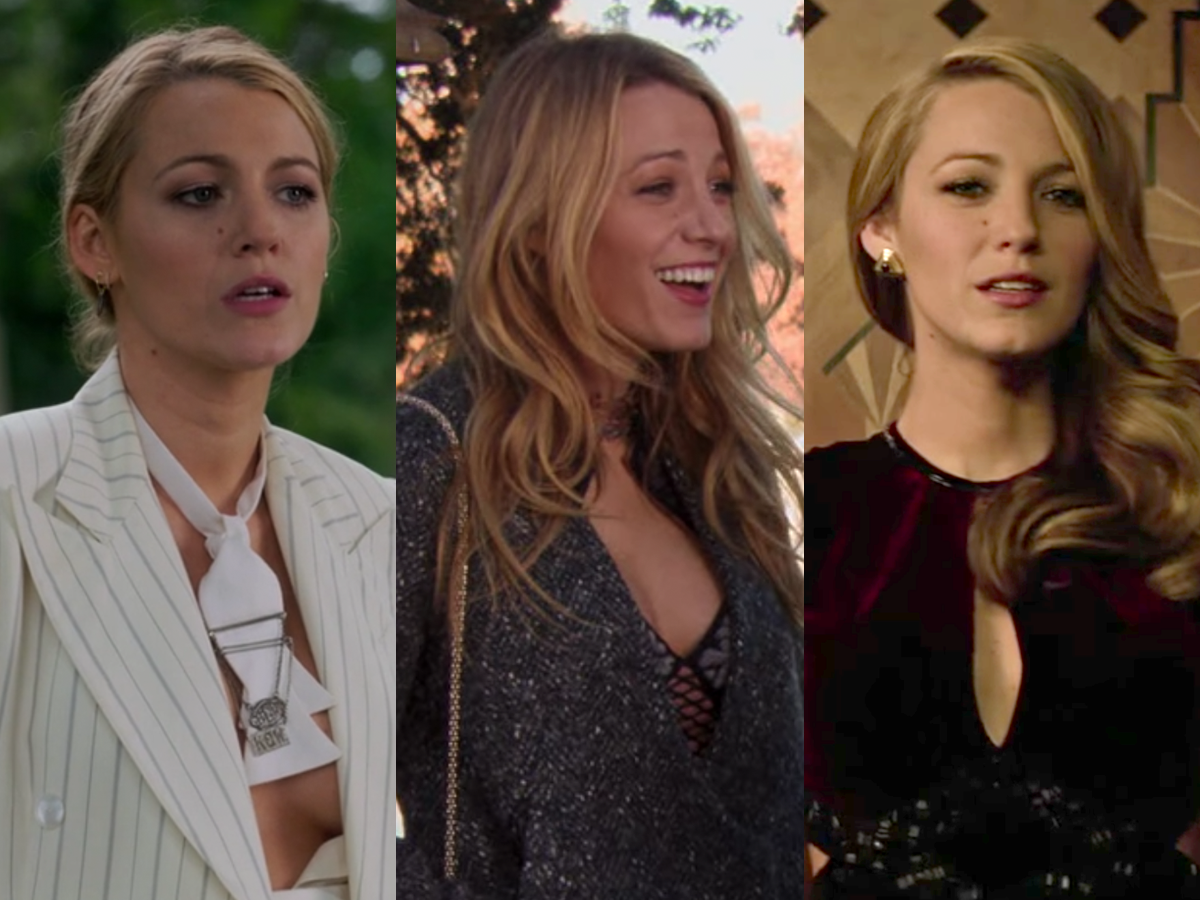 Blake Lively got her start on The CW’s “Gossip Girl,” a show that was as memorable for its fashion as it was for its drama.

After her big break, Lively found a niche in period pieces and other films where costuming was at the forefront, and, reportedly, she’s been involved in designing the wardrobe for some of her on-screen characters.

Here are some of Lively’s most iconic outfits from her successful career on the screen.

Lively’s “Gossip Girl” run was all about outerwear. The CWSerena van der Woodsen had great taste in coats.

There are hundreds of covetable outfits from “Gossip Girl,” but one thing that set Lively’s character apart was her cold-weather wear.

She never just threw on a hoodie or a sweater, instead, she had a closet full of colourful and well-tailored trench and wool coats – making all of her winter looks even more chic.

She even rocked red-carpet looks on “Gossip Girl.” 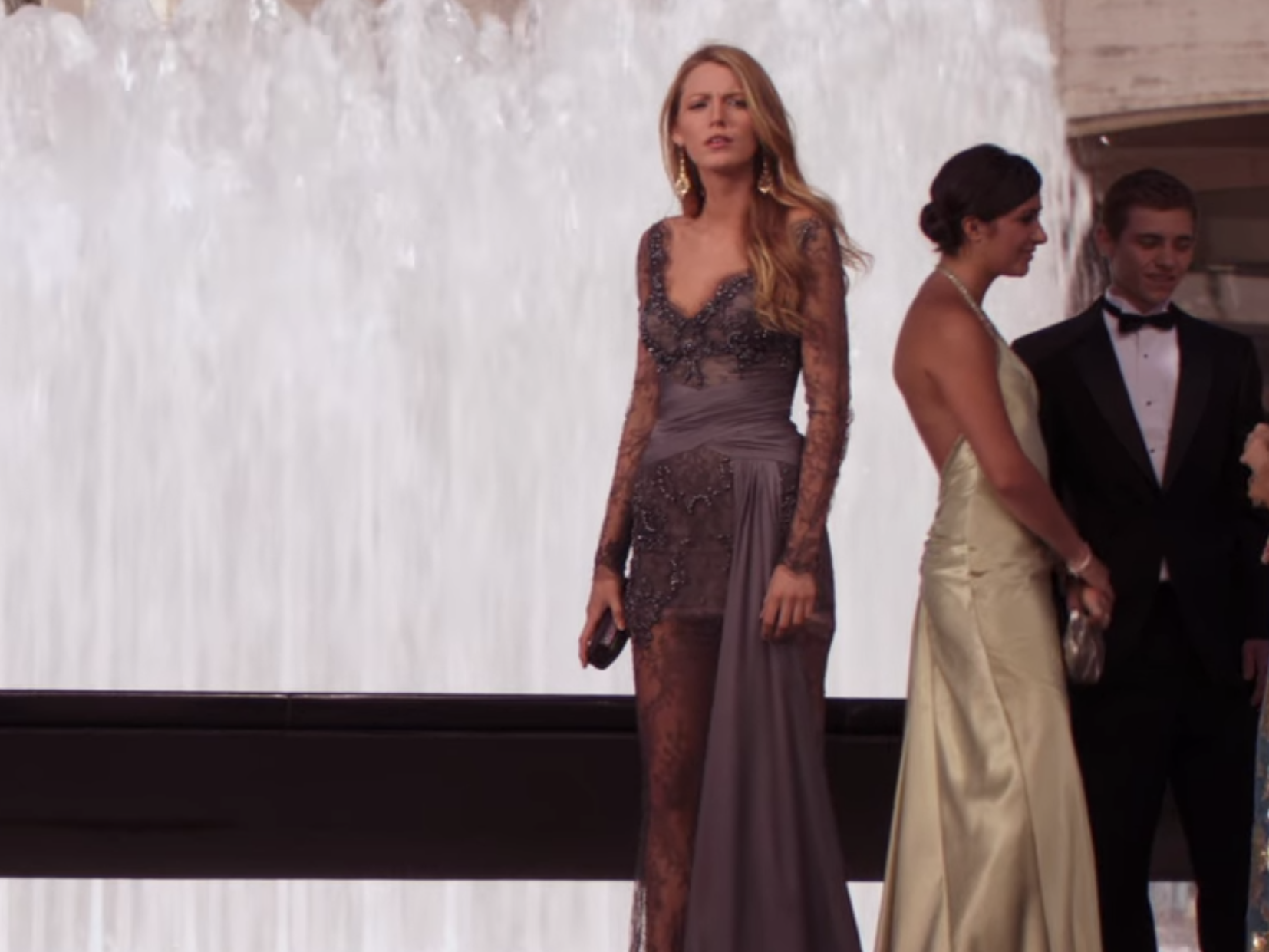 The CWSerena van der Woodsen had a designer-worthy style.

This Zuhair Murad gown from a season-four episode of “Gossip Girl” is fit for an award show.

Murad gowns are a red-carpet staple and have been worn by celebrities like Jennifer Lopez, Chrissy Teigen, and Lily Collins.

Lively wore the evening gown in a scene filmed outside of the Lincoln Centre in Manhattan.

It would be a mistake not to include Serena’s lavish wedding gown on the list. The CWBlake Lively wore a gold wedding dress on the season finale of ‘Gossip Girl.’

One month after Lively’s real-life nuptials to actor Ryan Reynolds, she was spotted on the set of “Gossip Girl” in this Georges Chakra Couture wedding gown.

Much like Serena’s style throughout the show, the gold wedding dress was classy and expensive-looking.

Lively’s velvet evening gown in “The Age of Adaline” was luxurious. 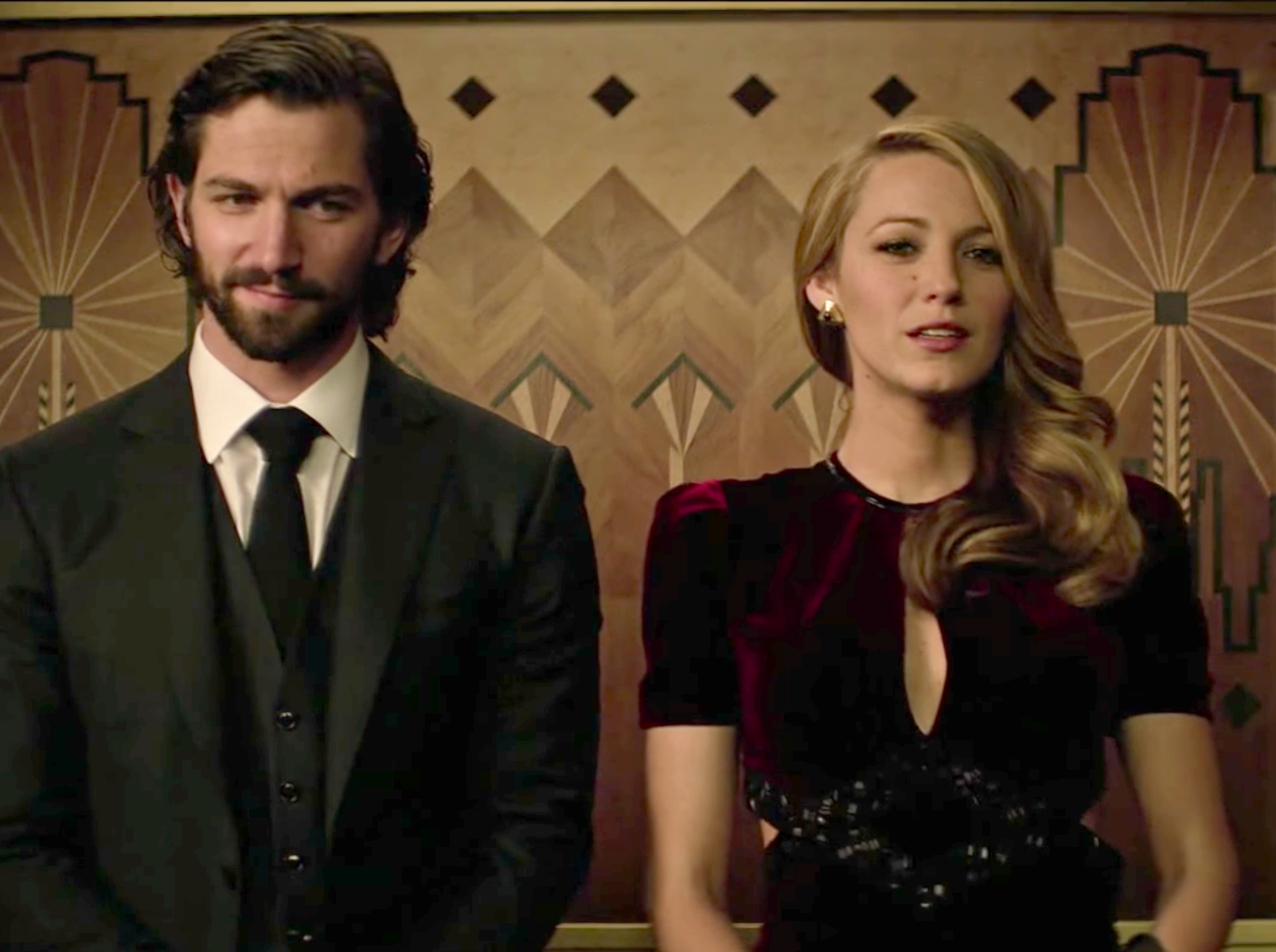 In “The Age of Adaline,” Lively played a woman who is destined to live forever as a 29-year-old.

Her character wears this burgundy velvet gown for a New Year’s Eve party in both 1945 and 2014, proving the style is truly timeless.

She stunned in this custom Gucci gown. 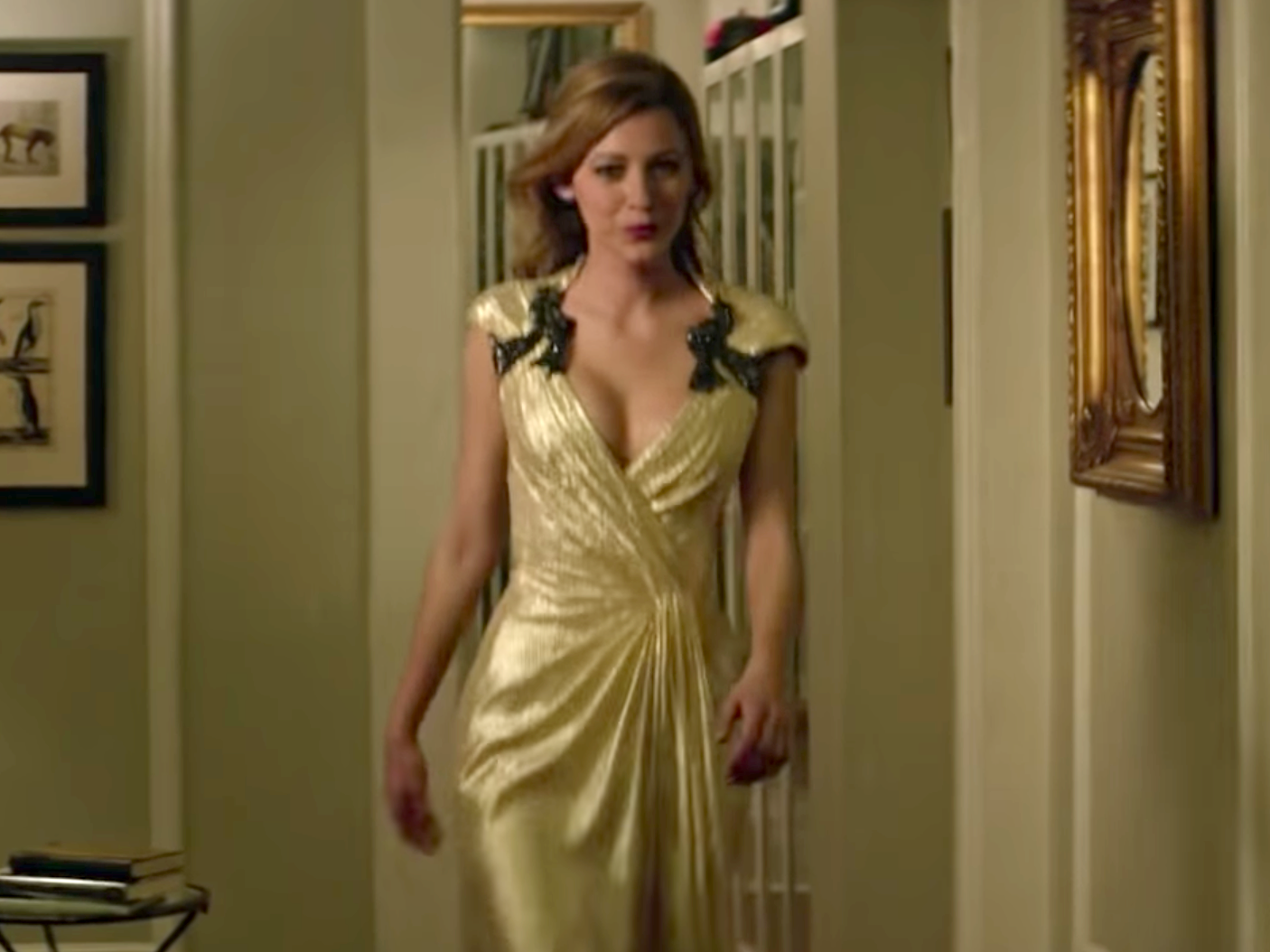 LionsgateBlake Lively got to wear a custom Gucci dress in ‘The Age of Adaline.’

The entirety of “The Age of Adaline” is a costumer’s dream, but this custom, Grecian-inspired Gucci gown that Lively’s character wears in the final scene is truly iconic.

The film’s costume designer Angus Strathie told Entertainment Weekly in 2016 that on-camera style is less about fashion and more about the character.

“… It’s very much about choosing the clothes – not necessarily the most amazing, or the most expensive, or the most glamorous, but what’s actually going to serve a scene and serve her character the best,” he said in reference to Lively’s costumes in the film.

Lively has clearly found her niche in period pieces. 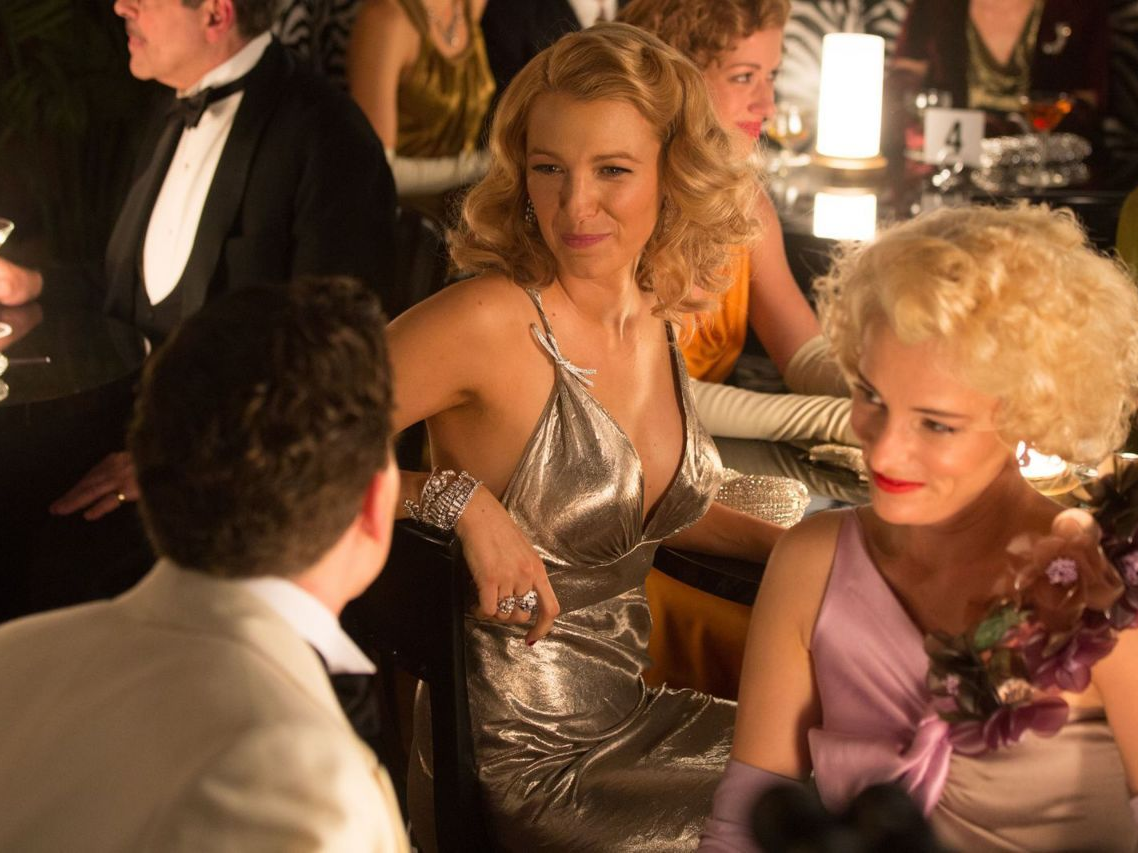 Gravier ProductionThis silver dress from ‘Café Society’ was actually made of silver.

In the 2016 film “Café Society,” Lively played a glamorous woman in 1930s New York, and the fabric of the silver dress she wore in one of the film’s party scenes was made with actual silver.

“Over the years I collect fabric and keep it in case we need something for a film,” costume designer Suzy Benzinger told The Telegraph. “I had thought ‘who can wear a dress like this and carry it off?’ but when we put it on [Lively’s] body it was like ‘forget it, like I’ve saved it for her alone.'”

Lively’s menswear-inspired looks in “A Simple Favour” made a statement. Lively played a mysterious woman with an all-consuming career in “A Simple Favour,” and she had the wardrobe to match.

Throughout the film the character wears several variations on a three-piece suit, complete with gloves, bow ties, and pocket watches.

The character made a few bold fashion choices with the vintage suits. It was actually Lively’s idea to dress her character in pantsuits, which were vintage Ralph Lauren, in “A Simple Favour.”

“… She really came to me and said I think I should be in pantsuits, and it was sort of an open door from there. She wanted to brand herself, was the term she used, and to be recognisable,” costume designer Renée Ehrlich Kalfus told CR Fashion Book.

She continued, “We went to Paul [Feig], the director, and asked how do you feel about pantsuits? Paul wears an elegant ’50s suit every day and Blake and I thought at the same time ‘Oh my God, she should dress like Paul.'”

However, she also pulled off a vintage housewife look in the film. 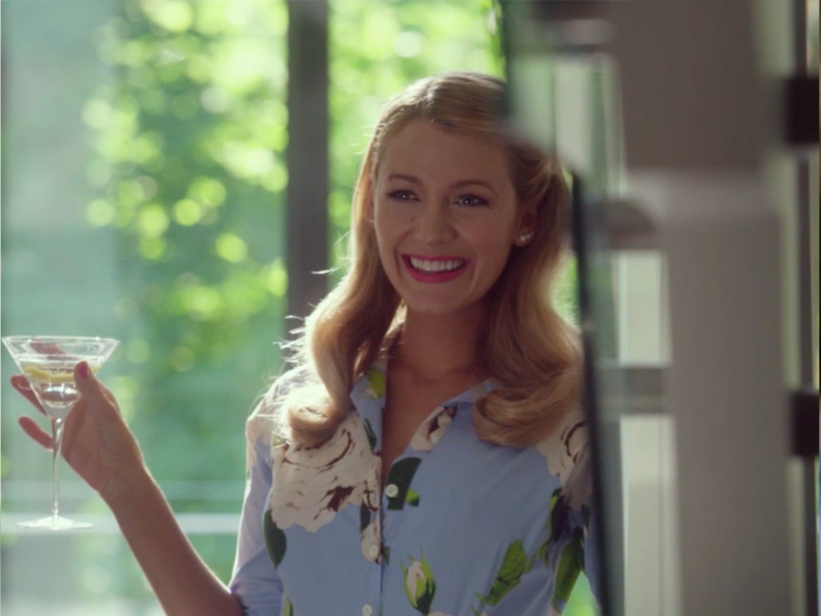 LionsgateBlake Lively switched from menswear suits to feminine day dresses in the film.

As the twists and turns in “A Simple Favour” unfolded, so did more of Lively’s on-screen wardrobe choices.

We can’t forget the jeans from “The Sisterhood of the Travelling Pants.” 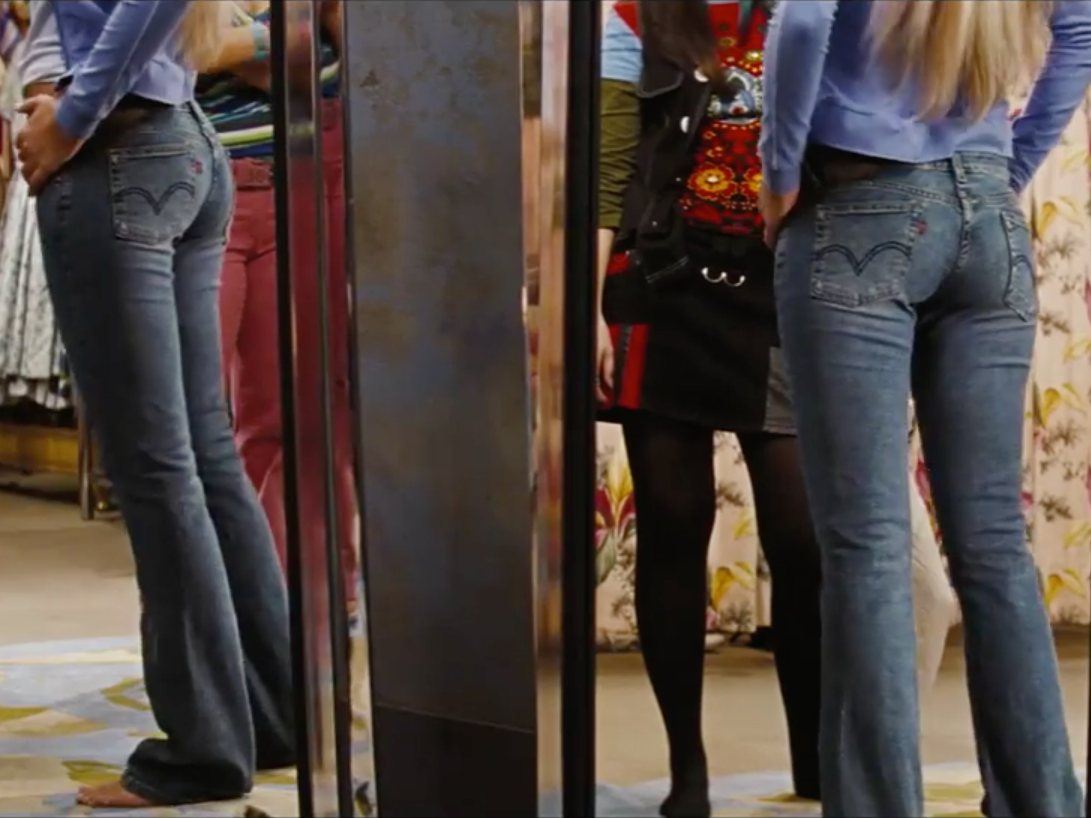 Thanks in part to the film’s four iconic actresses, “The Sisterhood of the Travelling Pants” made boot-cut jeans popular in 2005.

Hopefully, we’ll see more of “the pants” soon since a third instalment is reportedly in the works. 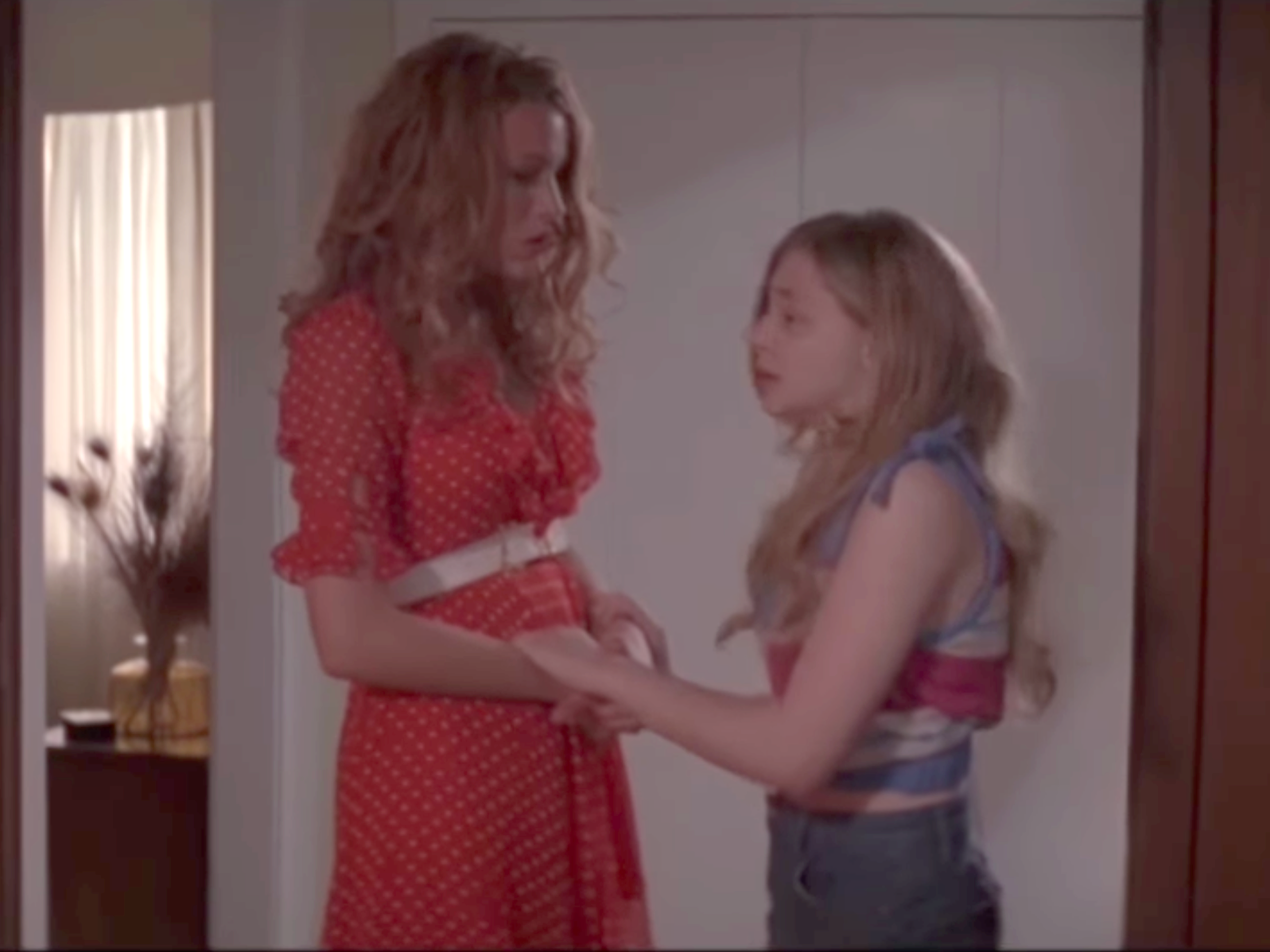 The actress dyed her hair red for her part in “Hick,” proving her hair colour is just as versatile as her style.

Though this character was not as glamorous as some of her other roles, her red-toned wardrobe was Southern chic. 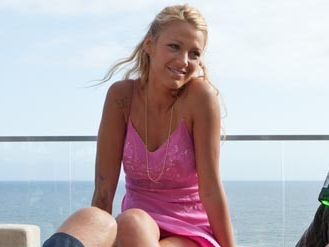 Universal StudiosBlake Lively’s style in ‘Savages’ was light and breezy compared to the plot.

Her wardrobe in the film was all flowing dresses, flip-flops, and resort wear. But her laid-back vacation wardrobe was juxtaposed against the violent tone of the film.

Lively’s hair transformations in “The Rhythm Section” shocked many fans. 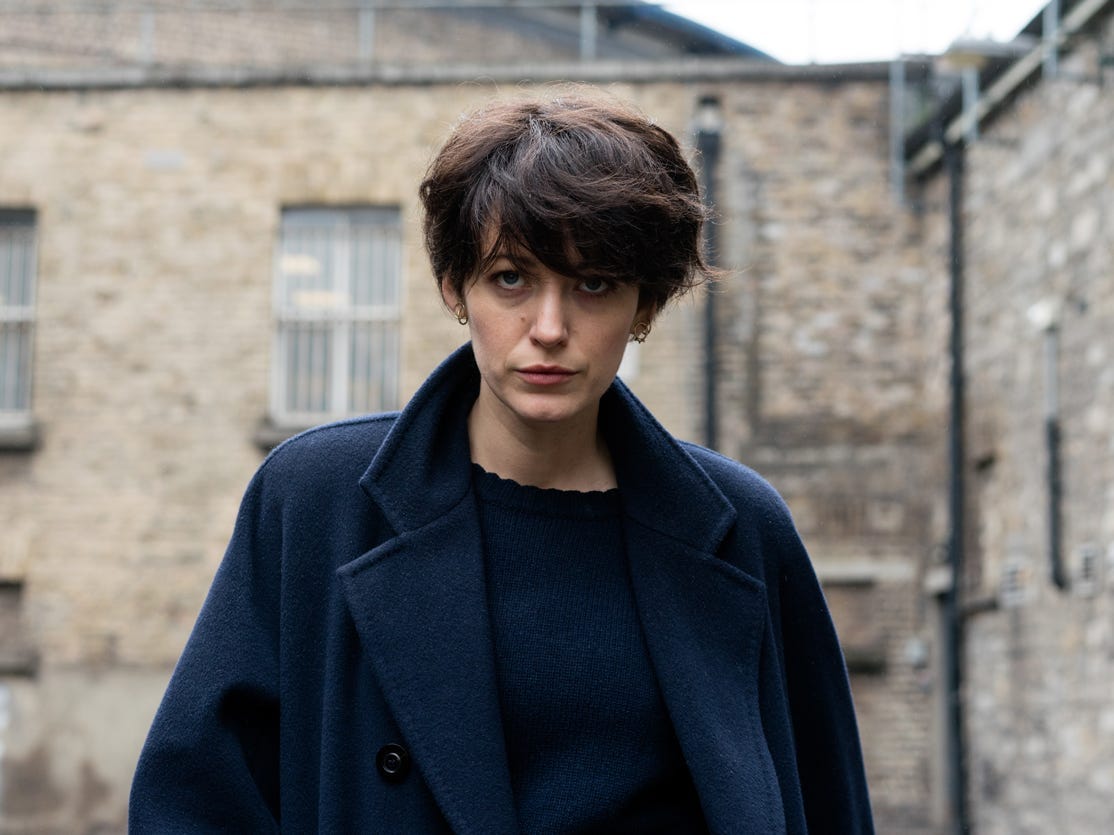 Paramount PicturesBlake Lively wore many wigs in ‘The Rhythm Section.’

In the 2020 thriller “The Rhythm Section,” Lively’s character transforms several times with different wigs and styles to fulfil missions as an undercover assassin.

The film’s costume designer, Siân Grigg, told Glamour that all of the looks, especially the wigs, were incredibly important for making Lively’s character come to life.

“We still wanted [the wigs] to look good, because she was obviously a smart girl and would not put something on her head that looked ridiculous,” she said. “But, also, we had to play that line that it’s a wig she’s bought in a shop.”