Blake Lively and Ryan Reynolds have been together for nearly a decade. Here's a timeline of their relationship. 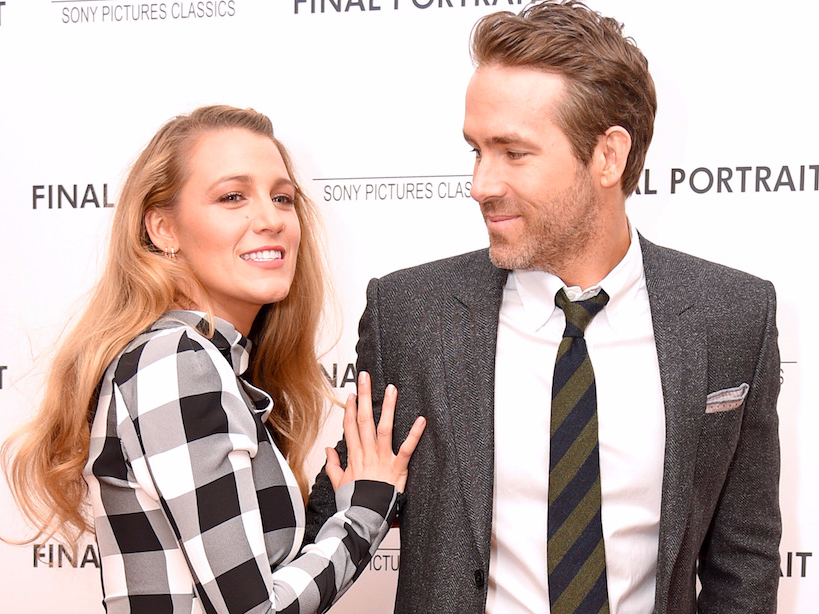 Michael Loccisano/Getty ImagesThe couple has been together for almost a decade.

For almost a decade now, Blake Lively and Ryan Reynolds have been a Hollywood power couple. Between their chic red-carpet appearances and their social-media jokes about each other, they’re constantly making headlines.

July 2010: Lively and Reynolds met on the set of “Green Lantern.” 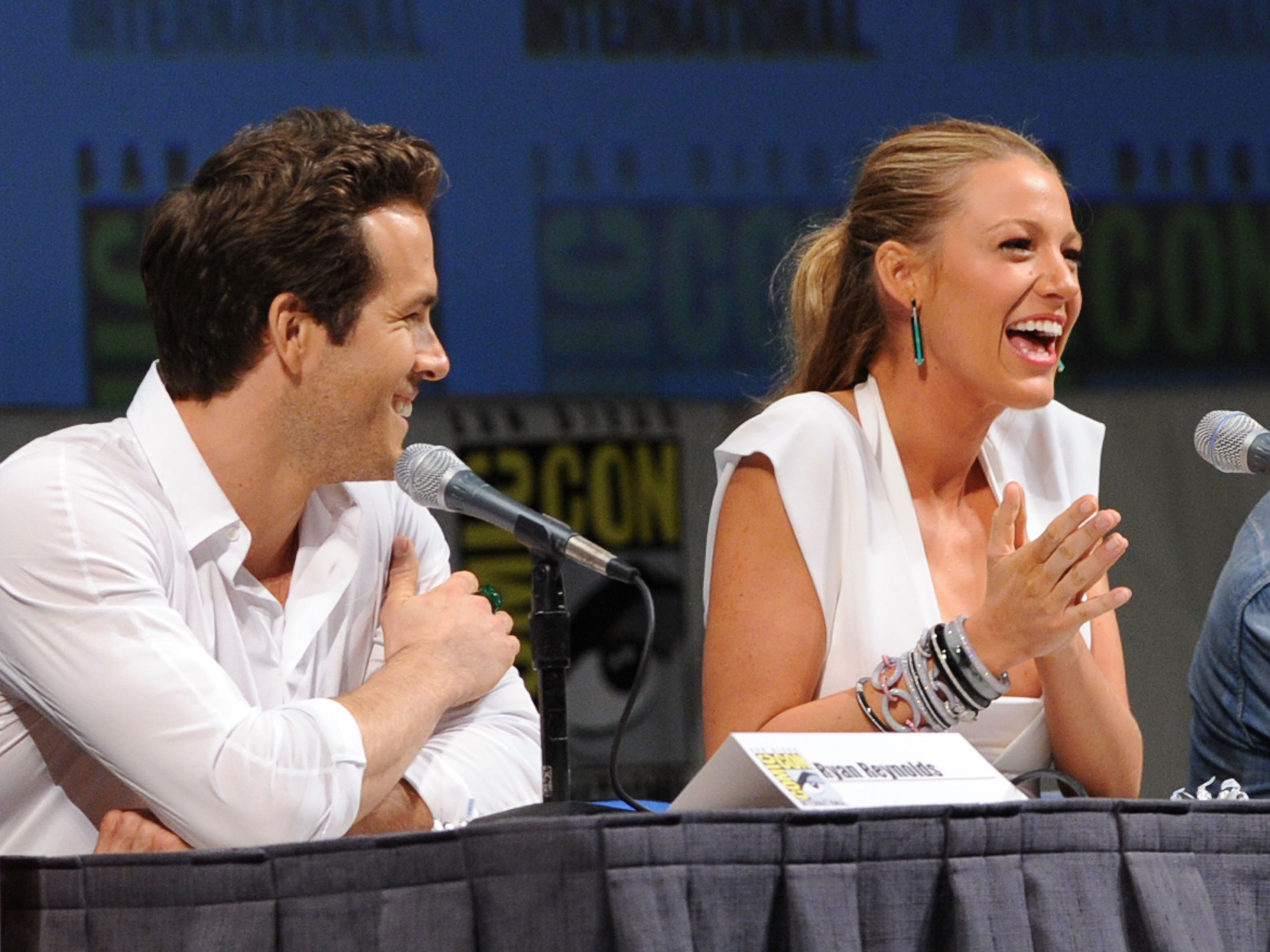 In the summer of 2010, Lively and Reynolds were cast as the lead roles in “Green Lantern” and made their first public appearance together at Comic-Con in San Diego.

They weren’t dating at the time – Lively was still dating “Gossip Girl” co-star Penn Badgley, while Reynolds was married to Scarlett Johansson. Bryan Bedder/Getty ImagesPenn Badgley and Blake Lively had apparently split long before they announced it.

Shortly after filming started, Lively and Badgley ended their relationship. An insider told Us Weekly they had been keeping the news quiet for a while, but that they were still friends. 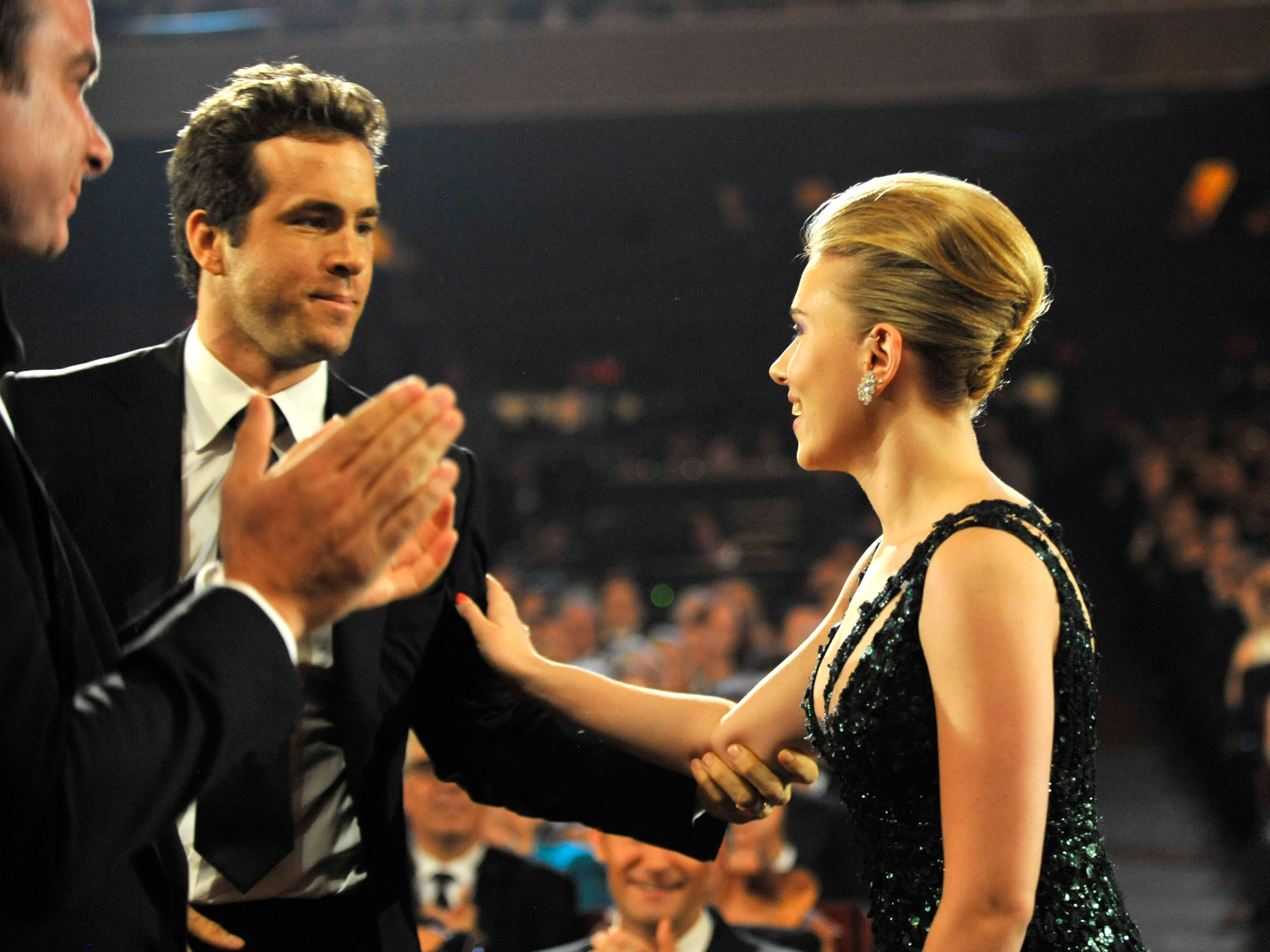 Kevin Mazur / Contributor/Getty ImagesThey were married for about two years.

Not long after, Reynolds and Johansson released a joint statement confirming their divorce.

It read, “After long and careful consideration on both our parts, we’ve decided to end our marriage. We entered our relationship with love and it’s with love and kindness we leave it. While privacy isn’t expected, it’s certainly appreciated.”

June 2011: There were reports that Lively was dating Leonardo DiCaprio. 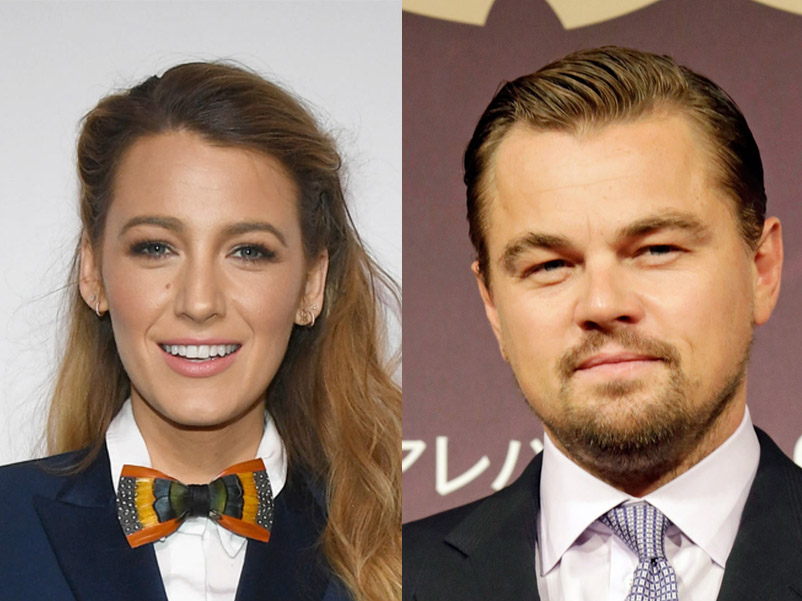 Lively and DiCaprio reportedly spent a summer dating. The two were photographed together several times, including at the Cannes Film Festival. Sources told E! they split at the end of the summer.

October 2011: Sources confirmed that Lively and Reynolds were dating. After months of reports, a source confirmed to People that the co-stars were “very much a couple” and that they were “really happy together.”

September 2012: Reynolds and Lively tied the knot in a surprise wedding. Bauer-Griffin / Contributor/Getty ImagesRyan Reynolds later apologised for their choice to get married at a plantation that had enslaved Black people.

After months of keeping things relatively low-key, the pair got married at Boone Hall Plantation in Mount Pleasant, South Carolina, in front of their family and friends.

Although they never released photos, they did reveal details on Lively’s couture ball gown by Marchesa, their giant dessert table, and the bouquets.

Years later, in an interview with Fast Company, Reynolds apologised for his and Lively’s choice to get married at that plantation, which had enslaved Black people.

“It’s something we’ll always be deeply and unreservedly sorry for,” he said. “It’s impossible to reconcile.”

October 2012: Lively said in an interview that she had “never been happier.” 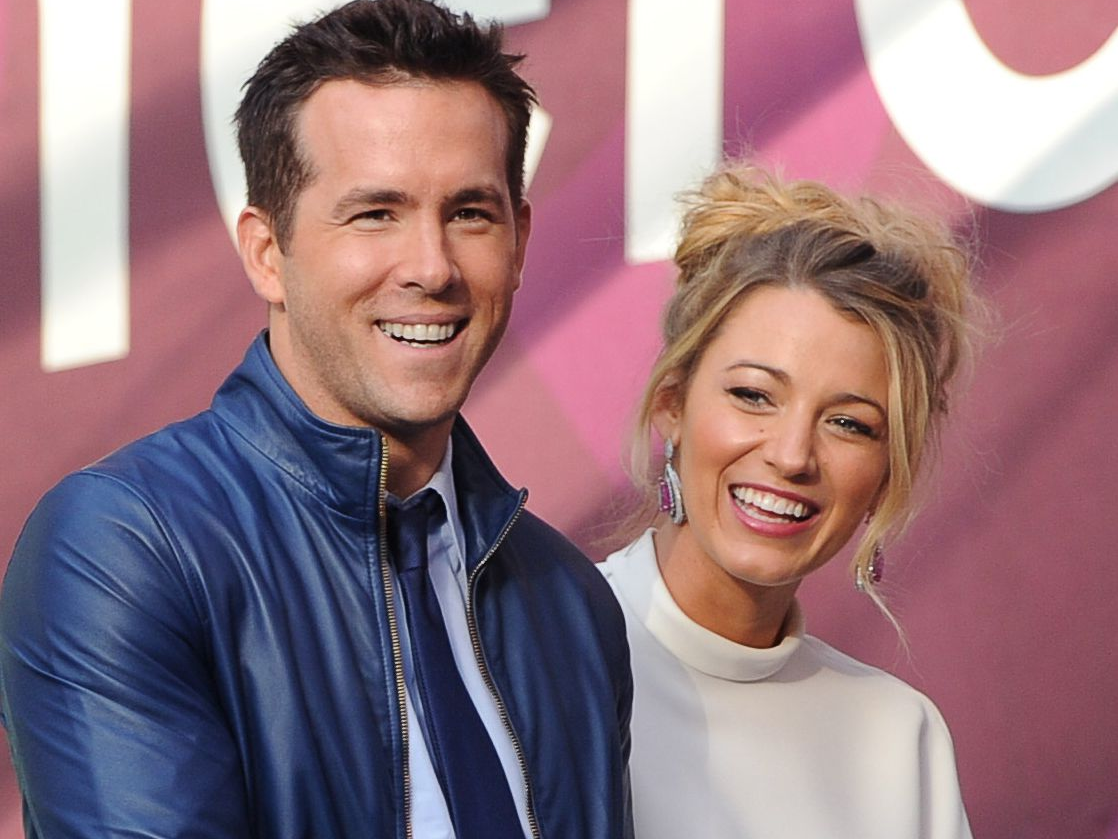 In an interview with Allure, Lively revealed how happy she was with Reynolds, saying, “Right now, I’m so peaceful. I’ve never been happier in my life.”

She also made it clear she wanted kids, saying, “I’ve always wanted a big family. Oh, I’d love 30 (children) if I could.”

May 2014: They made their first red carpet appearance as a couple at the Met Gala. 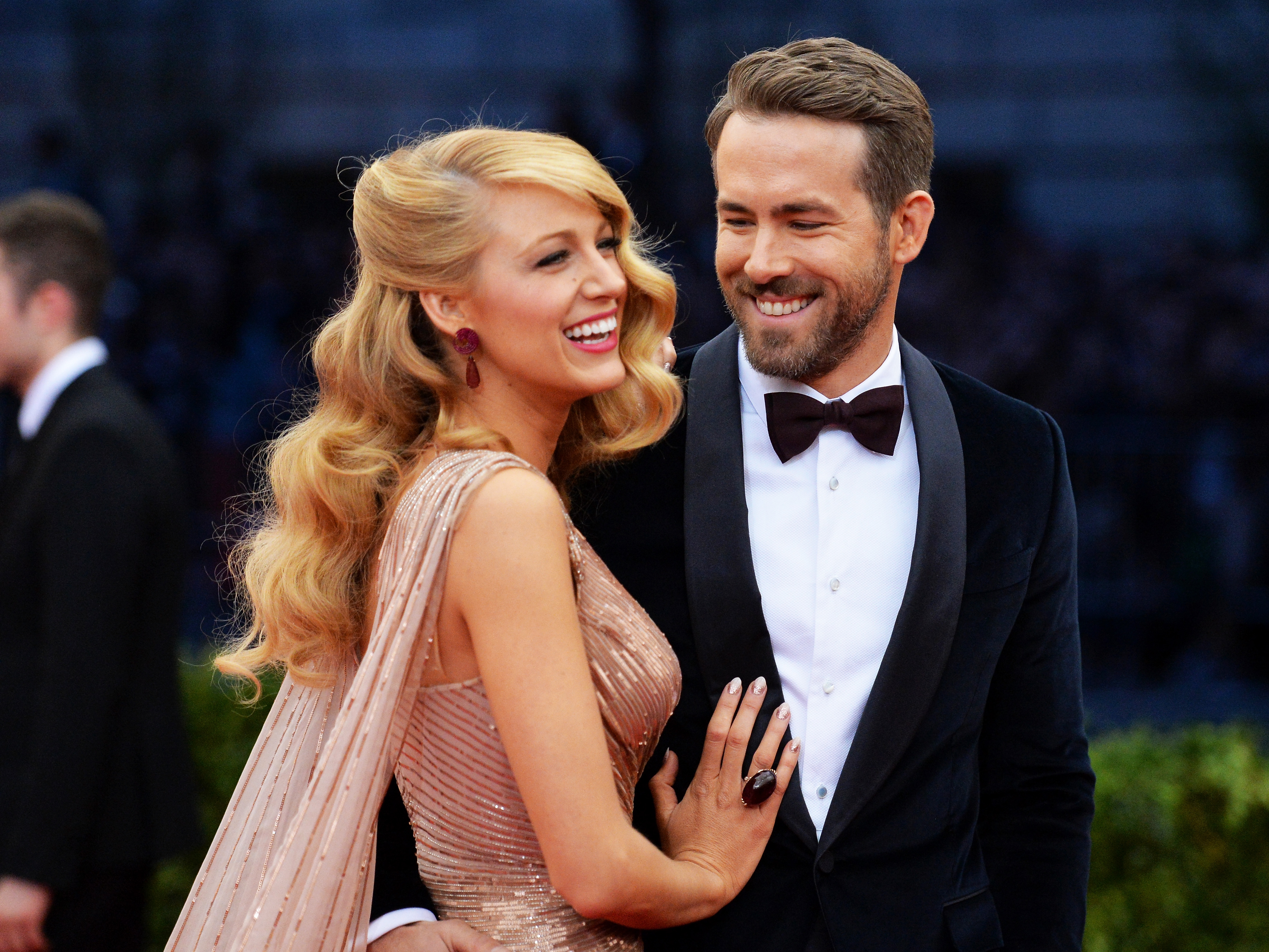 The couple hit the red carpet for the first time together as a couple, not just costars, at the Met Ball in 2014. They both wore Gucci. In an interview with Vogue, Lively wasn’t shy when it came to expressing her love for her husband.

She said, “Everything we do in life we do together. If I’m working on a movie, he helps me with my character; I do the same with him. Picking out a coffee table. What we’re going to eat. He’s a beautiful writer – he’s written a lot of stuff for us. And he’s got a great barometer and he knows me, so he will tell me if it’s not as good as it can be.”

October 2014: Lively announced she was pregnant for the first time 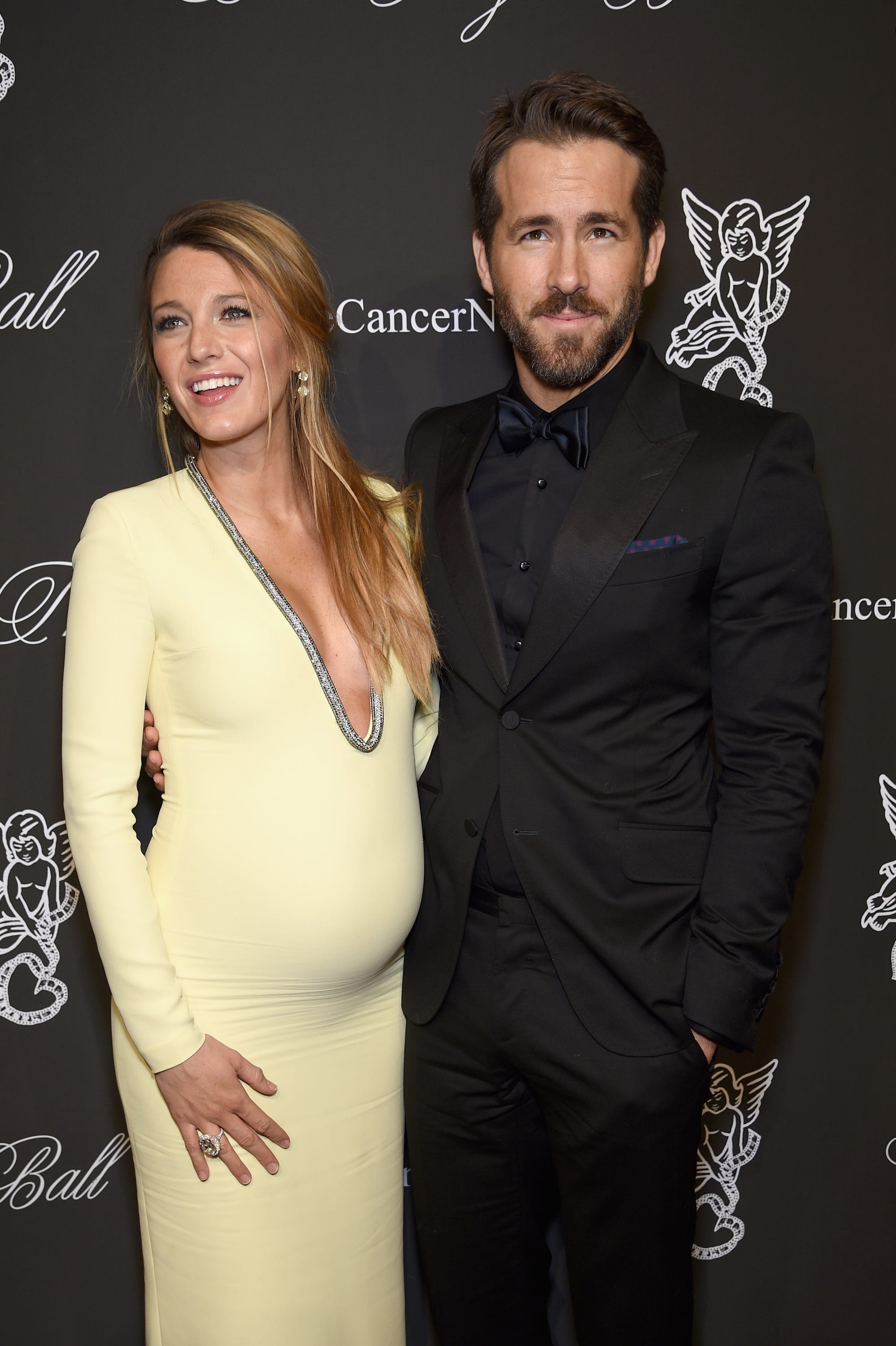 Lively took to her then-new lifestyle website, Preserve (which has since been deleted), to announce her first pregnancy. She posted a photo of herself among other photos of other pregnant people.

“Congratulations to all the expecting mothers out there,” she wrote at the time. 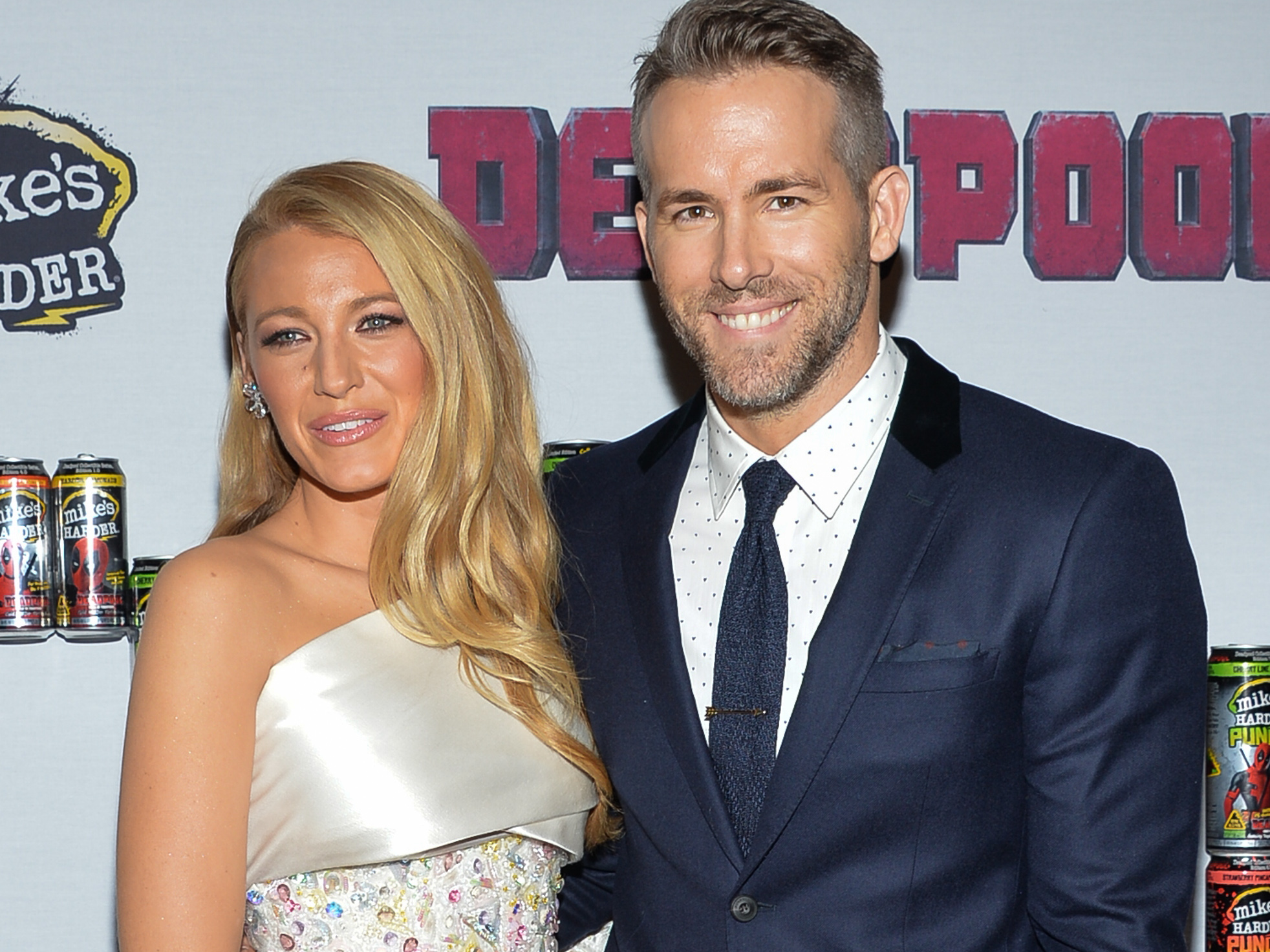 Page Six reported that Lively had given birth to the couple’s first child, a daughter who came a bit early. She gave birth near their home in Bedford, New York.

After a few months without many details about the baby, Reynolds finally revealed their daughter’s name on “The Today Show.”

He said, “It’s James. Everyone knows. I didn’t want to be the first guy screaming it out to the media, because as we know, little girls turn into teenage girls and little teenage girls sometimes scan through the archives and go, ‘Why did you do that?'”

February 2016: Reynolds dished on how he and Lively first got together. Photo by Charles Sykes/Invision/APApparently it was an awkward double date.

He added, “That was the most awkward date for their perspective probably because we were just like fireworks coming across. It was weird at first, but we were buddies for a long time. I think it’s the best way to have a relationship is to start as friends.”

April 2016: It was announced that they were expecting their second child. AP Photo/Andrew HarnikRyan Reynolds and Blake Lively had another daughter.

After a few weeks of rumours, Us Weekly confirmed that Lively was pregnant again. Michael Stewart/Getty ImagesBlake Lively said she liked him and loved him.

In an interview with Marie Claire, Lively gushed about her relationship with Reynolds.

She said, “I knew he would always be my best friend for my whole life. That was the biggest thing to me. I’d never known anything like the friendship that I had with him. I could like him as much as I loved him.” Page Six confirmed that Lively had given birth to their second child at a hospital in Manhattan. Lively’s friend, musician Taylor Swift, was also spotted heading to the hospital to visit.

Us Weekly later confirmed that the couple had named their second daughter Inez Reynolds.

November 2016: Reynolds revealed the moment he knew Lively was the one. 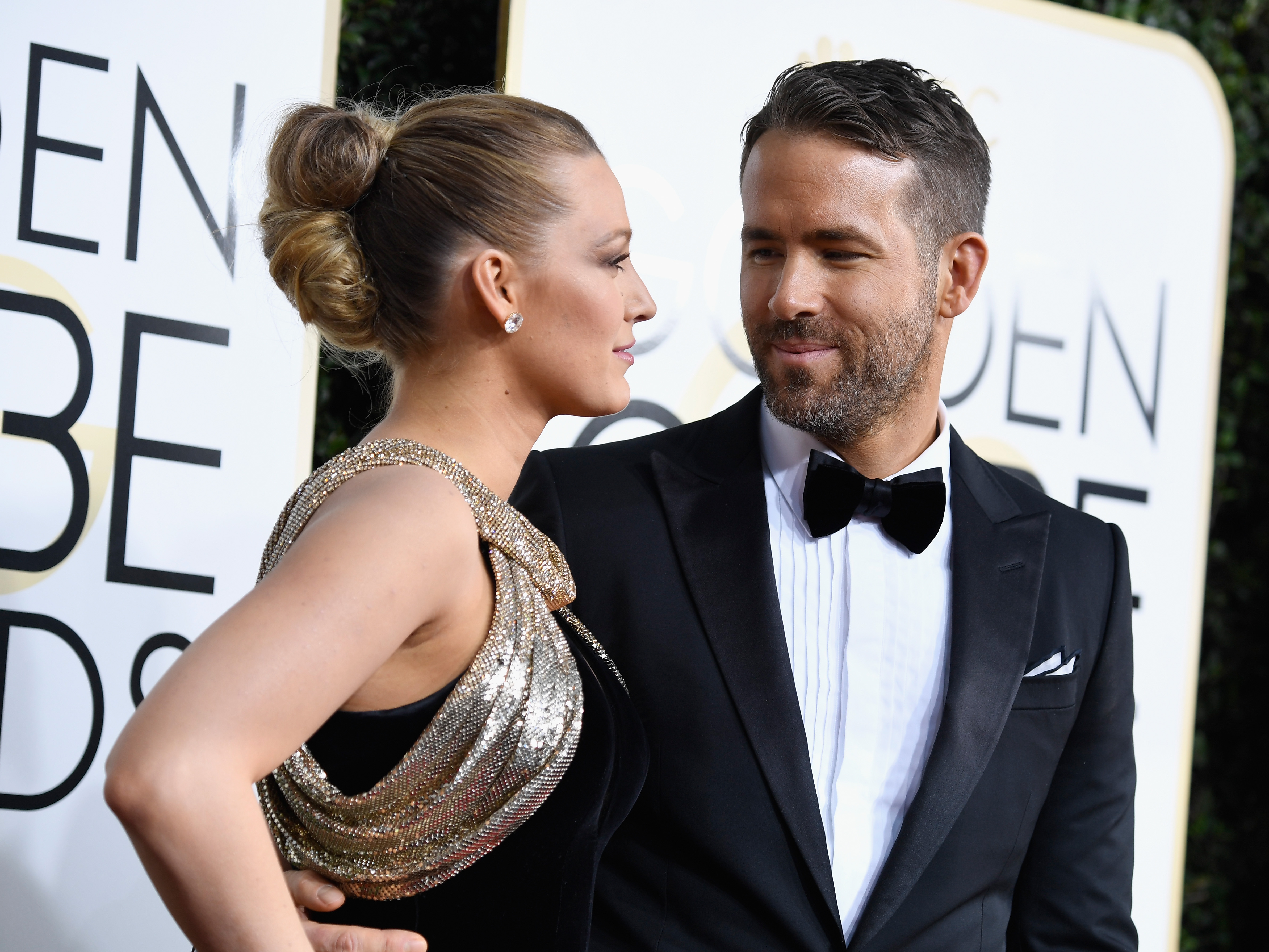 Frazer Harrison / Staff/Getty ImagesIt was a scene right out of a movie.

In an interview with O magazine, Reynolds talked about the date when he knew he wanted to marry Lively.

He said, “We were hanging out at this little restaurant in Tribeca that’s open really late, and this song came on and I was just like, ‘Want to dance?’ No one was in there, so it was just totally empty. And it was just one of those moments where halfway through the dance, it was like, ‘Oh, I think I just crossed a line.’ And then I walked her home.”

“And, uh, you know, I don’t really need to go into what happened after that,” he added. 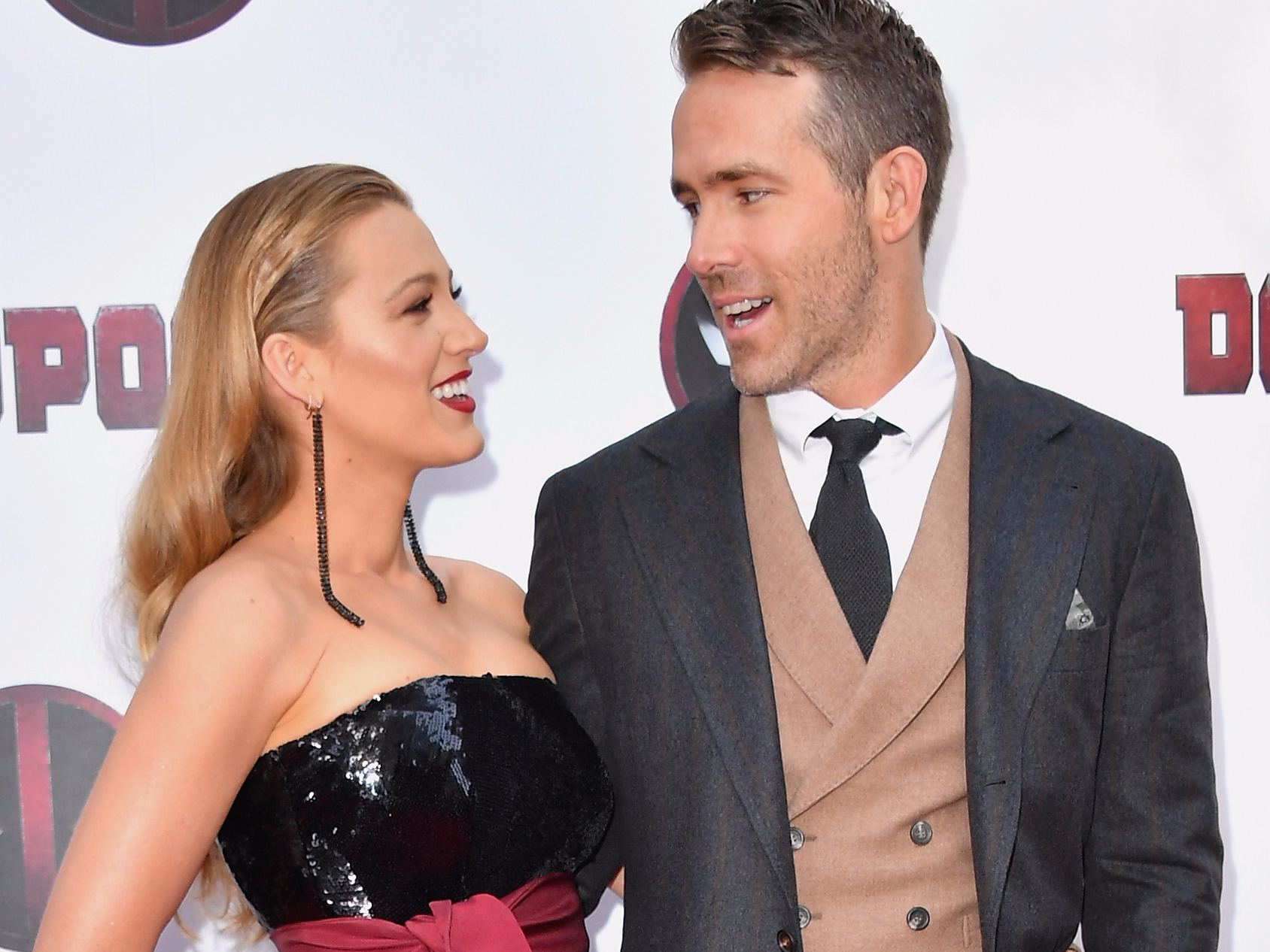 Michael Loccisano/GettyImagesRyan Reynolds made light of it.

After hearing reports that he and Lively’s marriage was on the rocks, Reynolds tweeted a joke, saying, “I wish. I could use a little ‘me time.'”

May 2019: Lively and Reynolds seemingly announced they are expecting their third child together. Lively debuted her third pregnancy in May 2018, showing up to the “Detective Pikachu” premiere to support her husband.

Sources later told People magazine that the celebrities are delighted to be parents of three.

“They are so happy and excited about having another baby,” the source told People. Charles Sykes/Invision/APRyan Reynolds recently seemed to confirm he and Blake Lively’s third child was a girl.

In October, multiple publications confirmed that the couple welcomed their third child, although no details about the baby’s name have been shared.

The couple has not publicly announced the birth of their third child yet, but on Wednesday, Reynolds shared a photo of himself, Lively, and a baby, who appears to be their third child, in a carrier.

The baby’s face has been blurred out and covered with a smiley face.

In this tweet, he also referenced his “daughters,” which seemed to confirm that he and Lively’s third child is also a girl.

Swift, who wrote the song “Betty” for her newest album “Folklore” that features the names of Lively and Reynold’s other two kids, James and Inez, seemingly confirmed the couple’s third child’s name is Betty.