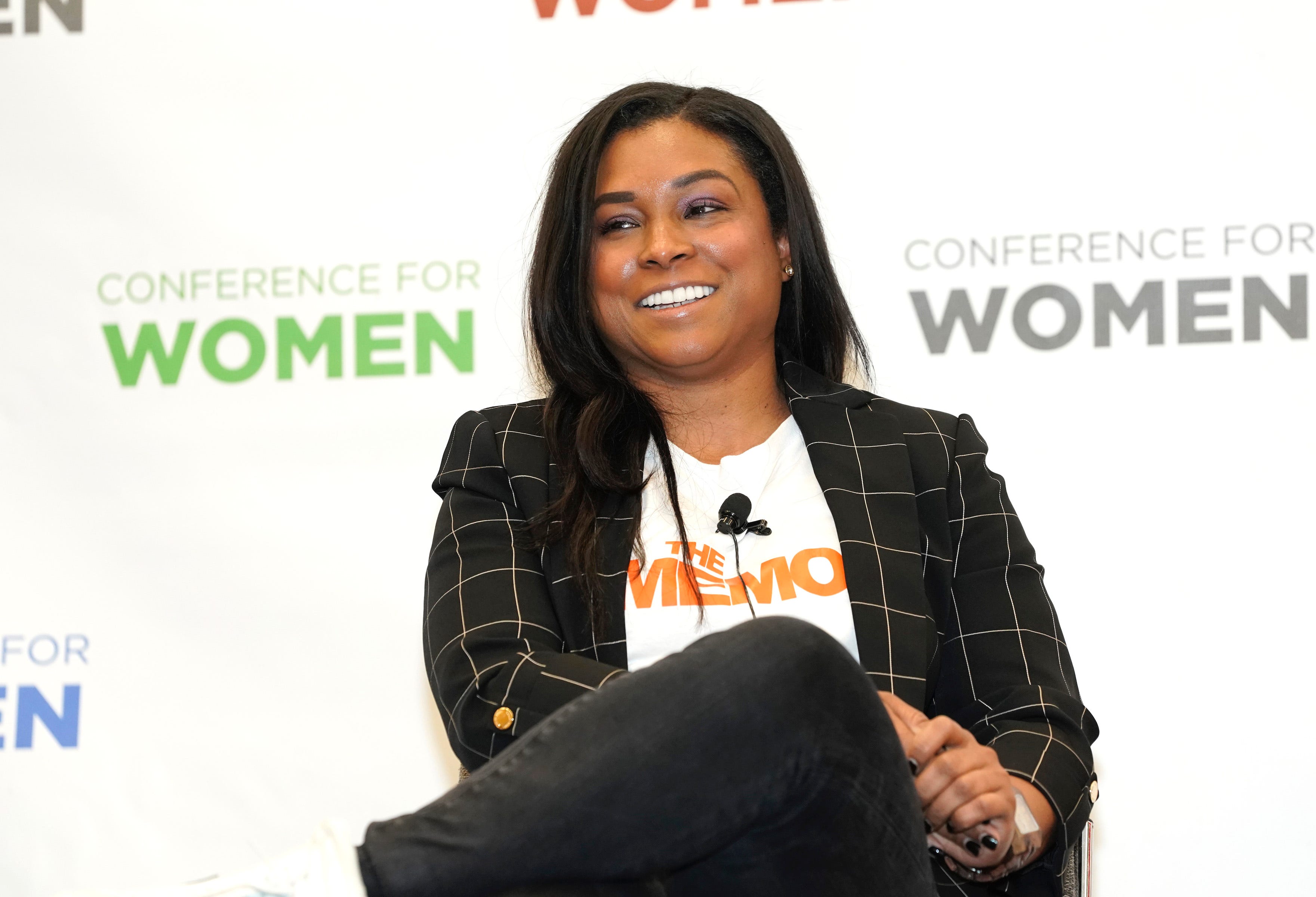 Getty ImagesMinda Hart, author of ‘The Memo,’ has experienced first-hand, what not having a sponsor can do to one’s career.


Sign up here to receive updates on all things Gender at Work.

The killing of George Floyd shook the nation, including it’s business leaders. Now, more are listening to calls to increase representation of BIPOC (Black, Indigenous, people of colour) in leadership positions.

Visa, for example, just announced it will increase the number of employees “from under-represented groups” to the VP or higher level by 50% by 2023. Microsoft said it plans to double the number of Black and African American “managers, senior individual contributors, and senior leaders” in the US by 2025, Business Insider previously reported. And Google CEO Sundar Pichai promised the tech giant will improve Black representation at senior levels and “increase leadership representation of all underrepresented groups by 30 per cent by 2025,” the Boston Globe reported.

The lack of BIPOC leadership at America’s top companies is a symptom of what researchers call the “concrete wall,” or the hard-to-overcome barriers that prevent Black employees, especially Black women, from scaling the corporate ladder. To chip away at this wall, leaders need to be held accountable for the number of BIPOC professionals in leadership positions. And one way to promote diversity at the senior level is to focus on mentorship and sponsorship in the office, researchers previously told Business Insider.

Having a sponsor at work – someone who advocates for you – can mean the difference between getting a promotion and staying stagnant for years. A sponsor goes beyond a mentor, who gives career advice. They call out your hard work in meetings, mention your name in rooms you’re not in, and can champion you when it comes time to hand out new opportunities.

According to joint research by McKinsey & Company and LeanIn.org, Black women are much less likely than their colleagues to have a work sponsor. They’re also less likely than other women to feel that promotions are fair and objective.

“It’s a real issue,” said Minda Harts, author of “The Memo: What Women of Colour Need to Know to Secure a Seat at the Table.”

“It’s something that I heard on the road, across 28 cities, in lots of emails and direct messages,” Harts, was recently on book tour, told Business Insider.

In fact, it’s an issue she faced herself.

“It took about six years before I realised that I was spinning my wheels trying to figure out how other people were getting advanced, and I didn’t; I was still performing at a high level, but I just wasn’t getting the same opportunities,” she said.

Lack of sponsorship is certainly not the only obstacle women of colour face in their careers. Hiring discrimination, lack of promotion opportunities, microaggressions and racism, and lack of representation of people who look like them in the C-suite, among other roadblocks, compound the issue. However, it is an issue employees and managers can begin to change themselves, immediately.

There are several steps Black women and senior leaders can take to address the issue. 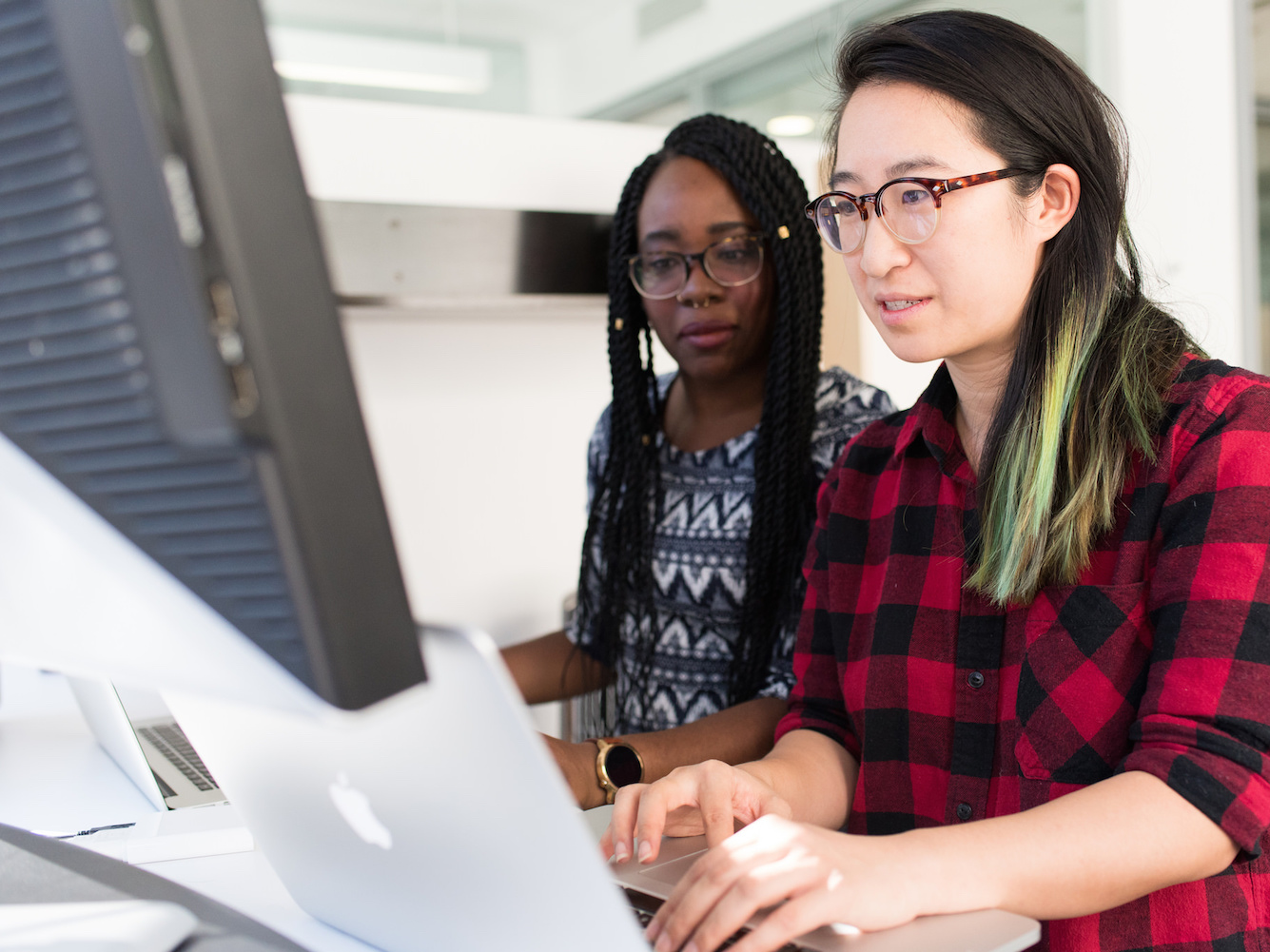 WOCinTech Chat/FlickrBlack women describe facing a ‘double bind’ of being a woman, and being Black in corporate America.

For leaders looking to be a mentor or sponsor:

Be aware of the need.

“A lack of consideration, in terms of just not being aware of the need to mentor Black employees, is often the first issue. Sometimes it doesn’t even cross a non-African American’s mind to help,” said Shawn LaRe Brinkley of the Black Women’s Network.

Simply being aware of the need is a good start.

Have more team lunches and outings.

“Be open to having more interaction in a less formal way with your staff. Having those opportunities for people to get to know each other, to connect with each other, helps build relationships,” said Jones-DeWeever.

Establish yourself as a resource.

Tell your team you’re here to help guide them. This will make it easier for employees, especially those who may feel hesitant or afraid to approach you, to do just that.

“Being approachable and opening the door is important. Make it an option for the employee to reach out and seek mentorship,” Brinkley added.

Use questions as opportunities to mentor.

It’s unlikely someone is going to straight up ask you to be their mentor or sponsor.

“More likely, she will request your help on a project or ask you to explain an organizational process. Capitalise on her initiative and discuss how consistent mentoring may help her in significant ways,” according to the National Centre for Women & Information Technology in its Mentor’s Guide.

Find out what they’re interested in and seek understanding.

Seek to understand your mentee’s culture and background.

“There’s a certain amount of respect for a person who says, you know what, I don’t know you, can we get coffee?” Brinkley said. “Being able to understand a person’s background and their culture, some of the issues that a Black person may face in the workplace, is important.” Pressmaster/ShutterstockBy making it known to your team that you’re here as a resource, employees who may feel hesitant to approach you for advice may feel more comfortable.

For black women looking for a mentor or sponsor:

Introduce yourself to senior leaders.

After not getting a promotion for several years, Hart decided one day to take matters into her own hands. She introduced herself to leaders (largely white men) in her company.

“Sometimes the way the game is played is, we’re going to have to make ourselves known,” Hart said.

It worked. One of those leaders, a white man, began to mentor her. After several months, he became her sponsor.

“He catapulted my career by years. He brought me to the table. He helped me secure additional bonuses and salary increases. He put me on projects that his colleagues questioned if I was ready for. He vouched for me,” she said. “If I hadn’t introduced myself to him and created a relationship with him to notice me, I probably would still be sitting in the same spot.”

“I am very adamant about telling women of colour, telling Black women that we have to go out to the happy hours, we have to go to the birthday parties, and the break room,” Hart said.

In order for people to want to be a part of your success, they have to know who you are and what you’re doing. Meeting new people both within, and outside of the office, is crucial.

Tell yourself a new narrative.

“It was always difficult because I felt like I was in a double bind. You’re a woman, but you’re also a Black woman,” Hart said.

While you may feel at a disadvantage, it’s important to not let that hold you back. Know that you are capable, and deserve success.

“Even though we may be the only one in the room who looks like us, it doesn’t mean that we can’t be as successful as some of our counterparts,” Hart said.

Keep an eye out for other opportunities if you’re having trouble finding support.

If after months of seeking out mentorship opportunities from leaders and peers at your company, you’re still feeling stuck, start relying more on your contacts outside of your job. They can potentially help you find a better opportunity.

“If you find that you’re hitting a brick wall. Know that you don’t have to stay with your head against a brick wall for the next 20 years,” said Avis Jones-DeWeever, author of “How Exceptional Black Women Lead.”

“Keep a foot on both boats. Plant some seeds for relationships within your organisation, among a wide range of people, but also form and maintain relationships with people who can be that safe space to provide and guidance on your overall career outside of your job.”