A Black man was stopped by sheriff's deputies while jogging in a predominately white neighbourhood. The sheriff later asked him to teach deputies about biases. 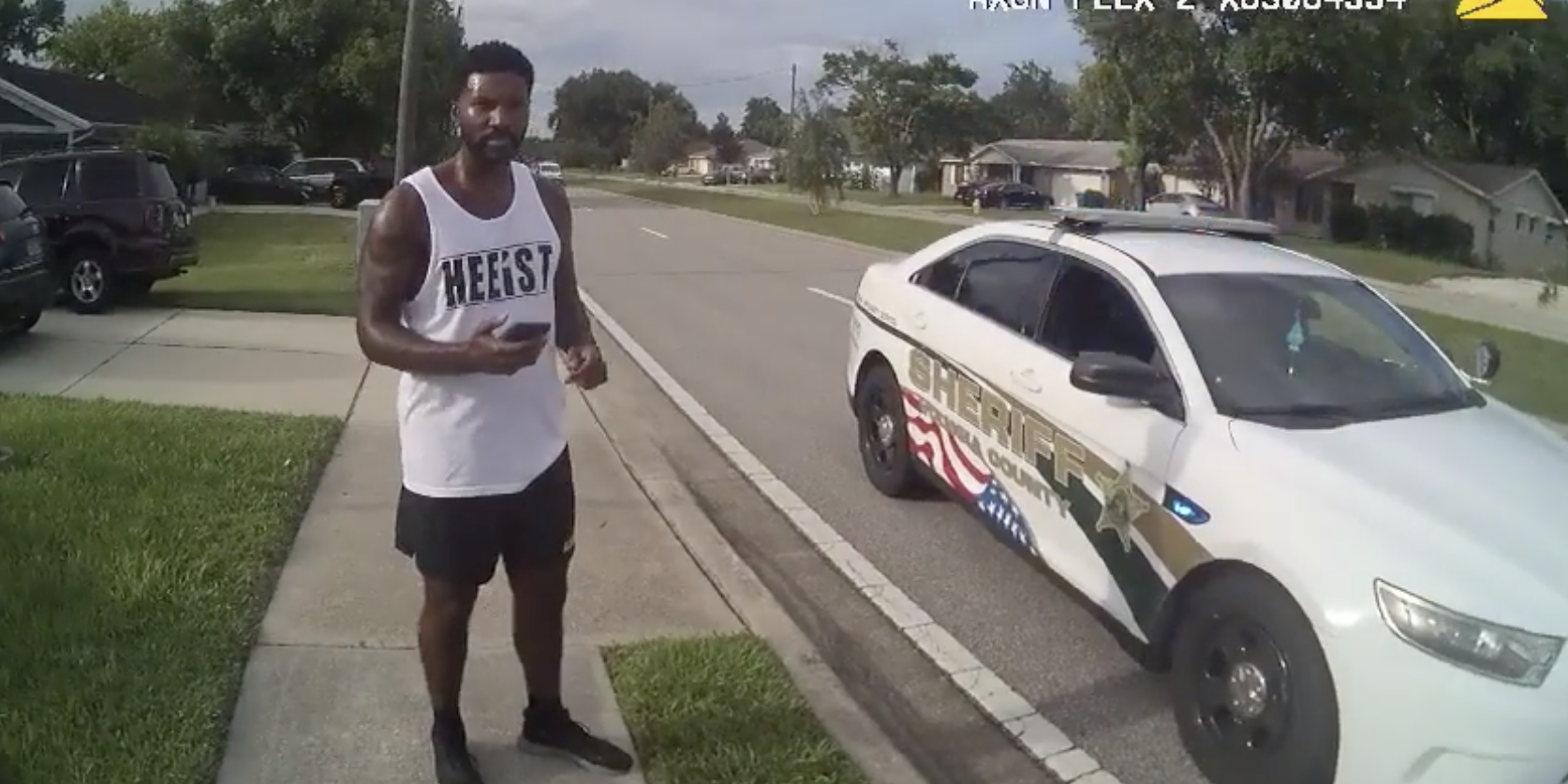 A Black man was stopped by authorities while jogging in a predominately white neighbourhood after officers said he fit the description of a burglary suspect, and the town’s sheriff later asked him to teach his staff about biases.

In the footage, deputies handcuffed Griffin and told him he matched a burglary suspect in the area.

“Hey Buddy, you’re not in any trouble or anything. There’s a burglary that happened â€” you kind of fit the description,” one deputy can be heard saying. “Let me just make sure that you’re not him.”

Griffin started his own Facebook Live, in which he can be heard telling viewers: “If something happens to me, you all better raise hell.”

Griffin, a former military police officer in the US Army, was eventually released by the deputies, who said he had been detained in error.

Deputies later arrested a suspect in the burglary, and Griffin shared side-by-side photos of him and the suspect on Facebook.

“I didn’t deserve to be cuffed on the side of the road on display with my future in the hands of this 100% accurate description,” he said.

Griffin told Insider that he was confused when he got stopped by the deputies, but also nervous about “how the situation would play out.”

“It was actually a very good interaction compared to what we’ve seen in the media today,” he told Insider. “The officer did something that I definitely liked â€” he told me that he wasn’t going to let anything happen to me. And he kept my [Facebook] Live on.”

He said being stopped for a crime you didn’t commit “sucks.”

“When you’re stopped and you’re not the person that they’re looking for, you’re gonna feel pretty bad about it. It’s gonna suck,” he told Insider. “I understand that it’s hard when you’re getting a description because I’ve done the job, but I’m just glad everything played out accordingly.”

In a statement on Facebook, Volusia Sheriff Mike Chitwood praised his deputies and Griffin for how the interaction played out, and told the local CBS affiliate WKMG-TV that he saw the incident as a teachable moment.

“The way we stopped Mr. Griffin is the way we would have stopped a white guy, a Black guy, a Hispanic guy or a purple guy,” Chitwood said. “Nobody is saying that anybody did anything wrong, but there is a way here to look at life from both sides of the coin.”

Andrew Gant, a spokesman for the Volusia Sheriff’s Department, told Insider that Griffin has agreed to help the department with its implicit bias training,

“I’ll be telling my side of the story, and I’m just hoping to get some sympathy,” Griffin told Insider. “You can’t really teach it, but just to put things in the air and have an open discussion â€” have officers start thinking of what if feels like to be in the other [person’s] shows. On the civilian side, we should be think about being int he officer’s shoes as well. They’re scared just as much as we are.”

Chitwood told CNN that trainings will start in October, and due to the novel coronavirus pandemic, each session will only be able to hold 2o people.

“I also offered him a job. We have 40 openings now. But he declined that offer saying he had a job in healthcare,” Chitwood said.

Griffin told Insider he turned the job down because his passion is healthcare, and he also runs a credit restoration business.

“I do feel like we need more officers that are compassionate, like the one who stopped me,” he said.