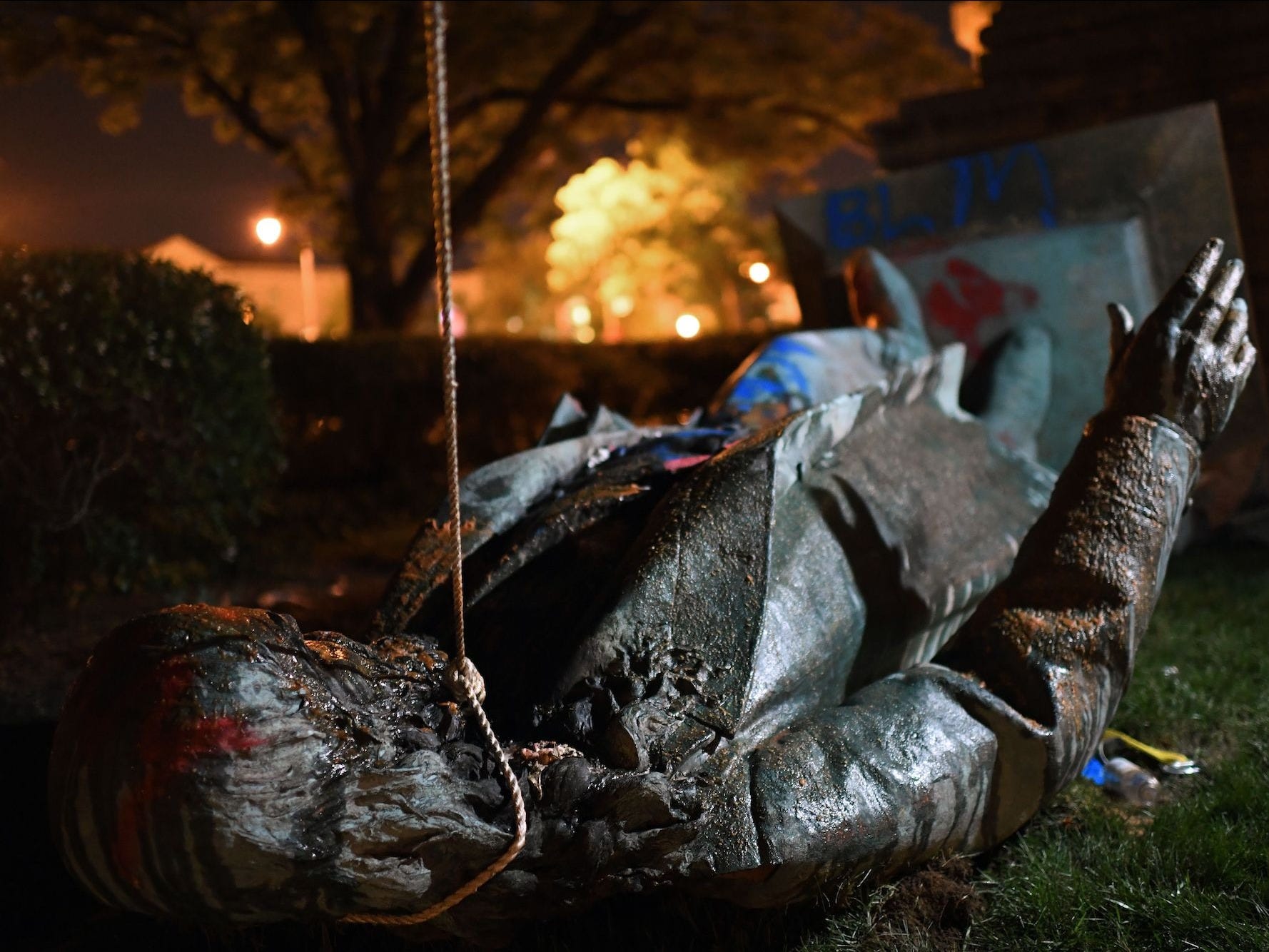 Protesters in Washington, D.C pulled down a Confederate statue and set it on fire on Juneteenth, the day marking the end of slavery in the United States.

Dozens of people rallied around the statue of General Albert Pike – the only Confederate statue in the capital – near Judiciary Square, with some chanting “Black Lives Matter” and “Let it Burn,” according to the Washington Post.

The protesters used ropes and chains to pull down the statue at around 10 p.m. on Friday before setting it alight. 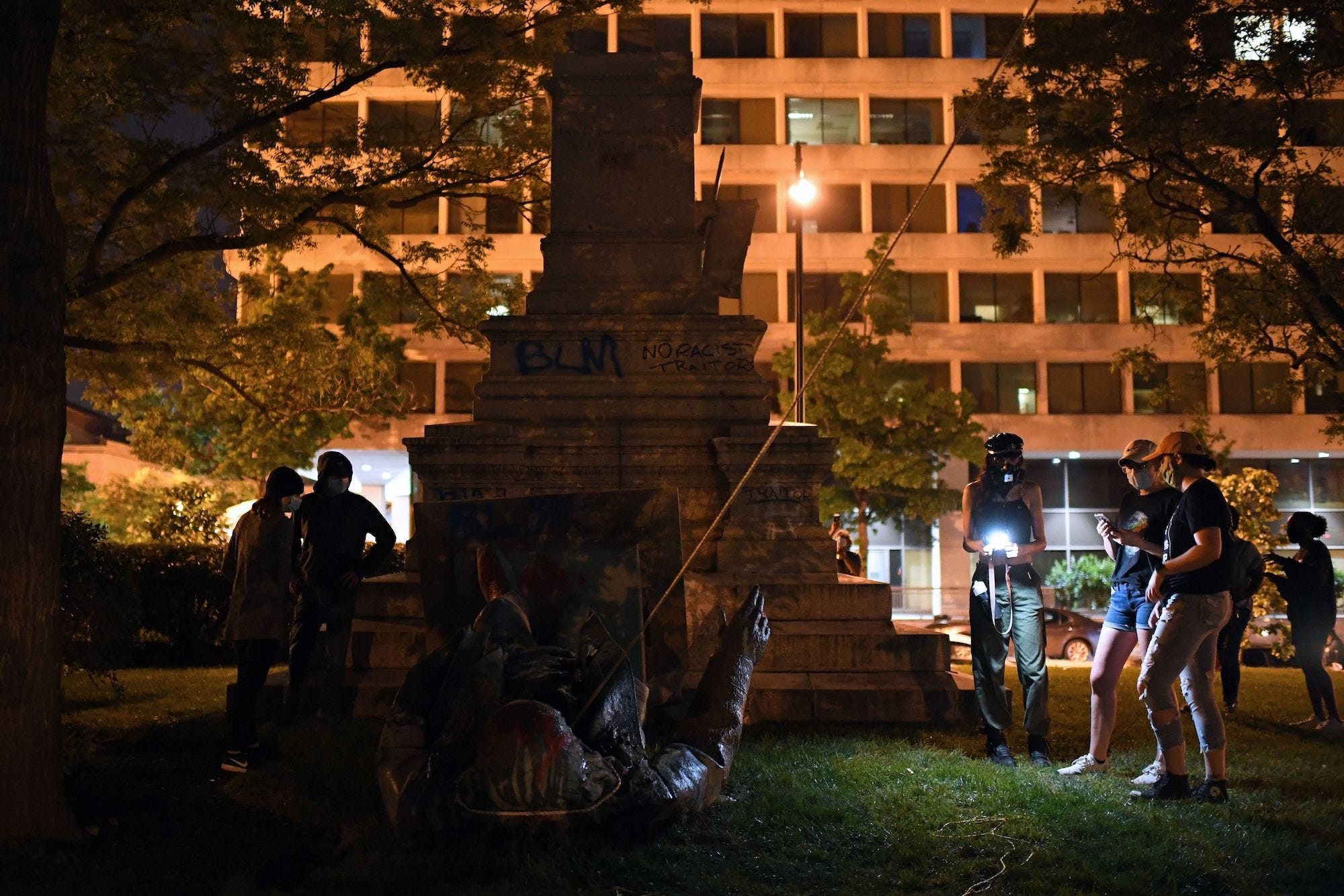 Eric BARADAT/AFP/Getty ImagesProtesters took photos of the statue on the ground.

Later, President Donald Trump criticised D.C Police – whose headquarters are on the same block as the statue – for not arresting the protesters. 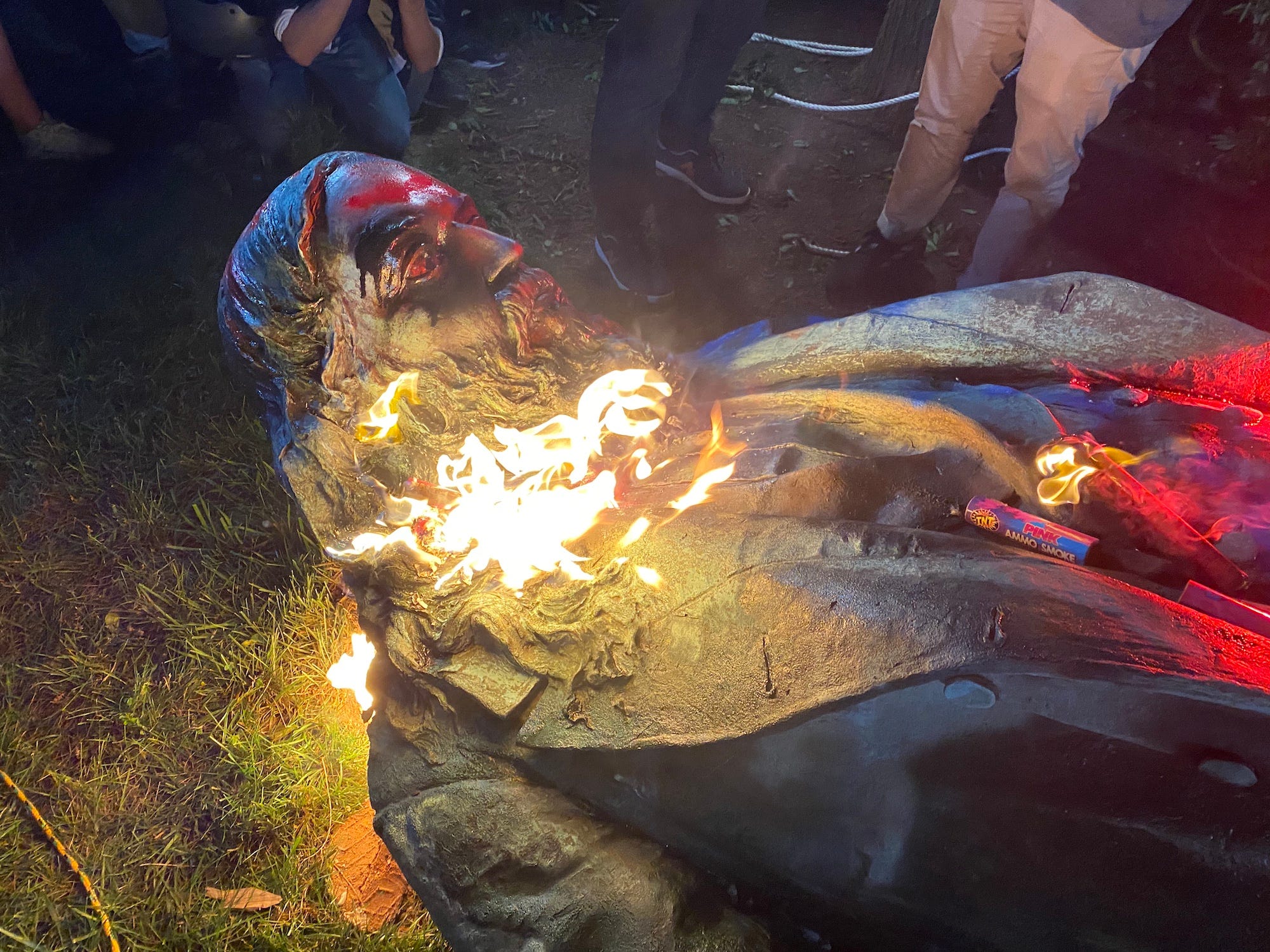 Evelyn Hockstein for The Washington Post via Getty ImagesThe statue was then set on fire.

The police at the scene on Friday put the fire out but did not engage with the protesters, Wtop News reports.

“The D.C. Police are not doing their job as they watch a statue be ripped down & burn. These people should be immediately arrested. A disgrace to our Country! @MayorBowser,” Trump wrote on Twitter.

Juneteenth marks the anniversary of slaves in Texas were freed, on June 19, 1865.

Although Abraham Lincoln formally abolished slavery in 1863, it was not enforced until the Confederacy’s defeat in the Civil War.

This year, Juneteenth has taken on new meaning and prominence after Black Lives Matter protests swept the nation – and the rest of the world – in response to the killing of George Floyd in Minneapolis.