Powerful signs from Black Lives Matter protests across the US In the week since George Floyd died after being pinned down by Minneapolis police officers, protesters have marched across the US.

While “Black Lives Matter” and “I can’t breathe” have become slogans of the movement, demonstrators have also created original signs of their own with personal, powerful messages.

Here are signs from Black Lives Matter protests around the country. Faces in some photos have been obscured to protect their privacy.

A man in Florida held a sign reading, “Colour is not a crime.” 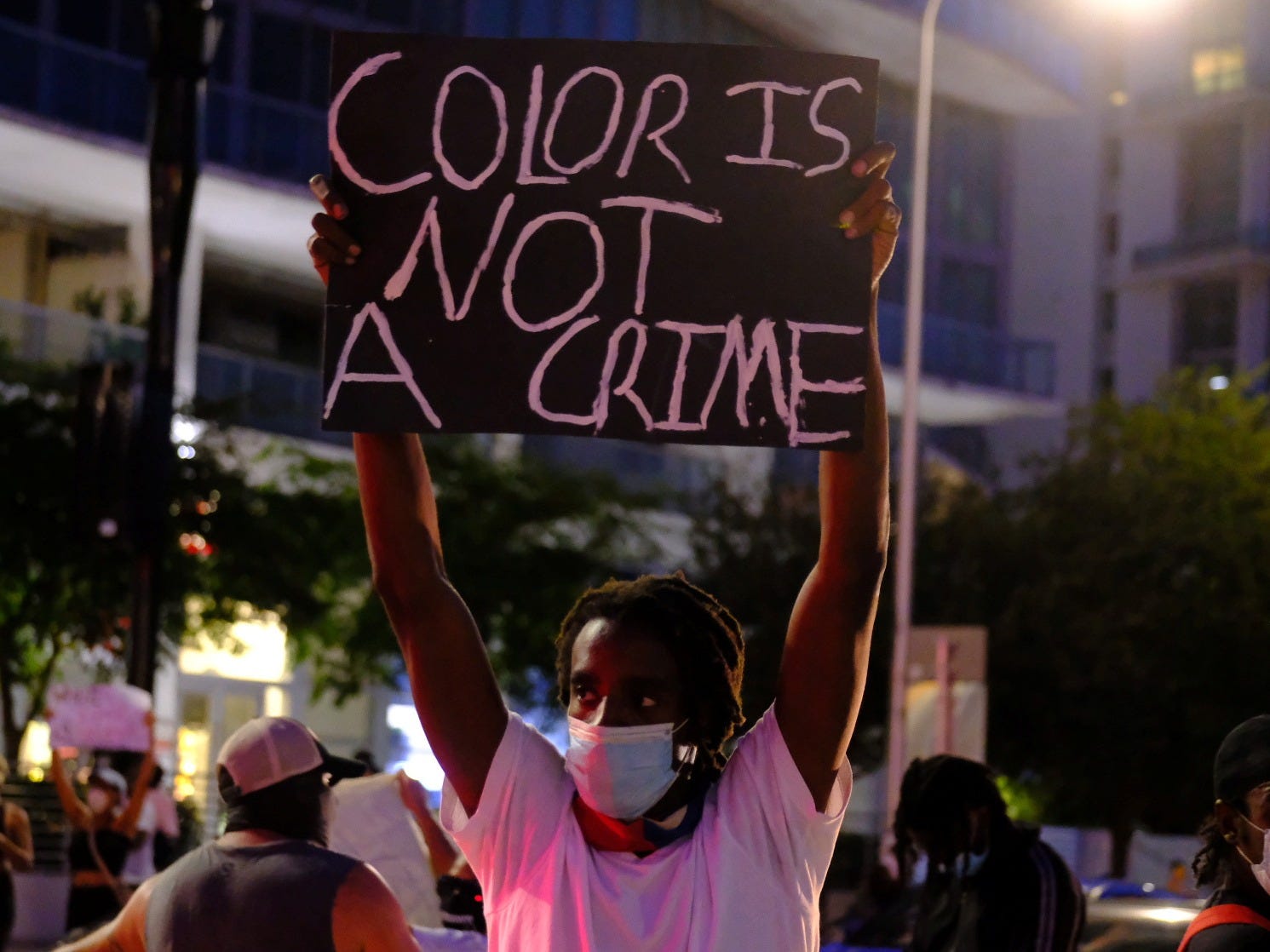 The protest was held in Miami, Florida.

“When do I go from cute to dangerous?” a young boy asked.

The sign appeared at a protest in St. Louis, Missouri.

A demonstrator displayed a sign that said, “The colour of our skin is not a weapon.” 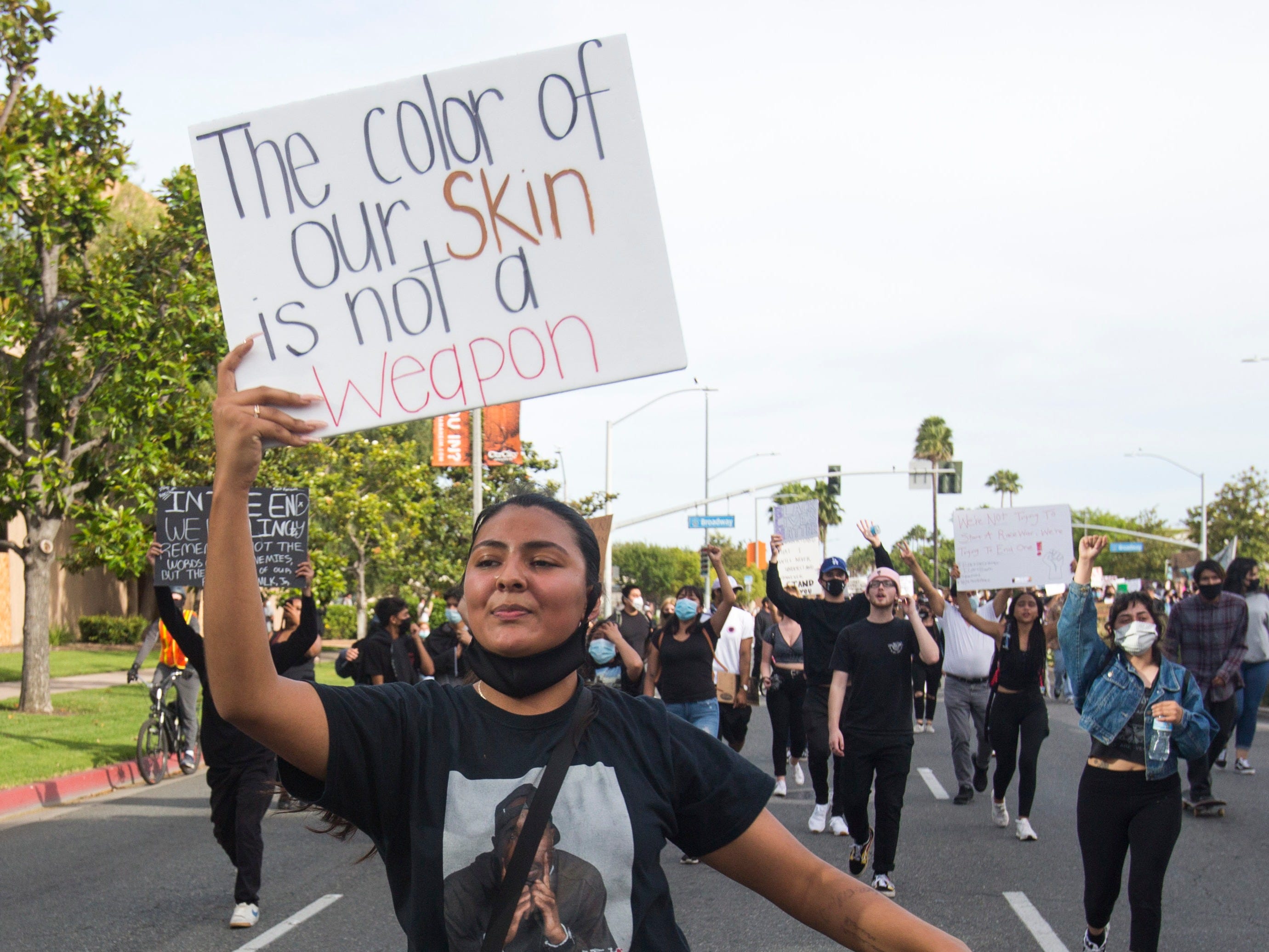 The sign was held during a march in Anaheim, California. 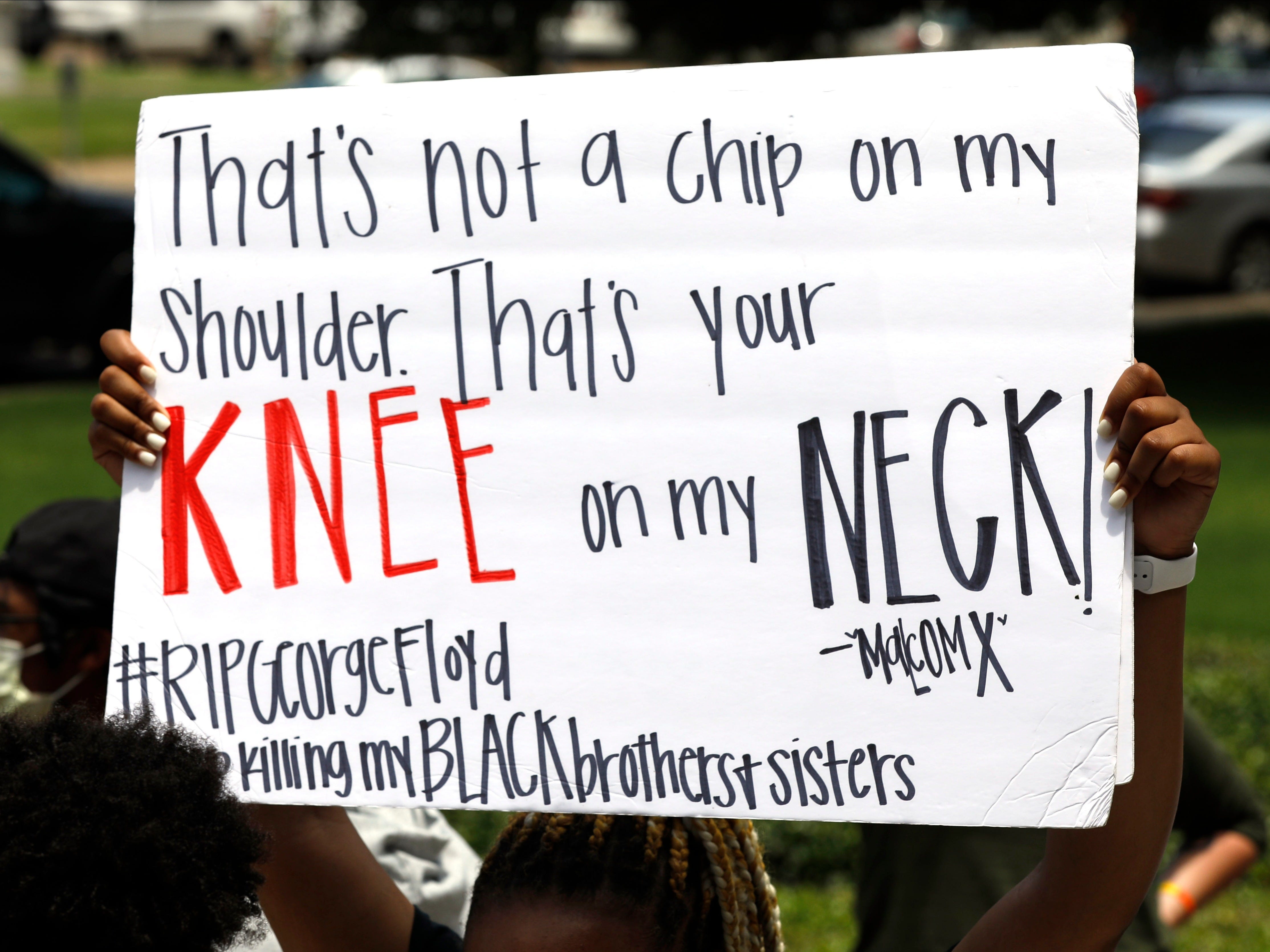 “That’s not a chip on my shoulder. That’s your knee on my neck,” the sign read. 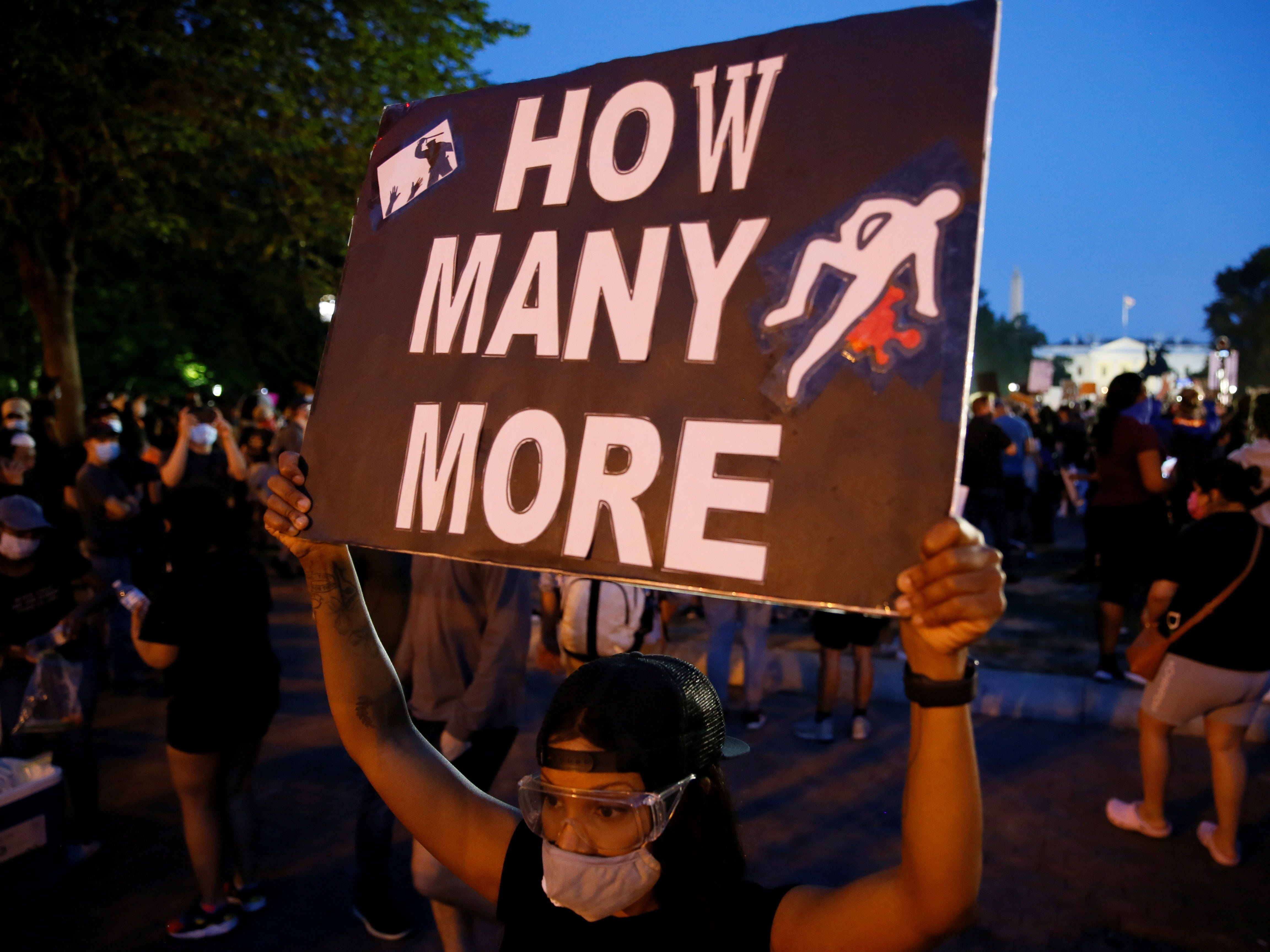 A protester held the sign outside the White House in Washington, DC.

In Los Angeles, a protester held up a sign reading, “For my brothers.” 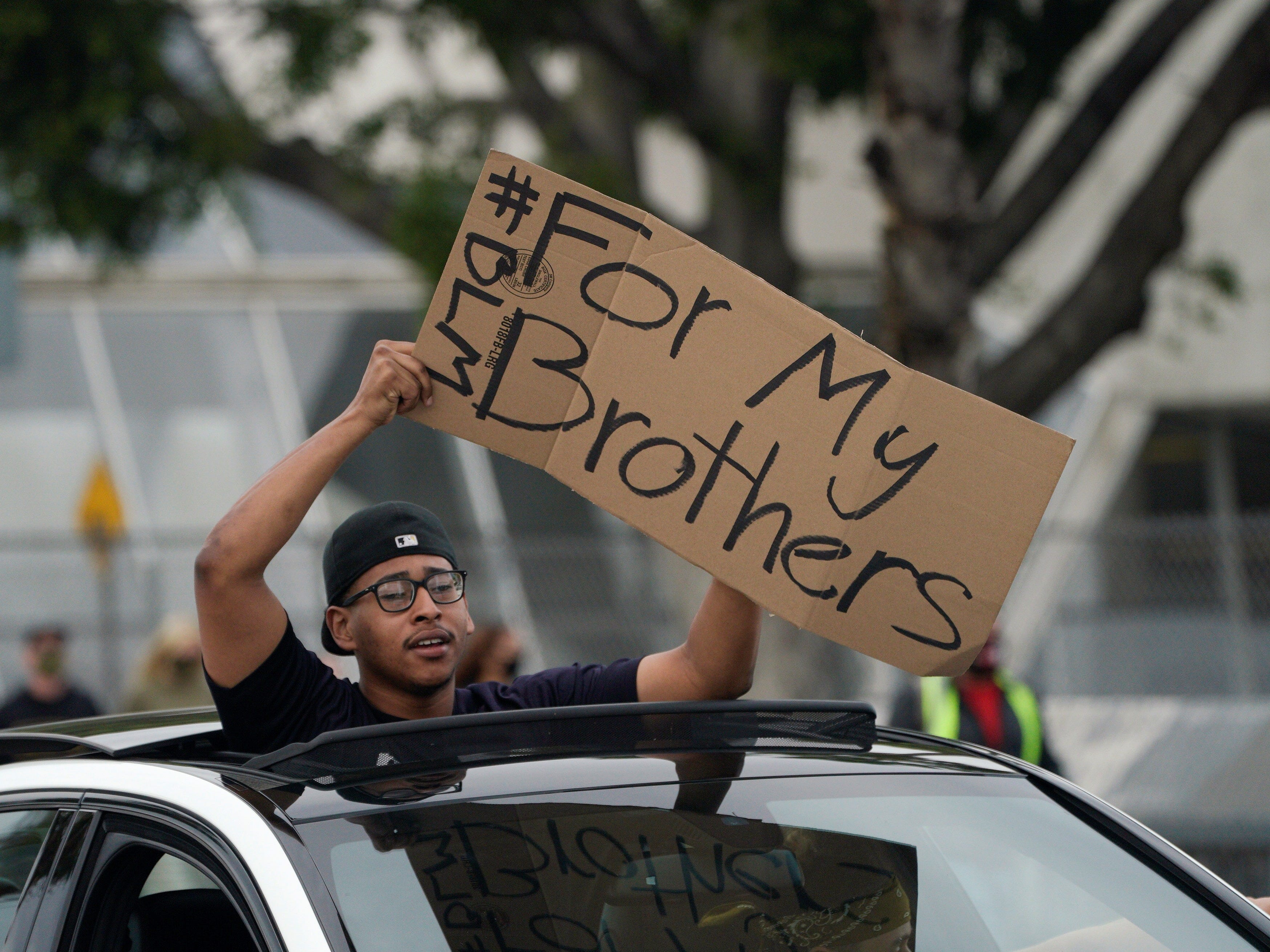 Kyle Grillot/ReutersA man holds a sign during a rally against the death in Minneapolis police custody of George Floyd, in Los Angeles, California, U.S., May 30, 2020

A protester marched with a sign asking, “How many weren’t filmed?” 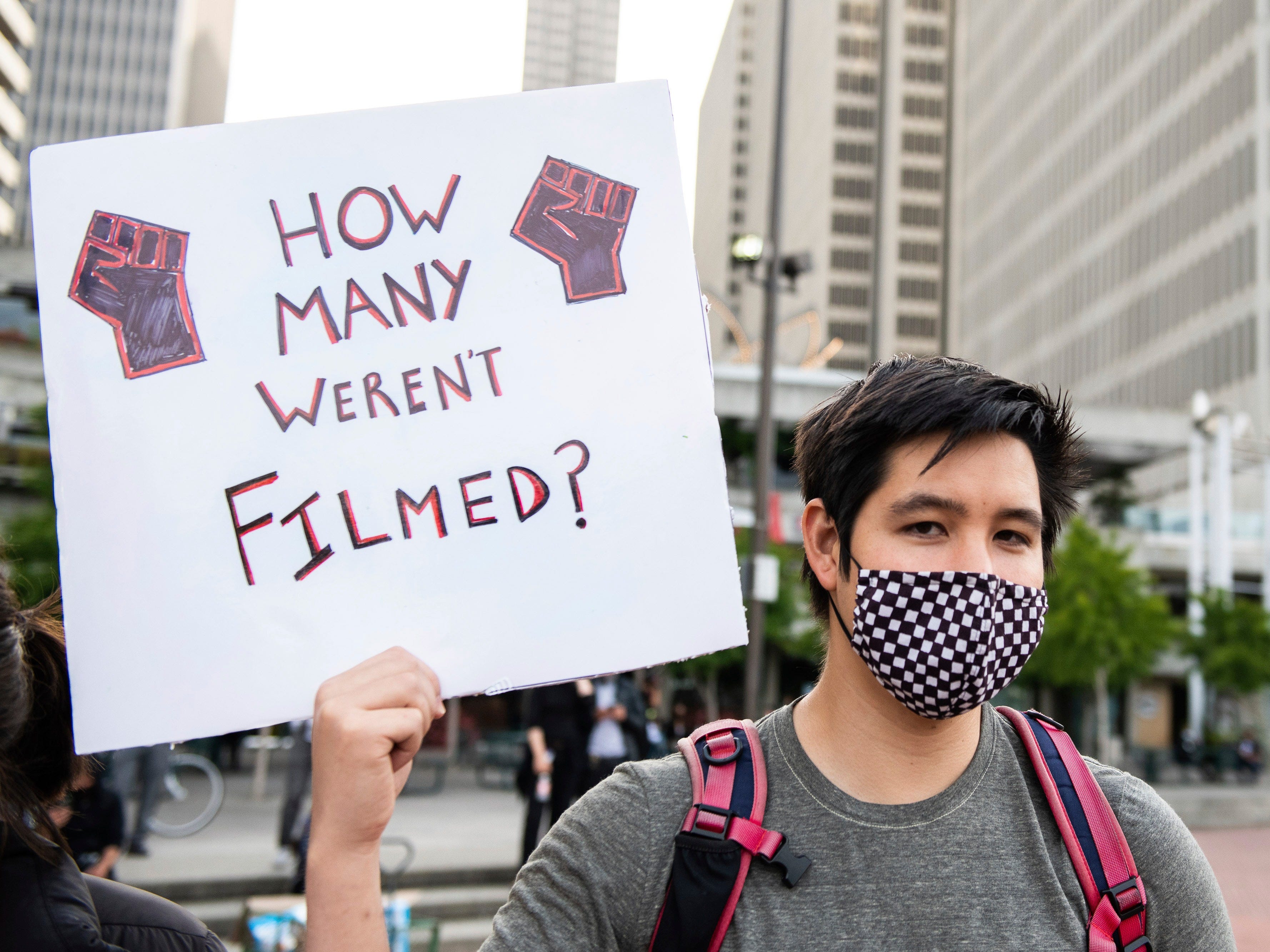 The sign appeared at a protest in San Francisco, California.

Some demonstrators used signs to declare their allyship. 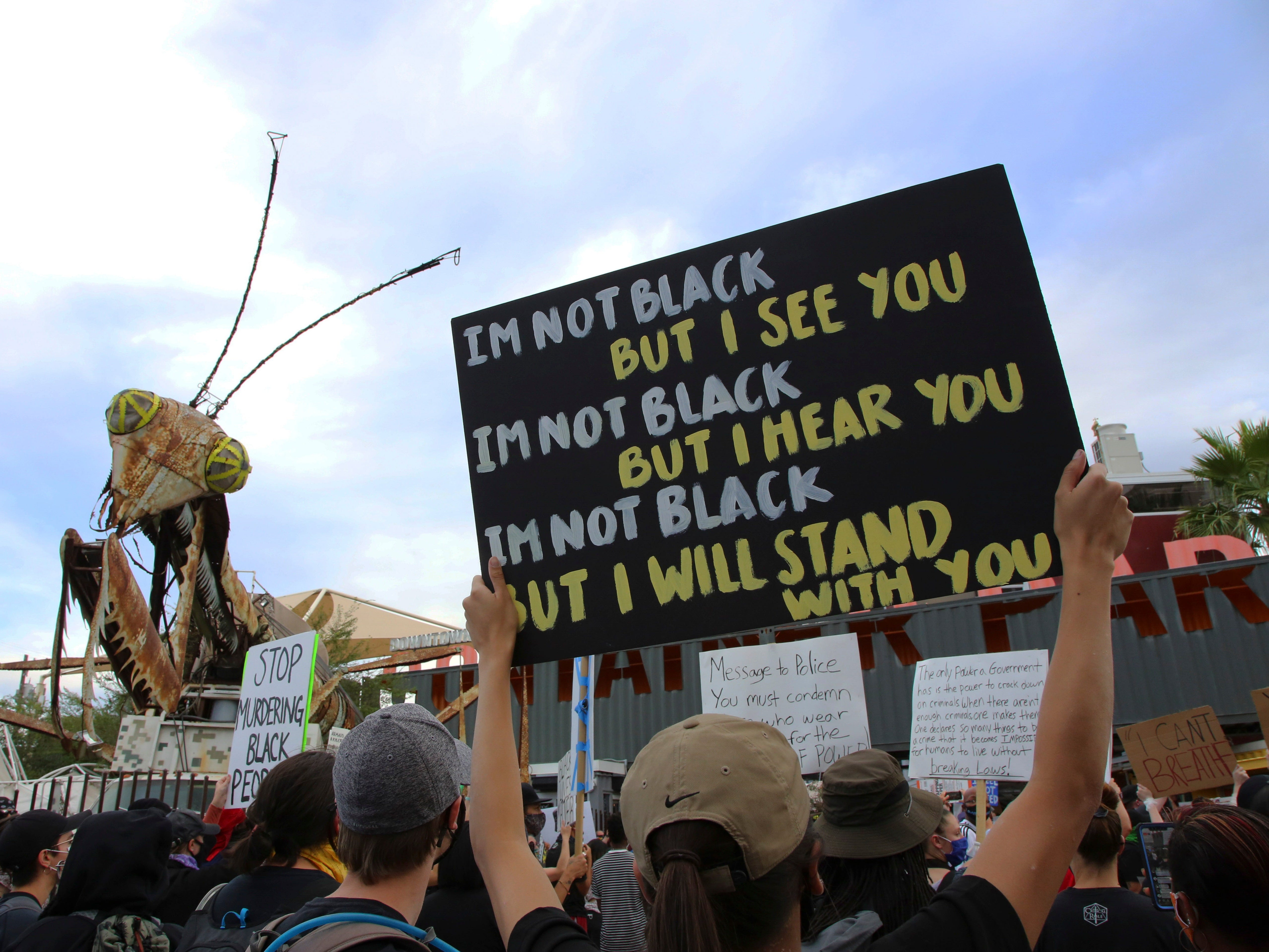 A protester turned an N95 mask into a protest sign in Santa Monica, California. 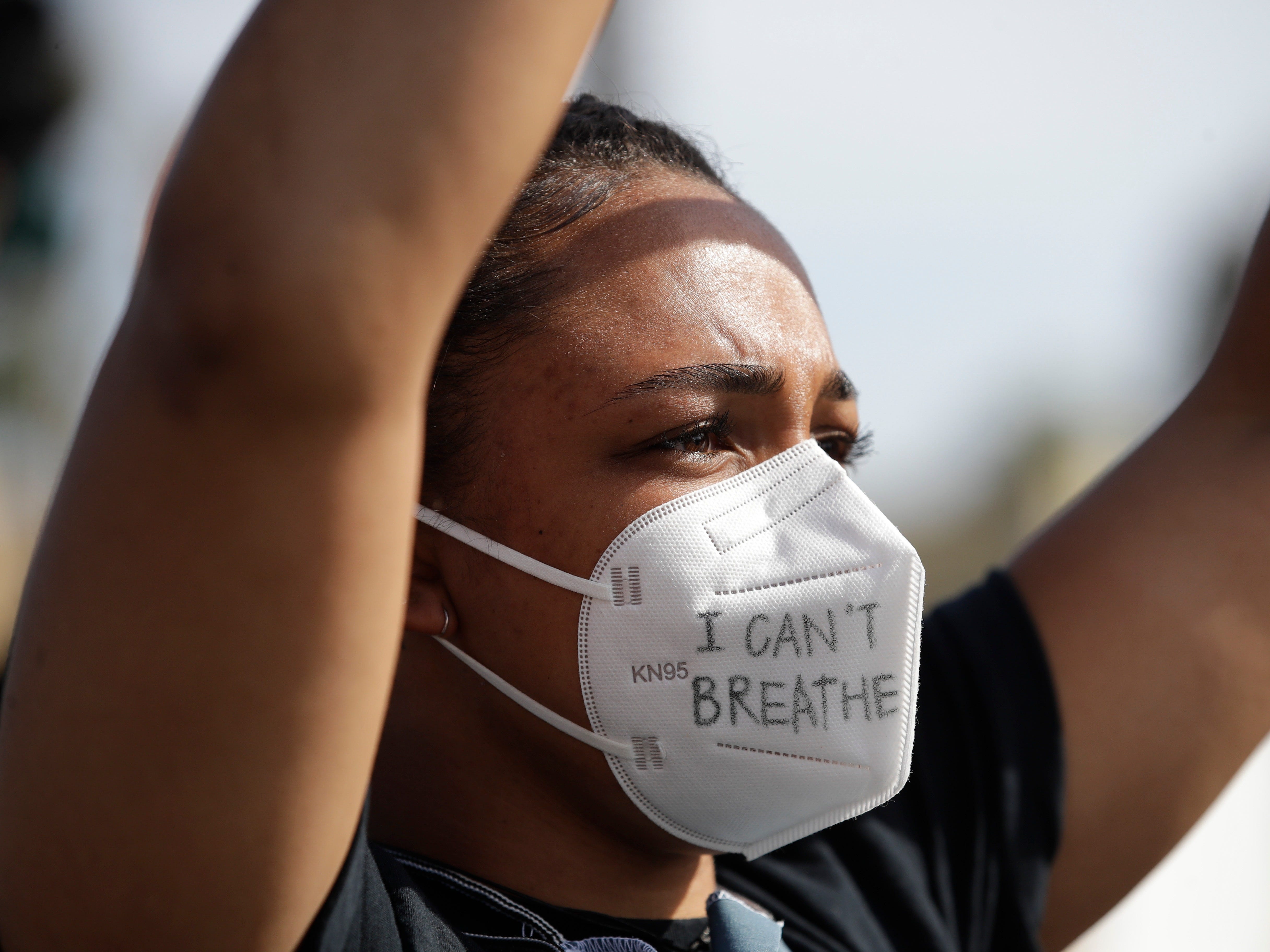