A teen activist in New Jersey received a $2,500 bill to pay for police presence at a Black Lives Matter protest she organised 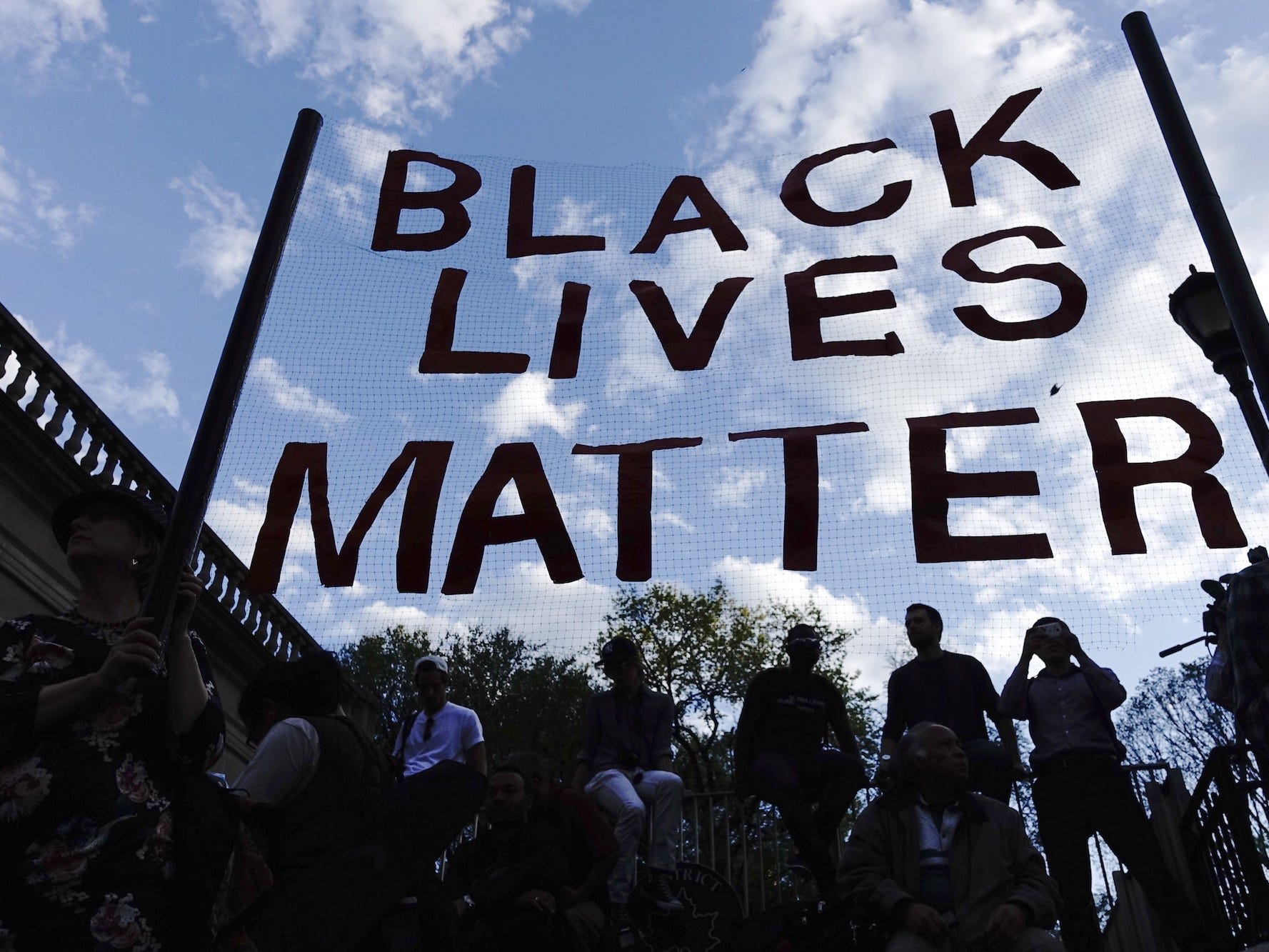 EDUARDO MUNOZ ALVAREZ/AFP via Getty ImagesPeople take part in a rally on April 29, 2015 at Union Square in New York, held in solidarity with demonstrators in Baltimore, Maryland demanding justice for an African-American man who died of severe spinal injuries sustained in police custody.

A New Jersey teenager was unexpectedly hit with a $US2,500 bill for organising a Black Lives Matter protest with only 30 people in attendance.

Emily Gil, an 18-year-old activist, said she informed officials in Englewood Cliffs, New Jersey, that she was mobilizing a protest set for July.

Mayor Mario Kranjac of Englewood Cliffs said the bill covered police presence and overtime hours, as city officials had sent over authorities to watch over the demonstration.

Gil, speaking to ABC7 New York, said she did not ask for police to be at the protest and characterised their presence as minimal.

Gil argued that the Republican mayor “sort of imposed a police presence on the protest.”

“He said, ‘So now that you’ve alerted me that this is going on, I’m going to have to send the police to you.’ So it wasn’t something that I specifically requested. It was something that he imposed on me,” she told ABC7.

In a letter to Gil explaining the $US2,500 bill, Kranjac said he sent over local law enforcement to protect those demonstrating and other citizens.

“I was shocked when I read the letter,” Gil said, according to ABC7. “I felt a little disrespected because the tone of the letter was kind of condescending.”

The protest lasted about 90 minutes, according to CBS New York.

When asked about the bill, Kranjac told ABC7, “We incurred expenses, which we often do when there’s outside events coming through town,” adding, “I sent her a bill for the police overtime.”

Kranjac also said that the bill was not unusual to send to event organisers.

“I’ve been consistent throughout,” he said. “If anyone does an event in town, we bill them.”

Gil, who said she responded to the bill but did not yet hear back, could not be reached for comment. Kranjac’s office did not immediately reply to a request from Insider for further comment.

Democratic lawmakers from Englewood Cliffs have condemned Kranjac for billing Gil, suggesting it discourages younger people from participating in activism and exercising their rights.

Protests against police brutality have been ongoing nationwide after the killing of George Floyd, a Black man in Minneapolis who died at the hands of police on Memorial Day.

Another wave of protests resurged within the past week following the shooting of Jacob Blake, a Black man whom police shot several times in the back.