REUTERS/Brendan McDermidA demonstrator holding up a Black Lives Matter sign during a protest over the death of Daniel Prude, a Black man. Police officers put a spit hood over his head during an arrest on March 23 in Rochester, New York.

Officials said the lawyers, Colinford Mattis and Urooj Rahman, threw a Molotov cocktail at an empty, already vandalised police vehicle and drove away.

The lawyers are now facing life in prison.

On June 6, after protests erupted following the death of George Floyd on May 25 as a Minneapolis police officer knelt on his neck for nearly nine minutes, the FBI said more than 13,600 protesters had been arrested. The Department of Justice said on Thursday that more than 300 people across 29 states had been charged with federal crimes connected to protests, accused of arson, assault, destruction of property, and more.

Protests have continued through the summer and were reignited on Wednesday after a grand jury opted not to charge police officers in Louisville, Kentucky, over the death of Breonna Taylor.

It’s unclear exactly how many protesters have been arrested since June, though President Donald Trump has repeatedly called for crackdowns on demonstrations and arrests are still happening.

Samuel Spital, the director of litigation at the NAACP Legal Defence and Educational Fund, described the recent charges against protesters as “deeply disturbing.”

“I think that the degree to which we’re seeing federal overreach and, in many states, state overreach, with efforts to bring extreme charges for conduct that is either innocent or quite low-level, is unprecedented,” he told Insider.

“I think there is a serious backlash to the protests that are designed to shine light on the epidemic of police violence against Black people in this country, and I think that this overreach is connected to that backlash,” he added.

Michael Loadenthal, a professor at Georgetown University and the executive director of the Prosecution Project, a research platform tracking criminal cases involving political violence in the US, told Insider that there were some “unique features” of the recent charges filed against Black Lives Matter protesters.

“It’s not precisely unprecedented, but certainly atypical,” he said. “Demonstrators are being charged using statutes which are not typically used.”

Violations related to low-level offences like property damage or other nonviolent offences are typically handled by state and local authorities. But Loadenthal said he’d seen at least 32 cases of demonstrators charged with misdemeanours being pursued at the federal level. 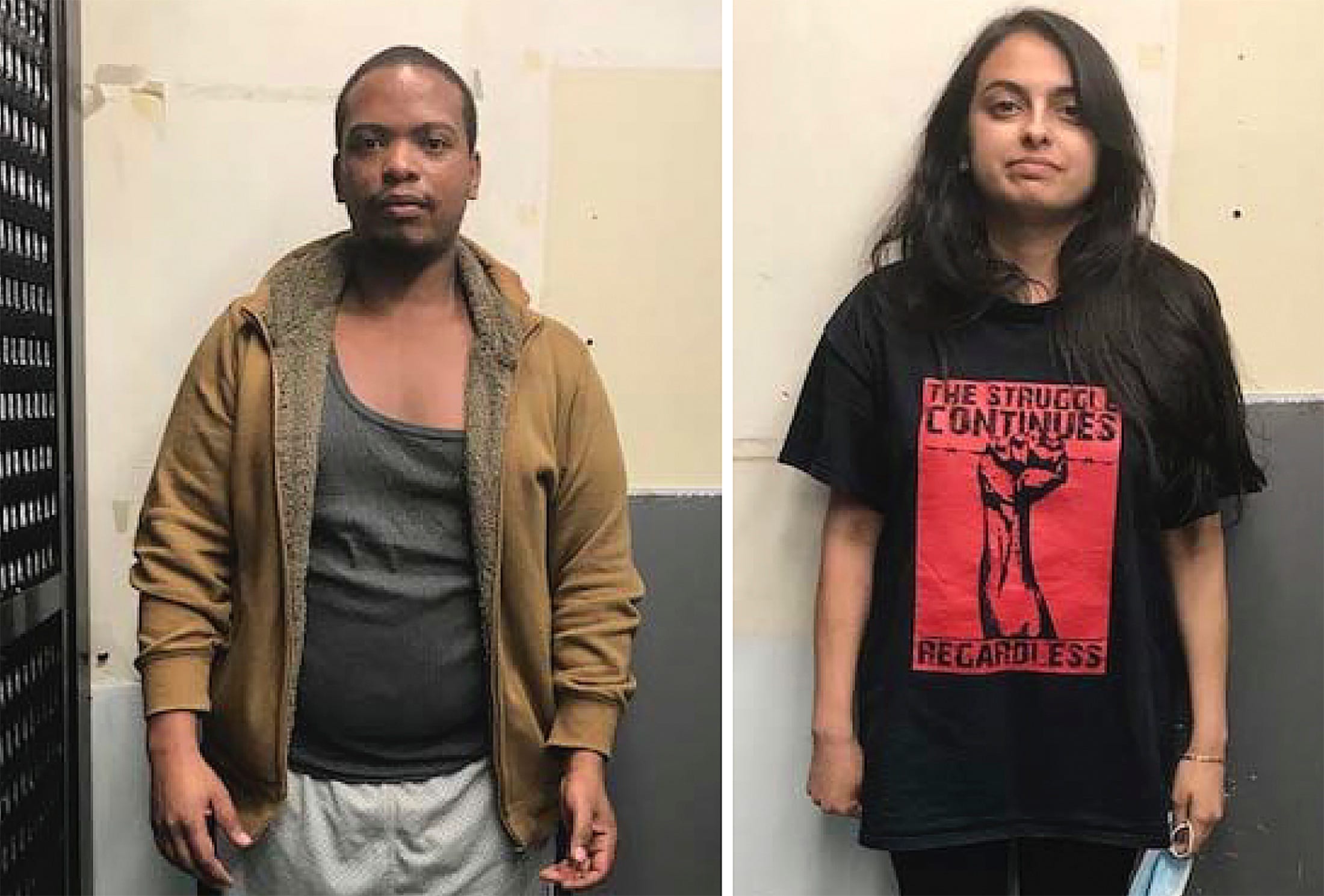 Additionally, the Justice Department accused at least 76 people of violating “interstate commerce” statutes, which typically refer to charges of drug or weapons trafficking, kidnapping, or making threats against government bodies.

Many interstate-commerce violations deal with the unlawful transport of weapons â€” typically guns â€” across state lines. In one instance in June, the US Attorney’s Office for the Middle District of Florida charged Ivan Jacob Zecher with unlawful interstate commerce after police officers found a Molotov cocktail in his backpack that had been made using a Patron tequila bottle. Prosecutors said the charge was valid because the tequila bottle was manufactured in Mexico and shipped to the United States.

Both Mattis and Rahman were charged with arson in interstate commerce in connection with a police-van fire during a Black Lives Matter protest on the night of May 29 in Brooklyn’s Fort Greene neighbourhood.

A criminal complaint seen by New York magazine said prosecutors alleged that Rahman leaned out of Mattis’ van and threw a Bud Light bottle that was filled with gasoline and had a toilet-paper fuse through a broken window of an empty police car, causing the vehicle to ignite.

“The US attorney in Brooklyn took these cases very seriously and sought out the harshest provisions that he could,” Rahman’s lawyer, Paul Shechtman, told Insider.

A legal expert speculated to The Appeal that Rahman and Mattis were charged with arson in interstate commerce because the New York Police Department receives federal funding and supplies â€” including vehicles like the one burned â€” from out of state.

Dozens of lawyers have since criticised the charges.

Rahman and Mattis aren’t alone in facing serious charges, and right-to-protest laws are getting stricter

Court-records data published by The Associated Press last week shows that Rahman and Mattis aren’t alone. At least 60 people have been charged with arson, 37 with illegal possession of a firearm, and 30 with assaulting, impeding, or intimidating a federal employee or officer in connection with the protests.

Seven protesters in Salt Lake City were briefly facing life in prison after prosecutors said they covered the District Attorney’s Office with red spray paint. The charges have since been downgraded, though the protesters still face five to 15 years behind bars.

Meanwhile, data compiled by the International Centre for Not-For-Profit Law shows that 40 states have in recent years considered restricting the right to peaceful assembly.

Since 2017, the agency said, 25 state and local laws have been enacted that restrict the right to protest. 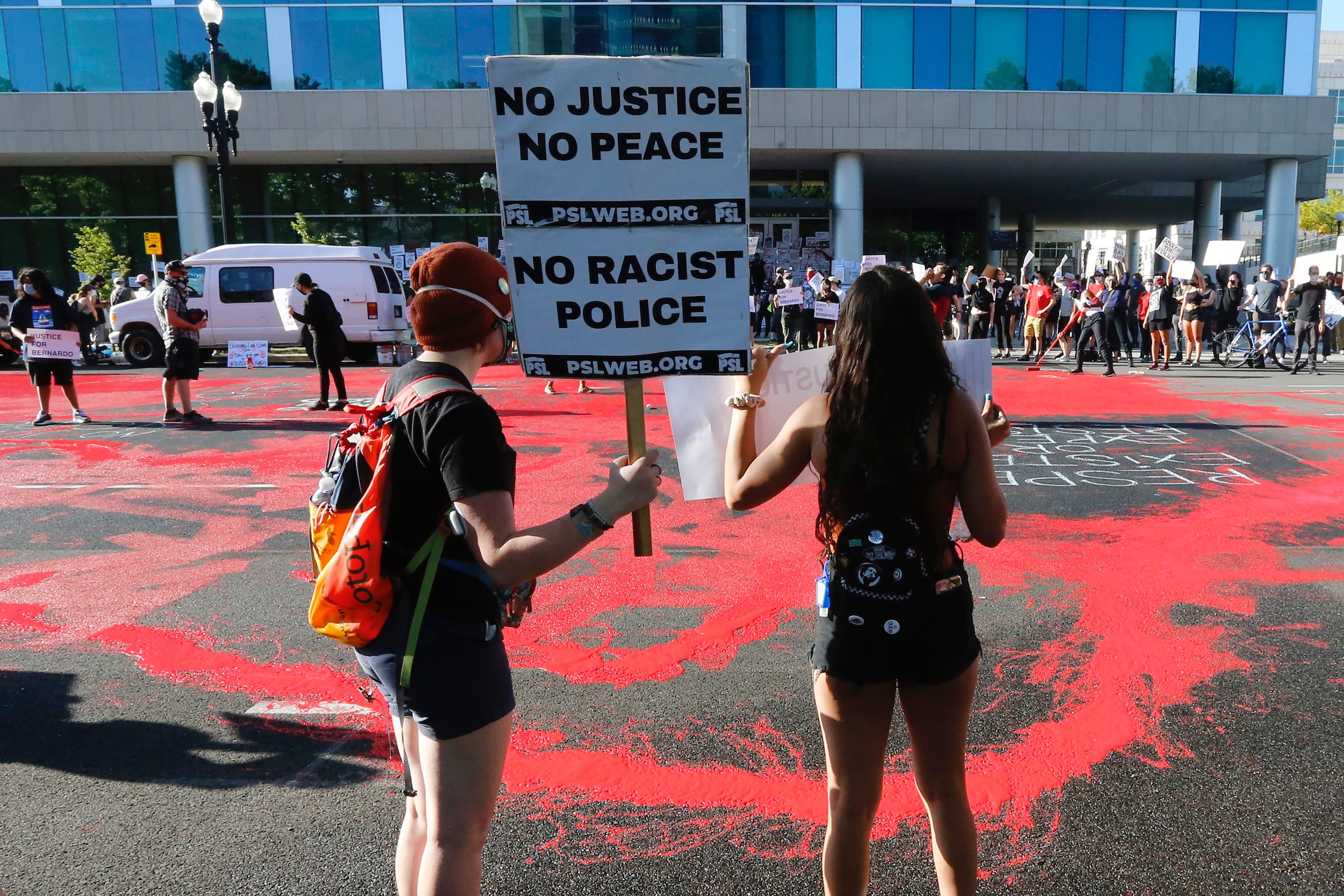 AP Photo/Rick BowmerProtesters gather in front of the district attorney’s office in Salt Lake City, where demonstrators covered the street in red paint, in July.

“These legislative efforts were designed to curtail a rising and increasingly cross-pollinating intersection of social movements,” Loadenthal said, adding that demonstrations from the Black Lives Matter movement to the antifascist movement to the movement against the Dakota Access Pipeline had led to stricter right-to-protest laws.

He said there seemed to be an “intentional strategy” used by the federal government to increase consequences and charges against those who engage in disruptive demonstrations.

“Seemingly this is being done to dissuade people from engaging in effective political action outside of the state’s mandate â€” to ‘chill dissent,’ as the courts have called it,” he said. “A lot of these antiprotest laws are designed to make something more illegal because of its political focus and because it accomplishes its goal of disrupting capital flows.”

Larry Hildes, a civil-rights lawyer and member of the National Lawyers Guild, told Insider that there’d been a “gradual ratcheting up” of restrictions over decades.

“It’s clearly intended to scare some people out of the streets,” Hildes said. “It’s designed really to drive people out in silence. So that terrifies me.”

While experts told Insider that the sheer number of charges and severity of sentences related to this summer’s Black Lives Matter protests were unprecedented, federal involvement in local cases is nothing new. Federal officials often get involved in hate crimes and gang-related activity and have previously charged protesters. 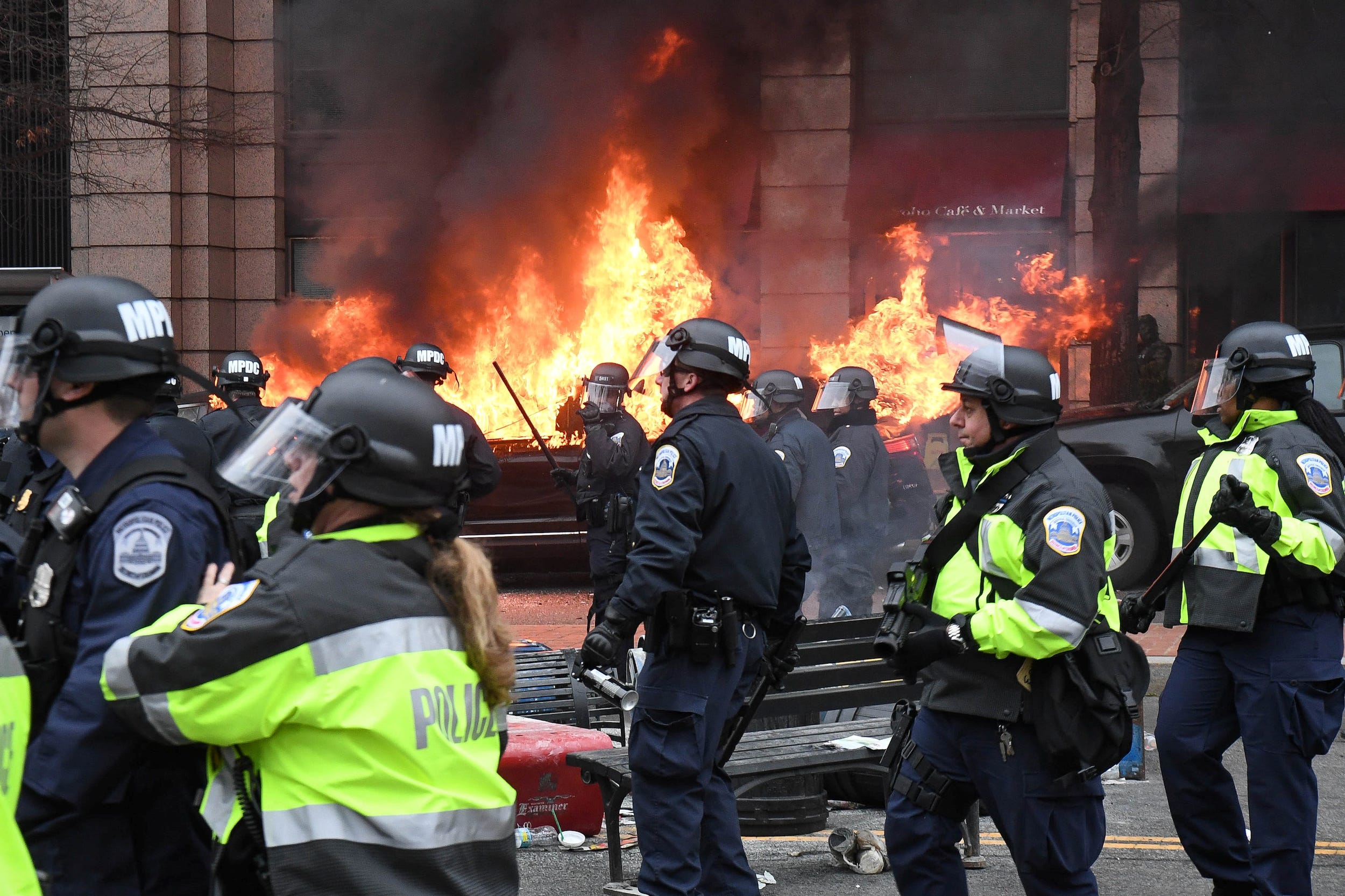 Bryan Woolston/ReutersPolice officers move protestors away from a car that was set on fire during protests near President Donald Trump’s inauguration in Washington, DC, on January 20, 2017.

After the Inauguration Day protests in 2017, dozens of people were charged with federal crimes. After a year and a half of back-and-forth in federal court, charges against the protesters were dropped.

It’s unclear what will happen to the more than 300 people facing federal charges following this year’s protests.

Hildes and Spital told Insider that the federal government needed to be held accountable for the “overreaching charges” against protesters.

Still, Spital encouraged people to keep protesting, because, he said, that’s what leads to change.

“As with other moments in our history where there has been a reckoning … it has always been the result of grassroots organising and grassroots protesting. It’s a very important tool to kind of awaken the nation’s consciousness.”