7 ways Black Friday shopping changed this year due to the pandemic, from sales starting online in October to empty stores 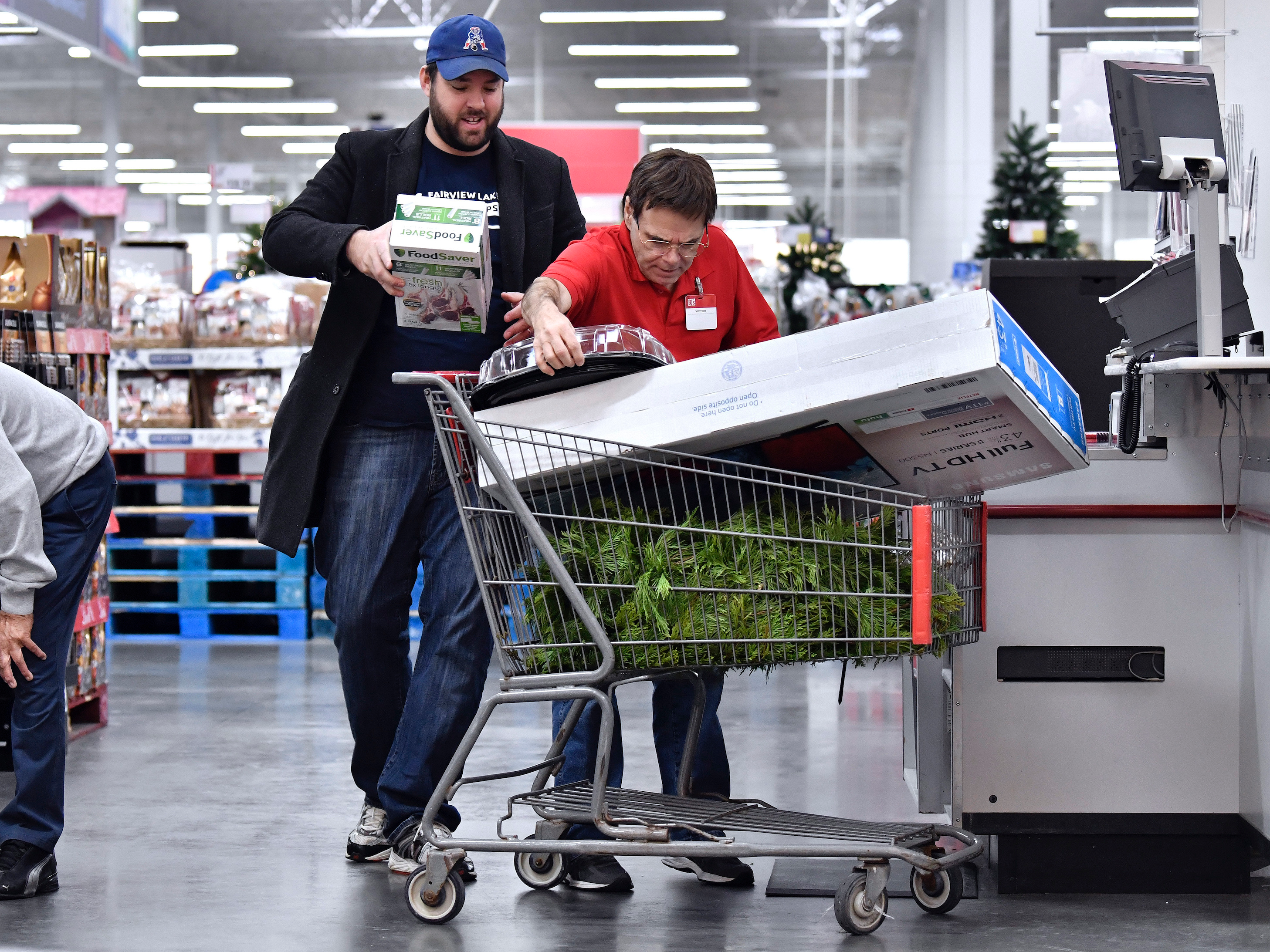 Black Friday looked different this year, and some are theorizing that it will never look the same again.

The entire holiday shopping season was upended by the coronavirus pandemic, with sales that started earlier and were mostly online. Retail trade group the National Retail Federation said that nearly 69% of retailers that responded to a survey said they expected consumers to start their holiday shopping in October, and the sales have been going ever since.

The organisation projected that overall holiday spending would be slightly down, at $US997.79 per consumer, but 60% of shoppers in its survey said they planned to do at least some holiday shopping online, in a year when e-commerce has boomed. Analysts from eMarketer predicted that holiday spending this year would total about $US1 trillion, with a slight decrease in in-store sales but a 35% jump in online sales.


Read more: Retailers are struggling to attract seasonal workers for what experts anticipate will be a ‘tough holiday season’

The analysts predicted that as shoppers avoid crowds and are drawn in with monthlong sales, e-commerce spending would make up about $US190 billion of the $US1 trillion in holiday spending. So far, stores look mostly empty, while it remains to be seen if the bulk of online orders will exceed the capacity of shipping companies and cause delays.

Here’s how Black Friday is different this year.

Black Friday is no longer just one day 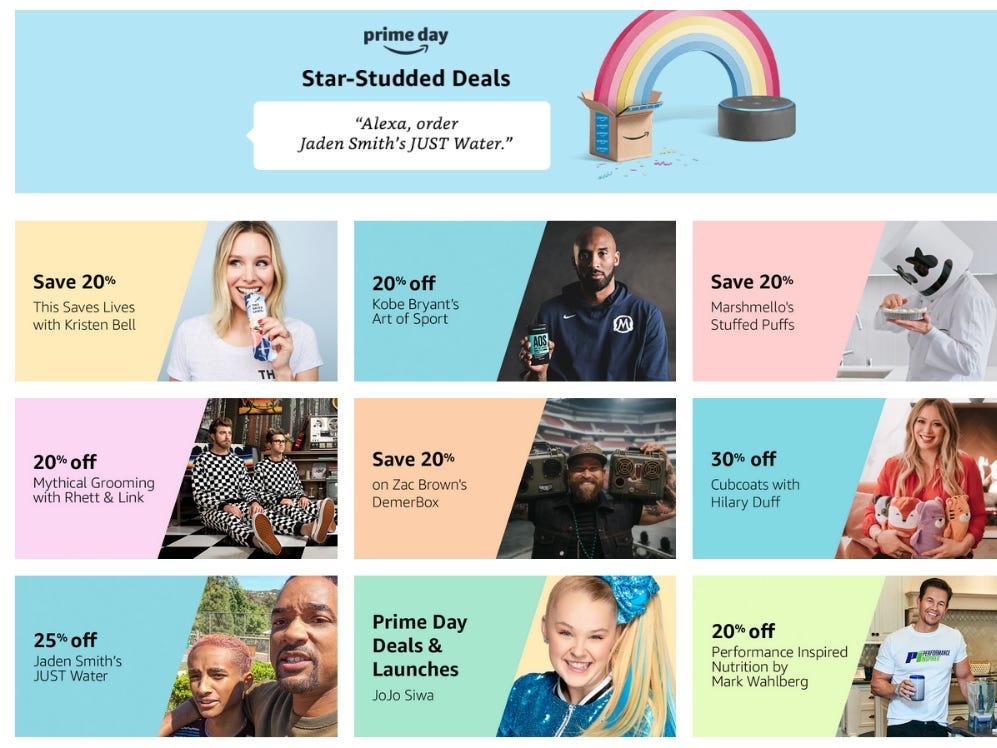 Black Friday’s remaining connection to its namesake day is tenuous, at best. Sales arguably started with Amazon’s Prime Day in October, which itself was spread across two days. Other stores like Walmart responded with similar sales, kicking off the holiday shopping bonanza in a year of huge e-commerce growth.

“I don’t even know if I’d call it Black Friday anymore,” Boston Consulting Group’s head of retail, Nate Shenck, told Business Insider. Walmart, Target, and Best Buy, traditionally three of the biggest Black Friday sellers, each opted to spread deals across the entire month of November, instead of concentrating them on the day after Thanksgiving.

A major change from previous years was spreading sales across the month instead of packing them into one day. Deals were be divided by type of product, so electronics shoppers wouldn’t have to fight with home-goods buyers and parents picking up last-minute toys.

No more lining up in the middle of the night 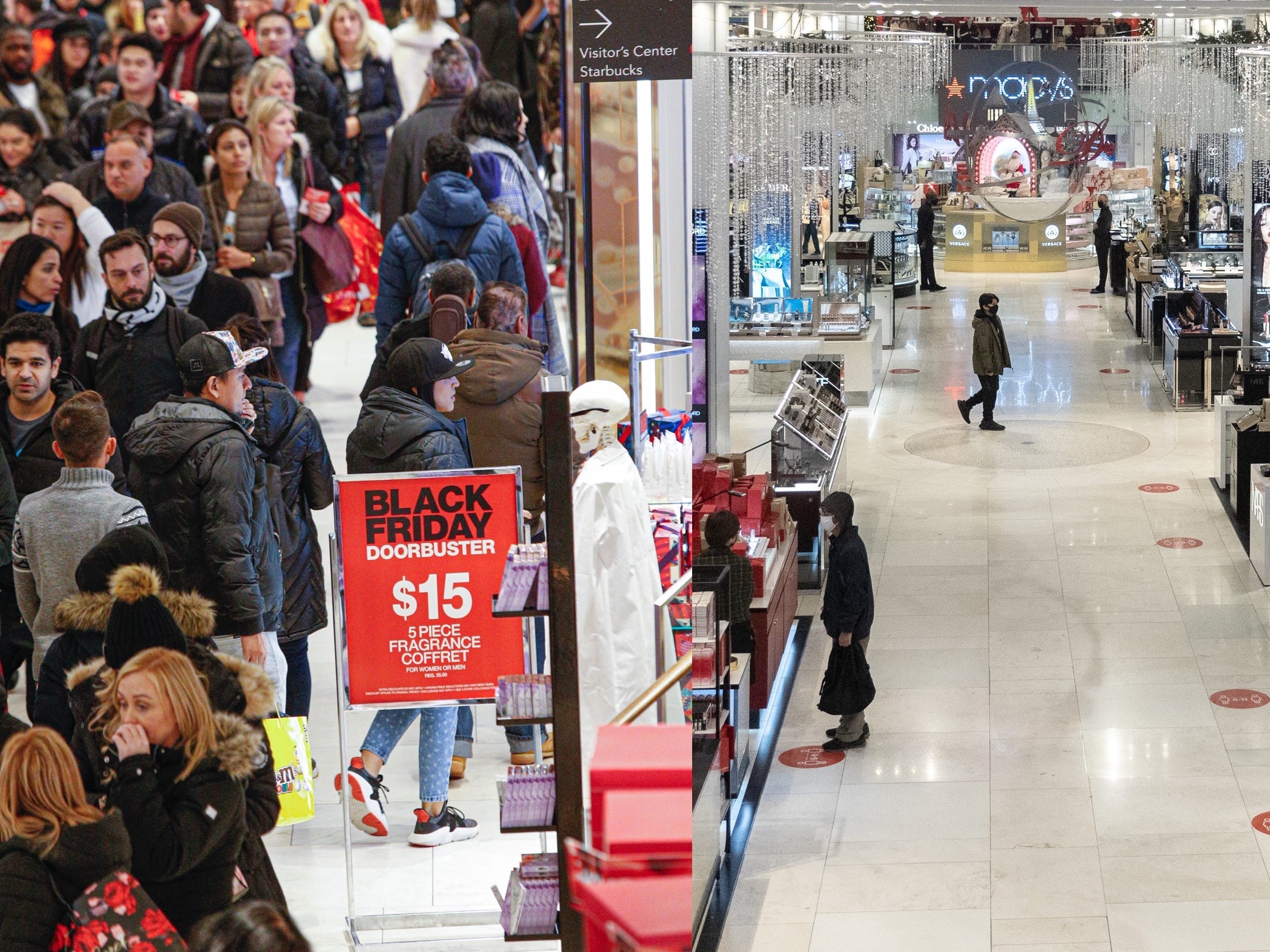 Black Friday sales previously crept earlier and earlier, into Thanksgiving itself as some stores released the biggest sales before dinner was even over. This year, though, most retailers reversed that trend, and may have ended it for good.

Most stores did not open on Thanksgiving this year, even the ones that traditionally have like Walmart and Target. On Black Friday, they opened slightly earlier than normal, but midnight openings were rare. JC Penney, Kohl’s, Dick’s Sporting Goods, and other were among the earliest, opening at 5 a.m.

Though deals were spread across the month, actual hours on Black Friday were cut from past years, which experts cautioned could lead to more crowding. 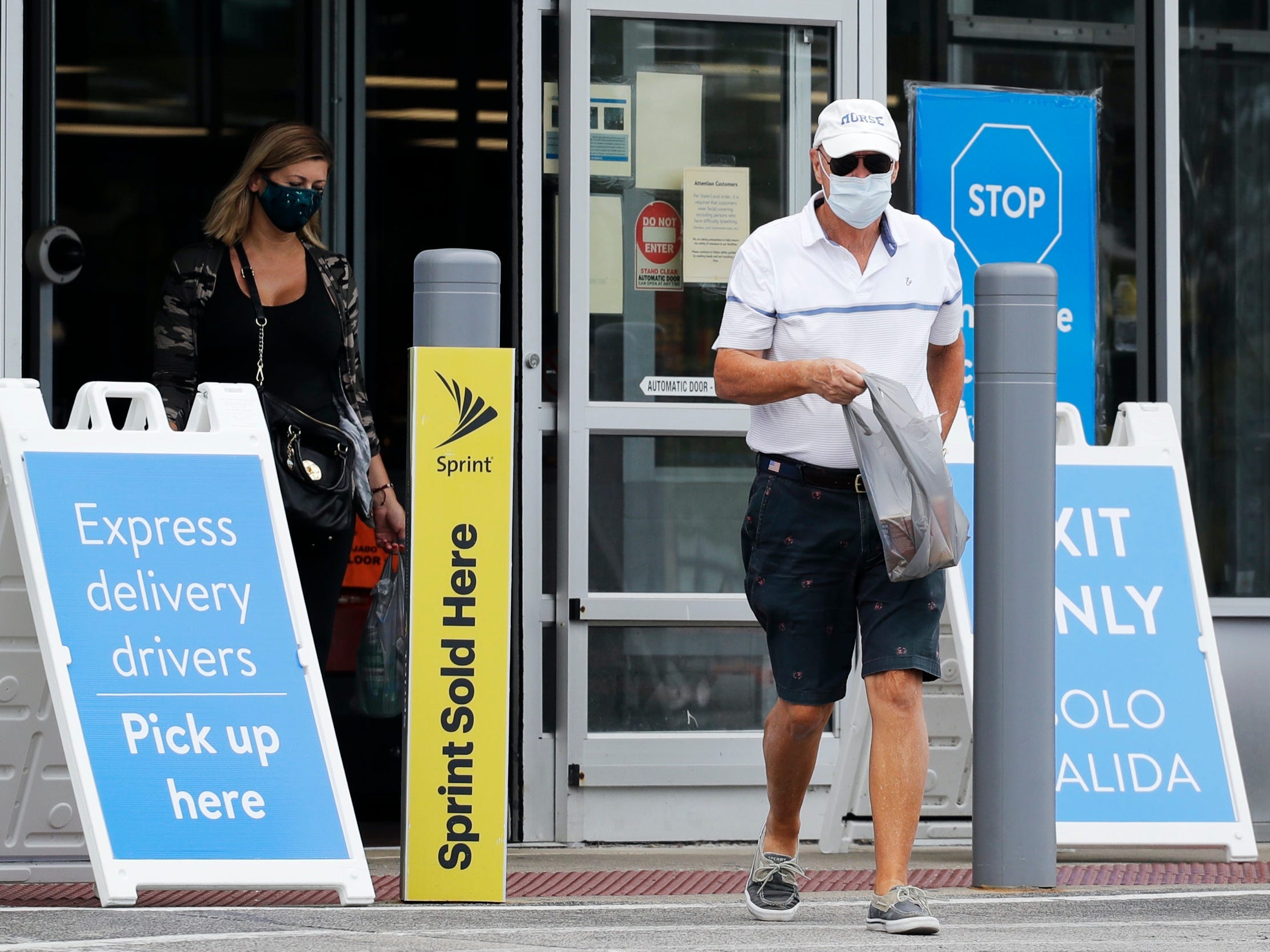 Consumers couldn’t walk inside stores this year without being intensely aware of the pandemic going on. Retailers had to make shoppers feel safe. For Walmart’s coronavirus pandemic measures, stores were limited to 20% of capacity, and Walmart just started counting customers going in and out of stores again as COVID-19 cases rise.

Each shopper was offered a sanitised cart when they entered the store, and “health ambassadors” reminded them to wear masks on Black Friday, according to Walmart.

“We’re reinforcing our messaging to customers, members, and associates regarding wearing face coverings, social distancing, and other safety measures,” Walmart said in a third-quarter earnings call.

Target and Best Buy, along with Walmart, required customers to wear face masks and limited the number of people allowed inside. Each store also emphasised specific cleaning procedures, and many had floor markings and signs encouraging six feet of distance between people where possible.

Many stores were much less busy 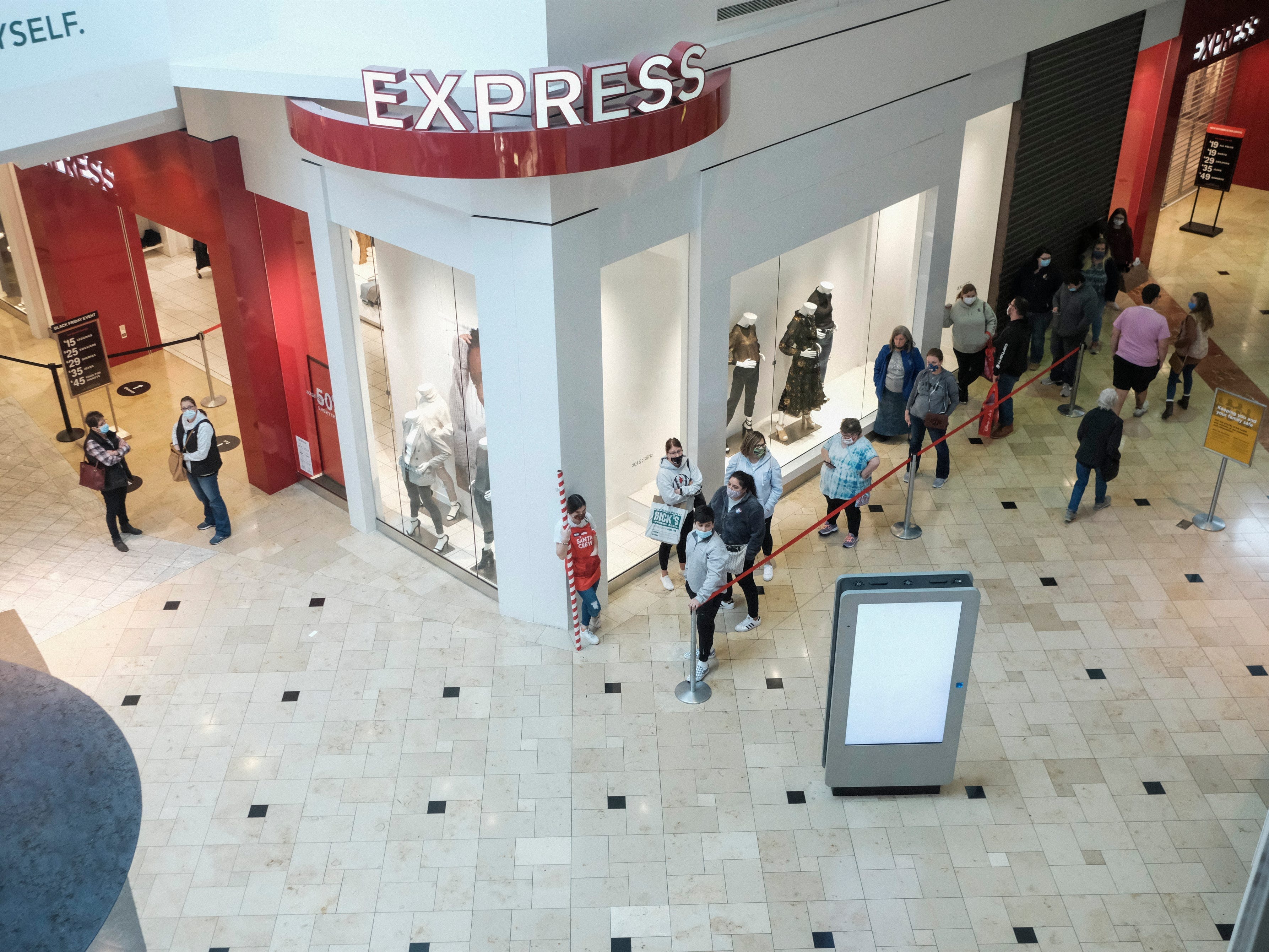 Photos of stores so far on Black Friday have shown them to be much emptier than in years past. The flagship Macy’s store in New York City was nearly empty, and photos from social media showed malls and retailers across the country lacking the usual crowds. Walmart and other retailers were also prepared to keep stores at lower capacities, if necessary.

People likely stayed home because of the coronavirus, which is surging across the country. The CDC classified shopping on Black Friday as a “higher-risk activity,” and experts warned even with masks and social distancing, there was still some danger of infection.’

“Going during off-hours, low crowd times, and having a plan when you’re going to these stores is going to be critical,” Jill Weatherhead, an assistant professor of infectious disease at Baylor University, told Business Insider. Dr. Stephen Kissler at the Harvard School of Public Health said that he wouldn’t be shopping on Black Friday, and said that he “personally would try to take measures to do it more safely, mostly online.”

It’s easier than ever to order delivery or curbside pickup 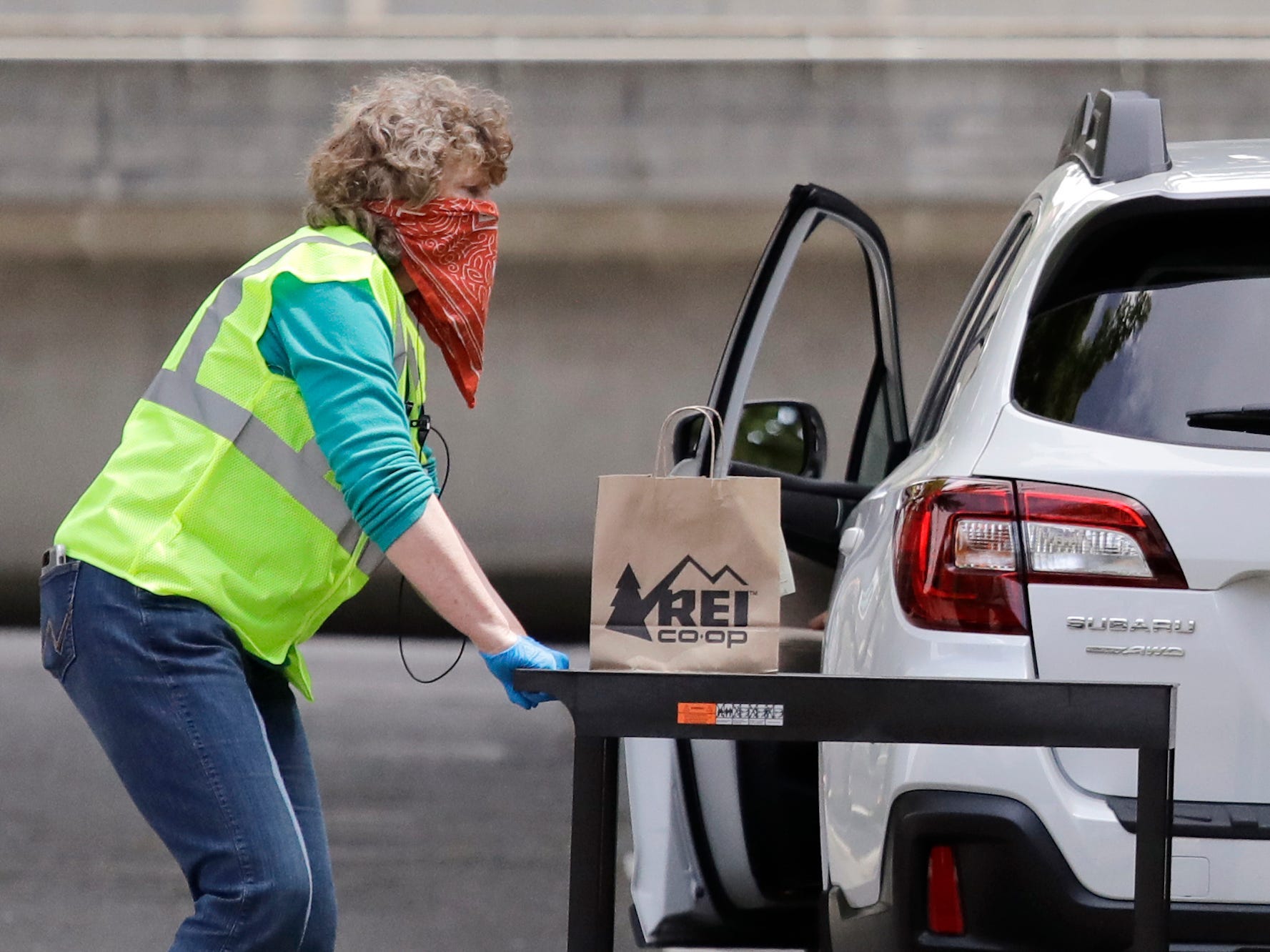 Along with spreading sales throughout the month, retailers’ other main strategy was encouraging customers or order online or buy using curbside pickup.

In their holiday plans, Best Buy and Target focused statements on options to get orders without going inside stores. That may be appealing to customers who want to avoid crowded stores during a pandemic, though it could backfire if mail systems are overwhelmed and packages arrive late. Target also doubled parking spots for contactless pickup and created a tool to let customers check if their store has a line before they arrive.

Though in-store shopping was down on Black Friday this year, online shopping has been way up. On Thanksgiving, people spent $US5.1 billion online, up over 21% from last year according to Adobe Analytics data. Big e-commerce spending continued throughout the month, with over $US1 billion in sales each day in November. These numbers suggest that companies “successfully moved shoppers to buy earlier in the season with early discounts and effective promotions,” according to Adobe.

By Thanksgiving, online shoppers had spent $US71 billion in November, which doesn’t include data from Black Friday. The day “has become less of a physical event and more of a virtual event in the last five to six years,” senior vice president at Kantar Retail Dave Marcotte told Business Insider.

The biggest items aren’t on sale 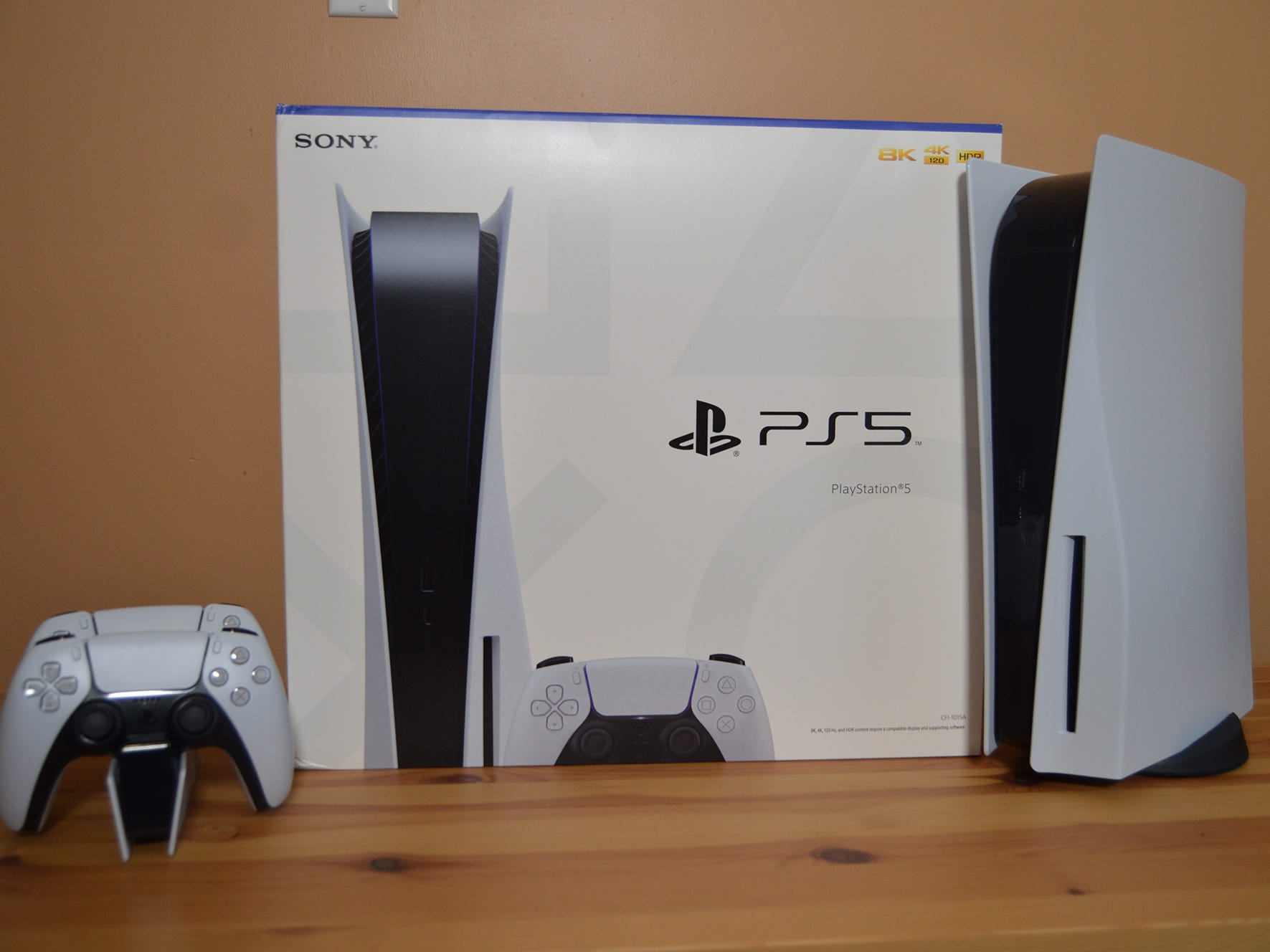 The exception to a decentralized, quieter Black Friday has been video game retailers, where consumers are waiting for hours just for the chance to buy a new PlayStation 5.

With high demand for the console and limited supplies, PlayStations get bought up nearly as soon as they are restocked, and are reselling for double or more the $US500 price tag, Business Insider’s senior correspondent Ben Gilbert reported. Some extreme fans even started camping outside of GameStop stores on Wednesday for the chance to buy the console on Friday.

The PlayStation 5 isn’t discounted at all. The long lines are due to the console’s scarcity.