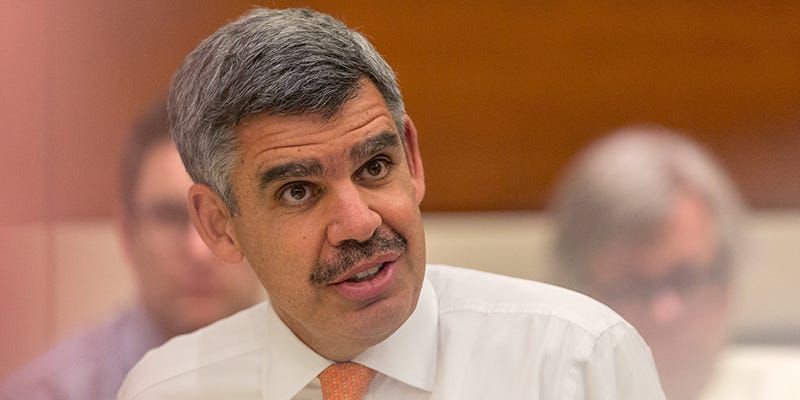 Mohamed El-Erian
Bitcoin’s momentous rally in the last three months holds “important messages” for governments and central banks in the US and Europe, economist Mohamed El-Erian said in a Bloomberg op-ed on Thursday.

The latest flurry of bitcoin adoption by companies like Tesla and Square has broadened the discussion for other companies to consider using it as a form of payment and store of value, which are the key characteristics of money, El-Erian said.

That sends a clear message to countries with globally-used currencies, like the euro and the dollar: “Take a lot more seriously both the technology underpinning cryptocurrencies and, on the more worrisome side, the potential of a growing migration away from traditional money and its implications for the effectiveness of monetary policy and the ability to profit from issuing currency (“seigniorage”),” El-Erian wrote.

Apart from corporate endorsement, crypto traders have also been drawn to bitcoin by factors such as fears over an uptick in inflation, risks of the declining dollar, and the consequent search for a safe haven. These reasons bring about higher threats to future financial stability because risk-mitigation is now attracting a more volatile component, El-Erian said.

According to him, the appeal of bitcoin lies in the possibility of making quick, outsized gains. “This is part of a more general phenomenon of excessive risk-taking that is playing out in many segments of the financial markets – from record debt issuance and the notable compression of risk spreads on the lowest-rated high yield bonds to the proliferation of celebrity SPACs and the meme-stock phenomenon,” he said.

At its nascent stages, the concept of bitcoin was dismissed as short-lived and irrelevant. But officials should no longer view it narrowly, he said. “What is happening to the price of Bitcoin is indicative of broader developments that are relevant to the design and effectiveness of policies,” El-Erian said.