The main argument for owning bitcoin is 'sheer price appreciation,' not diversification or inflation protection, Bank of America says 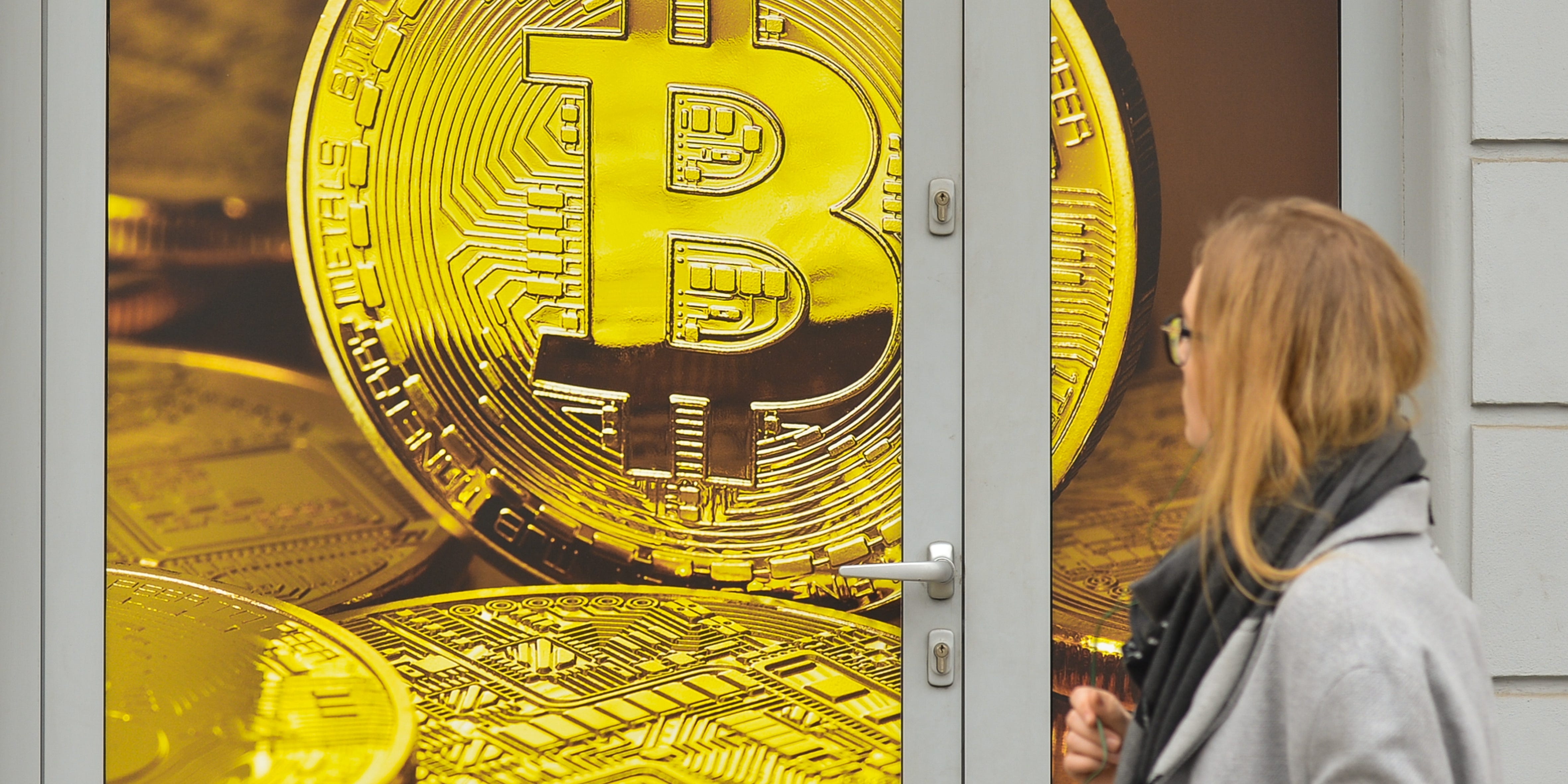 NurPhoto/Getty ImagesRobinhood reported a surge in interest in bitcoin from women
Bank of America says there’s no other reason for investors to own bitcoin in their portfolios other than hoping the price will rise.

A team led by commodity strategist Francisco Blanch said in a report published Wednesday that there’s “no good reason to own bitcoin unless you see prices going up,” and the coin doesn’t offer portfolios diversification benefits or inflation protection.

The strategists noted that a frequent argument advanced by bitcoin investors in the past year is that the coin’s fixed supply could protect portfolios against inflation, though BofA data concludes “inflation hedging benefits are not particularly apparent.”

“Looking year by year, we find that Bitcoin has been positively correlated with CPI inflation in 5 out of the 9 past years, with the largest correlations in 2014 and 2018…However when looking at correlations with inflation surprises since 2011, we find that Bitcoin has among the lowest co-movements, lagging most asset classes such as commodities, TIPS, and EM FX in particular,” BofA noted.

The strategists also said that bitcoin has become correlated to other risk assets, diminishing its diversification benefits. BofA data found bitcoin is positively correlated with stocks and commodities, and neutral/slightly negatively correlated to haven assets such as the dollar and US treasuries.

The price of bitcoin has skyrocketed roughly 953% over the last year, and BofA found that the cryptocurrency has significantly high risk-adjusted returns when adjusting for volatility compared to other assets.

“As such, the main portfolio argument for holding Bitcoin is not diversification, stable returns, or inflation protection, but rather sheer price appreciation, a factor that depends on Bitcoin demand outpacing supply,” added BofA. 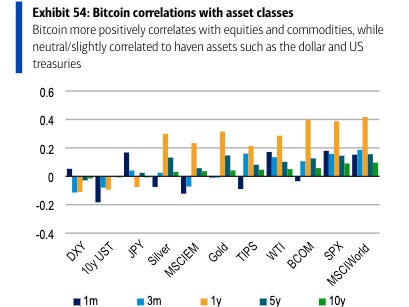 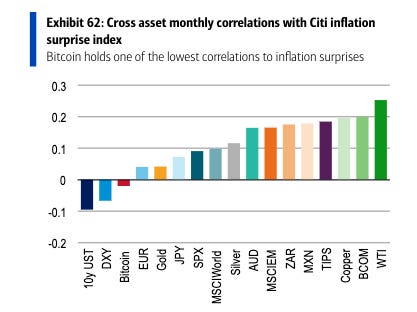