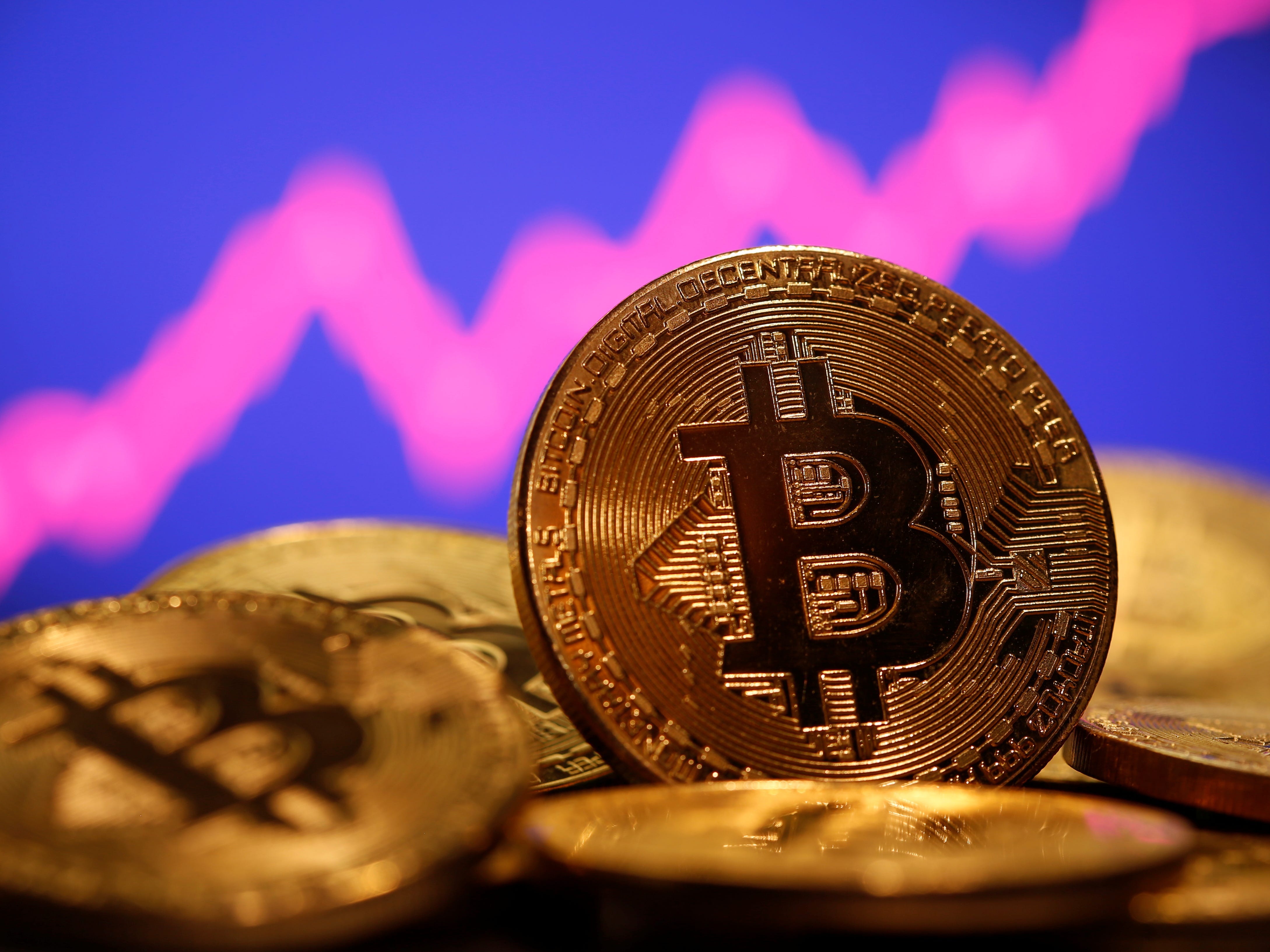 Dado Ruvic/ReutersBitcoin has surged more than 300% in just a year, hitting a new all-time high on Friday before slipping back

Consumers who invest in cryptocurrencies could well “lose all their money”, the UK’s financial regulator has warned, as the volatile Bitcoin price slides back from an all-time high of almost $US42,000.

Bitcoin’s startling rise of more than 300% over the last year has captured the attention of the public and institutional investors alike. But the cryptocurrency is highly volatile, and dropped around 15% from a record-high of around $US41,800 on Friday to $US34,645 on Monday.

The mania for cryptocurrencies has also attracted the watchful eyes of financial regulators across the world. They worry that amateur investors could be sucked in, only for currencies like Bitcoin to collapse in value, as they did in 2018.

Britain’s Financial Conduct Authority (FCA) put it starkly: “If consumers invest in these types of product, they should be prepared to lose all their money.”

BANK OF AMERICA: Buy these 10 Dow stocks to take advantage of rich dividends and a long-term strategy primed for a comeback in 2021

The watchdog said it was worried by some firms offering investments in, or products linked to, cryptocurrencies as they seek to capitalise on the rally.

It said in a statement: “Significant price volatility in cryptoassets, combined with the inherent difficulties of valuing cryptoassets reliably, places consumers at a high risk of losses.”

“The complexity of some products and services relating to cryptoassets can make it hard for consumers to understand the risks,” it added.

“There is no guarantee that cryptoassets can be converted back into cash. Converting a cryptoasset back to cash depends on demand and supply existing in the market.”

The FCA also stressed that cryptocurrencies such as Bitcoin are largely unregulated. It said investors would be unlikely to have recourse to compensation or complaints “if something goes wrong”.

What does the Democrat sweep actually mean for investors? We spoke to 5 investing experts to find out how to make the most of Biden’s blue Congress

Regulators are attempting to tighten rules around cryptocurrencies, however. Since Sunday, the FCA has required all UK cryptocurrency firms to be registered with it as part of regulations to tackle money laundering.

The US Financial Crimes Enforcement Network in December floated the idea that companies could be required to collect information on the holders of cryptocurrency wallets.

Twitter chief executive Jack Dorsey, who also runs payments company Square, is among the many critics of the idea, for whom the unregulated nature of cryptocurrencies is one of the main attractions of the market.