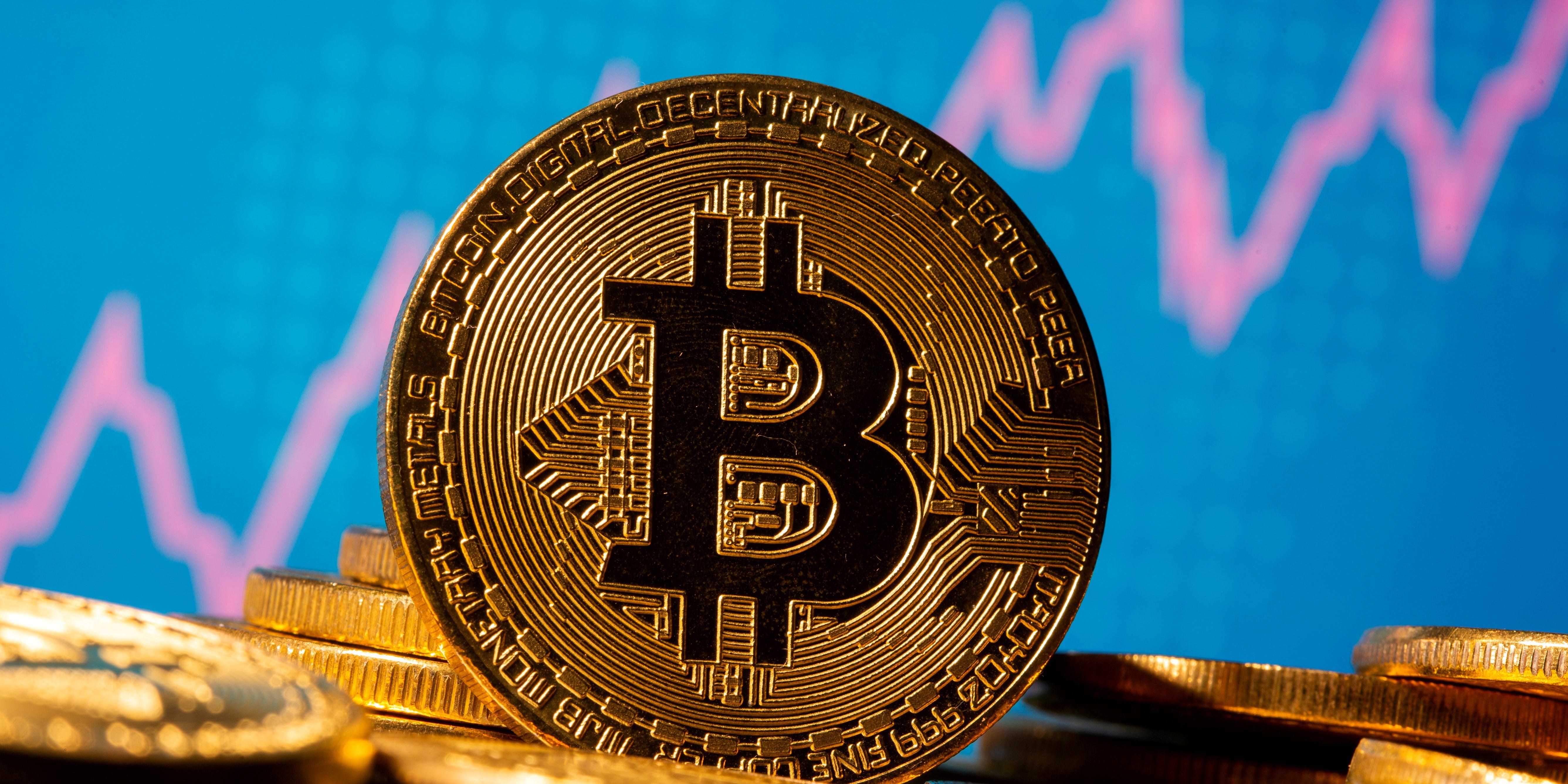 Dado Ruvic/ReutersBitcoin has risen by more than 30% this year so far
Shares of cryptocurrency-exposed companies rose in premarket trading on Wednesday as bitcoin climbed back above $US51,000 ($64,441).

The token tumbled as low as 18% on Tuesday to $US45,000 ($56,859) but has rallied back above $US51,000 ($64,441) after Ark Investment boss Cathie Wood told Bloomberg Tuesday evening she remains “very positive on bitcoin,” and is “very happy to see a healthy correction here.” Payments company Square’s announcement of an additional $US170 ($215) million of bitcoin also helped push the price back up.

Wednesday morning the business intelligence firm run by bitcoin bull Michael Saylor announced it purchased an additional $US1 ($1) billion worth of bitcoin, bringing its total bitcoin holdings to about $US4.78 ($6) billion.