Amanda CurranThough everyone’s experience is different, there are a lot of myths about being bisexual that just aren’t true.

According to the Kinsey Scale, sexuality is a spectrum. The way that you identify is not limited to “gay” or “straight,” and sometimes, it’s not limited to identity at all. There’s a societal pressure to choose a label to make your identity more simple or convenient for other people, and in doing so, it can be difficult to experience your journey on your own terms.

It took me many years to understand and accept that I am bisexual. Even as I say that, the identifier doesn’t quite sum it all up, because there’s more to my sexuality than the perception attached its label. There are a lot of misconceptions about what bisexuality means and looks like, and sometimes the stigma makes me want to scream. Let me clear some things up.

The prefix “bi” means two, and therefore there’s a belief that being bisexual means you’re attracted to men and women. Period. According to the Human Rights Campaign, bisexuality can be defined as an attraction to more than one gender, meaning that I am attracted to people that identify as female, as well as those who do not. Gender in itself is complex, and it would be naive to assume that bisexuality can simplify it to either male or female attraction.

I’m not confused about my sexuality.

There’s an unfair stigma that being bisexual is another way of saying that you’re confused as to what you want. That belief erases the bisexual identity as a whole by discrediting who I am attracted to. I am not unsure of who I love, this is not a phase, and I am not repressing some alternate, closeted sexuality. I am bisexual, and I am sure of this. No one gets to decide how you feel other than you.

Being bisexual doesn’t make you more likely to cheat on your partner. There’s an assumption that having an attraction to two or more genders makes someone less capable of being faithful in a relationship because their needs are not fulfilled by the gender of the person they are with. Sexuality has nothing to do with infidelity. A person’s loyalty to their relationship is personal and based on the individual, not their sexual identity.

Having an attraction to someone opposite the gender of the person you’re in a relationship with does not mean that you’re more likely to wander from your partner. Anyone is capable of cheating on their significant other – bi, straight, gay, trans, so on and so forth. Bisexuality is not the gateway drug to infidelity.

Bisexuality looks different for everyone.

There is no wrong way to own your sexuality. Everyone experiences a different journey to discovering their truth, and the way that I define my bisexuality might not look the same as the way you define your bisexuality. That does not make my identity more or less real than yours, it just means that we are different, and that’s OK. How boring would life be if we were all the same?

I am a part of the LGBTQ+ community. 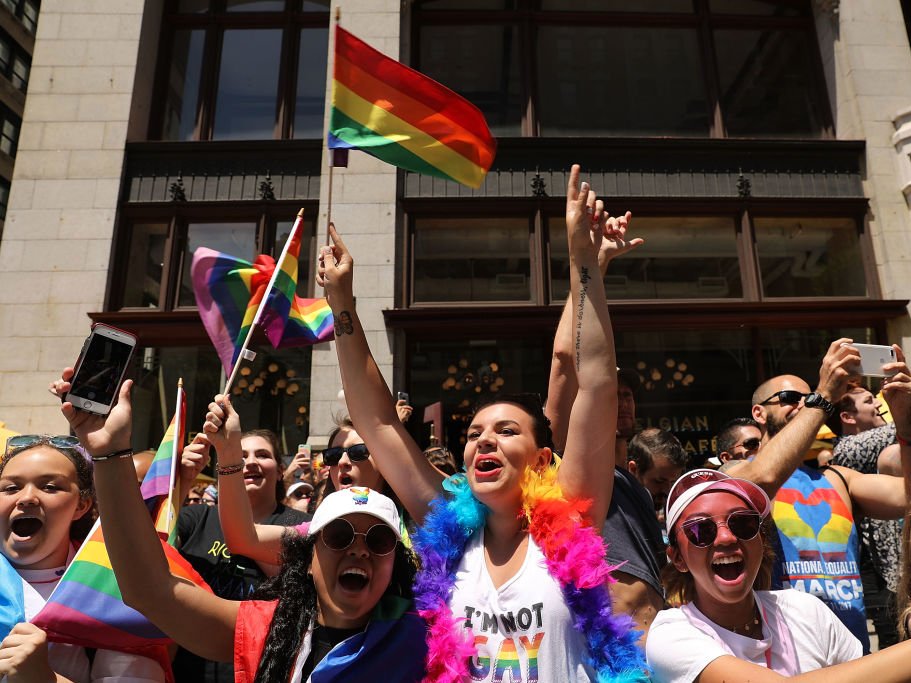 Spencer Platt/Getty ImagesThe ‘B’ should not be overlooked.

You see that B in LGBTQ+? It stands for bisexuality. That in itself should be an indicator that we are included within the overarching LGBTQ+ community, but bi-erasure is a real problem. There are some people within the community that fall into the trap of believing many of the stigmas against the bisexual community, and therefore they choose to negate the existence of our sexuality because it isn’t queer enough.