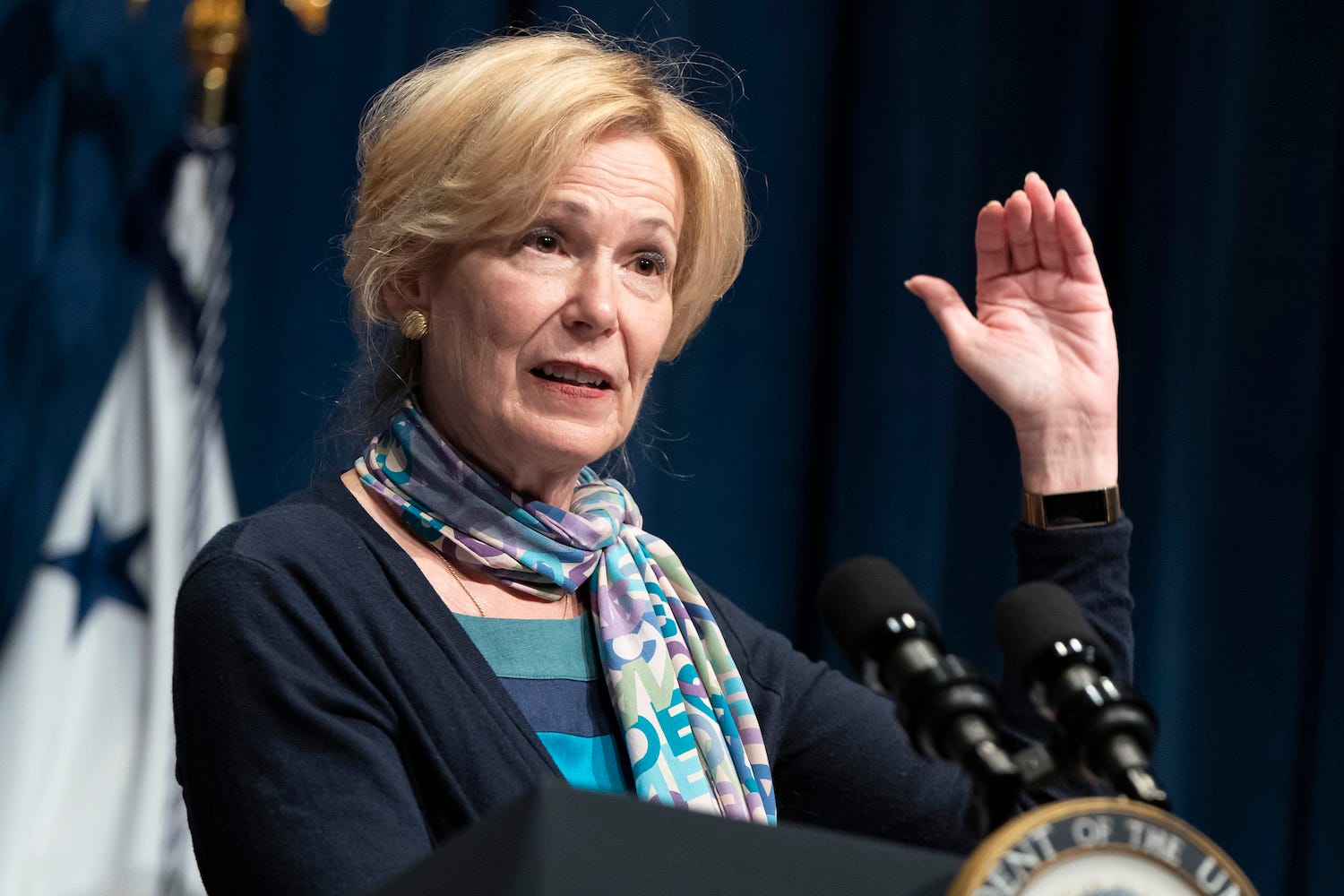 Dr. Deborah Birx, a key member of the White House coronavirus task force, travelled and saw some members of her extended family during the Thanksgiving holiday weekend despite urging Americans to avoid doing the same.

Birx went to Delaware the day after Thanksgiving, the Associated Press reported. There, she spent time with her husband, daughter, son-in-law, and two grandchildren. In a statement to the AP, Birx said these were people who are part of her “immediate household.” But they do not all live in the same home.

Leading up to the Thanksgiving holiday, Birx was one of the health officials urging Americans to sacrifice travelling this year to limit the spread of the coronavirus.

“It looked like things were starting to improve in our northern plain states, and now with Thanksgiving, we’re worried that all of that will be reversed,” Birx said on CBS News’s “Face the Nation.”People should “take it upon yourself to be restrictive” and selective about the ways they pass their holiday time, she said.

“If your family travelled, you have to assume that you were exposed and you became infected and you really need to get tested in the next week,” Birx added.

The White House did not immediately return a request for comment from Business Insider asking if Birx had received a test upon returning from her travels.

The Centres for Disease Control and Prevention also warned against travelling during this holiday season. Still, a whopping 1.1 million Americans travelled in aeroplanes on the final day of the Thanksgiving weekend.

The CDC also discourages indoor interaction with people from different households. “People who do not currently live in your housing unit, such as college students who are returning home from school for the holidays, should be considered part of different households,” a CDC webpage states.

Birx told the AP she had not gathered with her family in Delaware “for the purpose of celebrating Thanksgiving.” Instead, she said, she went to prepare the Delaware home ahead of a potential sale. But Birx and the other family members did share a meal together.

One of her relatives complained about her travel, telling the AP that Birx chose to skirt the guidance and it’s caused “family friction.”

“She cavalierly violated her own guidance,” said Kathleen Flynn, the sister of a brother married to Birx’s daughter.

Meanwhile, Birx’s father, Richard, defended her. “Dr. Birx is very conscientious and a very good doctor and scientist from everything I can see,” he told the AP.

Birx has been trying to secure a spot in the incoming Biden administration. She’s reached out to various Biden aides to make a case for herself. The Biden transition team did not immediately return a request for comment.