Biogen got a rare double upgrade on Monday from Morgan Stanley, which boosted its rating on the company to overweight from underweight citing compelling long-term risk versus reward.

Morgan Stanley also boosted its Biogen price target to $US357 from $US263. The new figure is more than 30% higher than Biogen’s Friday closing price.

“In the near-term, we believe BIIB is likely to face 10%+ in downside pressure due to multiple at-risk generic launches for multiple sclerosis (MS) drug Tecfidera,” analysts led by Matthew Harrison wrote Monday.

He continued: “However, we expect investors to quickly look past the Tecfidera downside and start to price in higher odds of success for aducanumab, Biogen’s investigational drug which is the first potential disease-modifying therapy for Alzheimer’s disease.”


Read more:
GOLDMAN SACHS: Stocks have never been more vulnerable to the failure of a few mega-companies – and the risks of a blunder are quickly piling up

Morgan Stanley said that it believes investors are currently pricing in a less than 25% probability of success, but that will increase to at least 50% as the drug moves closer to its potential FDA approval date, expected in March 2021.

Investors who take a “wait-and-see approach” could miss a potential up to 20% move in the near term for Biogen, according to the note.

“While BIIB remains a high-risk/ high-reward stock, we think now is the right time to take the risk,” said Harrison. 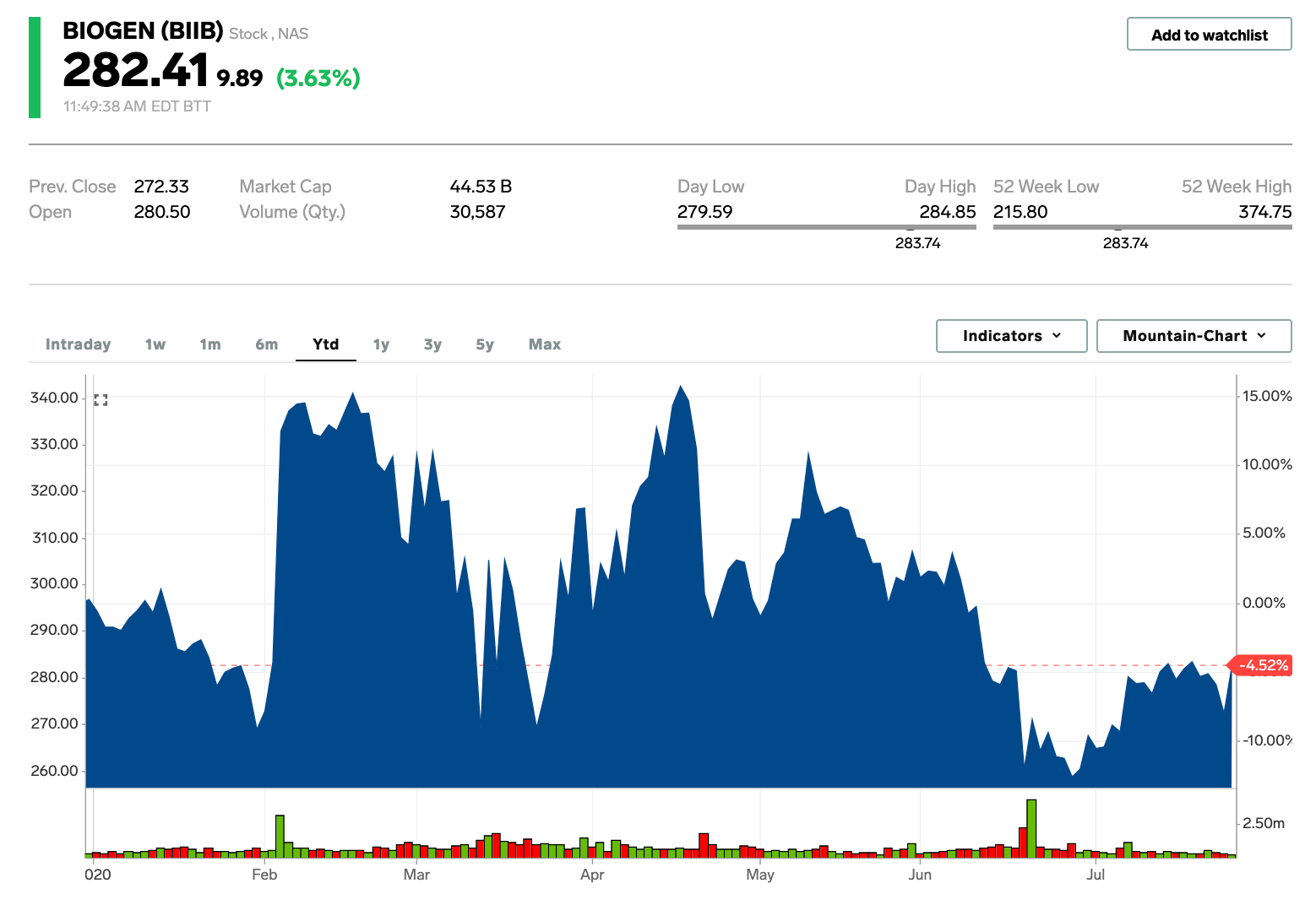