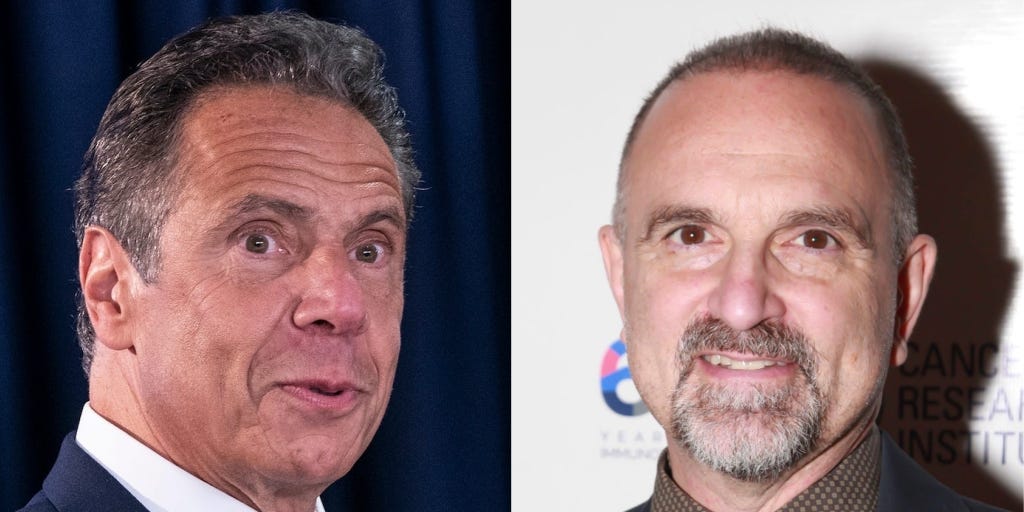 It followed claims that Cuomo had secured access to scarce supplies for members of his family as well.

Regeneron, a biotech company headquartered in New York state, had asked state officials for tests for its president George Yancopoulos and his family after a member of his household got infected with COVID-19, in March 2020, a company representative told Insider in a Friday email.

According to the Times, state officials granted the request and the Yancopoulos family were tested at their home in March – a time when New York was fast becoming the US epicenter of the novel coronavirus, and tests were scarce.

“As an essential worker, he was leading and meeting regularly with his team, and this was to ensure he did not pose a risk to that research team, who were actively working on new COVID-19 treatments,” said the Regeneron spokesperson.

The Office of the Governor of New York state did not immediately respond to Insider’s request for comment for this story.

On April 1, Cuomo announced that Regeneron was donating 500,000 coronavirus test kits for New York state to help with the shortage of test kits and swabs at the time. Regeneron told the Times that Yancopoulos was not involved in that effort.

The Regeneron spokesperson told Insider that the test-kit donation was conducted by employees to “help their community during a really difficult and scary part of the pandemic,” adding: “It has absolutely nothing to do with Dr. Yancopoulos being tested for COVID after a known exposure, and frankly it is insulting to our team to imply as much.”

This the first known example of somebody with business interests with New York state getting priority access to COVID-19 tests, the Times said.

The story follows accusations this week that Cuomo arranged priority, state-administered coronavirus tests for his family and other top state officials who were working on the pandemic response.

According to the Albany Times Union, members of the governor’s family were tested several times at their homes, with test samples prioritized for processing.

Among the family members who received early coronavirus tests was the CNN anchor Chris Cuomo, the brother of Gov. Cuomo, who announced he had tested positive on March 31 last year.

CNN defended Chris Cuomo’s actions on Wednesday, saying he was “acting as any human would” in reportedly accepting help from his brother.

Foye and Cotton both announced they tested positive for the coronavirus last March, with Cotton telling The New York Times he was concerned about transmitting the virus to his staff.

It is illegal under New York law for officials or state employees to use their power to “secure unwarranted privileges” for themselves or others.

Cuomo’s office has hit back at this week’s accusations. In statements provided to Insider, officials said some testing was done at people’s homes but did not name them, citing privacy laws.

“We should avoid insincere efforts to rewrite the past,” said Rich Azzopardi, a senior advisor to Cuomo, in a statement to Insider’s Kelsey Vlamis.

“In the early days of this pandemic, when there was a heavy emphasis on contact tracing, we were absolutely going above and beyond to get people testing – including in some instances going to people’s homes, and door to door in places like New Rochelle – to take samples from those believed to have been exposed to COVID in order to identify cases and prevent additional ones.”

Cuomo and his office have been mired in scandals this year. His office has been accused of pressuring state health officials to undercount nursing-home coronavirus deaths last summer and operating a bridge deemed to be structurally unsafe. Nine women have accused Cuomo of sexual harassment and misconduct.

The New York State Assembly’s judiciary committee is leading an investigation into Cuomo’s impeachment. On Thursday, the committee said it would also examine the reports that his relatives were given preferential treatment for COVID-19 tests.