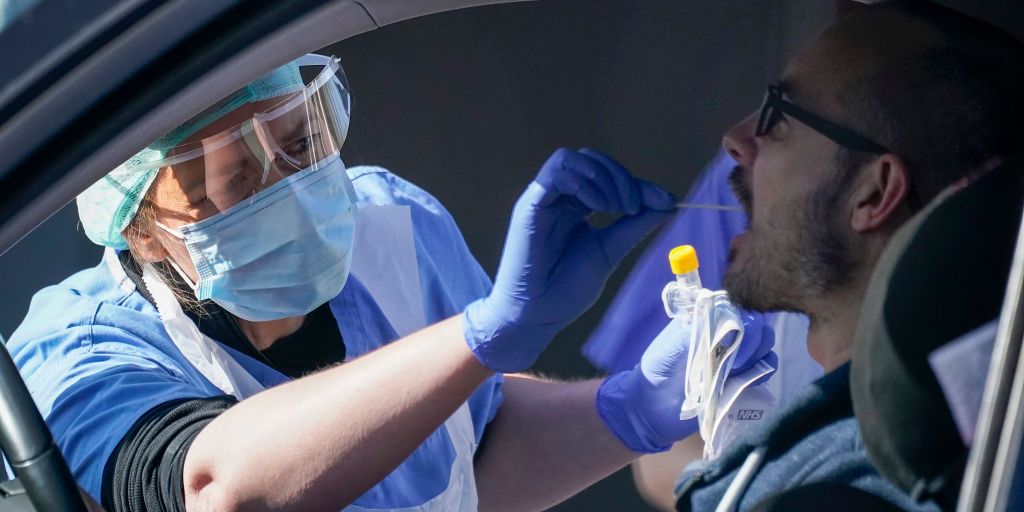 The 67-year-old billionaire philanthropist discussed the US coronavirus response on Thursday night during CNN’s global town hall with the hosts Anderson Cooper and Dr. Sanjay Gupta.

The US is now testing about 200,000 people a day. Experts from Harvard University have suggested that to fully “remobilize the economy,” the US needs to be testing 20 million people a day by midsummer.

Gates said that while the US was conducting a greater number of tests each day than it did earlier in the crisis, the latest testing didn’t accurately reflect the country’s population, particularly those in low-income areas.

Testing in the US remains a long and complicated task, and it can take several days before people are told whether they have tested positive or negative for COVID-19.

“If you get your test results within 24 hours so you can act on it, then let’s count it,” he said, adding that people were most infectious within the first three to four days after infection and might continue to interact with others and spread the virus until they have definitive results.

“What’s the point of the test?” he said. “That’s your period of greatest infectiousness.”

Gates added that residents of low-income neighbourhoods had lesser access to testing facilities and were not prioritised, despite indications that the virus has taken a disproportionate toll on marginalised communities.

“Our system fails to have the prioritisation that would give us an accurate picture of what’s going on,” he said.

Bill Gates says Asia's testing and contact tracing ability is far better than that of the US.

"Our system fails to have the prioritization that would give us an accurate picture of what is going on," he says.#CNNTownHallhttps://t.co/7cikMqksN7 pic.twitter.com/b2ixWM26F7

Gates has been warning about the risk of a pandemic for years, previously saying a global health crisis could wipe out 30 million people in less than a year. He told the Financial Times in April that COVID-19 was the “biggest event that people will experience in their entire lives” and that a viral outbreak similar to this one could happen “every 20 years or so.”

His foundation, which has committed billions of dollars to the research of other infectious diseases including HIV/AIDS, has already pledged over $US250 million in response to COVID-19. According to the foundation, the funds are being used to help poor communities prepare for the virus and are helping accelerate the detection and containment of the virus.

Earlier this week, Gates said in an interview with the Financial Times that his charity was giving “total attention” to the coronavirus pandemic.