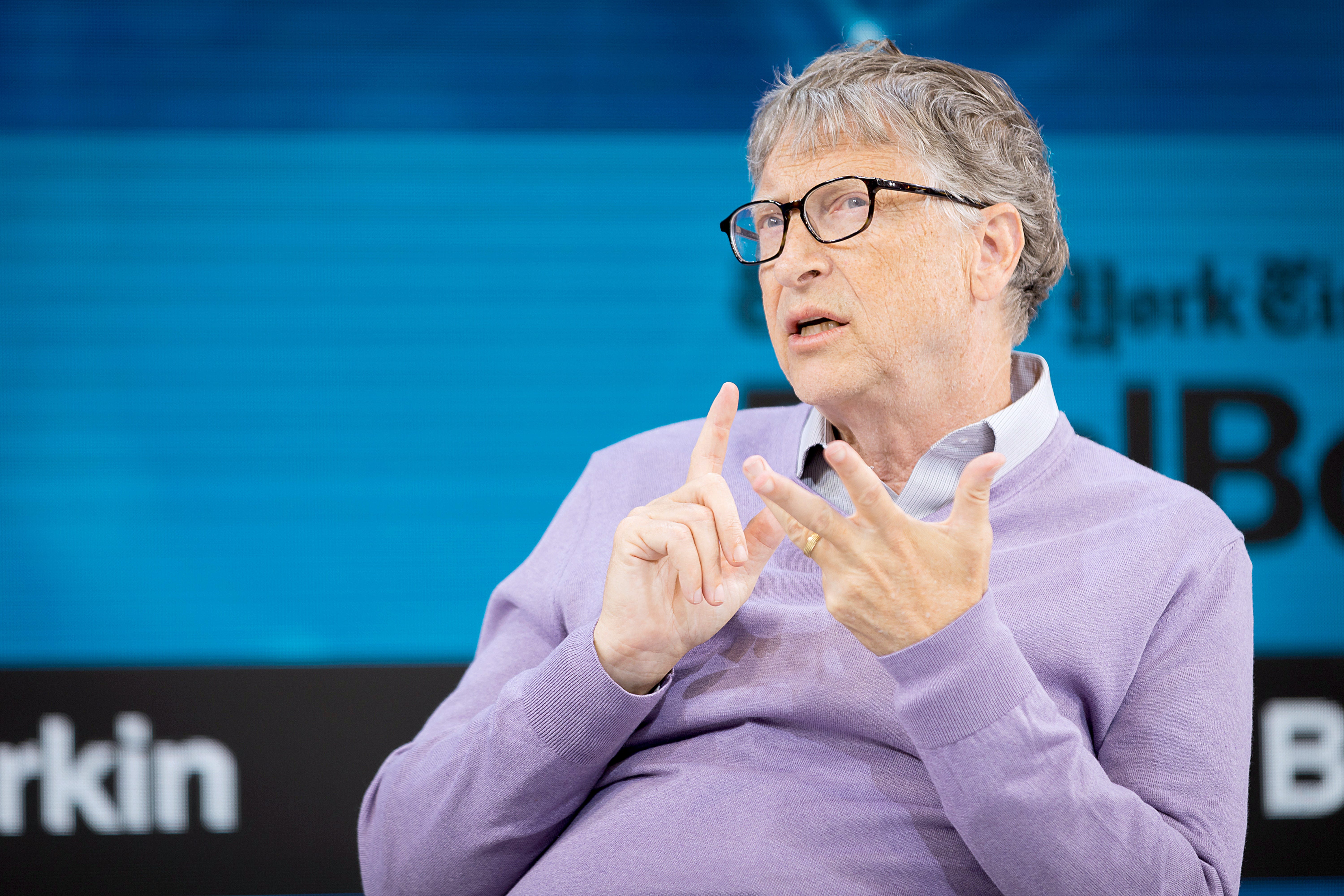 Mike Cohen/Getty Images for The New York TimesBill Gates’ foundation has pledged $US250 million so far toward fighting COVID-19.

Bill Gates believes we may eventually need to produce as many as 14 billion doses of COVID-19 vaccines globally and that we’re anywhere from nine months to two years away from making that happen.

In a blog post Thursday, the billionaire Microsoft cofounder and philanthropist outlined what the race for a vaccine could look like, including how long it will take to develop one that’s both safe and effective, how it will be produced, and who should get it first.

“We need to manufacture and distribute at least 7 billion doses of the vaccine,” Gates said, adding that number could be “14 billion, if it’s a multi-dose vaccine.” He said the vaccines should be distributed “as soon as the first batch is ready to go.”

After healthcare workers, people in low-income countries should be first in line for a vaccine when it’s ready since they’re more likely to get sick, Gates said. Higher rates of underlying health conditions, poor healthcare systems, and high population densities that make social-distancing measures harder to implement will allow the disease to spread more easily, he said.

Gates said there would be massive challenges in developing a safe and effective vaccine, as well as in producing, storing, and distributing them on such a large scale, and that it would require extensive global cooperation.

Despite the obstacles, Gates said: “I know it will get done. There’s simply no alternative.”

“Humankind has never had a more urgent task than creating broad immunity for coronavirus,” he said. “We need to make billions of doses, we need to get them out to every part of the world, and we need all of this to happen as quickly as possible.

With more than 3.2 million cases and 233,000 deaths globally, scientists have been working with unprecedented speed to develop a vaccine – a process that has typically taken multiple years – but experts say we’re still a long ways from being able to widely vaccinate people.

Anthony Fauci, the director of the National Institute for Allergies and Infectious Diseases, has similarly said the US is at least 12 to 18 months away from a working vaccine, though experts say an expedited timeline could introduce additional risks.

Still, Gates said he was optimistic about a few candidates that are being researched and tested.

“As of April 9, there are 115 different COVID-19 vaccine candidates in the development pipeline. I think that eight to ten of those look particularly promising. (Our foundation is going to keep an eye on all the others to see if we missed any that have some positive characteristics, though.),” Gates said.

Gates’ philanthropic organisation, the Bill and Melinda Gates Foundation, has pledged $US250 million toward fighting the novel coronavirus, and Gates recently announced that the organisation planned to dedicate its full resources to the pandemic.